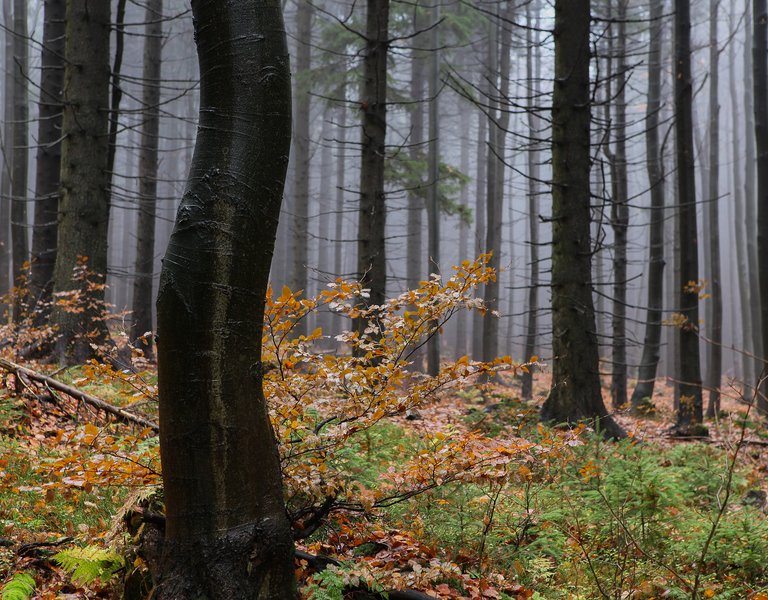 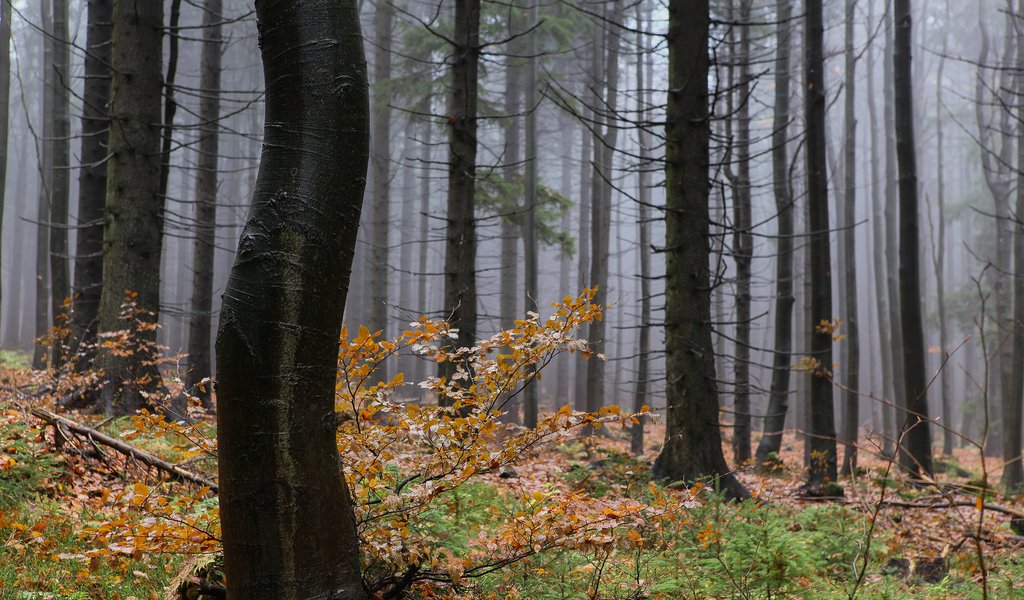 The forgotten 'Polish Operation' of the NKVD

In the 1930s, Stalin murdered 200,000 Poles. The Rodacy ’37 Foundation (“Compatriots Foundation”) seeks to honour the martyrdom of these individuals.

Poles are a proud people who value their historical roots. They are particularly appreciative of their countrymen who fell victim to atrocious persecution in the 20th century. Poland has built statues and museums, published books and created films in their honour. Touching ceremonies and events are organized in their name, during which we pay tribute to the sacrifices they made for the Polish nation.

Historians estimate that up to 200,000 Poles were killed in the event. This is:

To put this into perspective, we can use a more modern and tangible example. The number of people killed in the so-called 'Polish Operation' is more than four times the capacity of the National Stadium in Warsaw. This number is even more astounding given that 1,5 million Poles lived in the Soviet Union during the inter-war period.

Also shocking is the proportion of death sentences and imprisonments ordered during the operation – around 80 per cent of the total number was murdered. American historian Terry Martin writes that Poles were 30,94 times more likely to be shot than other ethnic minorities living in the Soviet Union at the time.

It is therefore difficult to believe that the victims of this genocide do not have a single statue built in their honour. There is not a single school textbook describing their suffering and only a couple of books exist on the NKVD’s 'Polish Operation'. There are no films or radio broadcasts on the topic.

There is no academic centre devoted to looking into the tragedy, collecting details about the victims. The only organization in the world that has covered the Polish Operation on a serious level is Russia’s Memorial historical and civil rights society. However, it does not present Poles with an account that is worthy of its historical magnitude.

In order to remedy this injustice, I set up the Rodacy ’37 Foundation together with a group of distinguished researchers and authorities on the issue.  It aims to inform the modern Polish consciousness about the NKVD’s Polish Operation – and honour the memory of its victims.

The direct trigger of the Polish Operation was the famous order No. 00485 issued on 11 August 1937 by Nikolaj Yezhov. The real initiator and brain behind the operation was Joseph Stalin. He declared that the whole territory of the Soviet Union is plagued by an conspiratorial element of the Polish Military Organisation (PMO). In reality, this element did not exist – it was the creation of Stalin’s unhinged imagination.

This did not pose a problem for NKVD investigators however. During long night-time interrogations – which used bestial and advanced torture techniques – detained Poles were forced to confess that they were Polish spies and members of the Polish Military Organisation. Polish nurses confessed to having poisoned Soviet children at the behest of the Organisation. Workers admitted to sabotaging machines. Members of kolkhozes said that they had set fire to land and barns.

In order to force these confessions out of the Poles, the Soviets used whips, batons, bayonets, rifle butts and at times even electricity. They used a whole range of torture techniques, many of which they later used in occupied Poland from 1944 onwards. These included the ripping out of fingernails, the burning of hands with cigarette butts, kicking of the kidneys, and the crushing of the testicles with office cabinets.

“The interrogator ordered all 15 detainees to take off their trousers and told the first three to lie on the ground,” the NKVD officer Mikhail Gluzman said. “Three officers beat the detainees with batons. Meanwhile, the interrogator ordered the other 12 to shout out ‘I am a Hitlerite, a fascist, I was given Nazi marks on 15 occasions.’ After the flogging of the three men finished, the prisoners were asked ‘who wants to make a confession?’ Everyone put their hands up straight away.”

He went on to say: “One time in June 1938, I went into to Maluka’s office by mistake and saw a prisoner who was being forced by Maluka and two other men to hold unisolated electric wires in his hands. The man was completely pale.”

A hospital nurse from Żytomierz who worked at the prison said that she was often called in during interrogations.  Each time the NKVD officers ordered her to write down fake causes of death – such as a heart attack or illness – for detainees that had been killed during the interrogations. Tortured, broken individuals were forced to provide names of alleged co-conspirators connected to the “PMO network.” In reality, they were the names of friends, family members and work colleagues.  These individuals were immediately arrested and the whole procedure was repeated. More night-time interrogations, more torture and more names forced out during confessions. A continuous cycle.

Joseph Stalin encouraged the invigilators to continue their “hard work” and he personally supervised the progress of the Polish Operation investigation. “Very good,” he wrote to Yezhov, adding “kick and clean out this Polish-espionage scum. Destroy it for the good of the Soviet Union”. Yezhov himself gave his underlings the following orders: “Beat the Poles as much as you can. Carry on in this spirit, extract confessions and don’t pay attention to anything else”.

As a result, Poles became hunted prey. They were searched for in telephone books (it was enough to have a surname ending “ski” or “wicz”) as well as on employment and tenancy lists. People in Polish districts were regularly bundled off.

Soon thereafter, all formalities became redundant. Poles were murdered on such a large scale that attention was longer paid to official causes of death or even…sentencing. At the height of the Polish Operation, Checkists even broke the inherently criminal Bolshevik law.

In many cases, people were simply murdered and their sentences were confirmed afterwards. Situations arose where surnames, dates of birth and prison cells were mixed up. As a result, prisoners were often mistakenly murdered just because they had a surname that resembled that of someone on the death list.

There is the well-known case of the particularly cruel NKVD officer in Kuibyshev – Ivanov. “He set up competitions to see who could kill a detainee with one single kick,” Tomasz Sommer wrote in his book titled the “Anti-Polish Operation”. “Ivanov himself, however, walked around in a white apron and carried a special device with which he cut people’s throats, which earned him the nickname “Doctor” among his cohorts. Ivanov demanded compassion in lieu of the fact that his health suffered as a result of the intensity with which he carried out the death sentences”.

Murdered Poles were dumped in burial grounds used by the Checkists since the revolution. They were buried in wastelands and thrown into rivers. Occasionally, the murders took place in abandoned churches and monasteries, in which case the bodies would simply be left there.

A Kyiv-based NKVD officer named Musogorski testified that: “People were shot in prison basements and during the night special tongs were used to load the bodies onto trucks. We used the tongs to grab the bodies by their necks and legs and throw them onto the trailers. We then covered them with a canvas and drove them to Bykivnia. We threw the bodies into pits, one after another”.

In many cases, the death of a detainee did not put an end to their persecution. After their execution – carried out on the personal orders of Yehzov – the family of the deceased were subjected to repression. Their widows were arrested and sent to gulags for a minimum term of five years.  Not many Polish women returned from these gulags. The children of “enemies of the nation” were also dealt with accordingly – those 15 years or older were to camps, and younger children were sent to orphanages, were attempts were made to strip them of their Polish identity.

Whole family fortunes were also confiscated. After the wife was arrested, the door to the family’s home was boarded over. As most families had several generations living in the same home, the parents of the murdered Pole were subsequently thrown on the street. Without a roof over their heads or an income, they rarely made it through the first winter.

Among the Poles who lost their lives during this period were the several dozen thousand Poles who had been resettled to Kazakhstan. During their Polish Operation, Bolsheviks deported Poles living in the vicinity of Poland’s borders. Deportations took place in horrendous conditions, many people – in particular children – did not survive the journey. Others died on arrival. The Polish Operation helped the Soviets depolonize the far Eastern Borderlands. They managed to remove all traces of Polishness from the area.

Tomasz Sommer wrote that “the word ‘genocide’ most accurately encapsulates the Soviet extermination policy of Poles. Certain demographic groups within the Polish population were killed off almost in their entirety, which led to a dystrophy of Polish families and that in turn led to a breakdown and the gradual disappearance of Polishness.

The Soviets authorities demonstrated that in order to kill off a certain nationality, one didn’t have to eliminate all of its members – it was enough to murder the people who formed the main backbone of society – in this case men in their prime – and ban the honouring of their memory. Once the backbone is gone, everything falls apart on its own. 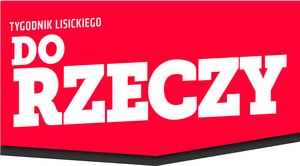