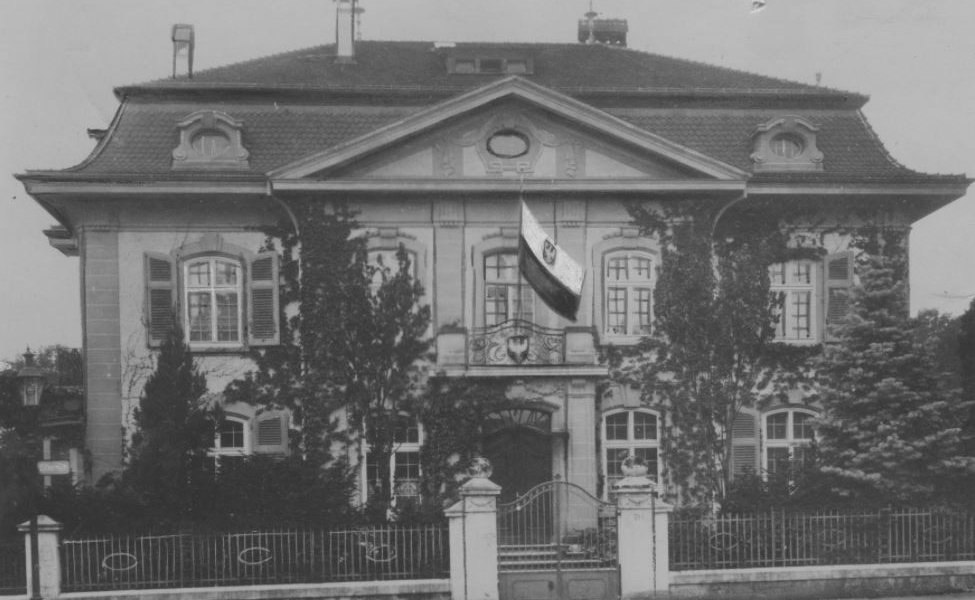 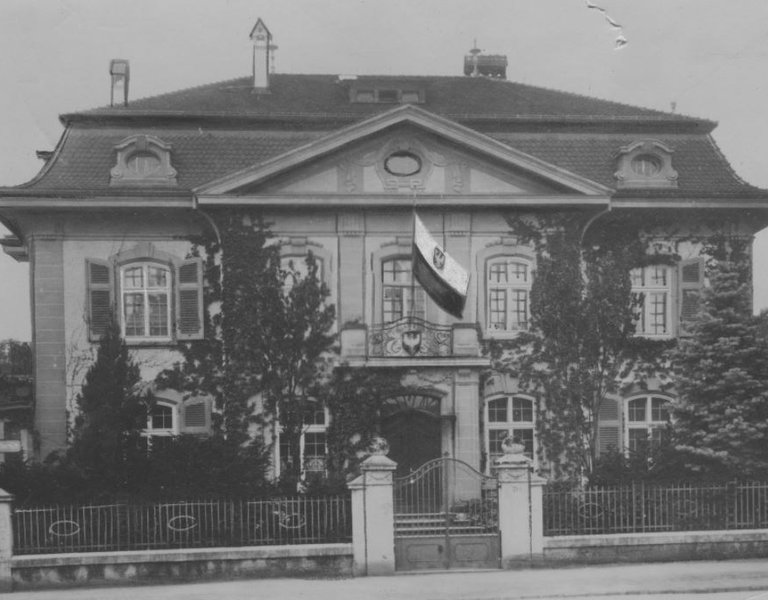 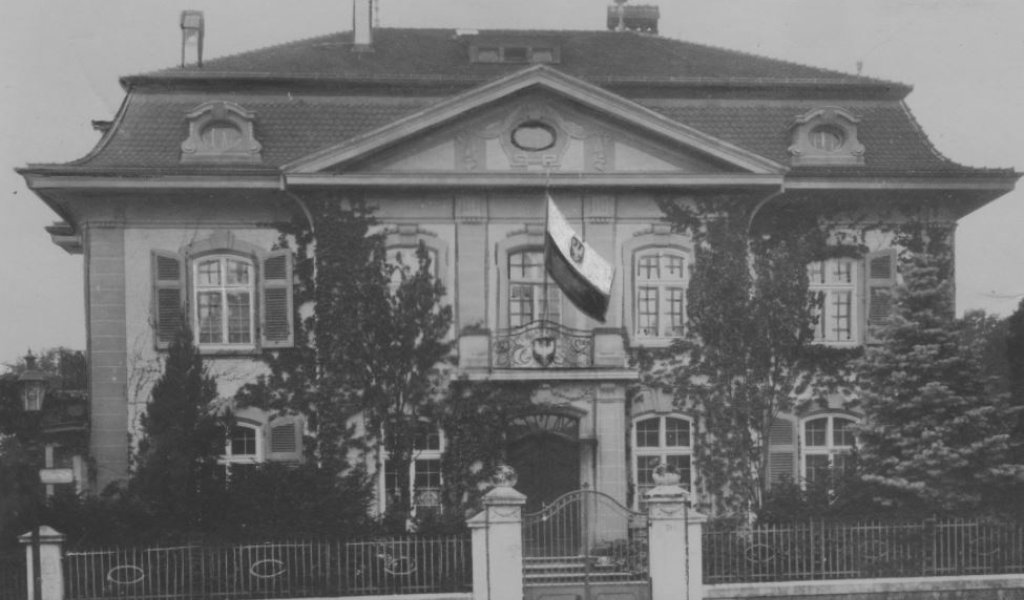 On August 8 Dziennik Gazeta Prawna published a sensational article by Zbigniew Parafianowicz and Michał Potocki about how a Polish envoy in Bern saved several hundred Jews from the Holocaust, together with Swiss and Jewish organizations in the United States. Yet another series of events from which Poland and Poles can draw pride and strength.

We wonder how long it will take before a Hollywood blockbuster, similar to Steven Spielberg’s Schindler’s List, is produced telling the world how an occupied country, the only country in Europe where people were executed for helping Jews, saved several thousand prisoners sentenced to death by the Germans. Here is yet another such story.

DGP journalists came across hundreds of unpublished documents that prove that the Polish envoy in Bern, Aleksander Lados, together with Jewish organizations in Switzerland and the United States, saved several thousand Polish Jews from death in concentration camps. They also found out that the Polish embassy in Bern produced numerous fake Latin American passports, mainly Paraguayan and Honduran, that were smuggled to ghettos in occupied Poland. What did the whole procedure look like? Using passports from Latin American countries for the preparation of false documents for Jews in ghettos in occupied Poland, or for issuing documents certifying the citizenship of the above-mentioned countries. Persons with such documents claimed that they were foreigners and therefore are not subject to German occupational regulations. So instead of extermination camps, they went to camps for interned foreigners, or to camps in France or Germany, where they were under the care of the Red Cross. And the Germans needed them as a possible exchange for their own imprisoned citizens. Among the holders of such passports, the percentage of survivors was significantly higher than those that did not have them.

The Republic of Poland’s diplomatic mission in Bern focused, amongst other things on, making contacts with Latin American representations, finding consuls willing to share blank forms, or write down surnames provided on them. Or complementing letters bearing names of people to save. Their letters, along with photographs, were sent to the Polish diplomatic missions by European and international Jewish organizations, for example by the chairman of the Relief Committee for the Warstricken Jewish Population, the former Member of the Parliament of the Republic of Poland Abraham Silberschein and the Swiss businessman of Polish-Jewish origin Chaim Eissa, as well as securing the delivery of completed documents to the consulates of the above mentioned countries.

The idea behind the whole initiative was probably created in Bern and was a result of the cooperation of the Polish Embassy and the activists of Jewish organizations. But, according to a document from 1943 found in the Archive of New Records, the operation based on the falsification of passports was also approved by the then Polish Ministry of Foreign Affairs. Most likely, the consent of the Ministry of Foreign Affairs was also given to other undertakings by Alexander Lados: providing radio communications to Jewish organizations, assistance in the transfer of money collected by American Jewish organizations for European compatriots, and the organization and transfer of food parcels and medicines to Poland. Furthermore, in the years 1940-42 the diplomatic mission also informed the Polish government in London about its efforts to prevent Polish refugees of Jewish origin from falling into German hands at the Swiss-German border. 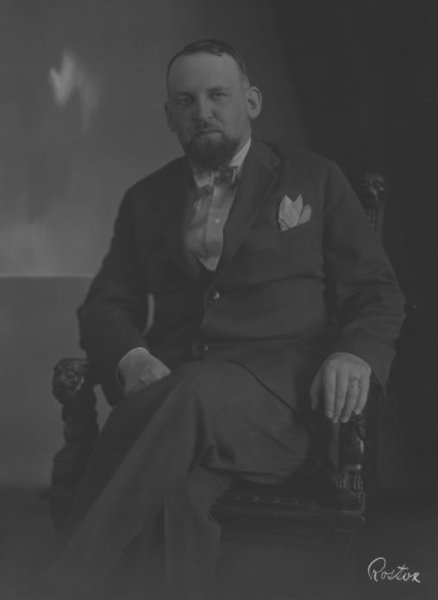 And now - who was the Chargé D'affaires at the time, Aleksander Lados? He was an experienced diplomat, a former envoy in Riga, the general consul in Munich, and in 1939-40 for a short period of time – a minister of the Polish government. In May 1940, because he had not received permission from Turkey to assume his post there as ambassador, he was sent to Switzerland. Due to fears by the federal government that Germany might protest, he worked in Switzerland only as the chargé d'affaires heading the diplomatic mission, bearing the official title of ‘envoy’. He held this position until 1945. He then lived in Switzerland for a while, before moving to France, from where at the turn of the 1950s and 1960s he returned to Poland. He died in 1963. As an envoy, Aleksander Lados not only provided the "protective umbrella" of the whole operation of issuing false passports to hundreds of Jews to protect them from death, from 1942 until the end of the war he also defended his subordinates against the charges of the Swiss authorities, who demanded that they cease actions aimed at creating fake identification cards. Aleksander Lados first refused to be released from his duties, and then tried, through the Polish government in London, to secure a diplomatic post for a Jewish-origin employee of the diplomatic mission, Juliusz Kuhl, so that he could be protected by diplomatic immunity.

But the brave envoy Aleksander Lados was not alone. Also engaged in the production of false identification cards was his deputy Stefan Ryniewicz, the consul Konstanty Rokicki and, as already mentioned, Juliusz Kuhl. How many false passports were produced, how many people were saved? In its thanks to the Polish government in 1945, the Agudas Yisrael organization gave the number of these ID cards as several thousand, and the number of people saved as several hundred. Other sources provide higher estimates. One should also remember that similar actions were taken by other consuls of foreign countries, other diplomatic missions and individuals. It is worth adding that the Swiss authorities were not happy with the extremely dangerous work undertaken by Poland’s diplomatic mission. Polish diplomats were followed by police and employees without immunity were questioned. And at the time that the whole operation was exposed in the summer of 1943, the Swiss were considering withdrawing Polish consuls’ exequatur - as was the case with the Honorary Consul of Paraguay Rudolf Hugli. Eventually, the Swiss authorities only sent a warning to the diplomatic mission about "the inadmissibility of these actions".

Finally, it must be said that the diplomatic mission’s staff acted completely selflessly in their efforts to issue false passports. Funds received by the mission from Jewish organizations and individuals were presented in the form of bribes to the Honorary Consul of Paraguay Rudolf Hugli and other consuls who collected 100 to 2000 Swiss Francs for a passport. This fact was confirmed in Hugli’s own testimony. And now the question: what documents prove the participation of Poles - employees of the diplomatic mission in Bern? Well, in 1942-46 this case was the subject of internal correspondence of the Swiss authorities, circulating between the ministries of Foreign Affairs, Internal Affairs, Justice, Federal and Cantonal Police, and the section of the police force dealing with foreigners. And now the DGP’s journalists have also been able to access the internal notes of the Ministry of Foreign Affairs - including notes on Lados’ intervention with Foreign Minister Marcel Pilet – and correspondence between representatives of the Jewish diaspora and the mission and the Apostolic Nunciature in Bern. As well as the testimony of individuals involved in the case, and individual and collective words of thanks to the employees of the mission, sent directly or to the Polish Government in London. And there is no doubt that - besides the Zegota organization, which systematically saved Jews in Poland - another great initiative of Poles saving Jews, this time abroad, in Switzerland, has now seen the light of day!

These noble, spectacular efforts have until now been practically unknown, even among the Polish community in Switzerland. Among the Jews it was known only partially - that such events took place – but it was not associated with the activity of the Polish diplomatic mission in Bern. Now, these heroic acts carried out over four long war years by people who saved a few thousand lives from the Holocaust have finally been recognised. And it is high time to write about it and tell the whole world. And pay homage to individuals who are no longer nameless, they are heroes from Warsaw.