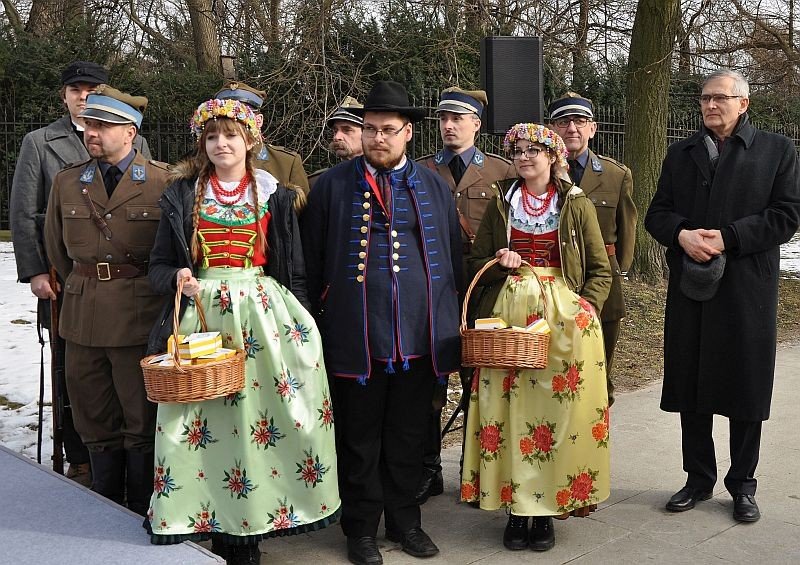 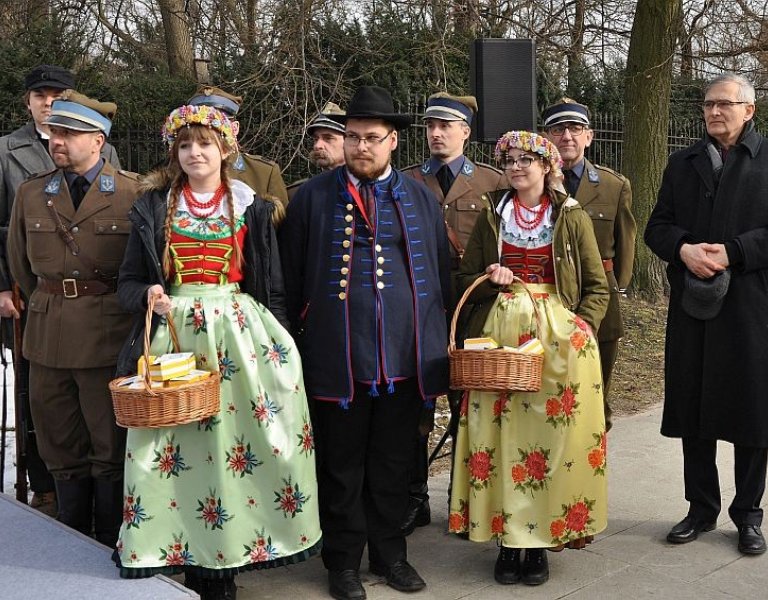 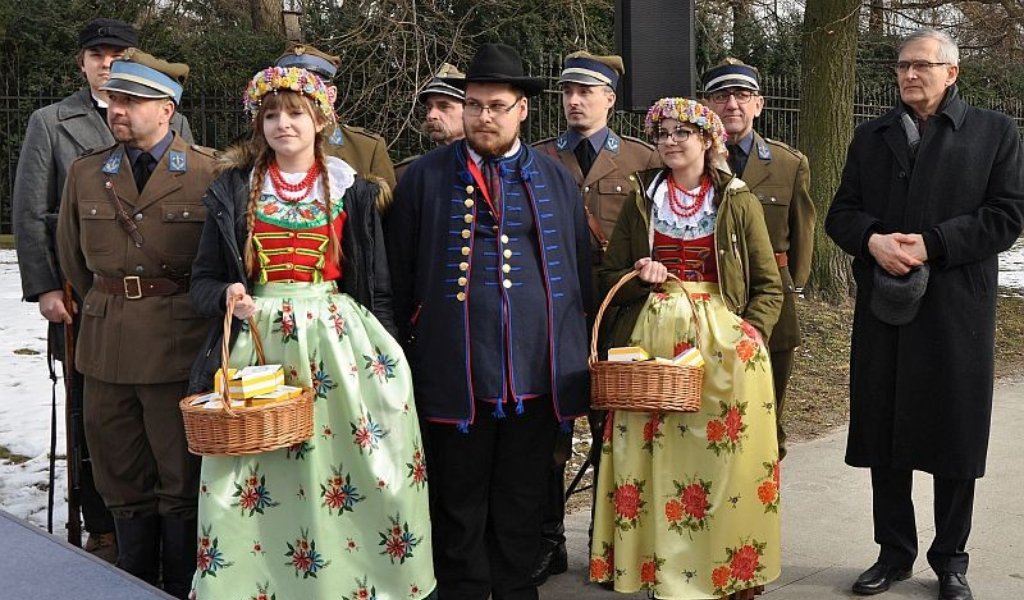 A monument honouring Wojciech Korfanty is unveiled at the intersection of Ujazdowskie Avenue and Agricola Street in Warsaw. An agreement on its construction was signed by Warsaw authorities and Dawid Kostempski, the president of Świętochłowice, a representative of the local governments of Silesian cities, who spearheaded the initiative to create the monument. 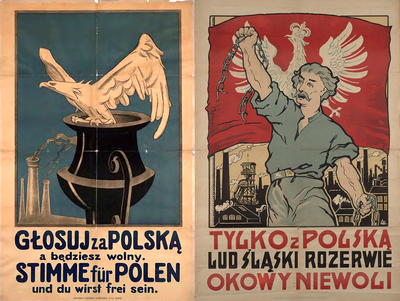 Wojciech Korfanty was a Polish national hero from Upper Silesia, a deputy in the Reichstag and Polish Parliament, one of the Fathers Of Independence regained by Poland in 1918. The ceremony of the unveiling of his monument in Warsaw, attended by President Andrzej Duda, coincides with the 101st anniversary of his famous speech in the Reichstag,  80th anniversary of his death and the hundredth anniversary of the outbreak of the First Silesian Uprising. The ceremony of signing an agreement on its construction took place on the 97th anniversary of the Upper Silesian plebiscite and was attended by re-enactors dressed in uniforms from the period of the Silesian uprisings.

In 2014, the Warsaw Council agreed to place a monument on the Royal Route. There are also monuments of other notable independence figures in the vicinity, including Roman Dmowski, Ignacy Jan Paderewski and Marshal Józef Piłsudski. 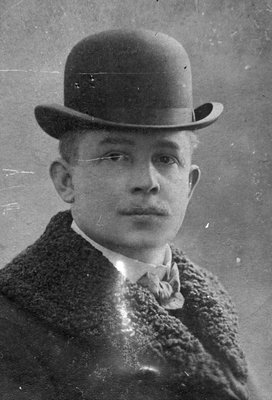 A Silesian politician and initiator of the Third Silesian Uprising one of the main figures of Christian democracy in the Second Republic of Poland, Wojciech Korfanty is one of the most important figures in Silesia and its struggle to join Poland. In plebiscites and rankings carried out in Upper Silesia, Korfanty is regarded as one of the most outstanding Silesians. Since 1993, an award named after him has been bestowed by the Upper Silesian Association - a regional organization promoting Silesian culture and tradition.

Wojciech Korfanty was born on April 20, 1873 in the Sadzawka settlement (now Siemianowice Śląskie). His father was a miner. In 1879 he started studying at the folk school in Siemianowice, then he was a pupil of the Royal High School in Katowice. He founded a secret circle there, whose aim was to spread Polish culture and knowledge of literature. He also established contacts with activists from Wielkopolska. He took part in pro-Polish meetings, where he criticised German Chancellor Bismarck, for which he was expelled from his gymnasium.

He graduated from high school in December 1895, after the intervention of the Wielkopolska deputy to the Reichstag Józef Kościelski; in the same year, he began studying at the Polytechnic in Charlottenburg. In the autumn of 1896, he moved to the Royal University of Wroclaw, where he completed two semesters at the Faculty of Philosophy. He interrupted his studies for two years to earn money to continue his studies. During this time he worked as a tutor for the Lithuanian aristocrat Witold Jundziłło. In 1899, he resumed his studies. In May 1901, he moved to Berlin for his last semester, where he obtained his certificate of completion.

In the years 1901-1908 he was a member of the National League, in which he worked with Roman Dmowski. From 1901, he was the editor-in-chief of "Górnośląska". In 1902, he was sent to prison in Wronki for publishing the articles Do Niemców (‘To Germans’) and Do moich braci Górnoślązaków (‘To my brothers from Upper Silesia’). In the years 1903-1912 and 1918 he was a deputy in the Reichstag and the Prussian Landtag (1903-1918), where he represented the Polish Circle.

On October 25, 1918, he addressed the German parliament demanding that all Polish territories annexed by Prussia be connected to the Polish state. Following the creation of independent Poland, he moved to Poznań. In the years 1918-1919 he was a member of the Supreme People's Council of the Wielkopolska government during the uprising. In 1920, as the commissar of the plebiscite in Upper Silesia nominated by the Polish government, he was in charge of all organizational, propaganda and political preparations.

Korfanty help initiate the Second Silesian Uprising, which no longer was - as a year before - a spontaneous outbreak of the Polish population wanting to join the region to Poland and a response of Polish military and plebiscite organizations to anti-Polish German activities against the upcoming plebiscite. The order to start fighting was issued on August 19, 1920 - the uprising began on the night of August 19 to August 20 and covered practically the entire industrial district.

The immediate goal of the insurgents was to oust the German Security Police from the plebiscite area, as well as to dismantle German paramilitary organizations and militias. Blocked by the allied armies, the uprising ended on August 25 on the order of its commanders. As a result, the German plebiscite police were replaced by a mixed Polish-German one, and people who had settled there after August 1919 were also removed from the plebiscite area.

Nevertheless, the plebiscite campaign was brutal, and both sides were involved in acts of terror. The decision to conduct a plebiscite, which was to decide on the division of Upper Silesia between Germany and Poland, was decided in June 1919 at the Versailles Conference. It finally took place on March 20, 1921. 40.3 per cent voted in favour of belonging to Poland, as a result of which virtually the entire plebiscite area fell to the Germans.

On receiving this news, previous single strikes by people dissatisfied with difficult material conditions and the unemployment in the region were transformed on May 2 into a general strike and on the night of May 2-3 into the Third Silesian Uprising. Once again, Korfanty was the leading figure. As an opponent of the political arrangements that had been made and the military outcomes, after the first military successes he gave the order to stop military operations and wait for the decision of the Inter-alliance Entente Commission.

As a result of the uprising, the division of Silesia was more advantageous for Poland. 29 per cent of the area and 46 per cent of the population joined Poland. The division was also beneficial for Poland economically - the annexed area contained 53 out of 67 existing mines, 22 out of 37 blast furnaces and nine out of 14 steelworks.

In July 1921, Korfanty left Silesia. In the reborn Poland in the years 1922-1930 he was a deputy to the Sejm representing the Christian Democrats (ChD). Following the failure to create a government by Artur Śliwiński, Korfanty was designated prime minister by the Head Committee of the Polish Sejm. However, in the face of protests by his opponent, the head of state Józef Piłsudski, and the threat of a general strike by the PPS, he did not start forming the government, and the commission withdrew its nomination.

From October to December 1923 he was the deputy prime minister in the government of Wincenty Witos and his adviser on behalf of the ChD. From 1924, he published the daily papers "Rzeczpospolita" and "Polonia". In 1930 he was arrested and detained in the Brest fortress together with Centre-Left deputies. After his release, he returned to Upper Silesia, where, however, as the political opponent of the voivode, Michał Grażyński, he was threatened with the prospect of being arrested again.

In the spring of 1935, in fear of reprisals, he emigrated to Czech Prague. He could not return to Poland even in 1938 for the funeral of his son Witold - the government of Prime Minister Sławoj-Składkowski refused to guarantee him safe passage. After the annexation of Czechoslovakia, he left for Germany via France. He was one of the founders of Front Morges (together with Ignacy Jan Paderewski, general Józef Haller and Wincenty Witos), and later the organiser and president of the Labour Party created by the merger of the Christian Democrats and the National Workers' Party.

He returned to Poland in April 1939, after the denunciation by the Third Reich of its non-aggression pact with Poland, where he was arrested and imprisoned in Pawiak prison. Despite public protests, he spent almost three months there. He was released on July 20 due to severe illness. He died on August 17. The circumstances of his death are controversial. One of the hypotheses even maintains that he was poisoned by the vapours of arsenic, which were soaked in the walls of his cell.

Korfanty was laid to rest in Katowice, at the cemetery on Francuska Street. His funeral, to which thousands of people came, became an expression of support for his independence policy and a great patriotic manifestation of Silesians remembering, among other things, that the third Silesian uprising, which he led, turned out to be one of two successful Polish armed riots.