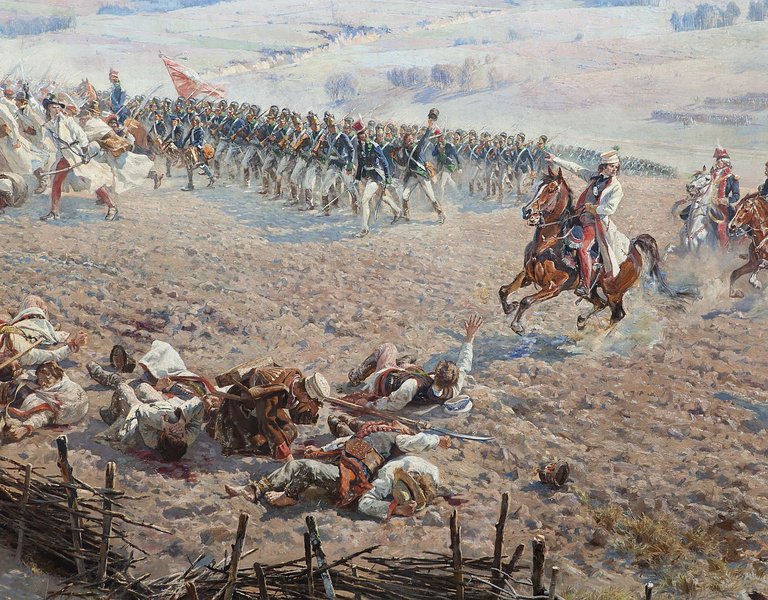 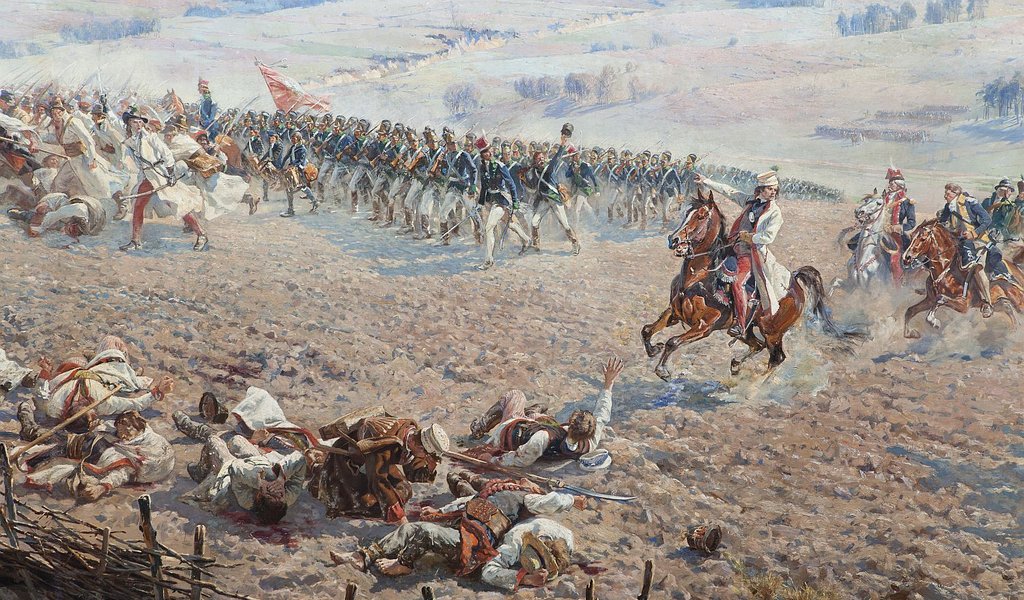 Tadeusz Kościuszko preceded his era building civil society. His friend Thomas Jefferson regarded Kościuszko as a father of the American nation, pointing out that his vision for America was developed during his conversations with Kościuszko, Michał Niezabitowski, a historian and director of the Historical Museum of Krakow, tells Polska.pl. The 4th of February marks the 270th anniversary of the birth of the Polish hero.

Karolina Kowalska, Polska.pl portal: Tadeusz Kościuszko is remembered within collective memory as a hero of the fight for independence, held in high esteem also in the United States. In your opinion, is this a rather superficial view of this historical figure? 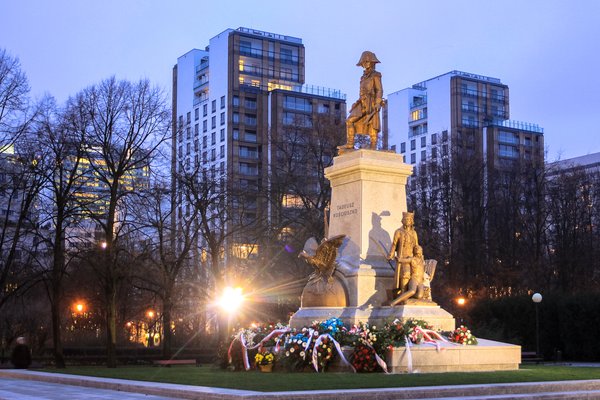 Michał Niezabitowski: Nowadays we have a superficial and incomplete understanding of him which is focused primarily on his role as a fighting hero within the military sphere. This view neglects the fact that he preceded his era by constructing civil society. It is worth noting that there are two different narratives regarding Kościuszko - a Polish one and an American one. Americans do not know that much about his activities in Poland and when it comes to his activities in America we know primarily that he was a hero and fought in the Battle of Saratoga. Not that many people are aware that his friend Thomas Jefferson regarded Kościuszko as the father of the American nation and mentioned several times in his memoirs that his vision for America was developed during discussions with Kościuszko held in 1796, when the badly wounded Polish hero spent almost a year in the United States. At the time Jefferson was Vice President in the Administration of John Adams, who did not support making the United States into an egalitarian republic. In terms of his views, Jefferson was in the absolute minority within the government. He was made vice president because at the time the position was given to the runner-up in the elections. On many occasions, he wrote that Adams diminished the achievements of the American Revolution and that it was his conversations with Kościuszko that kept his spirits high.

Did he make use of them later on?

Yes, when he became president. In his memoirs he called Kościuszko the most loyal son of liberty and the revolution, to whom he owes a lot. In particular, he said that it was the Pole who was the first person to talk about the freedom of African American slaves. In his will he even recommended that the slaves on his estate be freed. He named Jefferson as his will's executor but Jefferson was unable to carry out his instructions. Pressure from society to not free the slaves was so great that Jefferson lacked the courage to do it. He felt however, that this new outlook regarding social problems would one day gain ground. And that is what happened, albeit several dozen years later. Kościuszko preceded Abraham Lincoln by almost one hundred years.

What led Kościuszko to such a visionary outlook? Was it his education?

There is no doubt that he was well educated - first at a manor house in Lubieszów, then at a school run by a convent - the Piarist Order in Lubieszów - and later at the Corps of Cadets, where he was one of the best students and where he embraced the notion of civic duty under the patronage of Adam Kazimierz Czartoryski. After graduating, the king granted him a scholarship to study in France, which was on the cusp of revolution. His letters and memoirs tell us that by observing the developments in France he learned first hand about social changes. However, his views on problems within society were not only formed by his education but also by his astounding sensitivity. He was a very ambitious individual. He had radical views on the enfranchisement and release of Polish peasants from serfdom, which was a form of quasi slavery. The Proclamation of Połaniec, which he published in 1794, was an absolutely revolutionary document for its time. In Poland, he left behind certain ideas about the state that were not put into practice because of the partitions. They were however implemented in Kościuszko's second homeland, the United States. 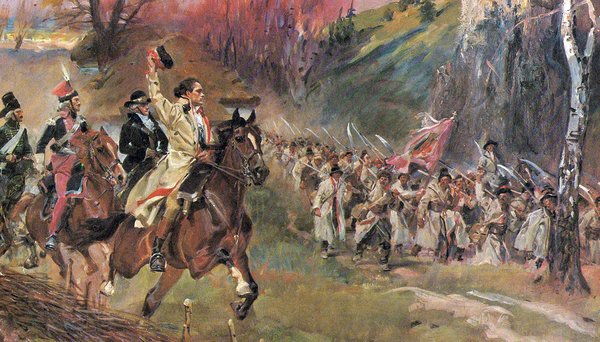 Tadeusz Kościuszko - (born on 4 February 1746 in Mereczowszczyzna, died on 15 October 1817 in Solothurn, Switzerland) - Polish and American general, military engineer, participant in the American Revolutionary War (1775-1783), Supreme Commander of the Polish National Armed Forces during the Kościuszko Uprising in 1794.

Born into nobility, a graduate of the Corps of Cadets in Warsaw and the Royal Guard Military Academy for Cavalrymen in Versailles close to Paris. He returned to Poland in 1775, three years after it was partitioned by Russia, Austria and Prussia. He then went to Dresden before making his way to the United States, where he was enlisted as an engineer in the American Army. He took part in the defence of Philadelphia. As an expression of gratitude, George Washington trusted him with the task of building a strong fortification at West Point. On his own request, he was moved to the South where his skills helped the Americans win their war of independence. In 1783, Congress promoted him to the rank of brigadier general of the American Army and he was given a substantial amount of land as well as money, which he dedicated to the freeing and the education of African Americans. He entrusted the rest of his fortune to Thomas Jefferson, the enforcer of his will, for abolitionist causes.

In 1784 he returned to Poland, to Siechnowicze, where he limited the serfdom of local peasants. He was involved in national liberation efforts during the Polish-Russian War of 1792, after which he went into political exile. While in exile he prepared a plan for a national uprising. On 24 March 1794, in Krakow's Main Square, he took a solemn oath confirming him as the Commander in Chief of the Polish Armed Forces during the national uprising. For two years he was the leader of the uprising. Wounded on 10 October 1794 in a battle close to Maciejowice, he was imprisoned in a fortress in Petersburg and later released after tendering his oath of loyalty to Tsar Paul I. Between 1798 - 1815 he lived in France, where he helped set up the Polish Legions.

In Poland we usually associate him with military victories. 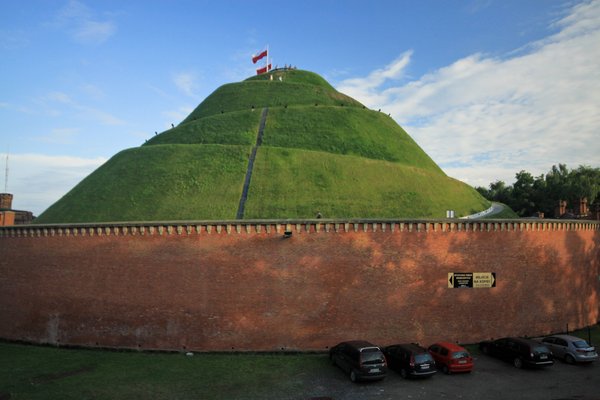 This is also what Americans associate him with - and as his military achievements were not that spectacular it is difficult to prove his eminence. He was, after all, not the only general in the American Army, he didn't win the Polish Uprising, so in terms of military activity he was not exactly Napoleon. We give Tadeusz Kościuszko great symbolic value, which no doubt he deserves. He was of course the symbol of Poland's fight for independence. By being seriously wounded and having to leave Poland forever, he underwent additional sacralisation and assumed a cult-like following. His memory was given almost hagiographic qualities. Accounts of Kościuszko from the 19th century resembled the lives of medieval saints - based on vita, passio and miracula - life, passion and miracles.

Tadeusz Kościuszko was also the subject of many portraits, obviously not done in person, and some of them depicted him as the sweet Saint Anthony, covered with icing colour print on the one hand and patina on the other. As a result he unfortunately became an abstract figure, with whom one could not identify. By projecting our patriotic sentiments through him we have built a monumental statue to his memory but we have also deprived his figure of all colour. After all, he was a human being with weaknesses, also relating to his character, having gone through several love dramas which weighed down on him and made him feel unfulfilled. He became the face of his motherland, he had to be flawless and that is the problem, because by nature every person has their share of flaws.

And as a flawless person he became the patron of the 303 Polish Fighter Squadron during the Second World War?

This was someone who was difficult to link to controversy, someone consistent in their life work and views - that is why many groups and individuals liked to have him as their patron. As a figure known around the world, this also became the case during the Second World War. The 303 Polish Fighter Squadron formed in Great Britain was not the only group to use Kościuszko's name. Berling's Army, the Polish Armed Forces in the Soviet Union, also used his name - this is despite the fact that he spent part of his life fighting the Russians and another part fighting the British. When the 303 Division was created there was already an alliance between Great Britain and the United States. For their part, the Communist regime recognized society's affinity to Kościuszko and realized that they could use it for propaganda purposes. He freed the peasants and the Communists planned to implement agricultural reform, so he was a comfortable fit. Apart from that it was easier to recruit people to fight under Kościuszko's banner, it gave Berling's soldiers the feeling that they were fighting for a just cause.

You are creating a screenplay for a film that tries to humanize the figure of Kościuszko. Why is such a film necessary?

I believe that young people today don't have a clear understanding of who he was, that is why a film portraying him as a real person is needed. Showing him as a hero, a genius of sorts, someone extremely respected who created a vision for society which gradually took shape in the 19th century. But also a person made of flesh and bones, who experienced serious disappointments in his love life which weighed down on his life. He was incredibly sensitive and had a unique approach to femininity. I want to show an artist in the shoes of an officer - after all, Kościuszko also painted and composed music.