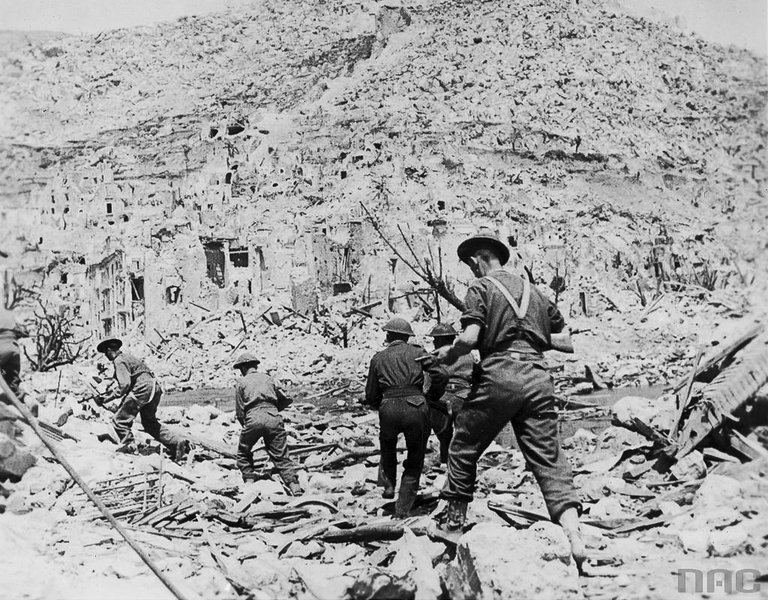 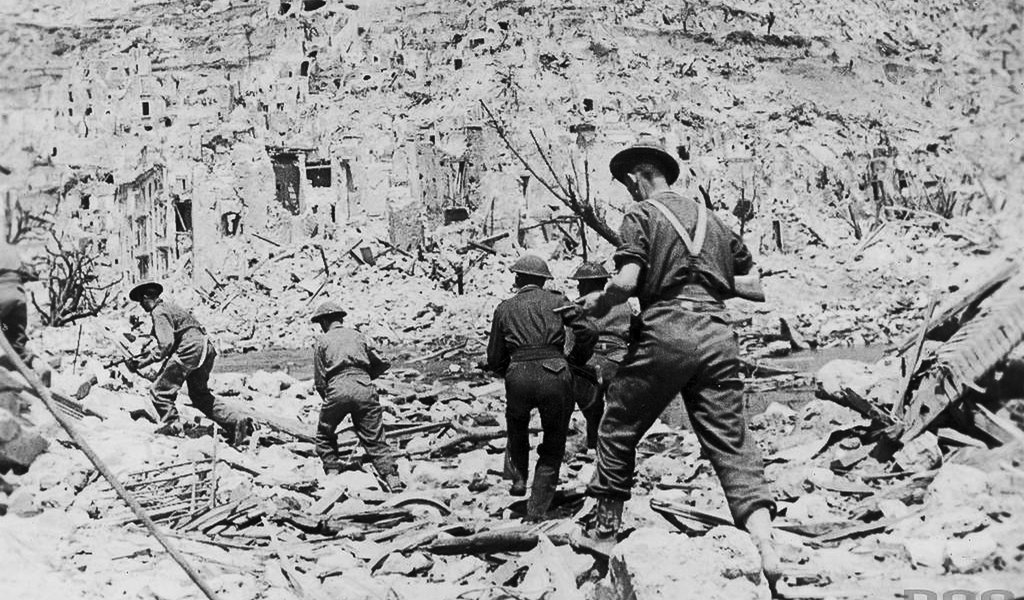 With victory secured by the Allies on 18 May 1944, the Battle of Monte Cassino, one of the toughest and bloodiest battles of World War II, takes a special place in Polish history. The Memorial Museum of the 2nd Polish Corps of General Władysław Anders, to whom we owe this historic victory, has been open for visits since 2014 at the Polish military cemetery at Monte Cassino.

“22 days under constant fire, in terrible conditions, seven days of fierce struggle to break German defences... It was not just the Battle of Cassino, it was a battle for Poland,” General Anders recalled years later in his book titled “Without the Last Chapter.” The Museum commemorating Polish participation in the battle is located at the Polish military cemetery at Monte Cassino. Thanks to the efforts of many individuals and institutions from Poland and abroad, tourists have an opportunity to explore the history of the Polish 2nd Corps soldiers and their contribution to the liberation of Italy during World War II. 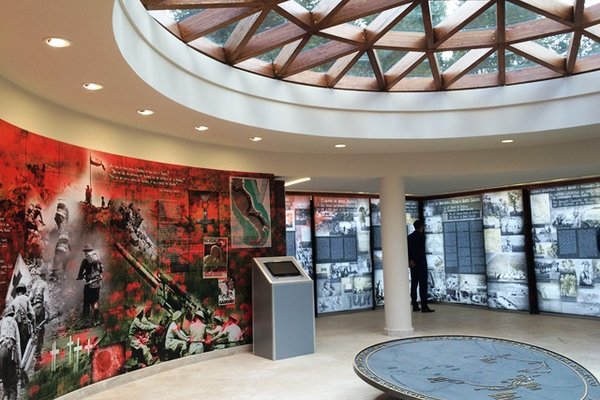 A cast iron medallion with a diameter of two meters weighing about 400 kilograms, made by Antoni Grabowski, a professor of the Warsaw Academy of Fine Arts, occupies a central place at the museum. The medallion depicts the whole war trail of the 2nd Corps soldiers, from Buzuluk in the USSR—the first staff headquarters of the Army of General Władysław Anders—to the United Kingdom, where the 2nd Corps was finally demobilised.

Ten backlit thematic panels were installed on the walls. They succinctly and vividly present the history of the 2nd Corps, from the German invasion of Poland in September 1939 down to the post-war period and the fate of General Anders’ soldiers in exile. The history of the Corps is told in three languages ​​(Polish, Italian and English). The exhibition uses over 120 photographs and historical maps compiled from institutional and family archives from all over the world. Some of the photographs have never been published before and were provided by descendants of 2nd Corps soldiers as well as by enthusiasts of Polish culture and history. Cynthia Haven from the U.S. Stanford University is one of them. She describes the opening of the museum in vivid detail on her blog. 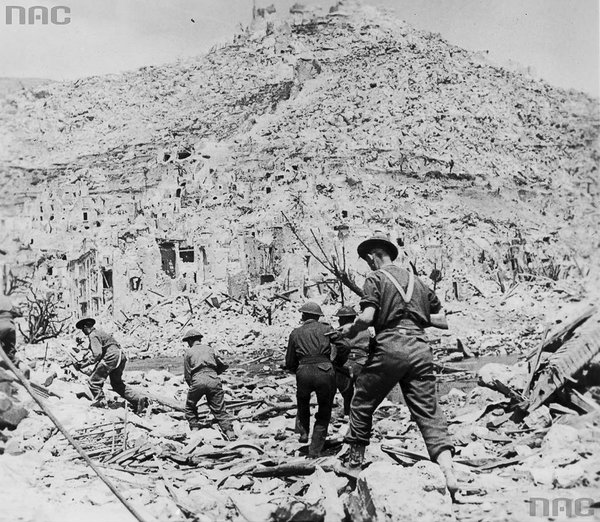 A TV screen displays archival footage of the 2nd Corps. What is more, the museum offers two multimedia points. The first one is dedicated to Polish war cemeteries in Italy and provides, among other things, a grave locator for four Polish cemeteries: at Monte Cassino, in Bologna, Loreto and Casamassima. The second point is dedicated to children, and is a spot where the youngest visitors can learn the story of Wojtek the Bear who became a “soldier” and, together with the General Anders’ army, joined the war trail from Iran all the way to the United Kingdom.

Every day, Monte Cassino attracts numerous groups of tourists from Poland and around the world. For many it is their first opportunity to learn about the contribution that Poles made to liberate Italy during World War II. They are moved hearing the story of this battle and the fate of the 2nd Corps soldiers, as can be seen by reading the entries in the guest book:

“I haven’t known your history and the great sacrifice of your nation. Thank you for our freedom!” reads an entry in Italian. “Thank you for your story,” adds Giorgia, a student.

"I’m moved and positively surprised with the Centre. Respect for its employees and artists.”

"We’re proud of the soldiers who fell in the Battle of Monte Cassino. We’ve also found data on my great-grandfather who rests at the cemetery in Bologna. Thank you for creating this place.” 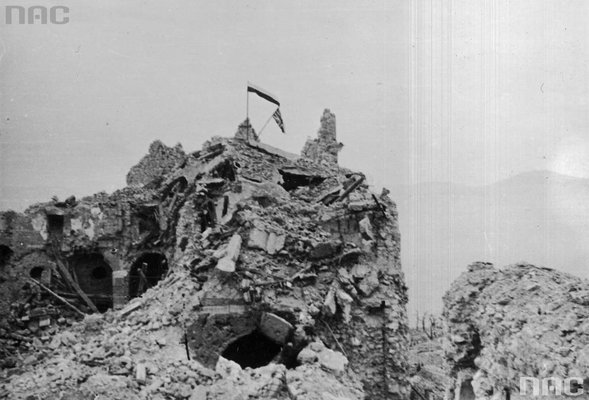 In April 1944, the 2nd Polish Corps in Italy numbered about 48,000 soldiers and was part of the British 8th Army. After landing in the Apennine Peninsula,

Polish troops were given orders to defend the Sangro-Volturno river line, including front positions in the Mainarde Mountains. They would then fight in the fourth Battle of Monte Cassino on a patch of land fiercely defended by elite German units. Since January 1944, the Allies had unsuccessfully tried to break the Gustav Line, suffering heavy causalities. The bombing of the abbey and town of Cassino by  (mainly U.S.) air forces in February and March turned them into ruins and made them hard to capture. The five-month-long Battle of Cassino was fought by soldiers from all continents: Europe, Africa, Asia, America and Oceania.

On the night of 11 May 1944, after long and difficult preparations, the decisive fourth battle began to break the Gustav Line by carrying out two operations which involved the encirclement of the monastery hill at Monte Cassino. The Polish advance was aimed at capturing the mountain massif of Monte Cassino-Monte Cairo. Despite fierce fighting and heavy causalities, the first attack on 12 May did not create the intended breakthrough, yet the operational objective was reached. The second attack began on the evening of 16 May. On 18 May at 9.45 am, a patrol of the 12th Podolski Lancers Regiment reached the ruins of the monastery at Monte Cassino. Soon after that, the Polish flag was raised there followed a little later by the British Union Jack next to it.

Winning key German defensive positions and breaking the Hitler Line opened the way to Rome, which was taken over by the U.S. 5th Army on 4 June. The 2nd Polish Corps paid a very high price for its victory: 923 dead, 2,931 injured and 345 missing in action (of whom 251 were found). The number of fallen officers was also high, approximately 7%. Considering all the battles fought around Cassino and including all the missing, wounded and captured, the battle lasting half a year claimed 200,000 casualties on both sides.