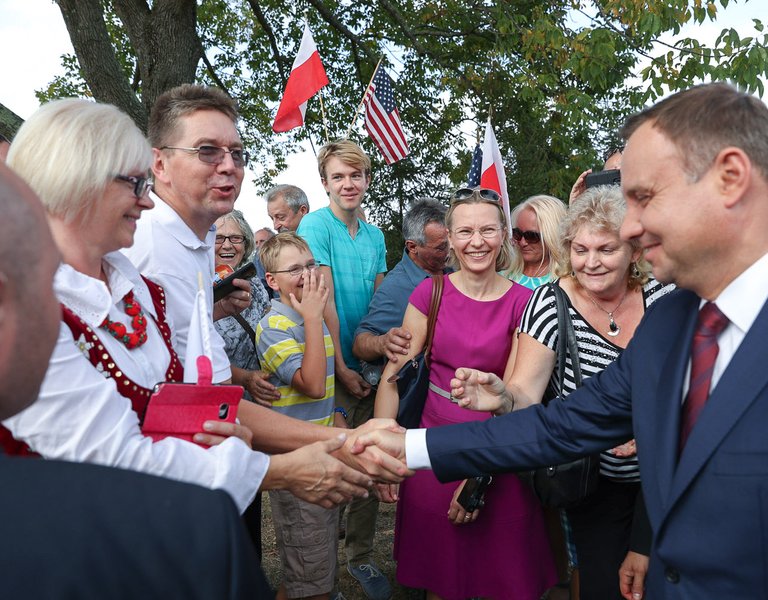 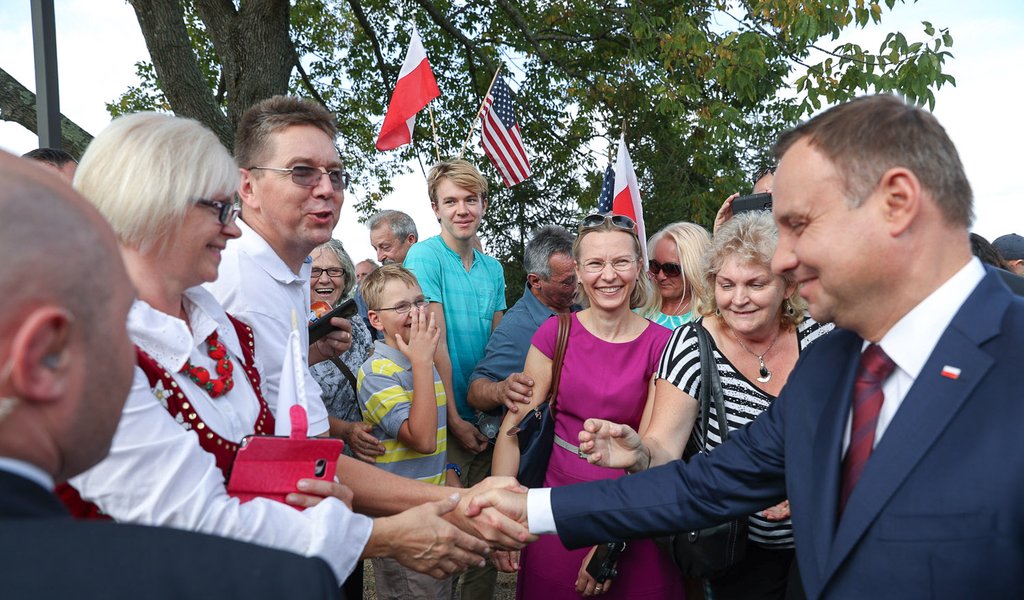 Monument to the Indomitable Soldiers in Doylestown

“By honouring and revering the Damned Soldiers, Poland regains its dignity,” stressed President Andrzej Duda at a ceremony unveiling a monument commemorating their sacrifice held at Doylestown cemetery on Sunday.

“The Damned Soldiers were beautiful people, raised in a patriotic tradition, with a deep sense of value attached to their homeland. For them, there was nothing more terrible than there not being a free fatherland,” said the president during the ceremony at the Doylestown cemetery, which hosts the National Shrine of Our Lady of Czestochowa. “They saw that a free Poland was still a dream, and all that had changed was the yoke. They did not accept Poland’s sham freedom,” he added.

Duda pointed out that the Indomitable Soldiers formed the largest underground fighting movement after World War II. “These were hundreds of thousands of young people ready to die in a hopeless situation, because it was known that the Yalta order would not be easy to change. They were aware that the enemy they faced knew no mercy, but still they did not give up. Today it is well known, also to the young generation, that it was they who behaved the proper way,” said the president.

President Duda stressed that the fact that the Damned Soldiers are revered today, shows that “Poland is regaining its dignity, because a state that does not honour its heroes has no dignity.”

During an earlier meeting in the Pilgrim’s House, the president told the Polish community that he was grateful they remembered about the victims of the Smolensk disaster, about people who “gave their lives in the service of Poland, for its freedom, sovereignty, and independence.”

President Andrzej Duda expressed his appreciation for the Polish diaspora. He said that “Poles are a community of people who are faithful to their principles, tough, and reliable,” and as such they contributed to the July NATO Summit in Warsaw. He emphasised that the decisions made at the summit strengthened Poland’s security.

“Of course, those decisions largely depended on the US authorities. I thank you for being here and showing that it is worth standing in Poland’s defence, that it is worth being with the Poles, it is worth having such an ally. You also deserve the credit for that. You and our soldiers who, together with the Americans, shed their blood in Iraq and Afghanistan,” Duda said.

During the meeting with the Polish community, the president decorated five Polish activists “for their outstanding achievements in promoting the truth about Poland’s history and their activities for the Polish diaspora in the United States.”

The Officer's Cross of the Order of Merit of the Republic of Poland was awarded to Tadeusz Antoniak, the head of the Committee for Commemoration of the Smolensk Disaster, Father Rafał Walczyk, prior of the National Shrine of Our Lady of Czestochowa in Doylestown, and Stanisław Śliwowski from the New Jersey division of the Polish American Congress.

The president awarded the Knight's Cross of the Order of Merit of the Republic of Poland to Franciszek Gardyasz of the Circle of Friends of Radio Maryja in Perth Amboy, and Grzegorz Tymiński, the creator of a web portal dedicated to reviving the memory about the Indomitable Soldiers and raising historical awareness within the Polish community.

On Sunday evening local time, the Polish president and his wife laid flowers at the Katyn Memorial in Jersey City.