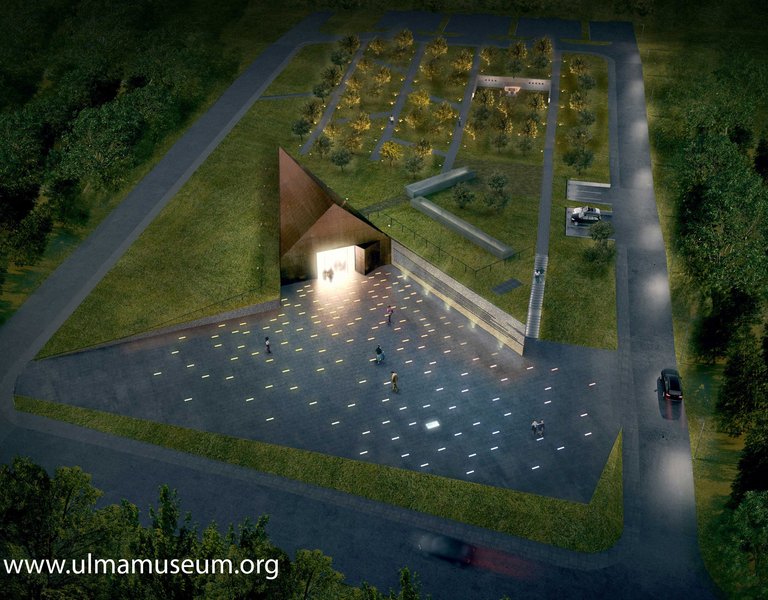 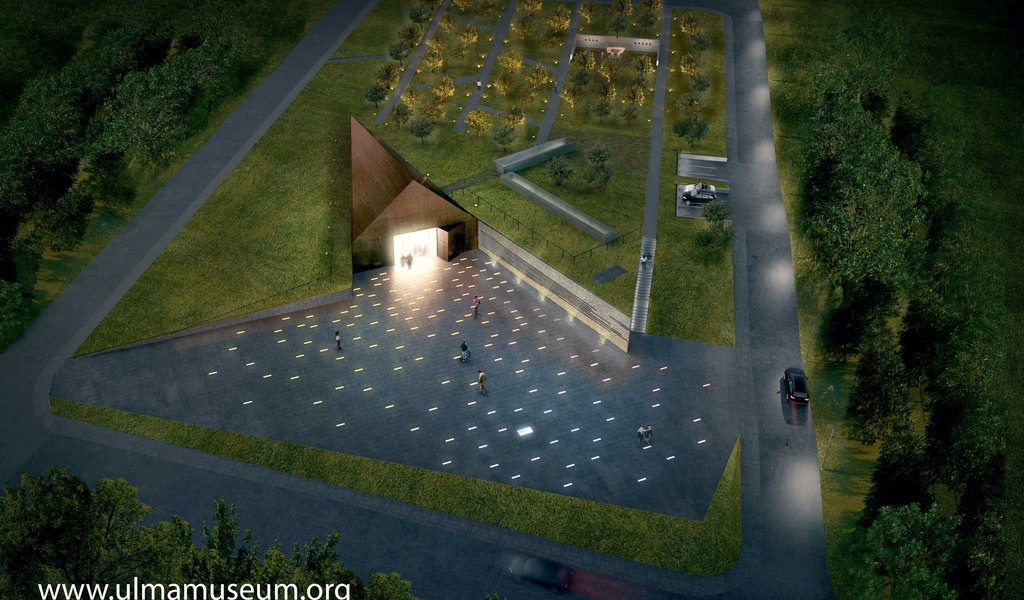 Poland’s first museum honouring Poles who rescued Jews during World War II was opened in the town of Markowa near Łańcut in Subcarpathia. The patron of the museum is the Ulma family, which was murdered by the Germans in March 1944 for hiding eight Jews.

Józef Ulma was born in 1900 in Markowa. Although he only completed the first four grades of elementary school and a course in agriculture, he was an innovator in many different disciplines. He knew his way around gardening and fruit-growing, having set up Markowa’s first fruit tree nursery. Ulma used to breed bees and silkworms, independently constructing beehives and beekeeping tools. He was also a respected social activist in his home village, taking part in groups such as the Catholic Youth Association and the Union of Rural Youth.

“He was extremely curious of the world around him, he even subscribed to publications, which was uncommon in rural areas back then. His greatest passion was photography,” says Mateusz Szpytma, a historian at the Krakow branch of the Institute of National Remembrance (IPN) as well as the assigned director of the Castle Museum in Łańcut, responsible for the Ulma Family Museum of Polish Rescuers (the museum in Markowa is a branch of the Łańcut museum). 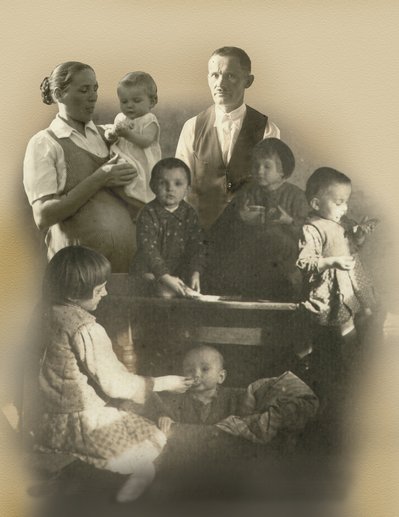 In 1935, Jozef married Wiktoria Niemczak. The couple raised six children and, in the spring of 1944, they were expected a seventh child. The Ulma family was planning to move to Sokala (now a town in Ukraine) where they had bought five hectares of land. These plans were cut short by the outbreak of the World War II.

Before the war, Markowa had a population of 4,500, including 120 Jews. Jozef Ulma was on good terms with the town’s Jewish residents and did business with some of them. At the beginning of 1942, Germany set about implementing the so-calling Final Solution of the Jewish issue (Endlösung der Judenfrage), that is the annihilation of Jews in concentration camps. “In August, all Jews were supposed to be deported from Markowa,” says Mateusz Szpytma. It was suspected, as it turns out correctly, that they would be taken to their deaths.

Some of the Jews went into hiding, with the help of Poles. Jozef Ulma took in the largest number, a group consisting of eight people. Hidden at the Ulma home were: Saul Goldman, a cattle leader from Łańcut, and his four adult sons whose names are not known but were referred to in the area as the Szalls, as well as Gienia Grünfeld and Lea Didner with her child – the daughter and granddaughter of the Ulma’s neighbour, Chaim Goldman.

However, all of their lives would end tragically – they were all murdered by the Germans. We know how the atrocity took place due to an eye-witness account by Edward Nawojski, a driver who on 24 March 1944 was ordered to transport several Navy-Blue policemen (subordinated to the local commander of the German Order Police) as well as four German policemen under the command of lieutenant Eilery Dieken. 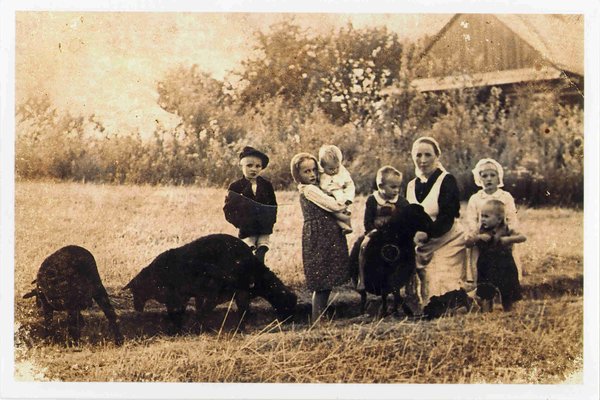 Before dawn, at around four o’clock in the morning, the perpetrators entered the Ulma home. First they shot dead all of the Jews, then they lined up the Ulma family members in front of their house and shot them. During the execution Wiktoria Ulma started to give birth. The Germans briefly discussed what to do with the terrified, crying children (the oldest was eight years old, the youngest barely one and a half years old). However, they did not show mercy and the children shared the fate of their parents. Nawojski remembers the words exclaimed by one of the executors, policeman Joseph Kokott: “Look, how Polish pigs die when they hide Jews.” The Germans ordered to search the corpses and throw them into two pits, loading the belongings of the Ulma family onto a cart. At the end they performed a libation.

“Despite it being prohibited, after five days peasants dug up the bodies of the Ulma family in the darkness of the night so that they could put them in coffins,” Mateusz Szpytma says.  In 1945 they were brought to a cemetery in Markowa. The bodies belonging to the Jews were exhumed two years later and buried at the Military Cemetery for the Victims of Nazi Terror in Jagiello-Niechciałki.

In 1995, the Israeli Yad Vashem Institute awarded Jozef and Wiktoria Ulma the posthumous title of Righteous Among Nations. The Institute website states that the murder of the Ulmas was “a symbol of Polish sacrifice and martyrdom during the German occupation.” A beatification process of the family was initiated in 2003. In 2004 a statue was unveiled in Markowa commemorating the tragedy. Engraved in the statue are the words: “Rescuing the lives of others, they sacrificed their own. Jozef Ulma, his wife Wiktoria and their children Stasia, Basia, Władziu, Franuś, Antoś, Marysia, unborn, hid eight elder brothers in faith, Jews from the Szall and Goldman families. They died together with them in Markowa on 24 March 1944 at the hands of the German police. May their sacrifice be a call to respect and an expression of love for every human being. They were sons and daughters of this Earth. They will remain in our hearts.” 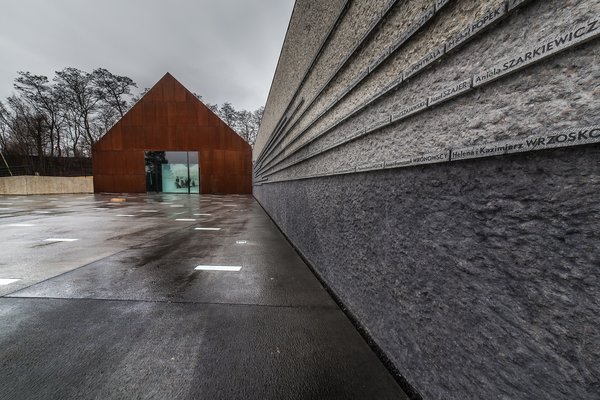 “Every year, around five thousand young Israelis come to Markowa. They pray at the statue and at Ulma family grave,” Mateusz Szpytma says, adding “I hope that even more will come after the opening of the museum.”

The decision to build the museum was made in 2008. The Polish firm Nizio Design International was awarded the project, having previously worked on innovative concepts for permanent exhibitions at the Warsaw Rising Museum and the POLIN Museum of the History of Polish Jews. The building has a minimalist form and is lined with a coating of corroded carbon steel, symbolising the Ulmas’s simple peasant home. It also serves as a reminder of the events that took place in 1944 and the mortal danger faced by anyone who helped Jews during the German occupation.

So-called memory cubes made from tempered glass are illuminated on the square at the entrance to the museum. The cubes contain the names of Subcarpathia residents who were murdered for their role in helping Jews during WWII. A plaque on the concrete wall also contains a list of names of people who rescued Jews. 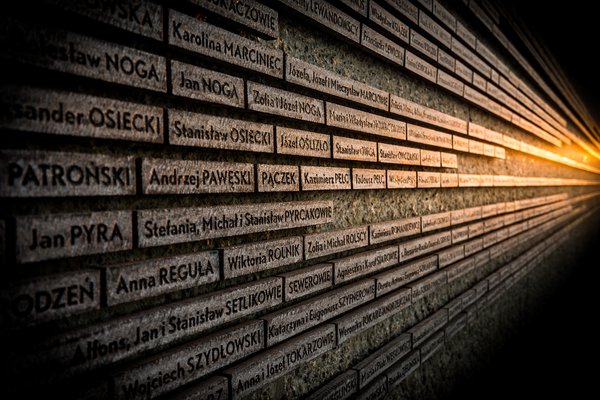 “It was possible to identify the names of 1,600 Poles from Subcarpathia who helped persecuted Jews. However, many still remain anonymous. The Germans killed around 200 people in retribution,” says Mateusz Szpytma. "The Ulmas were not the only people in Markowa to hide Jews. 21 Jews survived the war thanks to the assistance of the town’s residents. Two of them are still alive today – in Canada and Israel."

The multi-media exhibition is not only focused on Subcarpathia. It also explores Polish-Jewish relations across Poland and describes Germany’s policy of extermination as well as the risks of rescuing Jews during the German occupation. “Many foreigners do not realise that in Poland, as opposed to countries in Western Europe, one could be killed for assisting Jews,” says Szpytma. “The occupation of our country was of a different character, there was widespread terror. One has to remember that rescuing one Jew involved the assistance of several or even a dozen people, who would all be a target of repression. Quite often whole families were killed as a form of collective punishment, including those who did not denounce the Jews.

Jozef Ulma’s photos, which capture rural family life and work on the fields, make up an important part of the exhibition. Several hundred photos make up a unique chronicle of life in pre-war Markowa. One photograph, in particular, is very special – it has drops of blood on it. Planned for the future is a Memorial Garden with fruit trees and glass stelae in the form of footstones honouring Jews that were rescued by Poles. The official opening of the museum is scheduled for 17 March 2016. 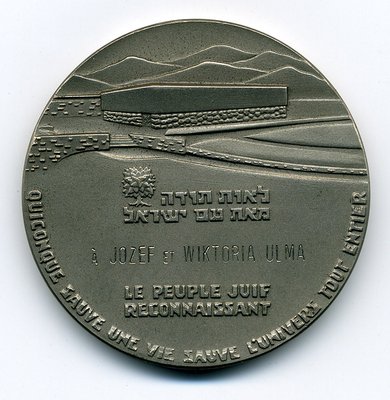 Before the outbreak of World War II, over three million Jews lived in Poland (around 10 percent of the entire population). In 1939, Germans started persecuting (in the form of ghettos, labour camps) the Jewish population on Polish territory. In 1941 they initiated a process of organised extermination, which took place largely in concentration camps. Between 1939-1945, 89% of Polish Jews were murdered.

Around 50,000 to 80,000 survived the war in Poland, in part thanks to efforts by the Council to Aid Jews (Żegota), aPolish underground movement. The group provided material assistance to Jews, supplied them with fake documents, found them apartments and hiding places, and helped people escape from labour camps. Irena Sendler (1910-2008) within the auspices of “Żegota,” the Polish Council to Aid Jews, rescued around 2,500 Jewish children by placing them with Polish families and orphanages, some of them church affiliated.

According to historians, several hundred thousands Poles took part in helping Jews. Today, they make up the biggest quota (25%) of those awarded the Righteous Among Nations title. The recognition is awarded by Israel’s Yad Vashem Institute to individuals who risked their own life in order to rescue Jews during World War II.