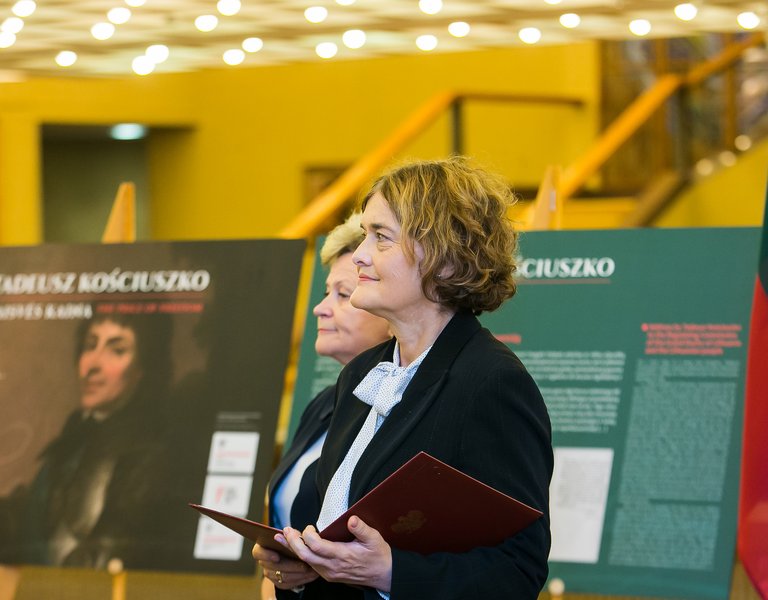 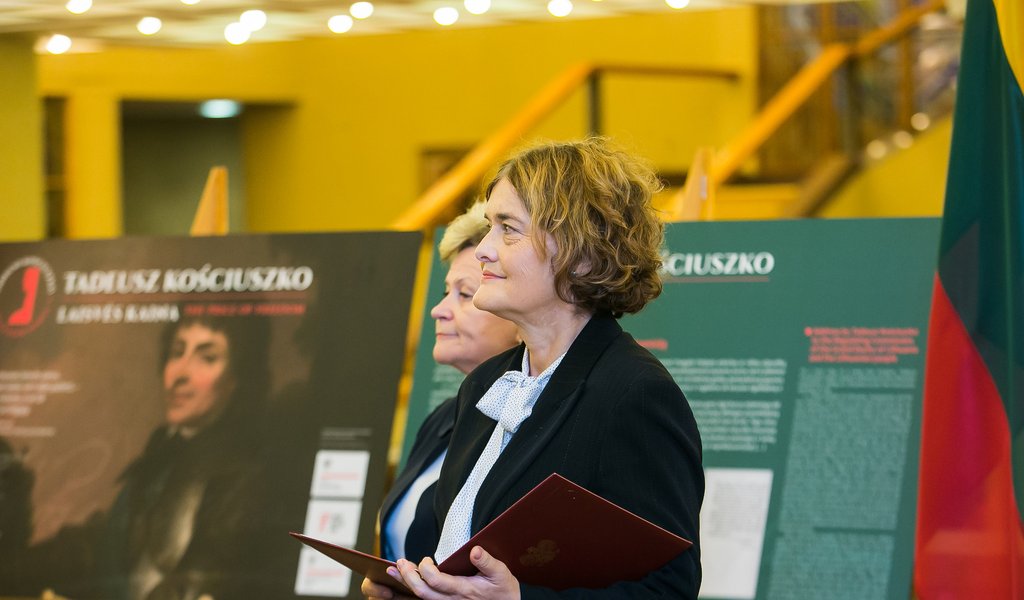 Opening of the exhibition "Tadeusz Kościuszko. Price of freedom"

The Ambassador reminded the audience that Tadeusz Kosciuszko "loved freedom and national independence and was able to defend it by creating Polish-Lithuanian military forces under very difficult conditions. He was the leader who could win the battle. And finally he was the creator of the last legal act of the Commonwealth of the Two Nations, who planned to give the peasants their personal freedom as well as make them citizens. "  "It is great that the exhibition is taking place in a place so symbolic for Lithuania - in the Parliament, which survived its heroic days in January 1991, because the courage and freedom of spirit were present here," she emphasized. 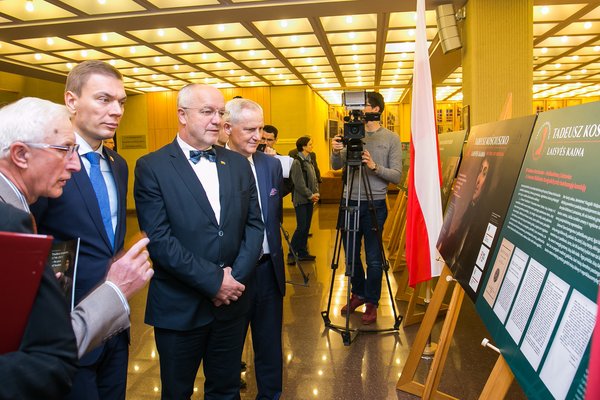 The Ambassador Urszula Doroszewska and the Director of the Polish Institute in Vilnius Marcin Łapczyński also took part in the scientific conference, followed by the discussion on General Tadeusz Kosciuszko, organized by the Lithuanian Royal Union of Nobility and opened by  Chairman of the Lithuanian Seimas Viktoras Pranckietis.

The exposition "Tadeusz Kościuszko. Price of Freedom " is one of many projects has been implemented since the beginning of this year in Lithuania by the Embassy of the Republic of Poland in Vilnius and the Polish Institute in Vilnius; it is has been prepared to commemorate the Kościuszko Year.

We would like to warmly invite you to join us for the following events:

• 11.30 – Holy Mass for the intentions of General T. Kosciuszko and all defenders of Lithuanian independence, Church of St Peter and St Paul in Vilnius (Antakalnio 1, Vilnius)

• 12.30 - Parade "For your freedom and ours!" (T. Kosciuškos street - T. Vrublevskio street - Gedimino street - Nepriklausomybės square near the Lithuanian Seimas)

•   October 18, 2017, 18.00 - The Palace of the Grand Dukes of Lithuania will host an evening commemorating General Tadeusz Kościuszko, which will include a lecture by Dr V. Rakutis, a concert of music and a screening of the Polish movie “The Oath by Tadeusz Kościuszko on Krakow's Market Square on March 24, 1794”.