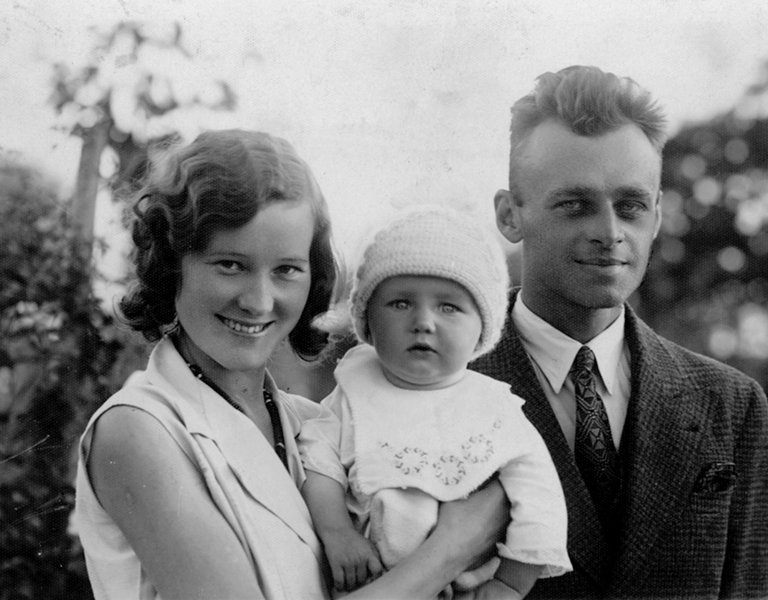 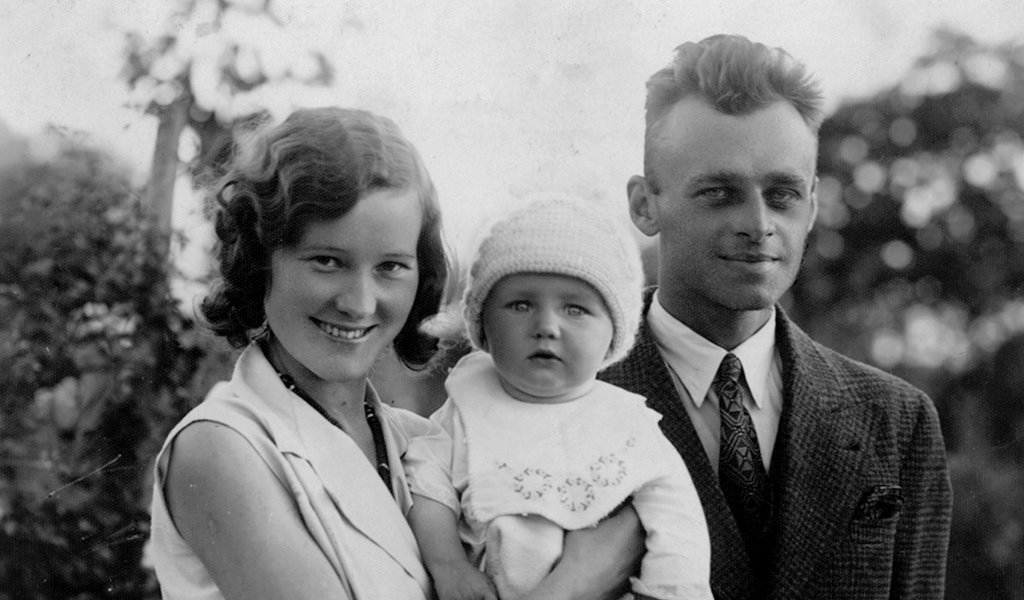 A new film has been made telling the life story of Captain Witold Pilecki, one of Poland’s biggest World War II heroes. Funded through grassroots donations, the film was made in the spirit of Captain Pilecki, a dedicated social activist.

“This film will help us remedy the second major injustice inflicted on my father after the war – the deliberate expunging of his memory,” Andrzej Pilecki said in Auschwitz in 2014. On the eve of shooting for the film, he joined the “Pilecki” film crew in retracing his father’s footsteps in the camp. During the 30 days of shooting in the summer of 2014 he visited the Pilecki family estate in Sukurcze, located near Lida (in the Nowogródek province) in what used to be Poland but now is part of Belarus. The son of the wartime hero – described by British historian Michael Foot as one of the six most brave members of the resistance movement during WW2 – talked to people who had known his father. 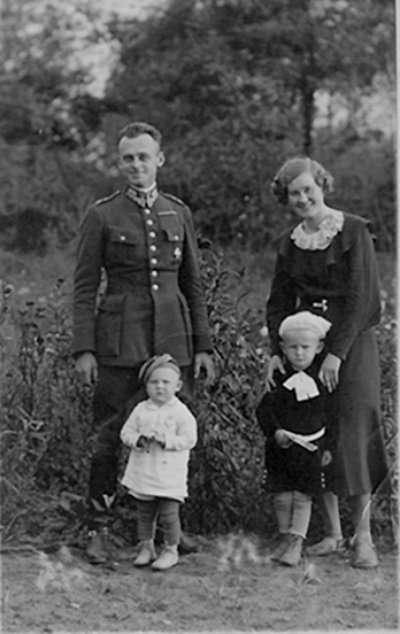 Witold Pilecki’s neighbours in Sukurcze knew him first and foremost as an active social worker, a good landlord and the founder of a dairy co-operative. He fought in the Polish-Soviet War of 1920 and in defence of his country in 1939. Pilecki then joined the Polish Underground. He is the only prisoner of the Nazi-German concentration camp Auschwitz-Birkenau who is known to have voluntarily given himself up for arrest on 19 September 1940 in order to be sent to Auschwitz with the aim of building up a resistance movement in the camp. After escaping from Auschwitz, he wrote up reports documenting the Nazi crimes that he had witnessed. His report starts with the words: “So, I am to write down the driest of facts… but we were not made out of wood, let alone stone, though it sometimes seemed as if even a stone would have broken out in a sweat.” Despite being one of the most important first-hand accounts of the Holocaust, for many years it nestled in obscurity.

After the war, Pilecki was sentenced to death during one of the first show trials held in Communist Poland after being accused and convicted, amongst other things, of spying for General Władysław Anders and conspiring to murder employees of the Ministry of Public Security. He was killed with a shot to the back of the head and his name became taboo for many years. It was only in 1989, during Poland’s transition to democracy, that his name re-entered public discourse. In 1995, a street in Warsaw’s Ursynów district was named in his honour – until then the street had carried the name of Pawel Finder, at one time the First Secretary of Poland’s Communist Party. But it is only in recent years that Witold Pilecki has started to receive the recognition he deserves. Mirosław Krzyszkowski’s new film will no doubt help raise awareness.

“Pilecki” is a dramatized documentary. The scenes played out by actors (including Marcin Kwaśni in the lead role) include conversations with the Captain’s family, historians and people he knew. “This is a difficult format, but it gives us the opportunity to tell the story using real characters, including Andrzej Pilecki, the Captain’s great-grandchildren as well as other characters appearing in the documentary film. Telling the story of an immaculate person in a film is difficult, because viewers will dismiss it as a hagiography. However, it becomes more authentic when you have a real-life person talking about the character,” the director Mirosław Krzyszkowski tells Polska.pl. As an example, Krzyszkowski describes a scene shot in Sukurcze, in which the Captain’s former neighbours talk about him with tears in their eyes. “This format has allowed us to talk about Pilecki as widely as possible, about his childhood, his upbringing, marriage, fatherhood, the way he brought up his kids, his civic activities and his faith in God. But we also look at how, on top of all of this, he also painted pictures and found time to write. If we had included all of this in a feature film, we would have risked getting the viewer bored,” Krzyszkowski adds. 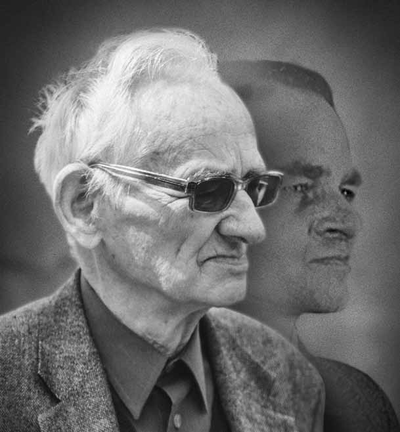 Krzyszkowski’s film depicts Witold Pilecki’s life: from his youth, and his wartime activities in the 1920 Polish-Soviet War and WW2, to his tragic post-war fate. We see how he got himself arrested and deported to Auschwitz, where he took on the identity of Tomasz Serafiński with the prisoner number 4859, in order to set up a resistance movement. He later escapes from the camp and fights in the Warsaw Uprising, before being sent to a German POW camp. Viewers are then shown how he is accused of espionage, put on trial and executed on 25 May 1948 at the hands of Ministry of Public Security functionaries.

The biographical film telling the story of Pilecki, the embodiment of a Polish patriot, has been a long time in the making. Mirosław Krzyszkowski and the film’s producer Bogdan Wasztyl spent several years fighting for funds and being rejected by various institutions. “We applied for funding to many institutions, on a national and municipal level. None of them decided to support us. But we didn’t give up our hope in people. Andrzej Pilecki brought to our attention the possibility of making the film based on donations made by ordinary people, in the spirit of Captain Pilecki, himself a social activist,” Bogdan Wasztyl tells Polska.pl

Funds were raised using the projektpilecki.pl website. “The Pilecki Project was not just a film, initially it was a standard documentary called “Escape from Hell – In the Footsteps of Witold Pilecki” which we shot with the musicians of the rock band Forteca. What followed was a Lancer’s Rally organised on the anniversary of his escape and later a book titled “Pilecki. In the footsteps of my father”, Wasztyl says. The book came out in the third week of September and is based on interviews with Captain Pilecki’s son, Andrzej. The book also includes anecdotes from the film-set and descriptions of places connected to the protagonist. 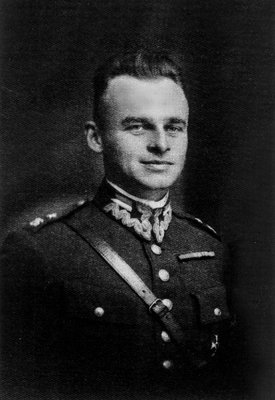 Cavalry Captain in the Polish Army, co-founder of the Secret Polish Army. From September 1940 to April 1943 he was a prisoner at the Nazi-German Auschwitz concentration camp. Together with other inmates, including the sculptor Xawery Dunikowski, Olympic skier Bronisław Czech and political activist Stanisław Dubois, he created the Union of Military Organizations, a secret resistance movement. After escaping from the camp he wrote up the “Pilecki Report”, the first detailed account of the genocide being carried out in Auschwitz. The report was distributed in the West. He was a veteran of the 1920 Polish-Soviet War, fought in the Warsaw Uprising of 1944, a POW at Lamsdorf and Murnau and a solider in the 2nd Polish Corps in Italy. Sentenced to death by the Communist regime in Poland he was killed in 1948. In 1990 the charges against him were dropped posthumously. In 2013, Captain Pilecki was given the rank of Colonel. In 2007 he received the Order of the White Eagle.