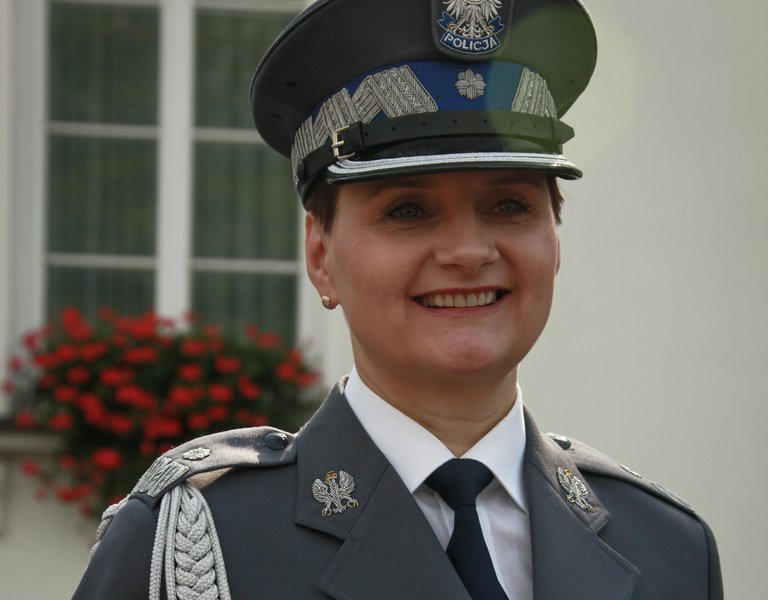 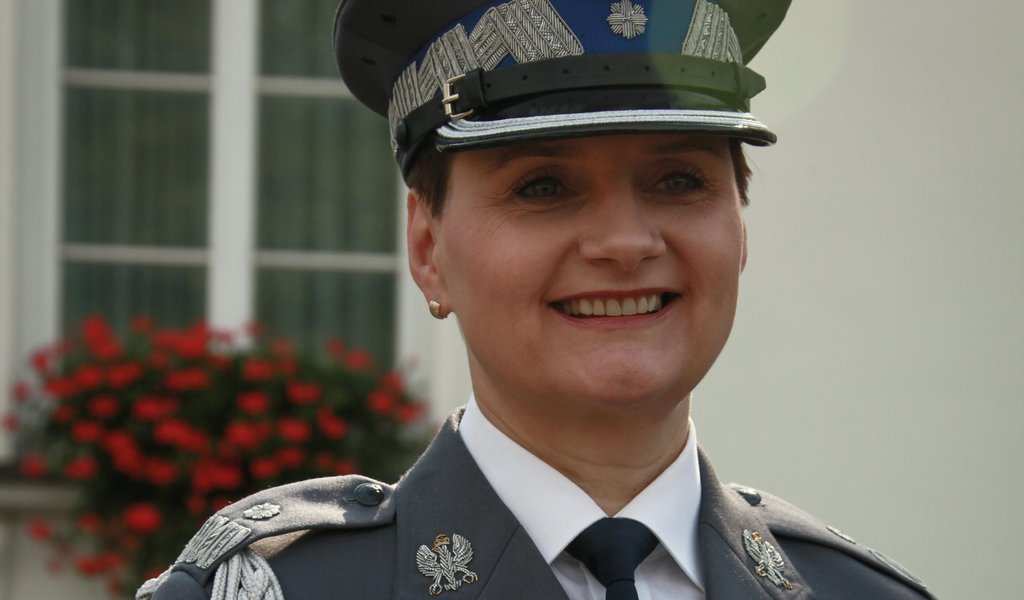 Chief Inspector Irena Doroszkiewicz became the first female general inspector of Poland’s police corps at the end of July. Her nomination required an amendment to Polish law as regulations on uniforms did not to provide for skirts with lampases.

“It is a great honour for me and for all female police officers. I am the first female police officer to be promoted to the general inspector’s rank, but I will certainly not be the last one,” Chief Inspector Irena Doroszkiewicz, head of Opole Voivodeship Command, told Polska.pl after receiving the general’s sabre and nomination from former President Bronisław Komorowski on Police Day. As part of her uniform, the head of Opole Voivodeship Command wore a lampas woven skirt, which required prior amendment of the Ordinance of the Minister of Interior and Administration on police uniforms. In the amended version as of 9 July 2015, the ordinance provides for skirts worn by chief inspectors and general inspectors with " lampases sewn at the side seams, each of them 2.5 cm wide." 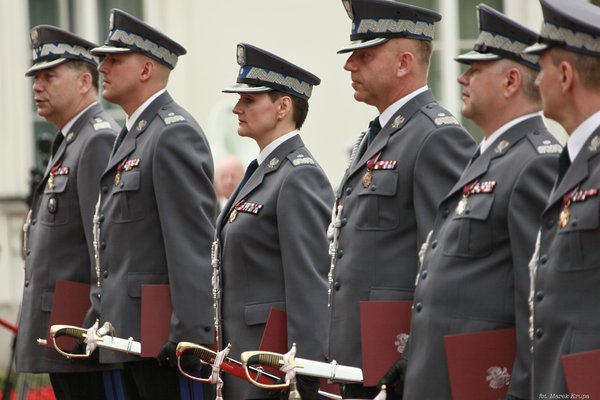 The “skirt situation” was so hotly debated in the media that General Inspector Doroszkiewicz later expressed her regret that she had not chosen to wear trousers instead. While trousers are allowed by law as part of the female uniform, her decision, and the media attention it generated, led the public to focus on the skirt issue.

As the general inspector told the Opole edition of Gazeta Wyborcza, the prevailing message behind the nomination of a woman should be that "all police officers are treated identically and everyone has a chance to be promoted."

Irena Doroszkiewicz has served as a police officer for 25 years. She is from Białystok, which is where she started her career in the police force. Her affinity for uniforms can be traced back to her childhood, when she was a girl scout. After completing a degree in social work education, Doroszkiewicz joined the police force. At the time, only one other woman, who has since retired, applied for the position of police officer. Things have changed since then. Since the late 1980s, the number of women in Polish police corps has increased from 8% to 15%.

Although the young officer would have preferred to continue her work in the child custody centre, where she had been an intern, instead she was employed in the office and started a long and arduous career climb. She was soon transferred to the human resources division and became its manager; a feat she repeated at the voivodeship command office. Her subsequent positions included the function of head of audit and control division in the Białystok Voivodeship Command and head of the Białystok City Police Department. Irena Doroszkiewicz has two sons. She enjoys singing and used to sing in the police choir until two years ago, when she became the head of the Opole Voivodeship Command and no longer had time to pursue her hobby.

Doroszkiewicz says that female officers do not receive any preferential treatment at work, but nor are they, as women, discriminated against.

“Never in my 25 years of service have I encountered such a situation. I was always surrounded by friendly colleagues and superiors, and now by friendly employees. Women or men, we are all officers facing the same tasks and challenges,” she told Polska.pl. 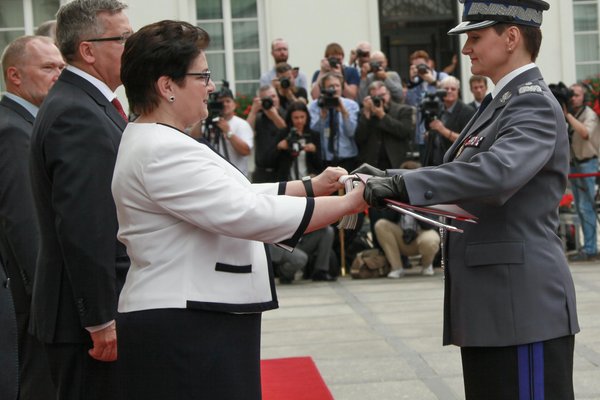 Although she admits she would be happy to see other female general inspectors, she does not treat female officers in any special way.

“In the police corps I do and always will promote a professional approach. It does not matter whether it is a woman or a man, what matters is that they are professional, knowledgeable, have experience and ensure that they perform their duties towards society to the best of their abilities.

This is the kind of attitude I support. Just like men, women are effective at almost any position, whether executive or managerial. They are heads of offices, heads of police stations, or heads of county or voivodeship commands,” she adds in her interview with Polska.pl.

In the 90-year history of the Polish police force no woman has ever been promoted to the general inspector’s rank, and only one female officer before Irena Doroszkiewicz performed the function of head of a voivodeship command. Only a couple of women worked as heads of command offices, police stations or main divisions of voivodeship commands. One role model among Polish female officers is inspector Grażyna Biskupska, who was head of Criminal Terror and Homicide Division of the Warsaw City Police Department in the early 2000s.