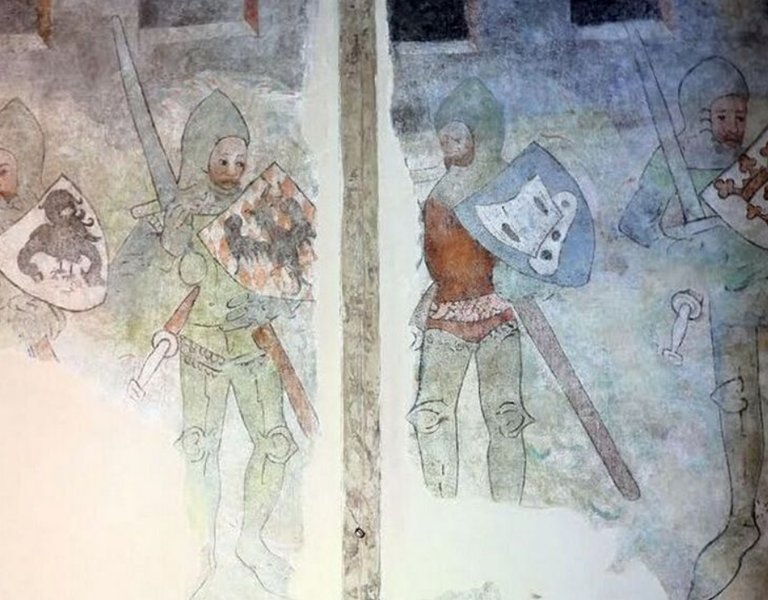 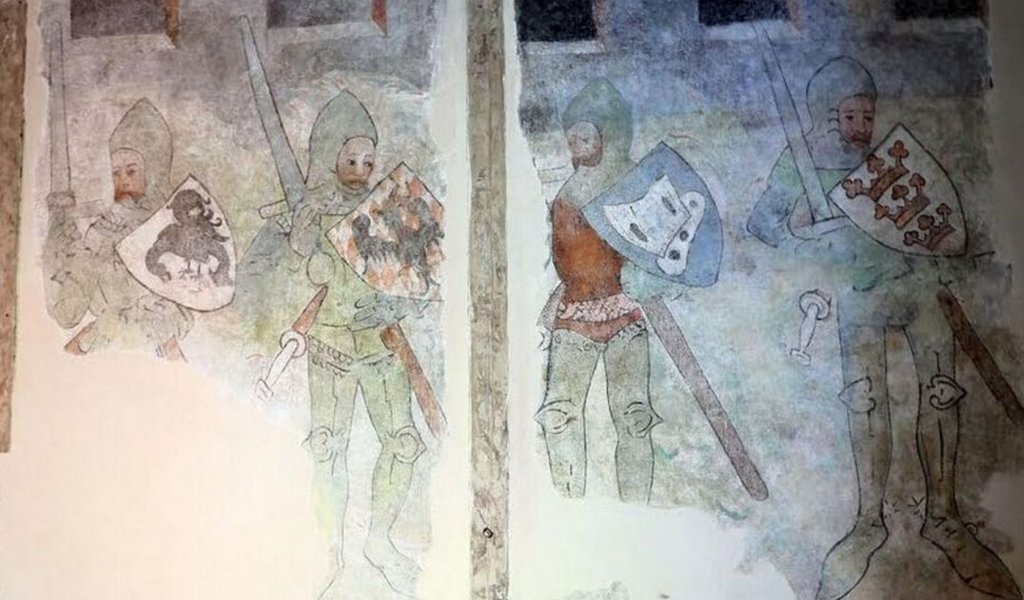 Poland’s oldest painting of King Arthur is in Toruń

The oldest painting on Polish soil depicting England’s legendary King Arthur of the Round Table can be found in the north-central city of Toruń. The mural was accidentally discovered during the major renovation of a mediaeval tenement house. According to Dr Jacek Witkowski of University of Wrocław Institute of Art History, it dates back to the year 1400.

Experts have recently concluded their analysis of the work found in the mediaeval tenement building in Żeglarska street. It was accidentally discovered during a major overhaul of the property.

The mural depicts four standing, almost full sized armoured figures. It forms a part of a larger work depicting three triads of men. They include historical, biblical and legendary characters who served as ideals for mediaeval knights. That motif is known in the profession as the Nine Worthies. “Amongst them is the legendary King Arthur. That is his oldest known portrayal on Polish territory,” claims art historian Dr Jacek Witkowski who has analysed the mural. He dates it at around the year 1400. 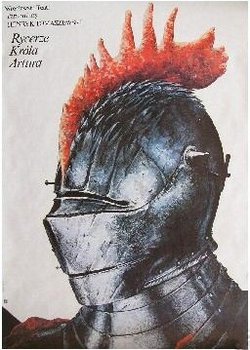 King Arthur is known from numerous legends that emerged in Great Britain. He was said to have been a Celtic ruler who in the 5th century AD defeated the Saxons invading his territory. One of the best-known tales about King Arthur’s mediaeval Europe was the legend of the Knights of the Round Table who sought to find the Holy Grail as well as that of the sword Excalibur, said to have magical power.

“This is one of the most interesting and most valuable murals ever discovered in Toruń. Several sets of figures of that type have been discovered in our city. But this discovery was a true revelation involving burgher tenements,” Toruń’s municipal art conservator Emanuel Okoń says.

“This is an exceptional and rare discovery on a European-wide scale owing to the subject at hand. In Poland, there are only two portrayals of the Nine Worthies,” added Dr Witkowski. The other one is found in Piast Castle in Legnica and is some 100 years younger.

Apart from King Arthur in Toruń, the figures of the Old Testament judge Joshua, King David and Judah Maccabee have partially survived. The art historian has established that initially the figures had been captioned. Their identification has been possible on the basis of the coats of arms adorning the shields the Worthies were shown holding.

The spacious premise where the painting was found is up on the first floor. Originally it served as a great hall. “That is where the householders’ festivities were held,” Dr Witkowski added.

Why would such a motif have been painted on the wall? According to Dr Witkowski, in the Europe of that day that was an extremely popular theme. The three triads motif comprising historical, scriptural and legendary figures first appeared in the work of French poet Jacques de Longuyon close to the start of the 14th century. It soon began to proliferate in different works of art including paintings, sculptures and tapestries.

The moment when the Toruń painting first appeared, the end of the 14th century, has been called “the golden age of art”. “In Toruń, hardly a year goes by without additional murals dating from that period being discovered, often in surprising places – law offices, banks, pharmacies or shops,” Dr Witkowski remarked. In his view, that is connected to the fact that Toruń was one of the few Polish cities which survived World War relatively unscathed.

Dr Witkowski explains that the city was located within the borders of the state of the Teutonic Knights. It was extremely wealthy and constantly expanding. The bulk of the population were burghers who had come from Western Europe. They were mostly merchants with extensive commercial contacts all over Europe. There is much to indicate that the residents of the tenement in which the King Arthur mural was found also came from Western Europe, Dr Witkowski says.