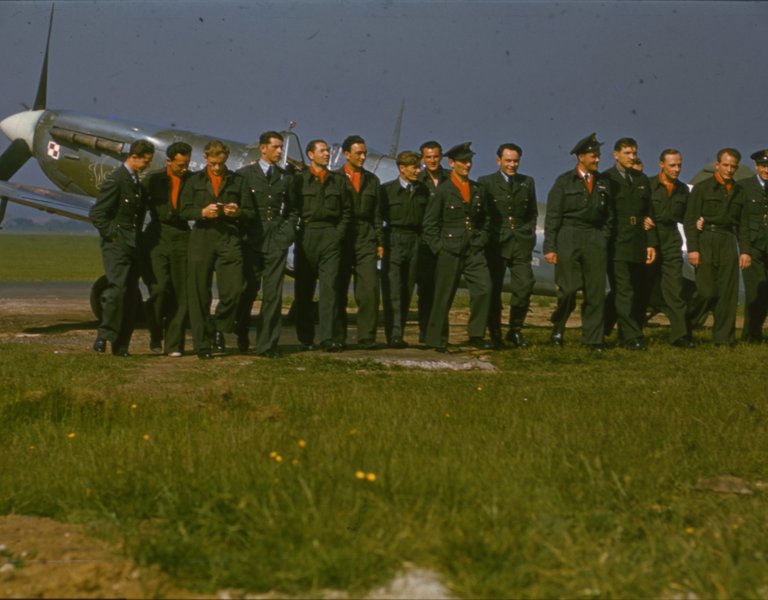 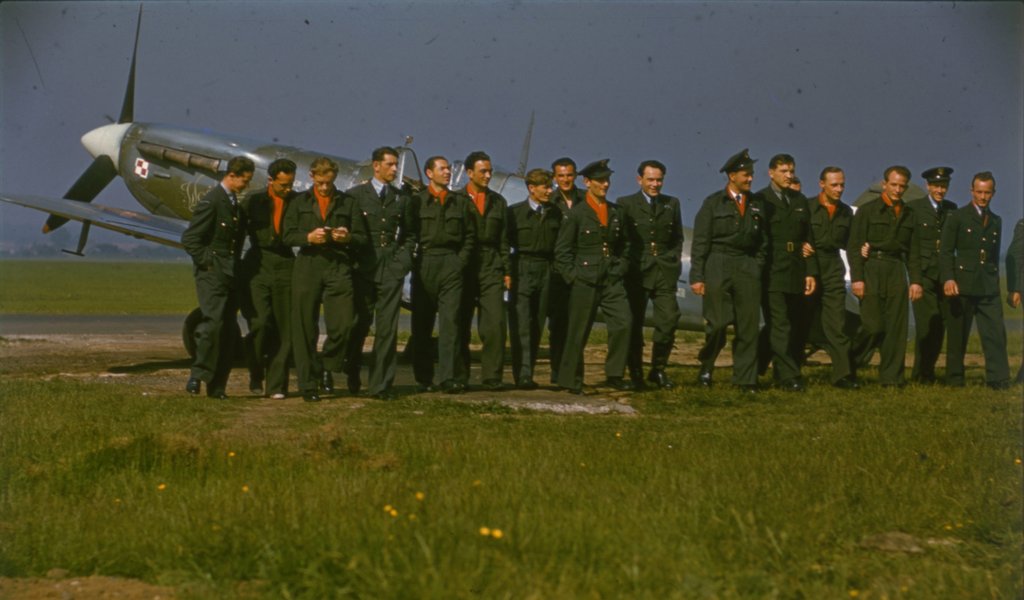 Poland was the only nation to fight in Europe from the first to the very last day of the Second World War, the biggest conflict witnessed by humanity. A new web portal unveiled by the Ministry of Foreign Affairs together with Dom Spotkań z Historią, a Warsaw-based cultural and historical institute, looks at the individual stories of brave Poles during the war years 1939-45.

Online as of 7 May, the portal bearing the title “Poland and Poles in the Second World War” can be found at www.ww2.pl and is available in seven languages as part of commemorations marking the 70th anniversary of the end of World War II. The author of the articles included on the portal is Prof. Dr. Hab. Jerzy Kochanowski of the Historical Institute at the University of Warsaw. Prof. Kochanowski is editor-in-chief of the historical journal “Przegląd historyczny”.  The articles are accompanied by photographs, many of which are unknown to the wider public, from several different sources, including the Polish Institute and Museum in London, named in honour of Władysław Sikorski, Prime Minister of the Polish government-in-exile. 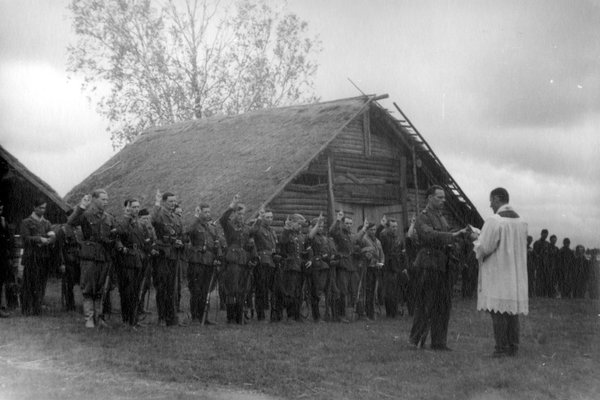 The portal shows the unique situation that Poland found itself in during the war and illustrates its tragic predicament of being trapped between two heavy-weight powers – Germany on one side and the Soviet Union on the other. We are told of the September Campaign in 1939 and the activities of the Polish government-in-exile. The website also dedicates a lot of information to Poland’s Underground State and its underground army – known, from 1942 onwards, as the Home Army. Although resistance movements existed in all parts of occupied Europe, Poland was the only country with its own secret state comprising of its own army, ministries, parliament, police and even social care.

Poles fought on all fronts: from Narvik to Wilhelmshaven, through to Tobruk, Bologna and Monte Cassino. “The participation of Polish pilots in the Battle of Britain between July and October 1940 has over the years become the stuff of legends. The 144 Polish pilots – who made up around five percent of the Royal Air Force (RAF) – shot down close to 170 and damaged 36 German airplanes. This was about 12% of the total losses suffered by the Luftwaffe during the Battle of Britain. What makes this feat even more remarkable is that the majority of these hits – as many as 126 – was carried out singlehandedly by the No. 303 ("Kościuszko") Polish Fighter Squadron, regarded as the best division within the RAF,” the new portal tells us. 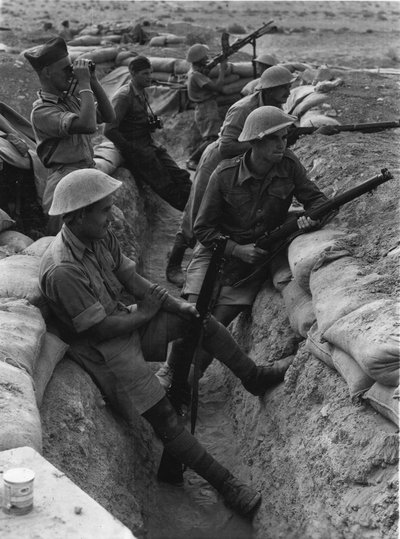 “The most important battle experienced by Poles at this time was the one fought by society on an everyday basis, the fight for physical survival. In order to survive, one had to break the draconian regulations put in place by the German authorities. By doing this Poles every day risked being sent to concentration camps or even being killed on the spot,” Prof. Kochanowski writes. During the duration of the war between 2.8 and 3 million Polish citizens were forced into labour. The harshest conditions were experienced by those working in heavy industry, in particular the defence sector.

The WW2.pl portal tells us about the courageous acts performed in wartime by many Poles, including Witold Pilecki, Jan Karski and Irena Sendler. In September 1940, the Home Army Cavalry Captain Pilecki (1901-1948) smuggled himself in to Auschwitz-Birkenau, the Nazi-German concentration camp, so that he could collect information about the heinous crimes taking place there. Pilecki then managed to transfer this first-hand information to Warsaw, from where it reached the Polish government-in-exile and the Western allies: Great Britain and the United States. Whilst in the camp he also set up a conspirator’s network, whose aim it was to help inmates and prepare them to fight.

Jan Karski (1914-2000), a man who made it his mission to stop the Holocaust, left for London in 1942 in order to inform the Allies of Nazi plans to exterminate the Jewish people. Despite risking his life to pass on this information, Karski’s pleas were ignored. It was only in 1944, upon the publication of his book entitled “Story of a Secret State”, that the West opened its eyes to the suffering of Poles and Jews under German occupation. Irena Sendler (1910-2008) within the auspices of “Żegota,” the Polish Council to Aid Jews, rescued around 2,500 Jewish children by placing them with Polish families and orphanages, some of them church affiliated. It is estimated that the number of Polish citizens who helped Jews in occupied Poland during the Second World War is somewhere between several dozen thousand and several hundred thousand. Poles also make up the highest number of people recognized by the Yad Vashem Institute in Jerusalem for their efforts to rescue Jews. Over 6,500 Poles have received the Righteous Among Nations medal from Yad Vashem, from over 25,700 in total (as of 2015). 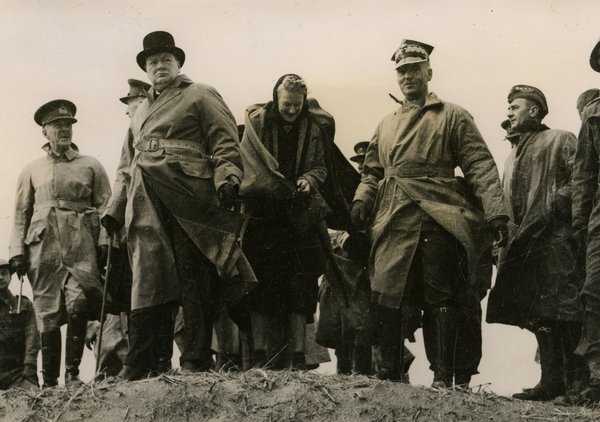 Poland was the only nation to fight in Europe from the first to the very last day of the Second World War. Over two million Poles were in some way part of a Polish military formation between 1 September 1939 and 8 May 1945, be it the regular army, partisan units or the underground army. Towards the end of the war, around 600,000 soldiers (within infantry, tank divisions, air force and navy) were part of Polish divisions fighting on all European fronts. By the summer of 1944, as fierce battles were waged against retreating German troops, Polish underground forces had over 300,000 soldiers within their ranks. These figures put Poland’s army as the fourth largest within the Allied Powers. 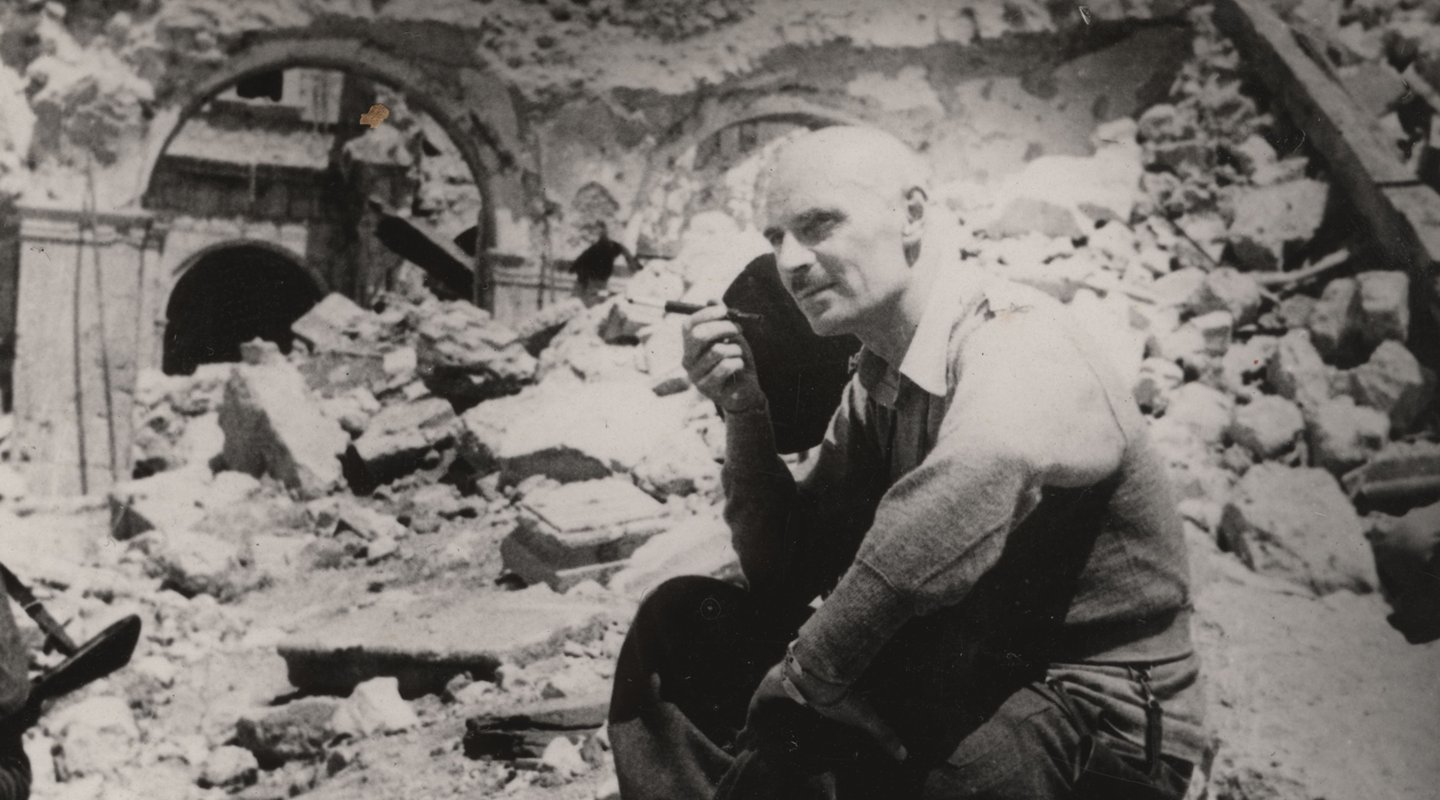 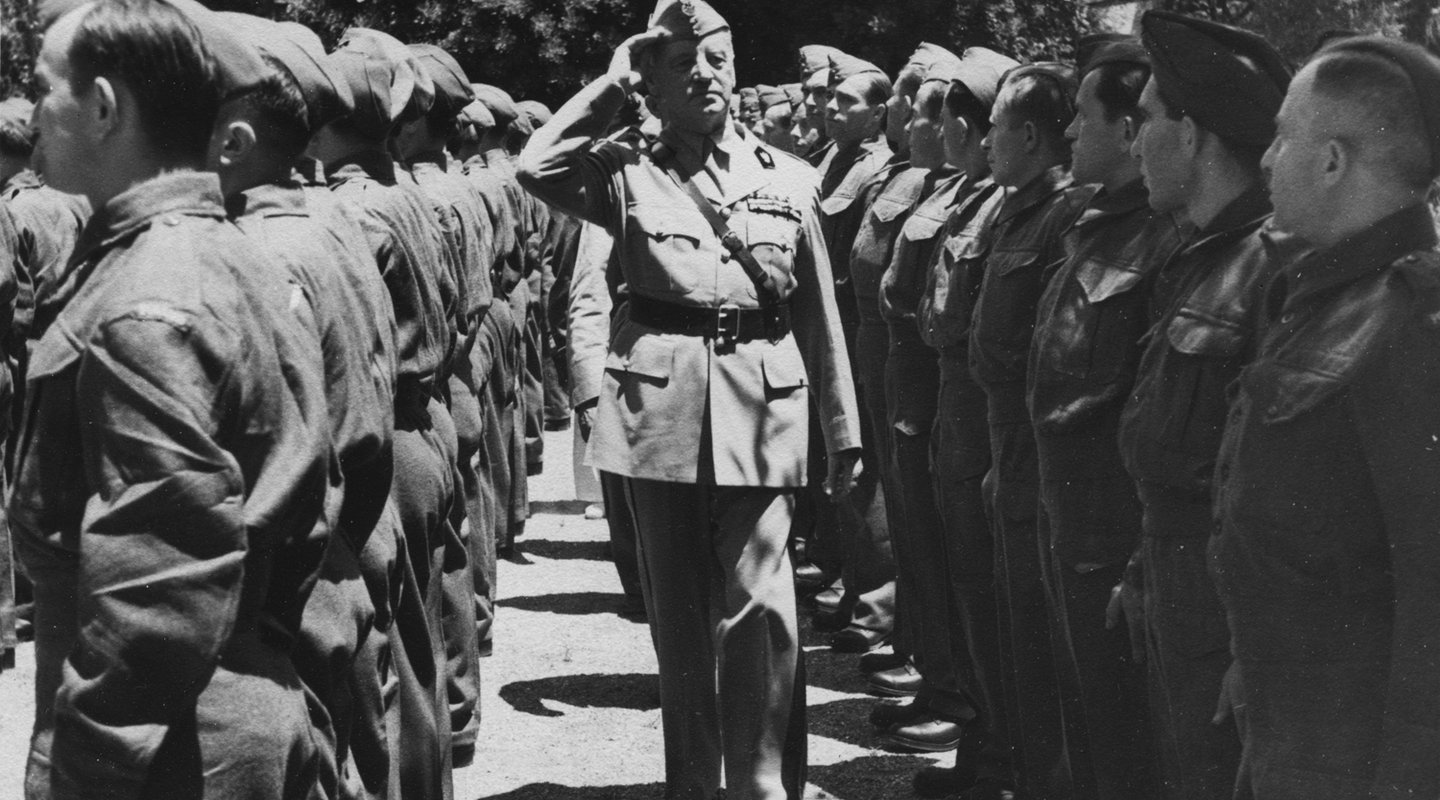 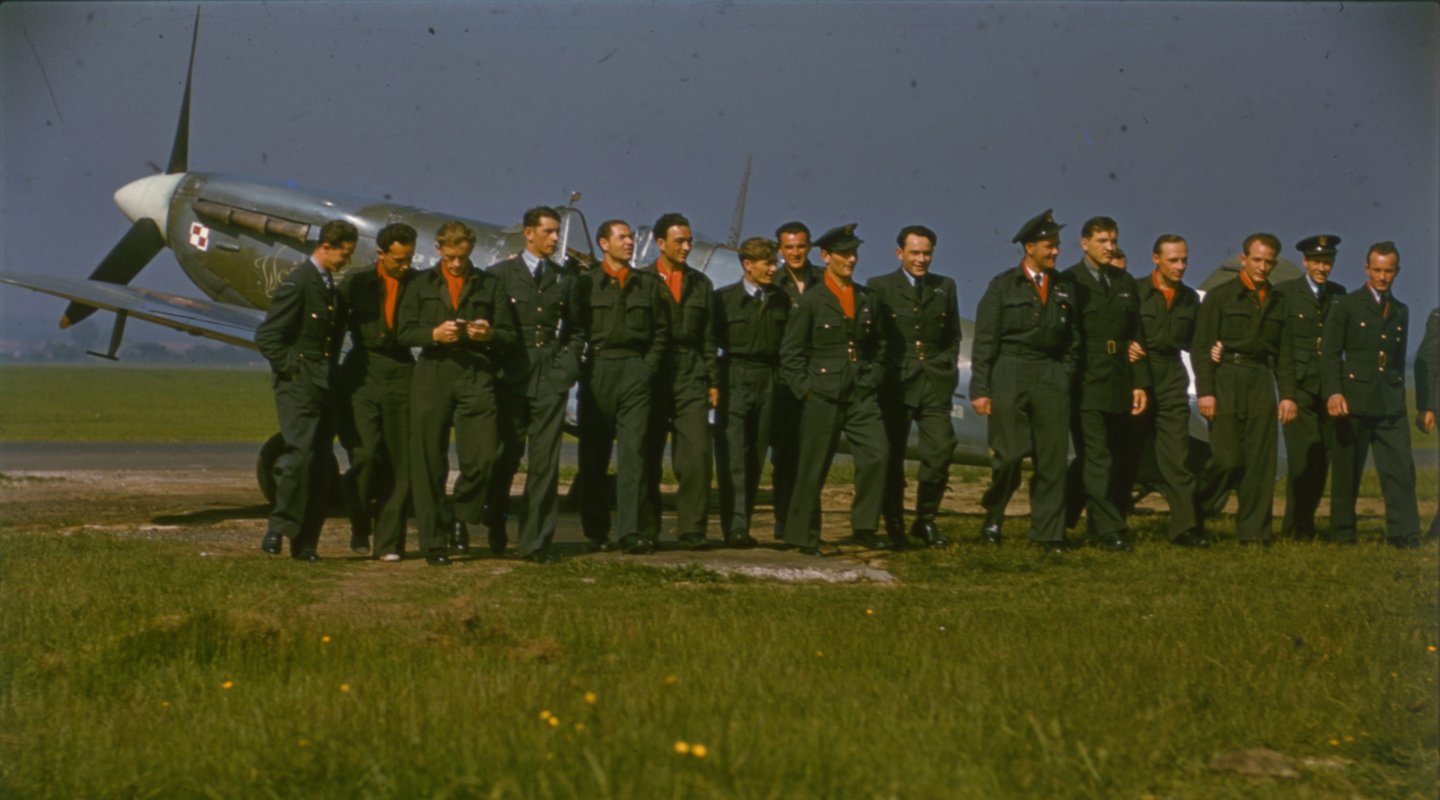 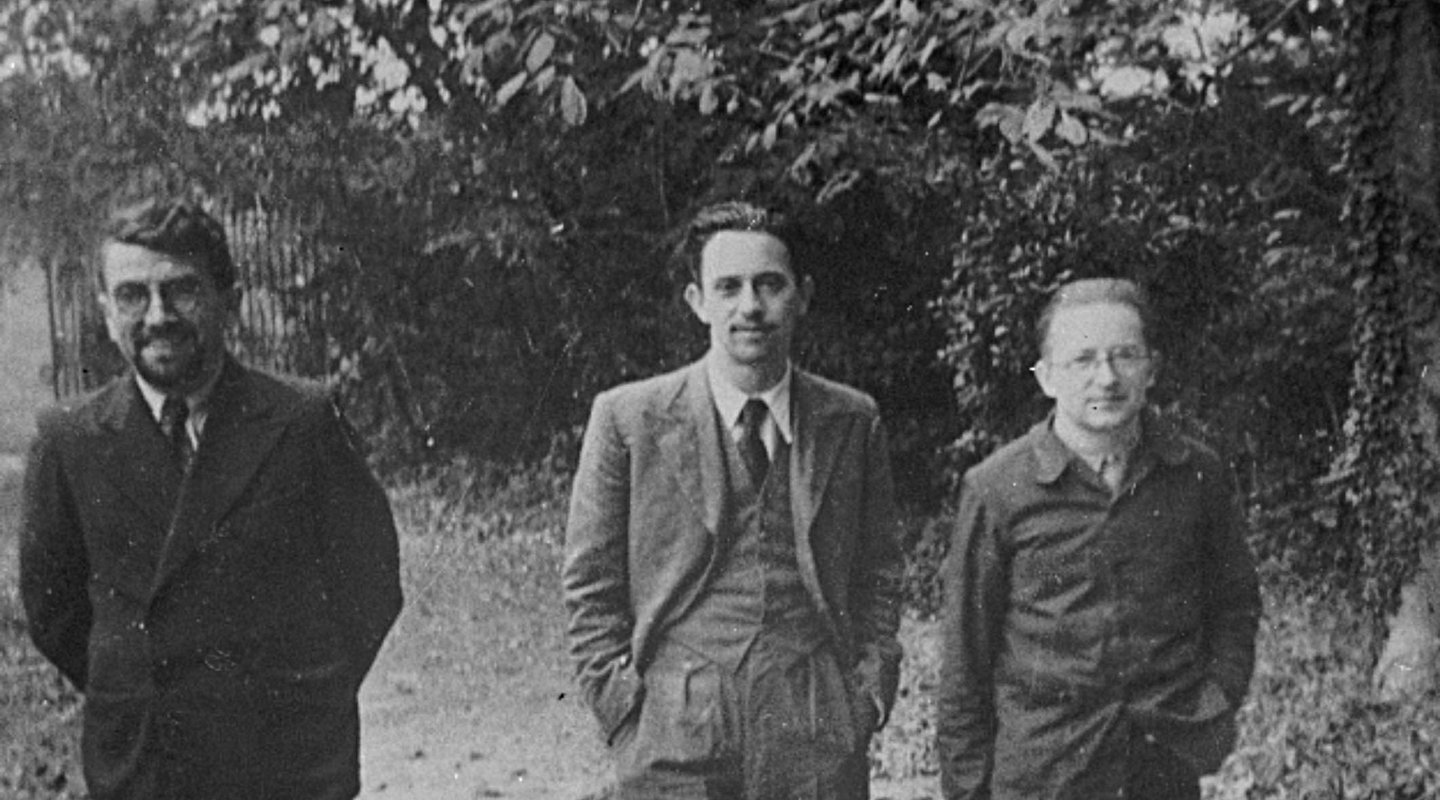