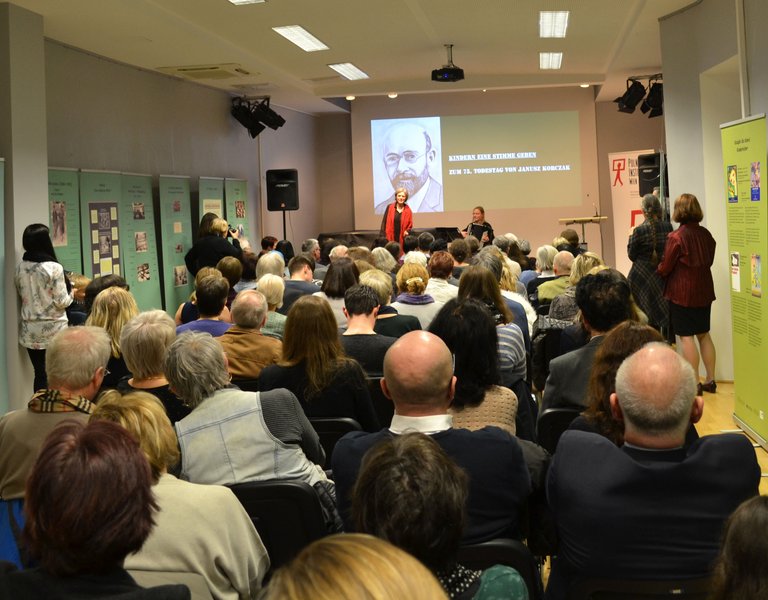 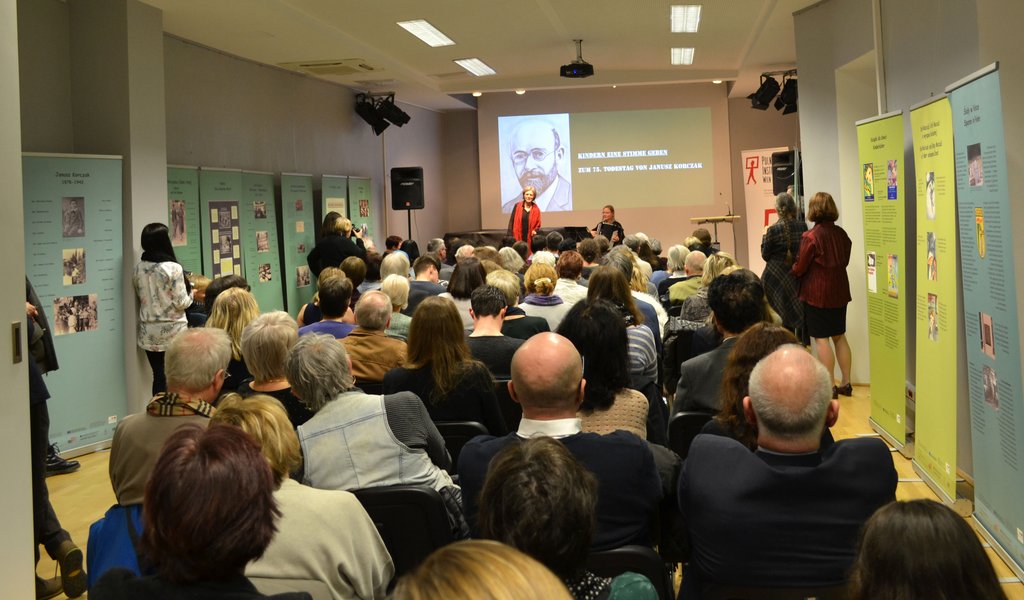 On Tuesday 21 February, the Polish Institute in Vienna joined forces with the Austrian Janusz Korczak Society (Österreichische Janusz-Korczak-Gesellschaft), to host a ceremony commemorating the work of the eminent Polish-Jewish doctor, educator and writer Janusz Korczak, who devoted his whole life to children.

To mark the 75th anniversary of Korczak’s death, as well as the 25th birthday of the Austrian Korczak Society, a bilingual (Polish-German) exhibition entitled Janusz Korczak. Giving Children a Voice was opened at the Polish Institute. It presents the life and work of the remarkable “Old Doctor”, who died in the German Nazi extermination camp Treblinka together with the children from his orphanage.

“Who was Janusz Korczak?” asked Rafał Sobczak, the director of the Polish Institute, in his speech. “The answer to this question, in light of his social and pedagogical work, is not an easy one. Janusz Korczak was a great theoretician and practitioner of pedagogy. A scholar of the world of children who pioneered the efforts to protect children’s rights. He was also a major in the military reserve force and a doctor of the Second Polish Republic Army.” 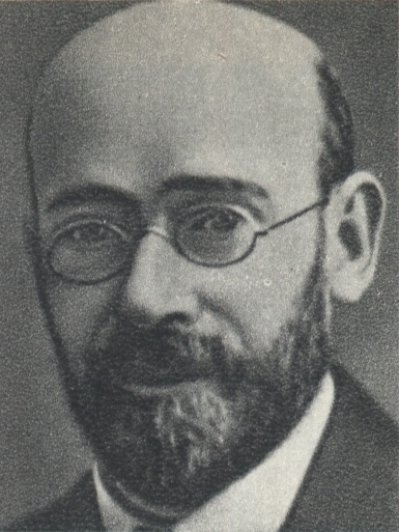 The exhibition presented at the Polish Institute was designed on the basis of collaboration between the Pedagogical Faculty of the University of Leipzig, the Institute of Pedagogy of the Jagiellonian University and the Leipzig organisation Schulmuseums-Werkstatt für Schulgeschichte. Since its it was first unveiled in 2007, the exhibition has been presented in 32 cities, including Görlitz, Leipzig, Geneva, Graz, Warsaw and Krakow, covering over 18,600 kilometres.

“The exhibition is all in green, divided into chapters in such a way as for each shade of green to symbolise various aspects of Janusz Korczak’s life: past, present and future, to which we also tried to refer,” explains Cornelia Müller, a historian and academic at the Zittau/Görlitz University of Applied Sciences and the exhibition’s curator.

“For Korczak green was the colour of children, symbolising growth, forests, meadows, something positive,” she continues. Müller hopes that the exhibition, which is already almost ten years old, but is continuing to develop and mature, will soon set off on further travels around the world.

The evening in the Institute was also an opportunity to celebrate 25 years of the Austrian Janusz Korczak Society. Prof. Karl Garnitschnig, the chairman of the Society, spoke in his address of the noble ideas cultivated by Korczak: “All people are good, and children are most certainly good. But is that actually the case? Are we really all good? If we want people to be good, we must assume that they are. If we don’t assume that we’ll manage to achieve our objectives we will never achieve them. This is our most important task – to perceive children’s rights from the perspective of the assertion that children, and all others, are good.”

A highlight of the evening at the Polish Institute came when the Janusz Korczak Award for outstanding achievements was bestowed to five winners – children living permanently in care homes or foster families who have overcome extremely tough experiences and complicated histories to achieve so much in their personal development, making a major contribution to the harmony of life in the communities in which they live in.

The award was conceptualised by Austrian artist Elisabeth Köpl, who said a few words about the design and the history of the award. Musical accompaniment came in the form of an appearance by Ensemble Bulgareaska, comprising Susanne Wallner – accordion, Claudia Wratschko – clarinet, and Manuela Becker – vocals. The audience were particularly struck by the song Papirosn, which was originally played in the Jewish ghetto.

Almost 200 people attended the evening devoted to Janusz Korczak at the Polish Institute in Vienna, with a large number of the Polish and Austrian guests being children.

“Dear pupils, dear children – today you are the main heroes of our ceremony,” Director Sobczak stressed in his speech. Appreciating the youngest ones, whose lives have not been easy so far, is a noble idea in accordance with what Janusz Korczak himself advocated. It was he who wrote how to love children: “Children are needed in the world, and just the way they are.”

The exhibition Janusz Korczak. Giving Children a Voice can be visited at the Polish Institute in Vienna until 10 March 2017.