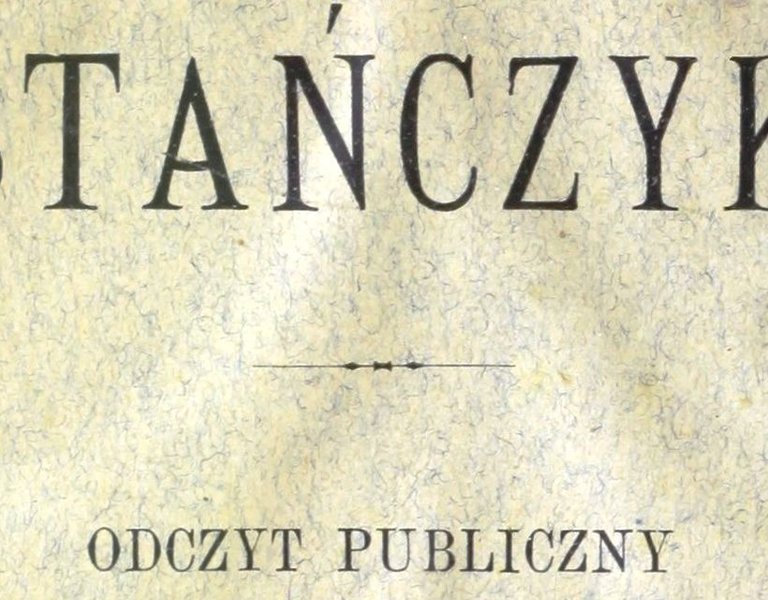 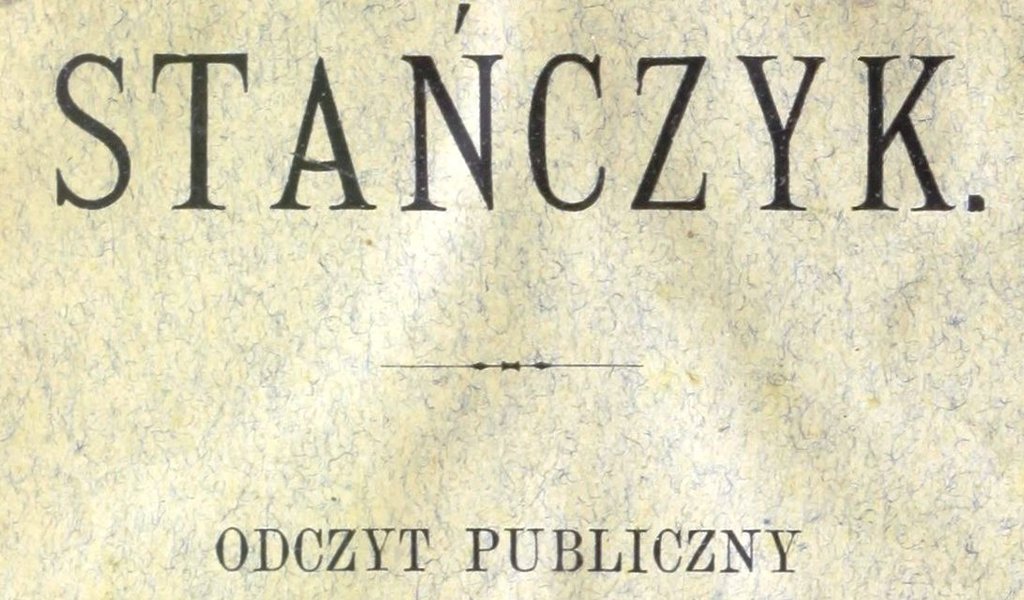 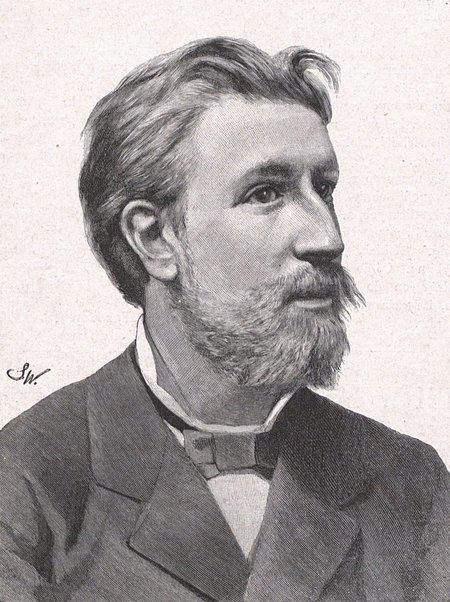 Michał Bobrzyński attended lectures by Prof. Józef Szujski, and then remained under the influence of Prof. Antoni Zygmunt Helcel, editor of Starodawne Prawa Polskiego Pomniki (‘Old Polish Law Testimonials’). Using the historical-legal method, under the influence of both Szujski and Heltz, Bobrzyński decided to devote himself to learning the history of Polish law and wrote his post-doctoral thesis on Kazimierz Jagiellończyk’s Nieszawa legislation (1873).

In 1875, after a research trip to Germany, where he studied with Prof. Rudolf Sohma, Bobrzyński expanded his specialisation, habilitating in the history of German law. After two years, he became an associate professor of both subjects, and in 1879 - a full professor. He was also appointed the director of the National Archives of Town and Land Records in Krakow. In 1878 he became a correspondent member, and in 1883 - an ordinary member of the Academy of Skills.

The years 1873-1885 were an incredibly abundant and versatile time of scientific creativity for Michał Bobrzyński. Among the most important works he announced at that time were a study O dawnym prawie polskim, jego nauce i umiejętnym badaniu (‘Old Polish Law, Its Science & Meticulous Study’, 1874), a dissertation O założeniu sądów wyższych prawa niemieckiego na zamku krakowskim (‘On the Establishment of Higher Courts of German Law at the Kraków Castle’, 1875), Bunt wójta Alberta (‘Rebellion of the Mayor Albert’, 1877), a dissertation O Sejmach polskich za Jana Olbrachta i Aleksandra (‘Polish Parliaments under Jan Olbracht & Aleksander’, 1876). He also wrote four volumes of Starodawne Prawa Polskiego Pomniki, in which he included Mikołaj Taszycki’s Correctura Iurium, political treatises of Jan Ostroróg, Stanisław Zaborowski and Paweł Włodkowic, a collection of Krakow court judgments from the sixteenth century and the customary law of 1544. He also wrote and published the most important scientific work of his life: Dzieje Polski w zarysie (‘Outline of Polish History’, 1879).

It was in Dzieje Polski w zarysie, that all views of Bobrzyński on the political history of the Polish nation crystallized, including the factors underpinning political development, the reasons behind its greatness and what caused its collapse, especially with regard to the partitions of Poland. Bobrzyński saw the key to positive political history in a strong power ruling society, by no means monarchist, but a strong power with any political system, satisfying the needs of the nation and acknowledging the proper sense of these needs. In Dzieje Polski w zarysie, Prof. Michał Bobrzyński tried to show that whenever the nation created strong and conscious organs of the supreme authority, it would achieve a high degree of power and development. In turn, political disasters were - in his opinion – the result of weak supreme power and misunderstanding of collective needs.

Dzieje Polski w zarysie provoked strong objections, both among historians and contemporary society, if only because it was very critical of many historical personalities, and saw the catastrophe of the partitions in social anarchy, instead of - as was the case in previous historiography - the greed of the partitioning powers. To clarify the allegations and doubts, Bobrzyński published two theoretical dissertations on the concept of history and its tasks: W imię prawdy dziejowej (‘In the Name of Historical Truth’, 1879) and O podziale historii polskiej na okresy (‘About the Division of Polish History into Periods, 1880). However, as his contemporaries recall, at the turn of the 19th and 20th centuries, Dzieje Polski w zarysie was a fixture in almost every Polish home: after all, they concerned Poland and its history. Taking up his historical synthesis, he did not shy away from the unpopular attack against the popular myths of Poland’s national past, or making a painful attempt at seeking historical accountability.

In 1885, Michał Bobrzyński was elected a member of the national Sejm and the Austrian State Council. In doing so he moved from history to active politics. Connected to the conservative Krakow's group of  "Stańczyk" (including Józef Szujski, Walerian Kalinka, Stanisław Tarnowski, Józef Dunajewski, and Stanisław Koźmian), he became its actual leader. In the years 1891-1901 he was the vice-president of the National School Board and in this position he contributed to the significant development of folk, secondary and vocational education in Galicia; this helped, among others raise the level of school textbooks, extending the network of folk schools, raising the education of teachers. 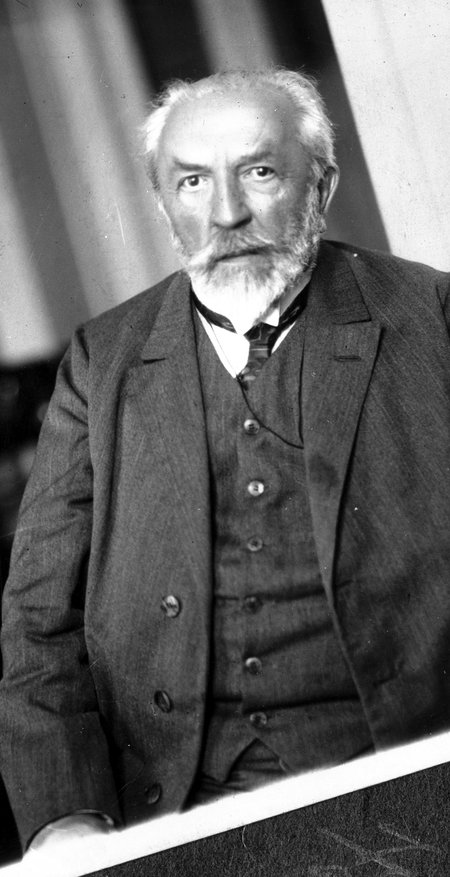 In 1902, Michał Bobrzyński returned to the university chair in Krakow, lecturing political law and giving many talks. In April 1908 (after the assassination of the governor Andrzej Potocki), he was appointed governor of Galicia, holding this office until 1913. As governor, he set himself the task of raising the level of administration, alleviating Polish-Ukrainian relations and gaining the support of the wider population. He managed to carry out all of the above. However Bobrzyński’s programme as governor of Galicia encountered resistance - both in the Galician Sejm and in the Austrian parliament. Therefore, in May 1913 he resigned from the function and left for Italy, where he remained until the outbreak of the Great War.

Professor Michał Bobrzyński supported the Supreme National Committee and in 1917 he was appointed a minister for Galicia. During this period, he presented a draft proposal outlining its separation, supporting the independence movement, aimed at the reconstruction of the independent Polish state. He intervened many times in defense of the Legions and the Supreme National Committee.

After Poland had regained independence, he wrote and published the two-volume work Wskrzeszenie Państwa Polskiego (‘Resurrection of the Polish State’, 1920-1925). In 1922, he published two highly acclaimed and still important volumes – Szkice i studia historyczne (‘Sketches & Historical Studies’). In 1919 he left Krakow and settled in Wielkopolska. He rarely spoke on state matters, but he prepared a questionnaire on the draft constitution and a draft reform of the administration. He died on July 3, 1935 in Poznan and was buried in Krakow.

In politics, he adhered to liberal principles related to egalitarianism. However, when he proclaimed the need for a strong state, he was an opponent of so-called national egoism. As a supporter of "organic work" he believed that this is the way to revive the nation, its prosperity, raising the level of education and organization of collective life. Although an opponent of national uprisings, he supported the Polish Legions created during World War I, considering them as a means to realize the slogans of Polish independence.

Professor Michał Bobrzyński was a man of unusually clear thought and precision in making judgments and pronouncing the judgments. His knowledge of the history of the Polish nation, his psychology, meant that he was also an outstanding statesman.

Recalling Dzieje Polski w zarysie in 1948, Prof. Stefan Kieniewicz, also an eminent expert on this period of Poland's history, stated: "We all know this book, we all [...] say that it is biased and out-dated, and yet we still go back to it, and today, after several decades, we are worried by the views espoused by the author, even when challenging them, we remain under the spell of his firm style, courage and range of views, the power of synthetic insight." And further: "Bobrzyński's individuality influences the third or fourth generation of Polish historians today". It is probably hard to find a better monument.