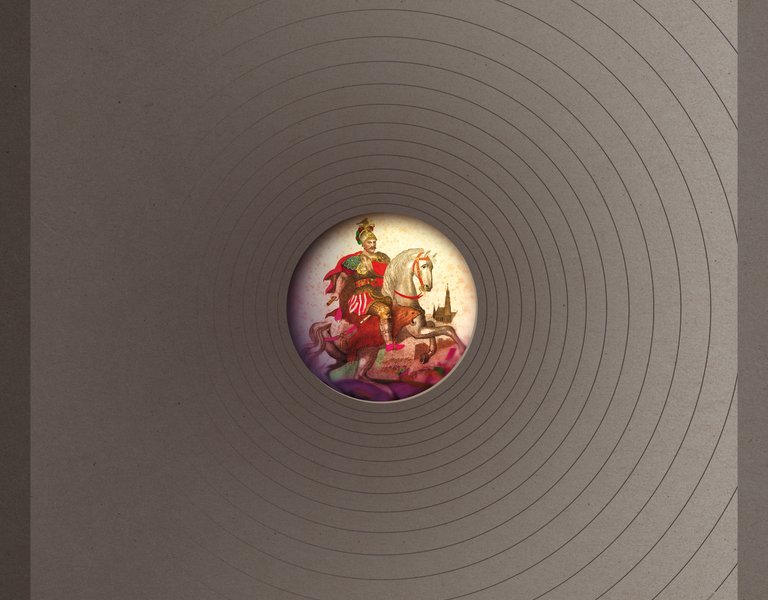 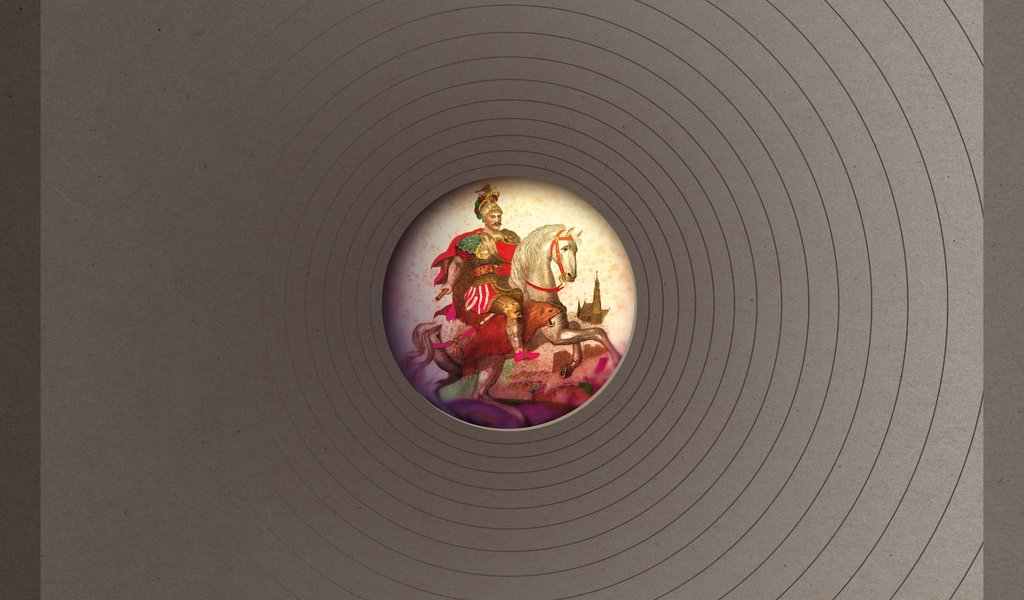 What added value could the study of Polish history contribute to the history of Europe and the world? What could we use to pique the interest of our immediate neighbours and the wider world? Distinguished historians sought answers to these questions in Krakow during an international conference dedicated to Polish history and its promotion around the world.

“In order for Poland to be a country that feels good in its own skin, it has to be a country in which its citizens are proud of their identity. We have to make sure that we portray Poland in the best possible light – to others as well as to our own citizens,” Deputy Foreign Minister Jan Dziedziczak said during the opening of the conference. The event, organized in Krakow by Poland’s Ministry of Foreign Affairs together with the International Culture Centre (ICC), was attended by historians from Austria, Lithuania, Germany, the United States, Ukraine, Hungary, Great Britain as well as academics affiliated with Poland’s leading research centres. 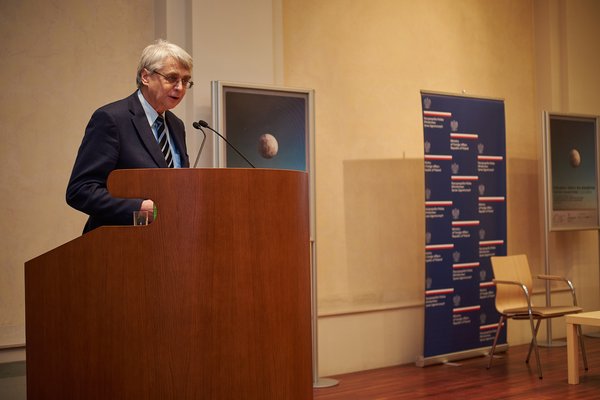 “From time to time it is worth looking into the mirror, asking ourselves what added value does the history of Poland contribute to the history of Europe and the world,” said Prof. Jacek Purchla, the founder of the ICC, as he opened the Krakow conference titled “Polish history within an international perspective.” Prof. Purchla, an art historian, is also the president of the Polish National Commission for UNESCO. “Polish history is a paradox. A deep conviction about the greatness of our country’s achievements is an integral part of Polish national identity, however at the same time that does not translate into European historical memory,” Prof. Purchla added.

The two-day conference attended by historians was an opportunity to compare various interpretations of Polish history. The debate was initiated with a lecture (“Poland – a country on the moon”) by Adam Zamoyski, an historian and essayist of Polish origin who is the author of many books written in English about the history and culture of Poland, including the bestseller “The Polish Way – A Thousand-Year History of the Poles and their Culture”. “Speaking in Westminster Parliament, the parliamentarian Edmund Burke lamented on the disappearance of Poland from the map of Europe, but he admitted that when it came down to concrete consequences as a result of this disappearance, nothing had actually changed. It’s as if this country was on the moon,” the historian said. He also stressed that it was common practice for a country to create its own historical narrative, its own “mythology.” Throughout the 19th century, Poland did not have the chance to do so, it could not promote its own national symbols.  Meanwhile, its neighbours-cum-oppressors created their own historical narratives. “As a young man, when I used to pick up an Anglo-Saxon or French book on the “History of Europe” and scan through the book’s index looking for mentions of Poland, I would see two, maybe three, references. Sometimes Sobieski would pop up, other times Kosciuszko. And that was it,” Zamoyski said.

“It was only in the 20th century, with the independence year of 1918, that historians – not only from Poland, also Czechs and Hungarians – wanted to become part of the European historical community.  Prof. Purchla points out that Prof. Oskar Halecki, who coined the term Central-Eastern Europe, was a valuable addition to this group. 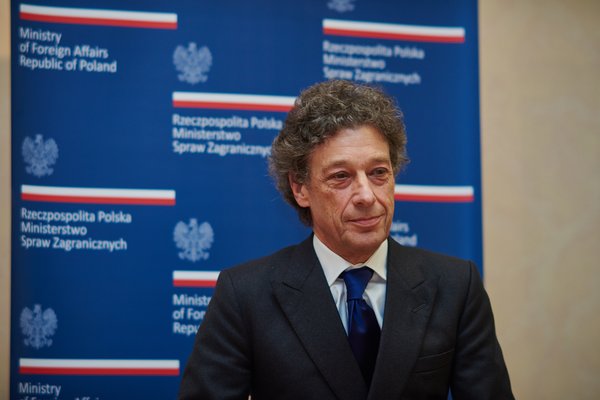 What must one do to plug these gaps within Europe’s historical narrative? Historians have different opinions regarding this question. Adam Zamoyski stressed that Poland should move away from its narrow focus on great individuals. He also proposed not to concentrate too heavily on exact borders, as we risk getting trapped within them. "Polish history needs to be taken to the wider world because it is everywhere, not just here in Poland. The Renaissance, the Romanticism, Poland had a strong presence in both, albeit not a geographic one." Despite this, and to the surprise of some, the British historian presented another way of creating an interesting historical narrative - through a sense of humour.  "That is why English people make such good historians, because they are able to laugh at a lot of things, including themselves," he said.

Prof. Purchla pointed to the role played that culture and heritage plays in the formation of historical narratives. "A test of sorts is the UNESCO world heritage list. People who travel the world can verify for themselves the attractiveness of individual places. The fact that Krakow was among the first 11 listings in 1978, and that we have such a strong position on the list, is an indicator but also a motivation for us not to rest on our laurels," he added. Prof. Purchla pointed out however, that Poland must be proud of its modernity, of the civilizational leap that it has made. "Poland is no longer a suffering country in need of external assistance. It is a country that has undergone a civilizational change. We don't promote this fact enough."

The United States is a country that could still use more information about Poland. "Polish history remains under appreciated and the average American knows nothing about the subject. Poland is barely mentioned in the handbooks about European history....This is despite the fact that Poles more than once influenced the course of European and world history," Dr. Patrice Dabrowski wrote in the introduction to her book "Poland: The First Thousand Years” (published in the U.S. in 2014). During the conference, the author of books published in the United States also said that it could be useful to look at Poland from a slightly different perspective. "It is worth showing a normalized version of history and to tell it in a way that is universal. For example, talking about things such as the development of Polish cabaret, radio and the production of the first Polish cars. Instead of only concentrating on difficult topics, experiences rooted in martyrology," she said. 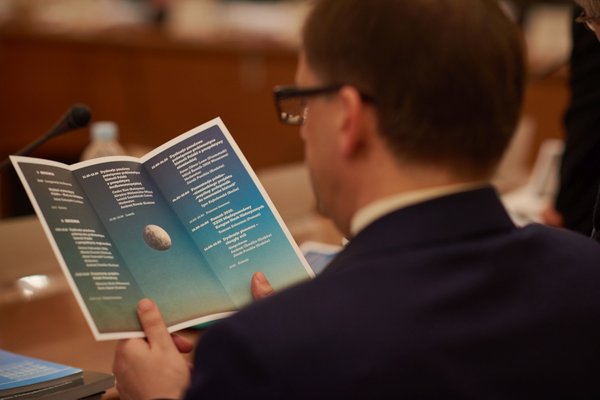 What part of Polish history are Americans most interested in? "In the U.S., the events that most people know about are events during the Solidarity period and most recent history. People are familiar with the names of Walesa and John Paul II. It is worth telling people more about everything related to the development of democracy," Dr Dabrowski stressed in Krakow. She made the point however, that this was not the only area of Polish history that could be used to pique the interest of Americans - earlier periods are also noteworthy, including the 15th, 16th and 17th centuries, an era of greatness for Poland. "For Americans, this is all a novelty. The United States does not have a history that goes back that far. What is needed are interesting, popular books, which showcase this different, unknown world."

Our immediate neighbours are making the case for what connects the Visegrad Group, Lithuania, Ukraine and what together can be made to appeal to the rest of Europe. Prof. Csaba Kiss from Budapest said that for Hungarians, the Pole is often seen as a symbol of the fight for freedom and events such as Solidarność (1980-81) and the transformation years (1988-89) have a special place in Hungary's collective memory. Historians point out that next year marks the 25th anniversary of Visegrad co-operation, which is an excellent opportunity to promote the region's shared history.  They note that the depiction of the nobility within literature, a phenomenon shared by Polish, Hungarian, Croatian and Slovak culture, is a topic that could also be of interest to the rest of Europe.

"Several opinions have been shared. Some people think that it is best to display "normality"- making clear that we have an amazing culture, much like the West, which has been created together across the region of Central-Eastern Europe. However, this poses the question: will this type of normality be attractive to a Western audience? Another way is to showcase the inherent differences. For example, someone suggested organizing parades of Polish Hussars in London. We should forget these differences of opinion and not look for one, single way in which to promote Poland," said Prof. Andrzej Nowak.

He added that during their discussions, there were also diverging opinions among historians about whether to only show a strong, powerful Poland and display only the positive aspects of Polish history - or whether to also mention the country's traumas and negative historical experiences.  "It is not easy to find the right balance, but we cannot go without our national memory. We must remind ourselves of Poland's rightful place within the 20th century - a history that includes amazing discoveries and culture. But also a history of sacrifice, of victims who died for our right to live in freedom."