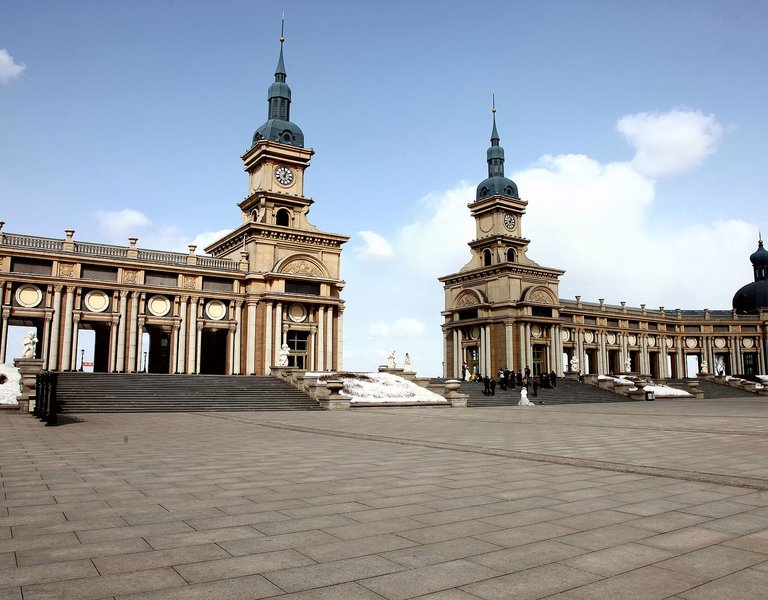 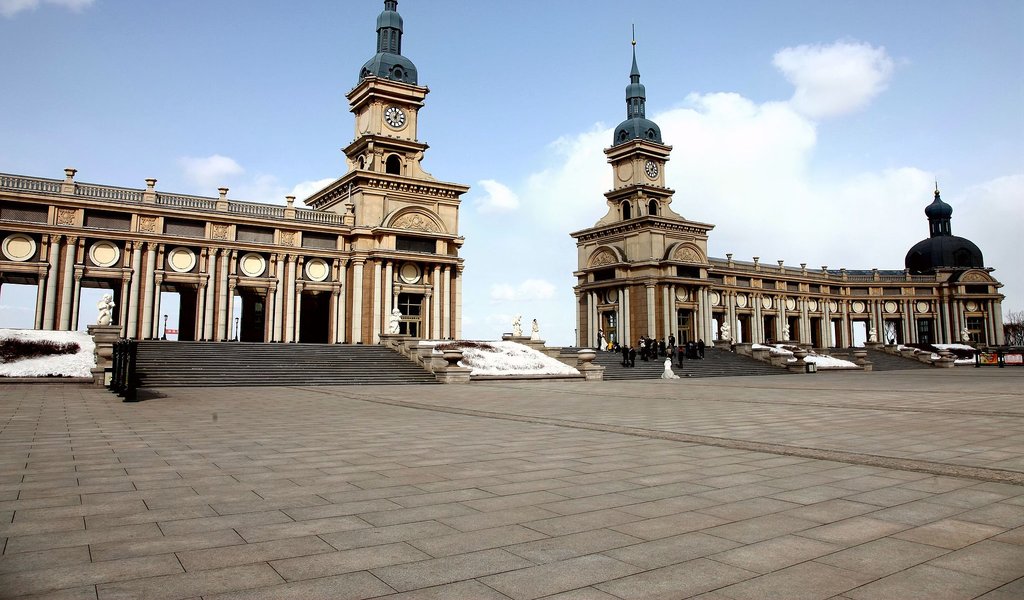 At the end of the nineteenth century, Harbin in Manchuria became home to many Poles. The enthusiasm and resourcefulness of Poles settling among the Chinese on the Songhua River produced results very quickly.

Harbin expanded in the blink of an eye. Next to the railway, the first industrial plants were created, creating jobs – although Poles were far away from their homeland, many felt at home.

From the very beginning, the Church played an important role in integrating the Polish community, consisting of several hundred people. The first temple was erected by the residents of the city at the beginning of the twentieth century. It soon turned out that the wooden church was too small to fit the congregation, so a decision was made to build a larger church. Engineer Mikołaj Kazy-Gierej prepared a design. The workers dug the first shovel into the ground in 1906 and already in 1909 Bishop Jan Cieplak, suffragan of Mogilev and later Archbishop of Vilnius, consecrated the neo-Gothic style St. Stanislaus Church. The church became a place for prayer for Chinese and Korean people as well. A few years, a second church was constructed to cater to the constantly expanding Polish community.

Chinese on the Matura exam

In 1909, the priest Władysław Ostrowski, a passionate priest and a respected social activist, begins began his pastoral service in Harbin. Shortly after being ordained, Father Ostrowski established the Society of St. Vincent de Paul. In doing so he wanted to help the needy, the poor, and refugees who come to Harbin from Siberia. But he also wanted to propagate Polishness, especially among the youngest. Even though many residents of the new city felt very attached to their Polish identity, they spoke Polish very poorly. Some of them communicated only in Russian. The parish priest established a primary school next to the Society. It became the second facility in Harbin providing educational instrument to Polish children. The first one was set up in 1908 by the activists of the Cultural and Educational Association “Polish Inn” (Gospoda Polska), created a year earlier.

In subsequent years Poles developed a network of schools. They understood how important education is for the young generation. The third primary school and the H. Sienkiewicz Secondary School are formed, and later the latter is granted powers to conduct final exams, (Matura) recognised by the educational authorities in free Poland. The subjects taken at the Matura exam, alongside Polish and English, also included Chinese. The Polish community created very good conditions for young people. They built a modern, spacious secondary school using their own contributions. Over 34 years of existence of the secondary school (by 1949) about a thousand students studied here, and 228 certificates of secondary education were issued. By 1949, after 34 years of existence, about a thousand students had studied here 228 secondary education certificates had been issued. In Harbin, the Ursuline Sisters of Poland established their school for Russian, Korean and Chinese girls. There was also a lower seminary for young men.

Polish activity in Manchuria was completed by culture. An amateur theatre staging ambitious plays was created at the “Polish Inn” Association. Among others, it produced Wyzwolenie (Liberation) by Stanisław Wyspiański. Young Poles fulfil themselves artistically in a song and dance ensemble. The Association ran a well-stocked library and published Polish press. A group of young people fascinated by Chinese culture and language, with the support of the Polish Consul in Harbin, Konstanty Symonolewicz, developed the first Polish Harbin transcription of Chinese characters, and translated Chinese poets into Polish.

Scouting also helped them preserve their Polishness. There was a resilient scouting troop, both male and female. A Sport Team “Falcon” with basketball, football and athletics sections was created. The hockey team also achieved success. Its captain, Michał Antuszewicz, alias “Mandżur,” after his return to Poland continues his sport career and in 1952 represents our country at the Olympic Games in Oslo. Its captain, Michał Antuszewicz, alias “Mandżur,” continued his sport career upon his return to Poland and in 1952 represented his country in the Olympics Games in Oslo.

In the interwar period, the Polish community in Manchuria maintained close ties with the homeland, primarily through the consulate. Poles from Harbin helped the Polish state and Polish companies establish business contacts with Chinese enterprises. Our countrymen came to Manchuria, as well as Harbin, in waves. First, together with the builders of the Chinese Eastern Railway, then after the Russo-Japanese War, and later following the turmoil of the First World War. Another wave consisted of people running away from the Bolshevik Revolution. As a result, the Polish community in north-eastern China became the most numerous –composed of more than 10,000 people, of whom three quarters lived in Harbin.

Poland’s regained independence provided a stimulus for Poles to leave Harbin. In Harbin this event was greeted with great enthusiasm. After the departure of Polish railway workers in 1925 about 4,000 Poles remained in Manchuria.

In the following years, at the time of the economic crisis, subsequent groups left Harbin, most of them returning to their homeland, while others chose Australia, the USA and Canada. The historic turmoil also played a role with regards to the departures. While the Japanese occupation was not very severe for the Poles, the revolution of Mao Tse-tung was. The Communists disbanded the “Polish Inn” and the Polish Civic Committee, and in their place created the Provisional Polish Committee in Manchuria which enjoyed the confidence of the new authorities. One of its tasks was to prepare the repatriation to Communist-occupied Poland. In July 1949, 784 people in three rail transports came to Poland through the Soviet Union. A group of 450 Poles still remained in Harbin, but left China in trickles until 1963. The last Pole did not leave Harbin until 1993. And this is how a nearly century-long presence of Poles on the Songhua River ended.