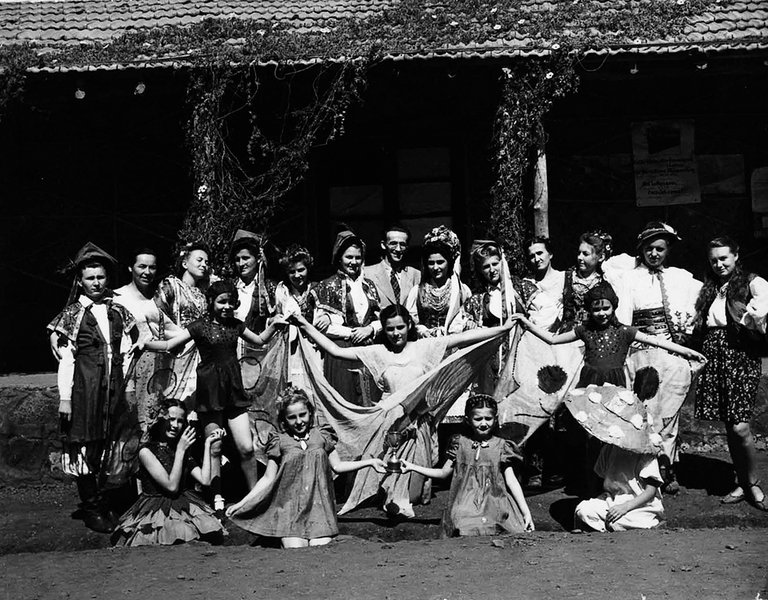 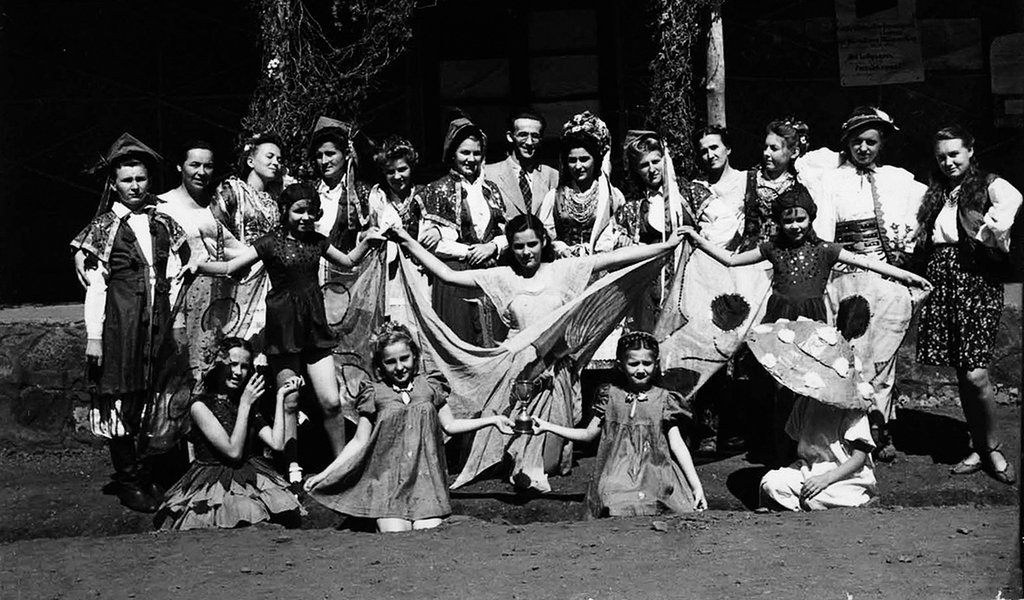 The Sejm commemorates the “Good Maharaja”

He created a real home for more than a thousand Polish war orphans in India. The Sejm has decided to honour the memory of Jam Saheba Digvijay Sinhji with a special resolution. 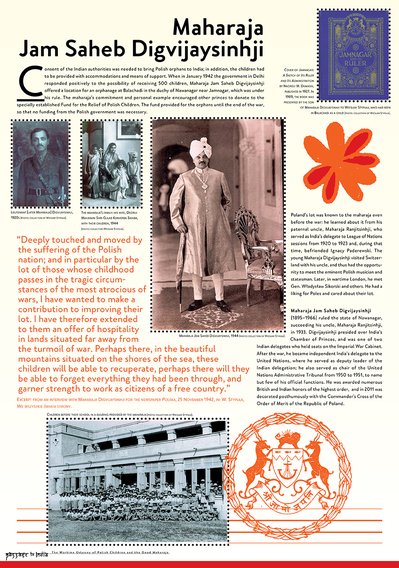 “The Sejm of the Republic of Poland, honouring the 50th anniversary of the death of Jam Saheba Digvijay Sinhji, commemorates and pays tribute to the outstanding merits and great selflessness which he demonstrated by rescuing over one thousand Polish children from starvation and suffering,” we read in the resolution adopted by the Sejm. Members of the parliament agreed that the help of the “good maharaja,” who died in Bombay in February 1966, deserves special recognition. The more so that still too little has been said about this historic figure.

Jam Saheba Digvijay Sinhji is one of the brightest figures in Polish history during the Second World War. Thanks to his good heart, more than a thousand young Poles rescued from orphanages in the Soviet Union were able to live out the end of the war in safety. In the Polish Children’s Camp in the Indian Balachadi (now, the state of Gujarat) the maharaja greeted them with the words: “Do not consider yourselves orphans. You are now Nawanagars. I am Bapu, the father of all the residents of Nawanagar, including you.” After months of separation from their families, hunger and terrible conditions suffered in Soviet orphanages, these words sounded like an invitation to paradise. And – according to the accounts of the “maharaja's children” – they really were.

The little residents of the Polish Children Children’s Camp were children of Poles from the eastern territories of the Republic of Poland who were deported deep into the Soviet Union in 1940. Deportations began a few months after the Soviet Army’s invasion of Poland on 17 September 1939. Tens of thousands of Polish families landed in Siberia and Kazakhstan – parents and grandparents in kolkhozes and labour camps, children in children's homes. The Sikorski-Mayski agreement signed in July 1941, which restored diplomatic relations between Poland and the Soviet Union, helped save some of those who had endured the harrowing transport followed by slave labour or terrible conditions in the orphanages. 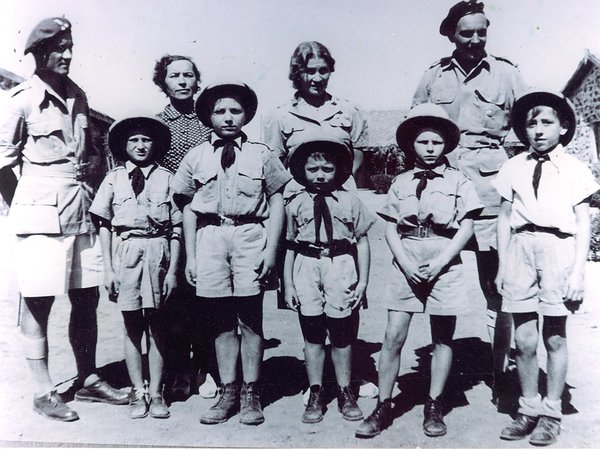 Poles in the USSR were granted amnesty, allowed to create an army and leave the hostile lands. General Władysław Anders became the commander of the Polish Army in the USRR. He issued an order to save, not only soldiers, but also their families and as many Polish children as possible, since tens of thousands of them were in the most remote regions of the Soviet Union after their deportation in 1940-1941. Together with the army, children went to the countries which had declared their support – including Mexico and New Zealand. India was the first to declare admittance of young refugees. Volunteers who rushed to search for them, first brought them to an orphanage established in Ashgabat on the border with Iran.

The journey to the border alone was an adventure for the little survivors. After months of distress, hunger and loneliness, they were finally to return to their families – even if this prospect was still remote. Some of them were rescued by Hanka Ordonówna, the famous pre-war singer, about whom some had heard still in their family homes. However, the real magic was to happen much later, in the Indian Balachadi, where the camp created by Jam Saheba Digvijay Sinhji, a personal acquaintance of Ignacy Paderewski and a friend of Poland, awaited them. The maharaja not only founded the camp, but also persuaded the Chamber of Princes of Indian to make a voluntary commitment to keep five hundred Polish children until the end of the Second World War. Several dozen maharajas paid money to the account of the Committee for Helping Polish Children under the name “The Polish Children Account.” 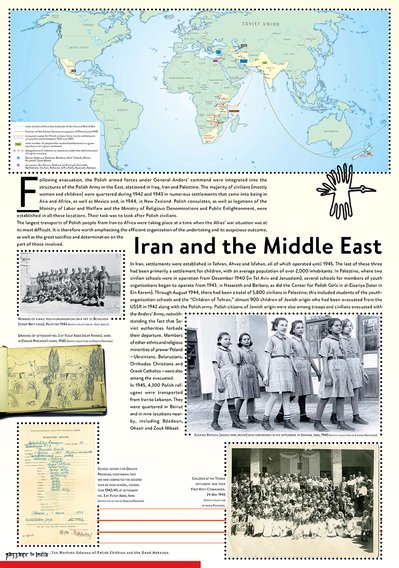 Wiesław Stypuła, the oldest living resident of Balachadi, recalled in 2013 during the shooting for the documentary “Little Poland in Kathiawar,” directed by Anu Radha, that the maharaja was very concerned about his wards. He did not miss a single theatre performance or sporting event, was visibly touched during a nativity play, and as a grateful spectator responded with applause and loud laughter. Usually, he did not demand simultaneous interpretation. He only asked to be introduced to the subject of a play or for a text to be translated before the performance. Jam Saheba Digvijay Sinhji was so involved in the lives of Poles that he imported a translation of “The Peasants” by Władysław Reymont from London.  Relations between the maharaja and Poland date back the 1920s, when he was staying in Switzerland with his uncle. It was there that he is said to have met Ignacy Paderewski, who infected him with his affinity to his country.

Out of the 5,000 children refugees sent to India, one thousand of them owe their survival to the maharaja. And yet he did not expect much in return. General Władysław Sikorski said that the maharaja only asked for a street in free Poland to bear his name. In 2012, he was posthumously awarded the Commander's Cross of the Order of Merit of the Republic of Poland and Warsaw district of Ochota named one of its squares after him - the “Square of the Good Maharaja.”

In April, a special exhibition dedicated to the maharaja, called “Passage to India - The Wartime Odyssey of Polish Children and the Good Maharaja', was on display at the UN headquarters in New York. The exhibition was prepared by the Polish History Museum.