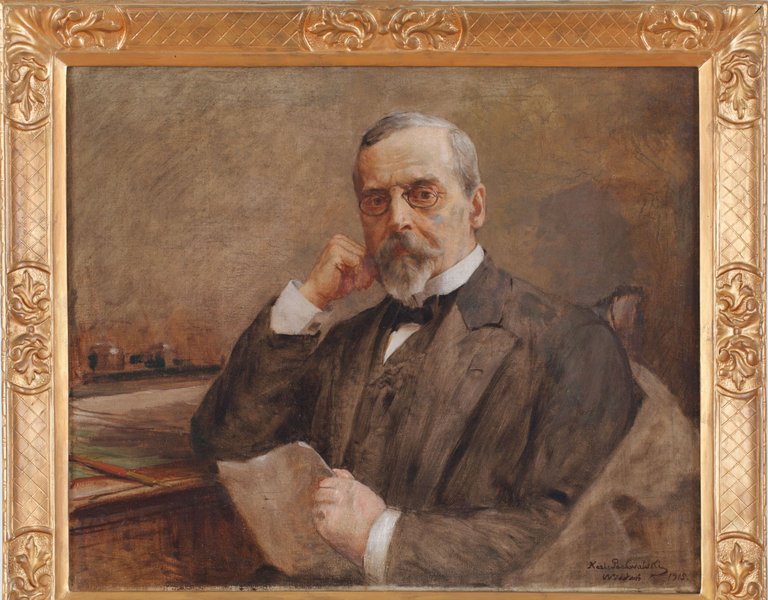 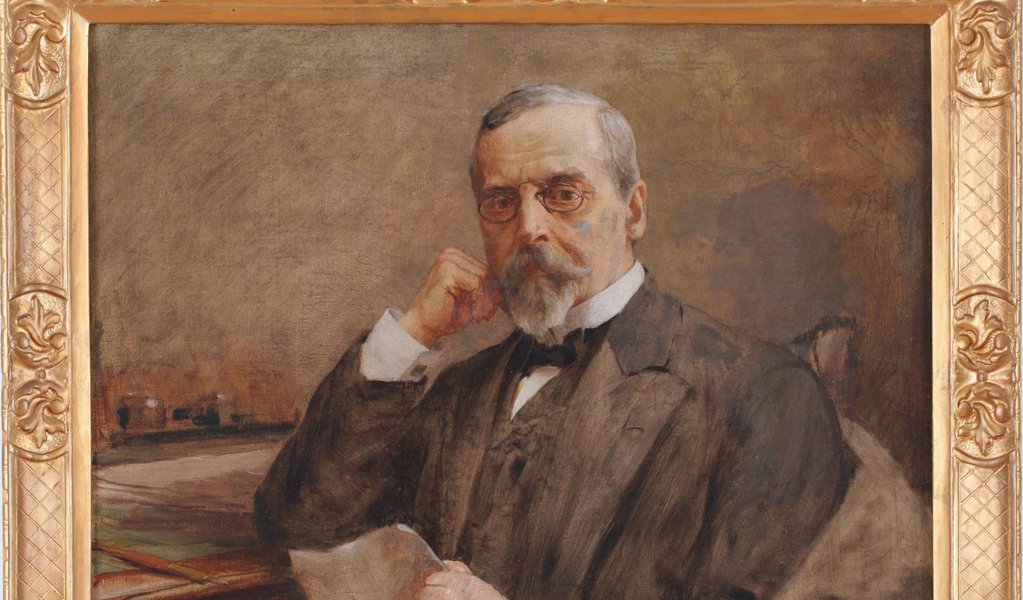 Successive generations of Poles cultivated their patriotism on his novels. A winner of the Nobel Prize for Literature, to this day Sienkiewicz remains one of the most popular Polish writers in the world. 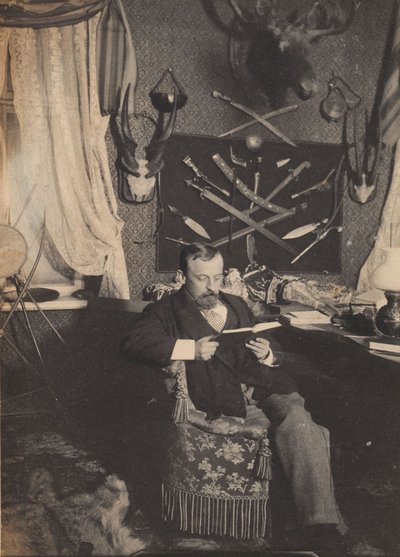 "Through his literary, journalistic and social activity he awakened a sense of national identity, taught pride in Polish culture, love of the homeland and the ability to make sacrifices,” Polish senators wrote in explaining their decision to declare 2016 the Year of Henryk Sienkiewicz. This is a special year as it marks the 100th anniversary since the death of the novelist in Vevey, Switzerland, where he moved to after the outbreak of the First World War.

Henryk Adam Aleksander Pius Sienkiewicz, of the Oszyk coat of arms, was born into an impoverished noble family. He grew up on estates in the Mazovia region. At the age of 12 he was enrolled in a middle school in Warsaw. Praised for his essays already as a student, he was not particularly gifted in science. At eighteen, unable to count on financial support from his parents, he became a private tutor in Plonsk. After obtaining his high school diploma he took up studies in medicine, later switching to law, before eventually graduating from the faculty of philology and history. It was during his studies that he learnt Latin and the Old Polish language, which he would later use in his novels.

He wrote his first book while still a student. However, Ofiara (Victim) never appeared in print, unlike Na marne (In Vain). In 1867 he made his debut as a journalist, and seven years later, already as an author of several novels, he became the head of Niwa magazine’s literary section. A regular fixture at Warsaw’s salons and a member of contemporary high society, in 1878 he went on a journey to the United States, together with the famous actress Helena Modrzejewska (Modjeska) and a group of friends. His Listy z podróży do Ameryki (Letters from a Journey to America), printed in the Gazeta Polska newspaper, won him the recognition of readers.

The visit to the USA resulted in several works, including Latarnik (The Lighthouse Keeper) and Sachem. In 1878 he returned to Europe – first to London, and then to Paris, where he spent one year. In France, he was exposed to naturalism in literature and, after returning to Poland, he wrote a short novel in this spirit – Janko Muzykant (Yanko the Musician), which was followed by Za chlebem (For Bread). 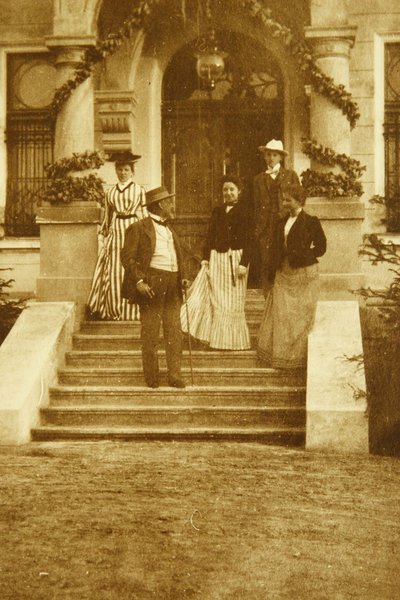 His short historical story Niewola tatarska (Tatar Captivity), published in 1880, was a prelude to Ogniem i mieczem (With Fire and Sword), released four years later. The book was the first part of Trylogia (Trilogy), a series of historical novels set in the mid-17th century. It was Trylogia that gained Sienkiewicz the greatest popularity at home. By 1888 he had written another two parts: Potop (The Deluge) and Pan Wołodyjowski (Sir Michael). These novels were also published as newspaper installments, with readers gathering together in the evenings to find out about the fate of their favourite characters.

Quo Vadis, the novel widely believed to have earned Sienkiewicz the Nobel Prize, appeared in print in several newspapers: Gazeta Polska in Warsaw, Czas in Krakow and Dziennik Poznanski in Poznan, from March 1895 to February 1896. The book edition, released shortly afterwards, made Sienkiewicz famous throughout Europe. Set in 1st century Rome during the reign of Nero, the novel was translated into many languages and whetted readers’ appetite for his other works. And so the Pole gained a loyal fan base, among others, in Bohemia. Sienkiewicz became the foremost writer in his motherland, and the novel Krzyżacy (The Teutonic Knights), published in 1900, sealed his position.

In 1905, the Swedish academy awarded Sienkiewicz with the Nobel Prize for his lifetime achievement. Of significance was the fact that, as the senators pointed out in their resolution announcing 2016 as the Year of Sienkiewicz, “in the days of enslavement, he wrote to uplift the hearts, and his books found shelter beneath roofs of thatch.”

However, Sienkiewicz did not live long enough to see a free Poland. He died in 1916 in Switzerland, where he emigrated after the outbreak of World War I. In 1924 the coffin with his body was transported by rail to Poland, and solemn crowds assembled at most stations it passed. 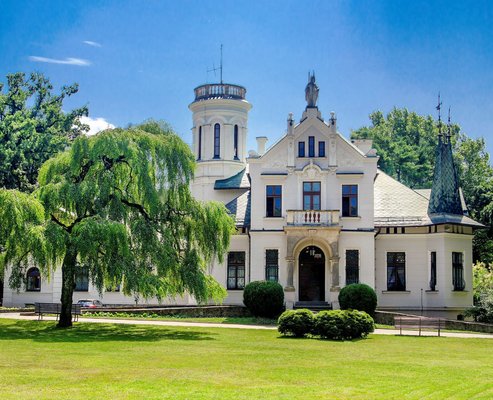 The Year of Sienkiewicz will feature a number of events related to the writer. Many of them will be held at the Henryk Sienkiewicz Museum in Oblegorek, a branch of the National Museum in Kielce. “We are one of the few centres in Poland which present and popularize the life of Henryk Sienkiewicz. The manor house in Oblegorek, which witnessed the writer's life, has been the most popular of our branches over the years,” Robert Kotowski, Director of the National Museum in Kielce, tells Polska.pl. “In recent years we have made considerable investments and upgraded the exhibition to today's standards by introducing multimedia features. A part of Sienkiewicz’s manuscript appearing on the wall of his study and an interactive exhibition on the first floor have proved particularly popular with visitors. Recently I launched temporary exhibitions in the manor house, so that we can present a wealth of collections related to Sienkiewicz,” says the director.