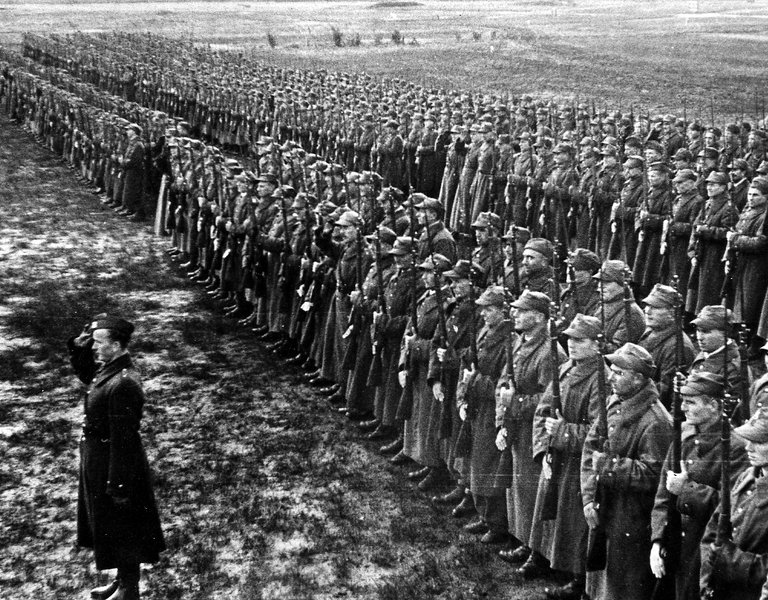 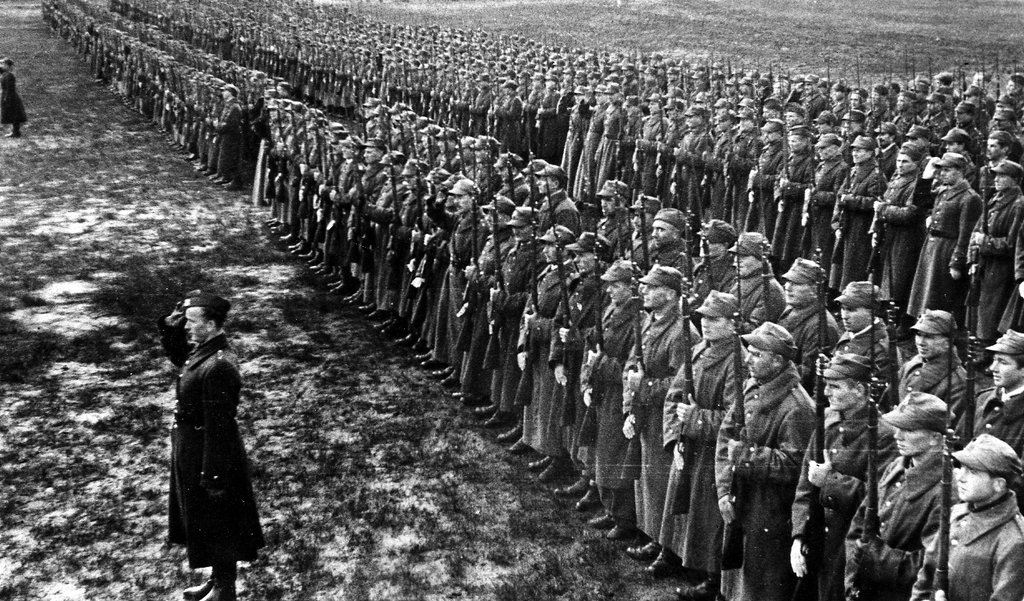 They marched barefoot in front of the Soviets

“They fled to Manchuria,” these famous words by Joseph Stalin about the missing Polish officers taken prisoner by the Soviets in 1939, were uttered on December 3, 1941, during a meeting between the Soviet leader and the Prime Minister of the Polish Government in Exile General Wladyslaw Sikorski.

The conversation took place 70 years ago in the Kremlin in the presence of General Wladyslaw Anders, who – released after a twenty-month-long imprisonment in Moscow’s Lubianka in trousers, a shirt and without shoes – had assumed leadership of the Polish army less than four months earlier.

A special army, because it was composed of starving, sick and exhausted people released from camps and prisons as a result of the agreement between General Sikorski and Ambassador of the USSR to the Polish Government-in-Exile, Ivan Maisky, on 30 July 1941.

With their backs against the wall following the invasion by the Third Reich, the Soviets needed as many battle-ready men as possible. They reached for the "reserves" – the prisoners of war ​​arrested after the invasion of Poland on September 17, 1939. Stalin had also hoped for an alliance with the West, and this would be difficult if the citizens of a country allied with the West were in captivity.

Sikorski realized that the phrase "amnesty to all Polish citizens who are currently deprived of freedom on the territory of the Soviet Union," was a blow to the dignity of those imprisoned - after all, the amnesty included criminals. He also knew that not all members of his cabinet would approve of the abandonment of the Riga border agreements. And when a glimmer of hope appeared among the demoralized Poles deported somewhere far north, dying from hard labour, the cold and disease, when news of Anders’ Army started to reach Kazakhstan’s “steppe of hunger” where the wives and children of imprisoned officials had been sent, almost half the government in London spoke out against signing the agreement. What a lack of imagination they had in demanding more from Moscow, how little did they know about the Soviet reality…this led to a crisis within the cabinet and three ministers tendered their resignation.

General Sikorski got everything that he could at the time: the release of thousands of Poles from hell.

In the Soviet wilderness

People left prisons, camps and villages, where they were forced to settle, they probably would have shrugged their shoulders upon hearing news of the London disputes.  Completely penniless and without supplies they had to make their way to the south, to Buzuluk and Totskoye to Orenburg and Tatishchev close to Saratov, near to the Kazakh border.  One had to overcome thousands of kilometres in war-torn countries, spending weeks on end at stations where the stationmaster had no idea when the next train would arrive and where it would be heading to, acquiring food in any way possible.

When news came about the formation of the Polish army, entire families deported in February 1940 made their way to the Orenburg region: women with children, the elderly, orphans. They travelled in search of collection points scattered throughout the USSR.

There were also those Poles who were simply told that they are free and could go wherever they please, without informing them of the existence of the army. The writer Gustav Herling-Grudzinski found out about the "amnesty" from a scrap of paper and then started to starve himself so that the authorities would release him from the gulag. When he finally got his way, the NKVD officer didn’t mention the Polish army to him. The family of Stefan Weydenfeld, the author of "Ice Roads", built a raft and used it to travel down the river from a remote village. After months of wandering they met someone they knew in Kazakhstan, who knew the location of the Polish army.

They flocked to Anders in their thousands. Dressed in shreds, barely standing on their feet, coming alive at the sight of the Polish flag hanging high in Buzuluk, they wept with joy and fell to their knees. In his memoirs published in exile, Kazimierz Zaród wrote: "From all sides, I was surrounded by Polish language and familiar faces. I met many old friends. People cheered and jumped, greeting each other with hugs and kisses. "

With time it would emerge that many friends were absent – thousands of commanders and fellow soldiers from the 1939 campaign didn’t make it.

A parade without shoes

General Anders had expected it would be difficult to train people that were exhausted and deprived of energy. He was met with a pleasant surprise. When he visited Totskoye to inspect the establishment of the 6th Infantry Division, he saw exactly what he expected: “For the first time I came across a 17,000-strong group of soldiers. I will never forget how they looked,” he wrote in his last book ‘Without the last chapter. Memories from 1939 – 1946’. “A lot of them had no shoes or shirts,” he said.

Emaciated, dressed in rags and shreds of uniforms, the Poles were covered with sores from malnutrition. "But, to the amazement of the Bolsheviks accompanying me, led by Gen. Zhukov, all of them were shaved. What a great soldier's attitude,” he recalled.

“My heart was in my mouth when I looked at these paupers and asked myself, if we can still make an army out of them”. He received his answer straight away: "The older soldiers wept during the service [...]. It was the first and, God willing, the last time that I led a parade of soldiers without shoes. They insisted that they wanted to march. They wanted to show the Bolsheviks that they are able to perform a military march even on the sand with their bare, wounded feet.

The truth about the fate of those who did not reach Anders was revealed by the Germans, who in 1943 discovered the death pits in Katyn. The order sentencing to death over 20,000 Polish prisoners of war, given directly by Stalin himself, only saw the light of day in 1992, when Russian President Boris Yeltsin decided to reach out to the West.