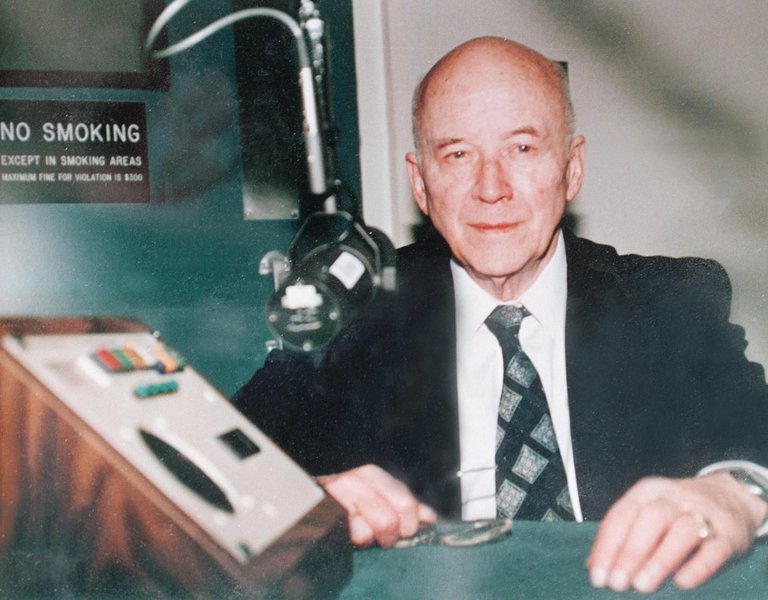 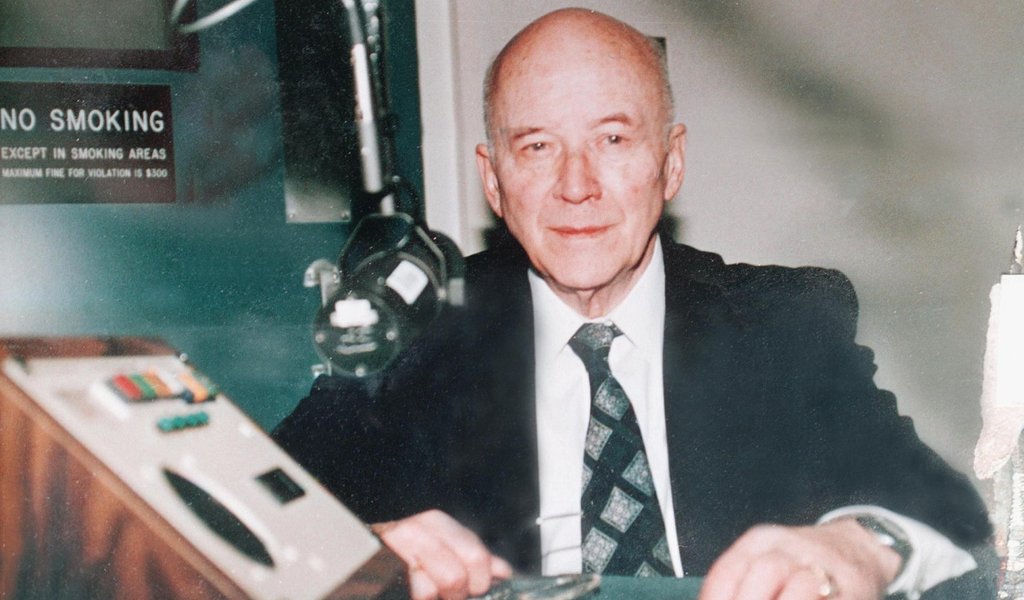 For close to half a century, Radio Free Europe was the only window on the world for 80 million people living behind the Iron Curtain. Its Polish section was headed for over 25 years by Jan Nowak- Jeziorański, the legendary “Courier from Warsaw.”

“Rebuilding a sense of community was the first and foremost aim of our radio station. Maintaining hope was its second purpose,” wrote Jan Nowak-Jeziorański, the first head of Radio Free Europe’s Polish section, in his memoirs. The Munich-based radio station started broadcasting on 3 May 1952 at 11 am. “In the darkest years of Stalinism, the Security Office’s omnipotence, repressions, distortion of history and secrecy, Radio Free Europe gave Poles a sense that someone, somewhere, knows the truth and speaks the truth; that the crimes of the regime will be named and the perpetrators―punished.”

Radio Free Europe was founded in New York City in 1949 as a broadcast service of the National Committee for a Free Europe. It was financed by the United States Congress. RFE targeted “people’s democracies,” or countries which had fallen into Moscow’s sphere of influence after World War II. After a merger between Radio Free Europe and Radio Liberty, the RFE/RL station broadcasted in 20 languages, reaching 80 million people behind the Iron Curtain. Although communists used to spend USD 100m a year to jam it, 60 engineers and technicians would always find a way to transmit information from the West to the East.

Every day, the radio station broadcasted an 18-hour programme to Czechoslovakia, Poland and Hungary, and a five-hour programme to Bulgaria and Romania. The channel employed 500 people, including eminent journalists who stayed in exile after World War II. They not only informed Eastern Bloc inhabitants about the situation on the other side of the Iron Curtain, but also put straight information distorted by the communist propaganda. A special section was dedicated to recording and translating into English reports from the Communist Bloc. The most eminent émigré politicians and writers, such as Gustaw Herling-Grudziński and Leopold Tyrmand, cooperated with the Polish section of Radio Free Europe.

Poles, Hungarians, Czechoslovaks, Bulgarians and Romanians listened to RFE risking their freedom, and sometimes even their life. In the 1950s, listening to RFE was punishable by up to three years of prison. Listeners took the risk because the radio allowed them to discover “imperialist” music, forbidden literature (RFE’s library consisted of 80,000 volumes), and the latest world trends. It was thanks to Radio Free Europe that many of them discovered rock and roll, miniskirts and the hippie movement. The radio also played folk music, from Hungary’s czardas to Poland’s polka, as well as national anthems. Presenters of the Hungarian section read messages from Hungarians in the West to their relatives living in the country. The section also broadcasted programmes for housewives.

Jan Nowak-Jeziorański, the legendary Courier from Warsaw, was the founder and first head of Radio Free Europe’s Polish section in Munich. He headed the radio for almost 25 years, until 1975. In 1943, Jan Nowak-Jeziorański, a professional diplomat and scholar, volunteered for the Home Army as an emissary between the Home Army and the Polish Government in Exile. In the same year, he set out on a mission to London, where he met with Polish and British government officials,including, in 1944, Prime Minister Winston Churchill. Hailed as one of the Warsaw Uprising’s heroes for providing the British with plans of a revolt against the occupying forces, he was sceptical whether the West would provide Warsaw with the help it had been expecting.

“Before I left for London, I realised that the underground command were out of touch with reality. They believed that (…) the whole world revolved around Poland, that Brits had their eyes fixed on our country. BBC broadcasted a disproportionate amount of information from Poland and about Poland, so they thought it was also the line of the British government,” he told Andrzej Wajda 60 years later. The Polish director, in cooperation with Andrzej Kotkowski, made a documentary titled Jan Nowak-Jeziorański. Courier from Warsaw. Sixty years later (1944-2004).

Jan Nowak-Jeziorański would reproach himself for the rest of his life, although he was the last envoy to reach the Polish capital before the uprising, and the one who brought hundreds of documents and photos to London, on orders given by Home Army General Tadeusz Bór-Komorowski on the eve of the Polish surrender. He was also the first to tell the West the truth about the Warsaw Uprising after reaching London through Germany and Switzerland. “I spoke about the ominous silence that had fallen on the other side of the Vistula River on the fourth day of the uprising,” he recalled after many years.

But Jan Nowak-Jeziorański did even more for Poland as head of Radio Free Europe. He played a key role in Poland’s accession to the EU and NATO, which he called a dream come true.

In 1994, he was decorated with the Order of the White Eagle. He was also awarded the highest civilian distinction of the United States―the Presidential Medal of Freedom. He was made a doctor honoris causa of the University of Wroclaw, the Jagiellonian University, Poznan’s Adam Mickiewicz University, and the University of Warsaw, and an honorary citizen of several Polish cities.

In 2002, he returned to Warsaw, where he died on 20 January 2005. A Jan Nowak-Jeziorański’s bench stands in front of the building where he lived after his return to Poland, at 178a Czerniakowska Street. It is worthwhile taking a seat, especially this 2 October, on what would have been the 100th birthday of the Courier of Warsaw.