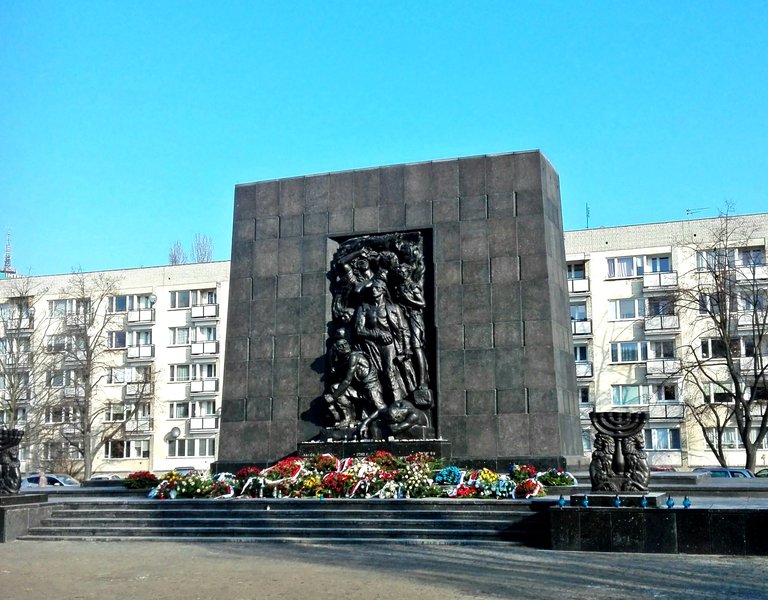 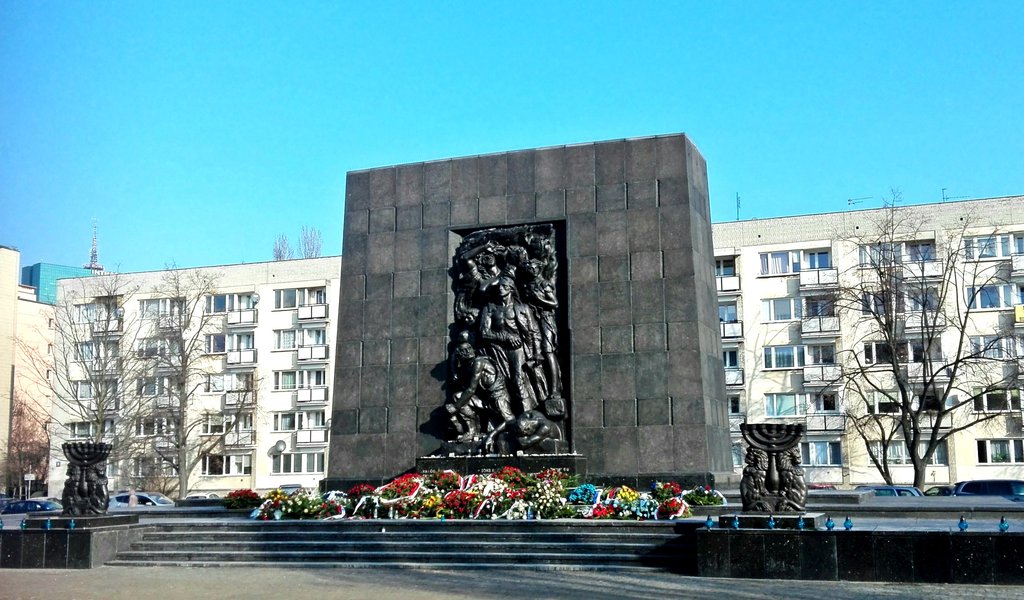 The Germans squeezed over 400,000 Jews within the walled-in area of the Warsaw Ghetto – residents of the city and the neighbouring towns and villages, as well as deportees from the territories incorporated into the Reich. In the ghetto, tens of thousands of people died of hunger and disease.

On 22 July 1942, the so-called Great Deportation Aktion began. Within the period of two months the Germans deported over 250,000 Ghetto residents to their deaths at the Treblinka extermination camp. Thousands of people were killed on the spot. Mere 60,000 Jews remained in the so-called Restgetto (Ger.: the remnants of a ghetto). They were mostly young and strong, with no family ties, often employed at the German shops (i.e. small factories or workshops). It was in these circumstances, with nothing left to lose, that the idea of armed resistance against the Nazis was born amongst the Jewish youth in the Warsaw Ghetto.

The Jewish Combat Organisation (ŻOB) was established as early as 28 July 1942; its members included members of the left-oriented or Zionist youth movements. Mordechai Anielewicz of the Ha-shomer ha-tzair organization became the leader, and amongst the most famous commanders were Marek Edelman (member of the Bund) and Icchak Cukierman (member of Dror). Another conspiratory organisation brought to life in the early 1943 was the Jewish Military Union (ŻZW), led by Leon Rodal and Paweł Frenkel.

Another deportation Aktion, launched by the Germans on 18 January 1943, was met with an armed resistance of the ŻOB militants. “To the Jews! The occupying force has instigated the second act of your genocide! Do not give in! Defend yourselves!” reads the ŻOB proclamation issued at the time. The 4-day long self-defence delayed the final liquidation of the Ghetto and provided some time for the preparations for armed uprising. Over the period of several months, the Jewish Combat Organisation managed to gain respect amongst the Ghetto residents with its acts against the Germans and the Jewish collaborators. Following the ŻOB orders, people started building bunkers and hidden passages in-between buildings, and digging tunnels leading out of the Ghetto. They stocked food and arms, and made contact with Polish underground organisations (Home Army, People’s Guard, Polish People’s Independence Action).

When the 2,000 soldiers strong German units, supported by tanks and armoured vehicles, re-entered the Ghetto on 19 April 1943 - the eve of the Passover holiday, they were faced by several hundred ŻOB members divided into 22 militant groups led by Anielewicz, along with 150 militants of the Jewish Military Union. Over the first few days, the insurgents engaged in street skirmish, throwing grenades and bottles with petrol at the German units. Near the Ghetto entrance gate on Wałowa Street, the ŻOB militants stopped an SS column by detonating a special sort of landmine. Jewish and Polish flags, hung on a tall tenement house at Muranowski Square where ŻZW unit led by Paweł Frenkel fiercely resisted German attacks, became a symbol of the Uprising. The ŻOB militants led by Marek Edelman engaged in heavy combat on the location of the so-called ‘brush shop’. On the first day of the Uprising, a Home Army unit made an unsuccessful attempt at blowing up the Ghetto wall along Bonifraterska Street. Despite several more attempts at combating the Germans carried out along the Ghetto wall by the Home Army and People’s Guard units, the help provided by the Polish Underground to the Warsaw Ghetto insurgents was extremely scarce.

The course of events during the Warsaw Ghetto Uprising – a timeline >>

The subsequent combat meant mainly defending specific bunkers and buildings. The Germans systematically searched one block after another, setting fire to each building they had searched and plundered. They threw smoke candles or grenades to every bunker they had discovered, regardless of the fact that – aside from the insurgents – there were civilians hiding in them. Jürgen Stroop who led the German units during the Uprising wrote in his report on the destruction of the Warsaw Ghetto that his soldiers had captured or killed over 56,000 Jews and located 631 bunkers. The data is most certainly exaggerated. Historians estimate that during the liquidation of the Ghetto 7,000 Jews were shot on the spot, 7,000 were sent off to the Treblinka death camp and 36,000 were deported to labour camps in the Lublin province. Simultaneously, the Germans continued a painstaking search for Jews in hiding on the ‘Aryan side’, offering financial rewards for assistance in capturing them.

Mere several dozen of the insurgents managed to flee the burning Ghetto through the sewers or underground tunnels. Many of the survivors were later killed as a result of denunciations; some fought in the Warsaw Uprising. On 8 May 1943, the Germans surrounded the bunker of the ŻOB headquarters at 18 Miła Street. Over a hundred of militants, including Mordechaj Anielewicz, suffocated to death or swallowed poison in order to avoid being captured by the Germans. However, several small groups of insurgents continued to resist until 16 May. In the evening of that day, to mark their victory, the Germans blew up the Great Synagogue on Tłomackie Street, the area beyond the Ghetto borders. Stroop jotted down in his report: “The Jewish district in Warsaw is no more.” In the aftermath of the Uprising, the Germans razed the area of the former Warsaw Ghetto to the ground.

The insurgents took up the fight without any hope of a happy ending. They were driven by desire to seek revenge and to incur the greatest possible losses on their perpetrators. First and foremost, however, they chose to die with dignity, holding a gun in their hands. The Warsaw Ghetto Uprising was the largest and most heroic act of armed resistance taken up by the Jews during World War Two. It was also the first civic uprising in occupied Europe.

Source: Museum of the History of Polish Jews