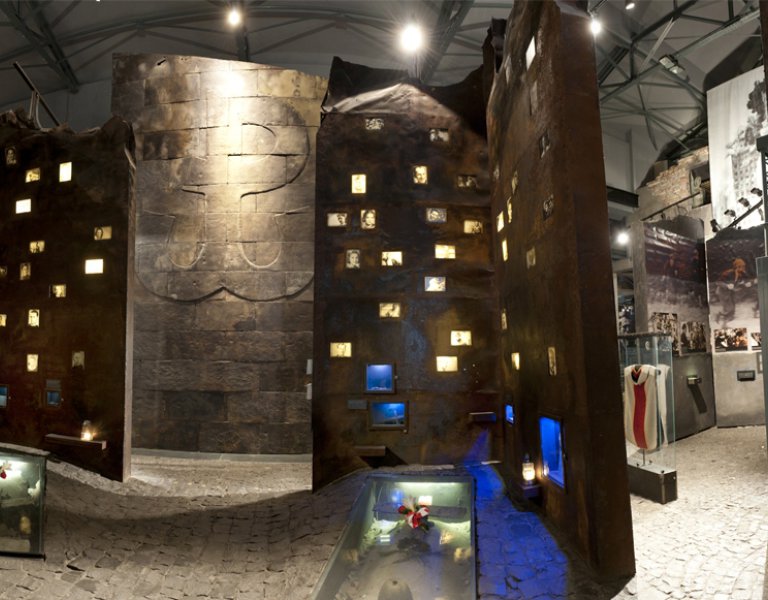 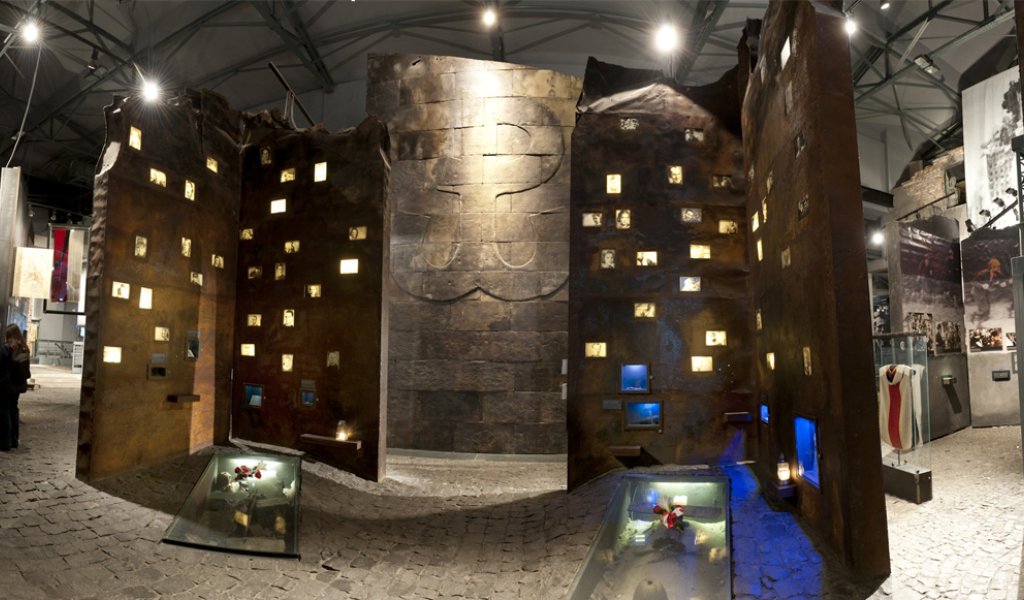 This year’s anniversary of the Warsaw Rising will be celebrated in a special way, as 2014 marks 70 years since the insurgency.

“Here's the day of blood and glory, let it Poland's resurrection be… Rise, Poland, break your chains, today will be your triumph or your death!” go the lyrics of Warszawianka (“Song of Warsaw”), the famous song dating back to the November Uprising of 1831. Thousands of Warsaw residents are expected to sing it at Piłsudski Square in the evening of 1 August as part of the flash mob Varsovians Sing (Un)Forbidden Songs. Other pieces will include Michl's Palace, the war-time anthem of the "Parasol" Battalion, and Hey, Boys, Fix Bayonets!

Group singing of insurgents' songs is one of the most joyful activities during the celebrations of the 70th anniversary of the Warsaw Uprising, which will be commemorated through several dozen events, exhibitions, lectures and concerts. 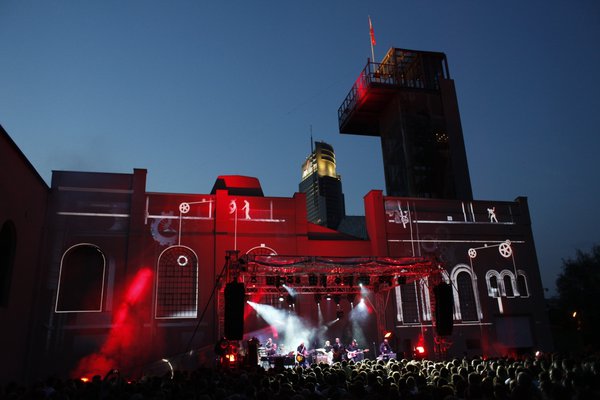 This year’s round anniversary will be celebrated in a special way. As early as on 23 July, a vernissage of the exhibition Traces. About Memory was held in the Liberator Bomber Room at the Warsaw Rising Museum. The exhibition presents stories behind Warsaw Uprising memorabilia, and their owners. The following day, the Warsaw Photoplasticon hosted a vernissage of City In a Film Frame, an exhibition presenting stereoscopic pictures of Warsaw taken during the uprising.

On 28 July, Aleje Ujazdowskie became the venue of the photo exhibition Insurgents 1944/70/2014. For the purposes of this project the photographer Wojciech Wieteska and a group of his colleagues took portrait pictures of the 856 participants of the Warsaw Uprising who attended last year's celebrations. A day later, the Presidents of Poland and Germany, Bronisław Komorowski and Joachim Gauck, opened in Berlin a large exhibition entitled The Warsaw Uprising of 1944.

Celebrations with the participation of insurgents started on 30 July. In the morning, veterans were presented with state distinctions during a meeting with Warsaw City Mayor Hanna Gronkiewicz-Waltz and Poland’s President Bronisław Komorowski in the Freedom Park at the Warsaw Rising Museum. All participants of the 1944 uprising who are alive today were invited to attend. Whilst most of the 3,400 insurgents settled in Warsaw after the war, a large group headed in different directions. Four hundred participants came from such distant places as Brazil, Argentina, Australia, New Zealand, Sweden, Switzerland, Russia, Israel and Guatemala. The Canadian delegation alone counted several dozen people. Bolesław Biega, a "Kiliński" Battalion veteran, came from the United States, while Larry Toft, a RAF pilot who in 1944 flew a relief mission for the insurgents, arrived from the United Kingdom. 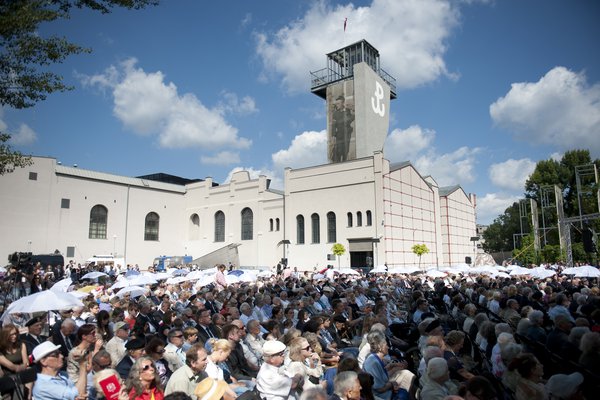 As Warsaw City Hall spokesperson Bartosz Milczarczyk emphasized, the meeting with insurgents will have a special importance for Mayor Hanna Gronkiewicz-Waltz. “1 August is a very emotional day for the mayor, whose father, Wojciech Gronkiewicz, took part in the uprising,” said Milczarczyk.

The most important day of the celebrations will be 1 August, when sirens and church bells will sound in Warsaw at 5 p.m., and city traffic will come to a halt. For a short while, the residents of Warsaw will stand still to honour the insurgents. Near the Gloria Victis monument at Powązki Military Cemetery, veterans will pay homage to their fallen brothers-in-arms. Poland’s senior officials and foreign guests will participate in the ceremony. At 9 p.m., a special campfire will be lit in the Warsaw district of Czerniaków, at the Warsaw Uprising Mound, which was built from debris of the destroyed city. The fire will be kept alive for 63 days, i.e. the uprising’s duration. Celebrations will go on all night. At midnight, the Warsaw Rising Museum will host a theatre adaptation of A Memoir of the Warsaw Uprising, a well-known book of prose by Miron Białoszewski, which will be staged by the celebrated actress and director Krystyna Janda to the music by Jerzy Satanowski.

The anniversary will also include music events. On 26 July at 9 p.m., the Freedom Park was filled with jazz music. Tomasz Stańko Quartet performed Freedom in August, a concert featuring Anna Maria Jopek and Brodka as guest performers. 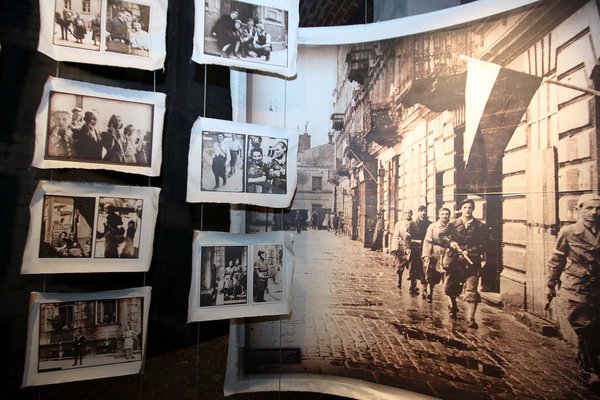 The Warsaw Rising in Berlin

From 29 July to 26 October, Warsaw Rising memorabilia and 70 posters presenting the history of Warsaw from the pre-war period until 1989 are on display at The Warsaw Uprising of 1944 exhibition in the Topography of Terror Documentation Centre in Berlin.

The event was prepared by Warsaw Rising Museum staff thanks to efforts by, among others, the centre's head Andreas Nachama, who in January said it was a shame that Berlin had no memorial place for the Polish victims of Nazi terror. According to Nachama, Germans still tend to mistake the Warsaw Uprising of 1944 for the Warsaw Ghetto Uprising of 1943.

The exhibition’s venue alone is special, as the centre occupies the wartime place of the Reich Security Central Office and the office of SS and police chief Heinrich Himmler. It was probably from here that Himmler ordered his units to annihilate Warsaw and kill its residents.

The open air exhibition, mounted in a basement of 200 square metres, will showcase archival newsreels made by insurgents, including in colour, as well as 70 posters with infographics. They come in 10 chronological chapters and tell the story of Warsaw from the pre-war period until today. The exposition documents Warsaw’s descent from a fast-growing capital of the Second Republic of Poland to a city practically razed to the ground.

Visitors will learn about Nazi terror and the Polish Underground State, as well as Warsaw’s fate post-WWII. The exhibition will show that in the 20th century Germany’s eastern neighbour went through two types of totalitarianism, Nazism and Communism, and present how Poland regained independence after 1989.

Three cabinets full of Warsaw Uprising memorabilia and documents, complete with multimedia materials, will help the audience learn more about the fate of insurgents. The City of Ruins will be screened in a pavilion built especially for this purpose.