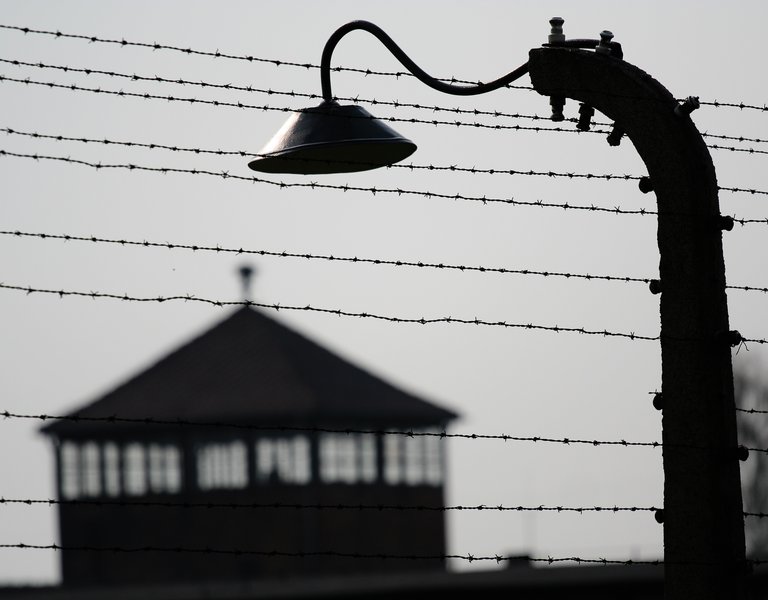 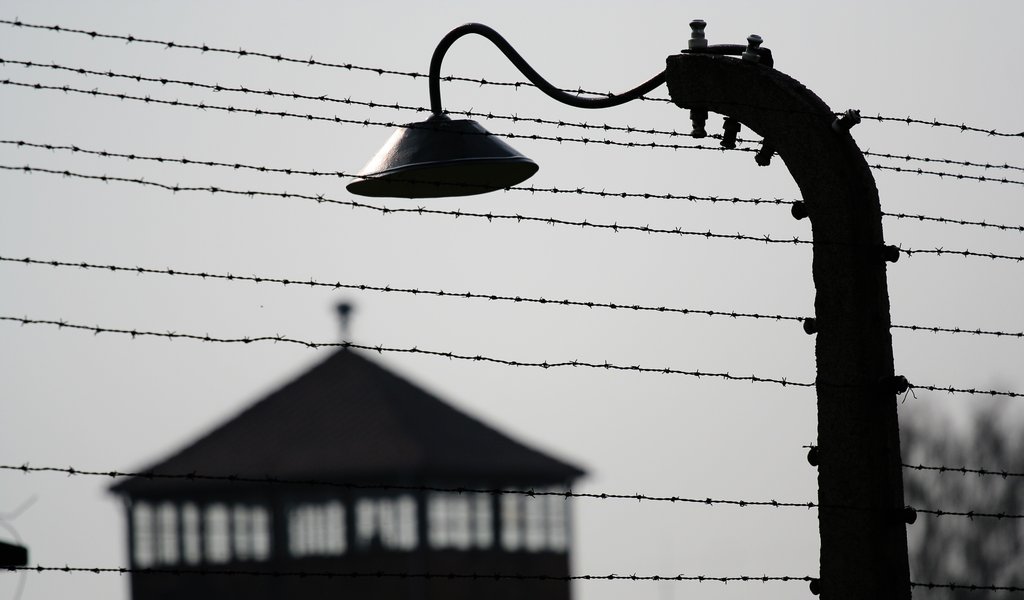 Over 1.72 million people visited the Auschwitz-Birkenau museum in 2015, the most frequented memory site in Europe. 27 January marks the liberation anniversary of this Nazi German concentration and extermination camp (1945).

Set up by the Germans in mid-1940 at the town of Oswiecim, in the lands which had been incorporated into the German Reich, the Auschwitz-Birkenau camp has become a global symbol of genocide.  The camp’s liberation day is marked across the globe as International Holocaust Remembrance Day.

“There is no way to understand postwar Europe and the world without an in-depth confrontation between our idea of mankind and the remains of Auschwitz. Here is the only one of the large extermination sites preserved in its authenticity to this day,” Piotr A.M. Cywiński, director of the Auschwitz-Birkenau State Museum in Oswiecim, wrote in a report titled Revision of the way we see the world and ourselves. Auschwitz Memorial Report 2014.

Today, it is this museum, 70 kilometres west of Krakow, that protects the remains of the most tragic Holocaust site, where the German regime murdered over a million people during World War Two.

Even though a visit to the former Nazi German concentration camp comes as a shock to many and becomes etched in their memories forever, the number of those who want to see this place is on the rise.

In 2004, 492,500 people passed through the famous gate with the inscription “Arbeit macht frei”; ten years later, this number stood at 1,534m. Ever more visitors choose the company of a guide-educator, who tells the horrific story of the place while leading you past the barracks and cremation ovens.

“Out of 270 guides at Auschwitz-Birkenau, over a hundred speak English, several dozen German, and a dozen or so Italian, French and Hebrew each. We also have a Japanese guide who has been leading tours for many years now, and a few people who speak Scandinavian languages,” says Andrzej Kacorzyk, deputy museum director and head of the International Centre for Education about Auschwitz and the Holocaust.

Besides Israeli high school students and soldiers, most visitors come from the UK, Scandinavia and Italy. For a number of years now, Italians have been coming on special “memory trains.” Germans and the French also form large groups of visitors.

“This is a consequence of Holocaust education across Europe, as well as national and local programmes that allow young people from European countries to visit memory sites,” explains director Kacorzyk. 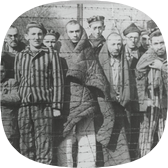 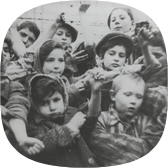 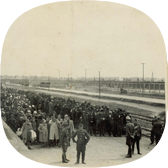 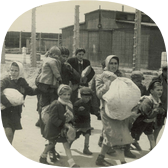 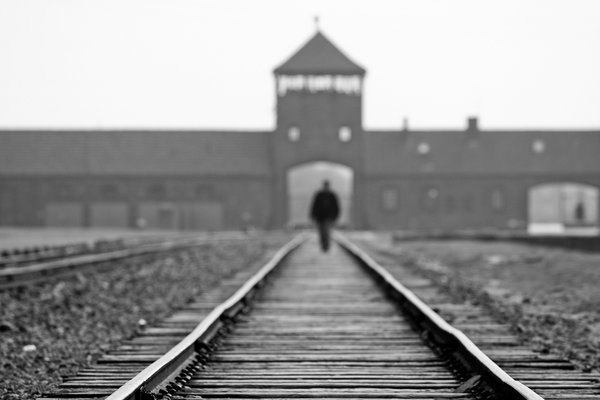 Commemorating the 70th anniversary of the liberation of Auschwitz in 2015

Just before noon on 27 January 2015, former KL Auschwitz prisoners laid flowers at the Execution Wall of the former Auschwitz I camp, where Germans killed thousands of people, mainly Poles. After a commemorative Mass, the official ceremony took place in front of the Death Gate of KL Auschwitz II-Birkenau. Commemorations marking the liberation of the camp brought together three hundred former Auschwitz inmates, Holocaust survivors, as well as government officials from around the world. The ceremony was attended by the kings of Belgium and the Netherlands, as well as political leaders from many countries, including the presidents of Austria, France, Germany, Ukraine, Croatia, and Poland, who lit candles at the monument dedicated to the camp’s victims, erected among the ruins of Birkenau’s two biggest gas chambers.

The number of individual visitors has also been on the rise. “More and more people come from countries that were not directly involved in WWII, and from outside Europe. I should point here in particular to guests from the United States, Canada, Israel, Australia, South Korea and Japan. We’ve been also seeing an increasing number of Chinese,” adds Andrzej Kacorzyk.

Each group is offered a tailor-made tour that focuses on the history of prisoners from their country. Educators address visitors in their native languages, “the languages of heart,” which places an added emphasis on the tragic story.

The growing interest in the history of Auschwitz and the 70th liberation anniversary of the Nazi German concentration and extermination camp in 2015 have helped attract global attention to the problems of a memory site that has so far been mainly maintained by the Polish government. Foreign contributions cover around five percent of total costs, while PLN 5m was spent on conservation work in 2014 alone, which is PLN 1.5m more than the year before.

In 2009 concerned about the camp site’s condition, Professor Władysław Bartoszewski, a legendary member of Żegota (a Polish organisation which aided Jews in and outside ghettos during World War II), a former Auschwitz prisoner and Poland’s former foreign minister, called for the establishment of a regular source of financing to maintain Auschwitz as a memory site.

That was the idea behind raising the Perpetual Capital of EUR 120m for conservation work. So far, the governments of 35 countries have pledged a total of EUR 102m for this purpose. Another EUR 1m comes from donors, who have supported the Auschwitz-Birkenau Foundation under the “18 Pillars of Remembrance” campaign.

According to the Museum staff, the results of the renovation will be visible in a few years’ time. In October 2014, the four-year renovation of warehouses and blocks 2 and 3, which had undergone major changes after World War II, was completed. The work covered all original construction elements and pieces of equipment. The blocks were furnished with authentic camp furniture, cabinets, plank beds and tables. 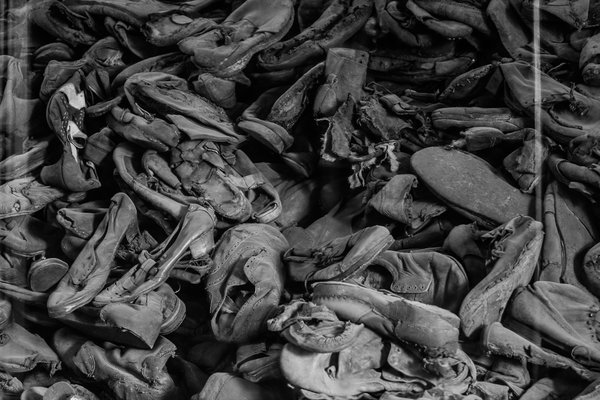 Auschwitz-Birkenau was a network of German concentration camps, including a death camp, established in Oswiecim, a town in southern Poland incorporated into the German Reich by Nazi Germany. It consisted of 40 camps and subcamps laid out on an area of 175 ha. Created in 1940 as a detention centre for political prisoners and opposition members, mainly Polish, it soon became a place of mass extermination, where around a million European Jews, as well as Poles, Romani, Soviet prisoners of war and other nationals were killed.

The camp network was operated by the SS, and was composed of army barracks divided into categories according to the nationality, sex and occupation of the prisoners. A separate barrack was meant for victims of cruel in vivo medical experiments, children, and Romani.

The Germans killed their victims in gas chambers, which looked like giant bath houses, using the substance called Zyklon B. Instead of water, the crowded and naked prisoners were showered with poisonous gas, which killed them within a few minutes. Their bodies were incinerated in special crematoria operated by Sonderkommando, a group of prisoners assigned to special tasks.