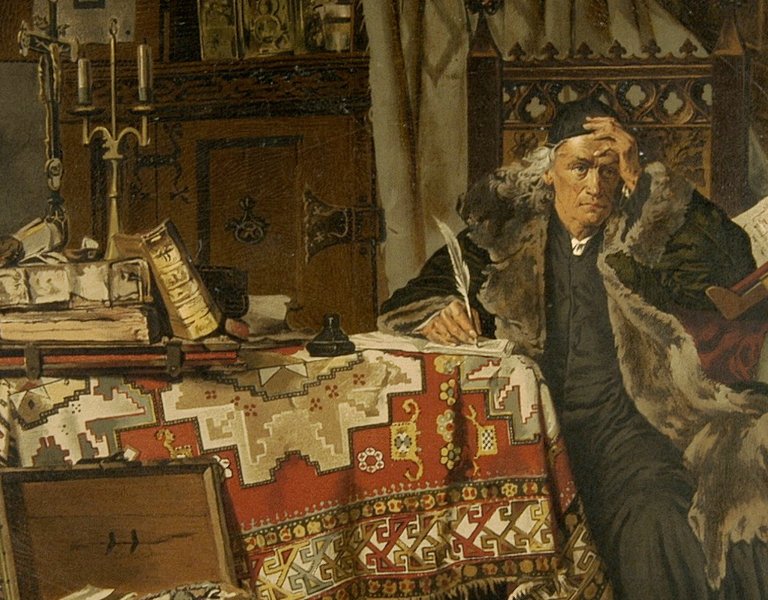 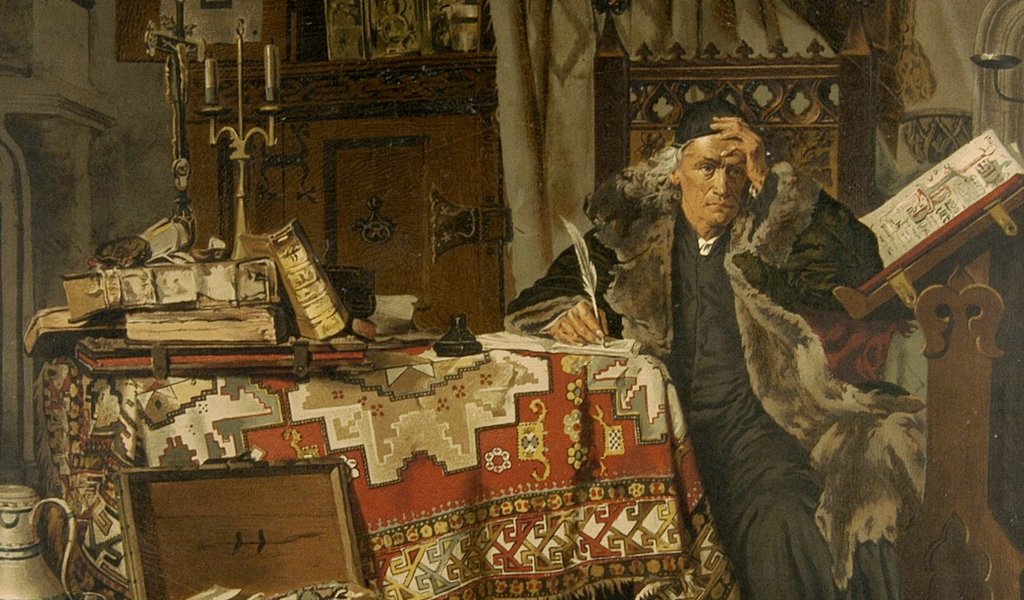 In 2015, Poland marks the year of Jan Długosz, the father of Polish historiography and heraldry, who also wrote Poland’s most comprehensive medieval chronicle.

“Jan Długosz believed history was a ‘master of life’ who ‘teaches virtue and shows a path to it,’” Polish MPs underscored in the grounds of their resolution to make Jan Długosz a patron of 2015, six hundred years after his birth. A clergyman, historian and diplomat, he was born on 1 December 1415. In 1440, Długosz took part in a mission to install Władysław III Warneńczyk on the Hungarian throne. He made numerous diplomatic trips, including to Vienna, Rome and Palestine, and was a tutor of the sons of King Casimir IV Jagiellonian. 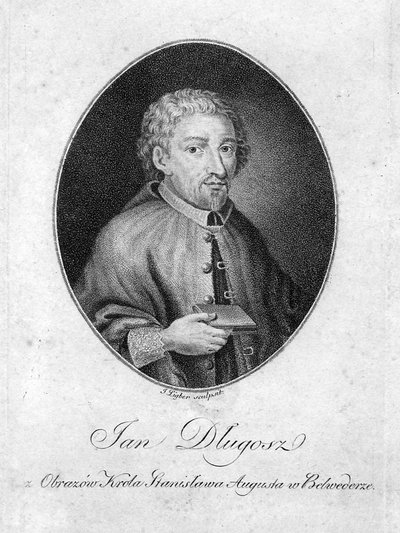 Described as the father of Polish historiography and heraldry, he wrote Annales seu cronicae incliti Regni Poloniae (“Annals or Chronicles of the Famous Kingdom of Poland”), covering Polish history from the earliest days to 1480, the year he died in Krakow on 19 May. “It ranks among the most outstanding hagiographic works of the 15th century,” Polska.pl is told by Professor Jerzy Wyrozumski, General Secretary of the Polish Academy of Arts and Sciences and co-editor of a critical Polish-Latin edition of the Annals, which has been in the making for over 50 years. “What’s especially valuable and important for the picture of that period is his Liber beneficiorum dioecesis Cracoviensis (“Book of the Benefices of the Bishopric of Krakow”), made up of three thick volumes that run to a total of over two thousand pages.”

Jan Długosz is also the author of Banderia putenorum (“The Blazons of the Prussians”), a unique description of Teutonic Order flags that were seized in the great war of 1409-11 against the Teutonic Knights. Later displayed as trophies in Krakow Cathedral, the flags were evacuated from the city in the 18th century, after the fall of the Kosciuszko uprising, for fear of Prussian troops which had marched into Krakow. Later whereabouts of the flags are unknown. “We know what they looked like thanks to the descriptions and measurements made by Długosz, and the illustrations drawn by Stanisław Durink, a painter from one of Krakow’s guilds,” adds Professor Wyrozumski. He goes on to stress the importance of other works by Długosz, notably The Catalogue of Polish Bishops, and The Coats of Arms of the Kingdom of Poland and Noble Families, another standout in that period, which has not survived to our days and is wrongly believed not to have been penned by Długosz. A part of the Chronicles, Chorographia Regni Poloniae gives an accurate account of the topography and hydrography of Polish lands, and is a testament to Długosz’s extensive knowledge. 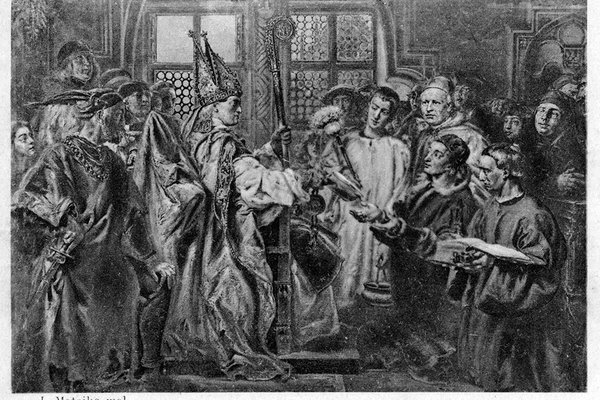 A bishop, he declined the Archbishopric of Prague, and died before his papal nomination to the Archbishopric of Lwow arrived from Rome. Długosz also advocated incorporating the Baltic littoral into Poland. A member of diplomatic missions that focused on Polish-Teutonic relations in 1459-60, he also took part in negotiations to end the Thirteen Years’ War with the Teutonic Knights.

“Jan Długosz is a prominent figure not only for the Polish Church and State, but also for the Sandomierz region, having served here as a canon of the then collegiate chapter, which played a major role in medieval Poland. Sandomierz was the home region of Wincenty Kadłubek, a chronicler and bishop of Krakow, and Marcin of Urzędów, a botanist, herbalist, physician, priest and author of the Polish Herbal, a book completed in 1553,” Father Andrzej Rurak, Director of the Diocese Museum in Sandomierz – the House of Jan Długosz, tells Polska.pl. During the year of Długosz, the museum wants to bring together historians for a meeting dedicated to its eminent patron, and plans to stage two exhibitions. The first will feature Długosz’s portraits and manuscripts, some of which were addressed to master builders and deal with the construction of a Gothic home from 1476, which continues to exist in unchanged condition. The second event shows a series of information boards put up in the museum garden, and runs until 16 May. 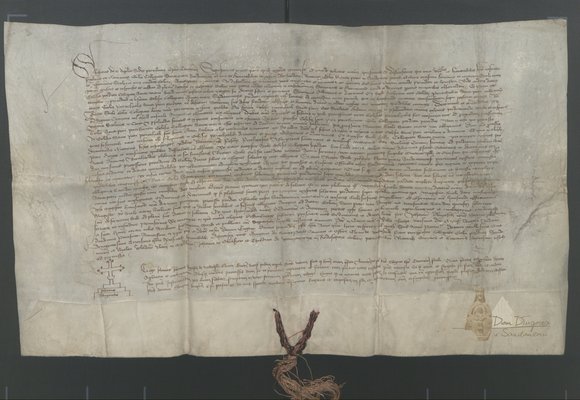 The Year of Długosz

Jubilee events began in Nowa Brzeznica, near Częstochowa, the historian’s birthplace 600 years ago, on 24 June. A Długosz Trail was opened where the Brzeznica castle used to stand. Celebrations to mark the Year of Długosz will continue until autumn. A full statue of Jan Długosz, Poland’s first, will be unveiled in Klobuck in September.