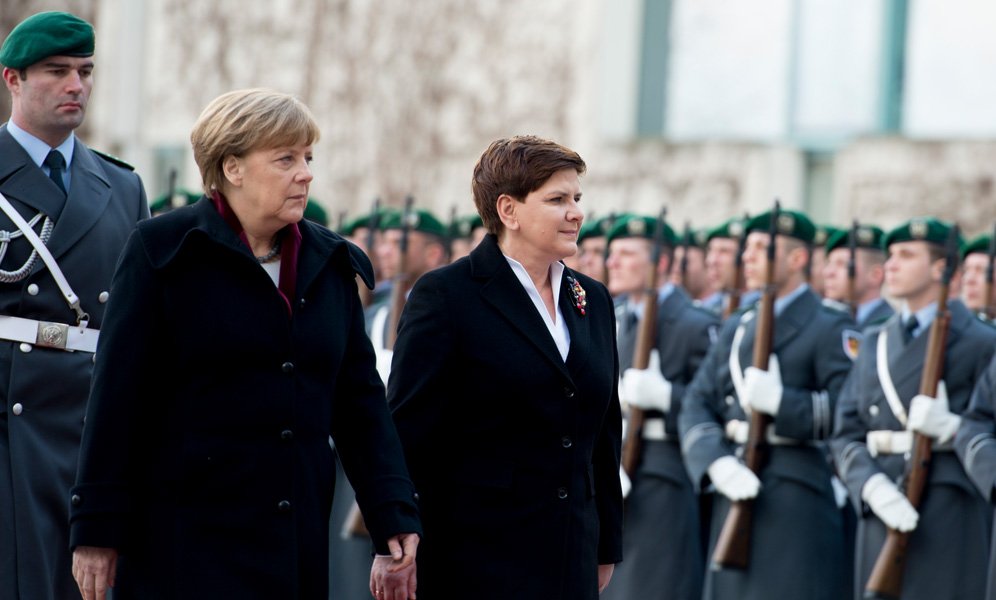 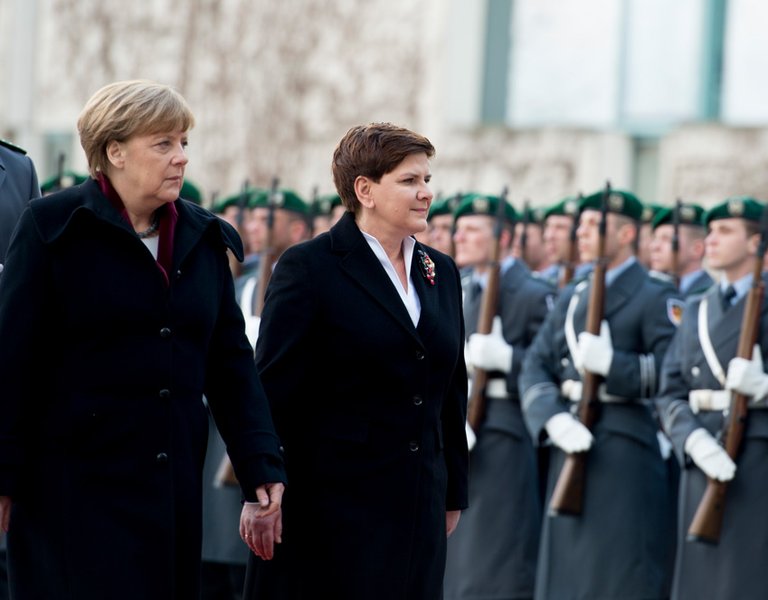 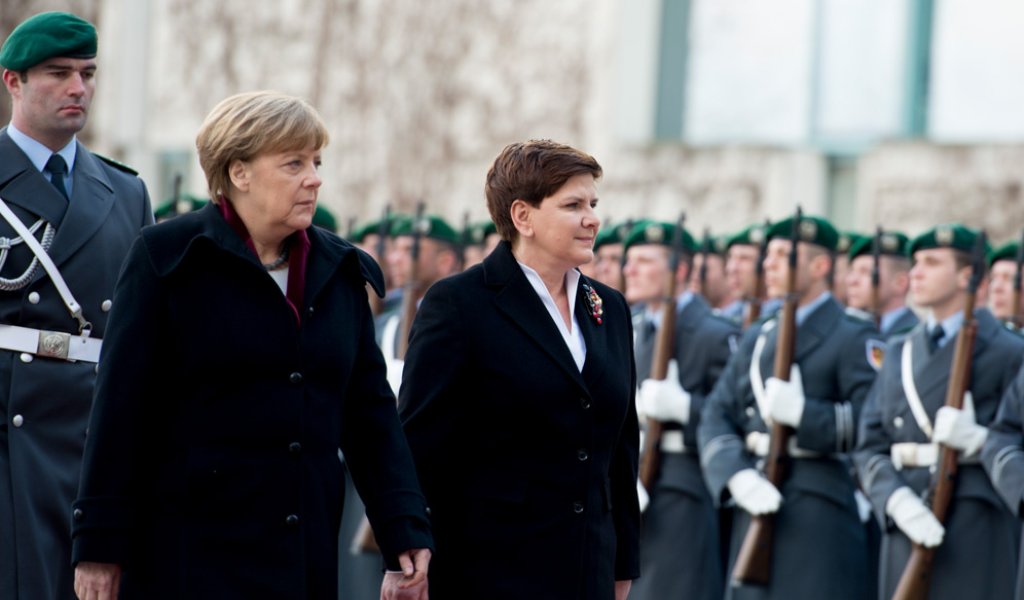 The Asymmetry of Polish-German relations

Why does the government in Berlin not want to return the minority status of German Poles that was illegally taken away from them?

Germans and Poles should have a lot to be happy about: this year marks 25 years since the so-called Good-Neighbourliness treaty was signed. The significance of this document cannot be overstated. And yet old issues still provide cause for concern within this new historical chapter.

The agreement reached between Germany and Poland a quarter of a century ago contains certain clauses that remain an element of conflict to this day. The issue here is the “asymmetry” in how Germans with Polish identification cards are treated compared to the treatment of Poles with a German Ausweis. This is spelled out clearly already in the introduction to the full versions of two treaties: the "Treaty between the Federal Republic of Germany and the Republic of Poland on the confirmation of the frontier between them, 14 November 1990” as well as “The Polish–German Treaty of Good Neighbourship and Friendly Cooperation” of 17 June 1991. The first agreement conditioned the approval of the second treaty. Both agreements were preceded by an unusual German-Polish dialogue between the ambassadors of both countries. The German Ambassador in Poland Guenther Knackstedt wrote: “For the first time since World War II, the German minority has not only been formally recognized but it has also been given legal guarantees allowing for its development on native lands. In addition to this, the treaty designates a special bridge function to the German minority living in Poland as well as to people of Polish origin who live in Germany”.

The Polish Ambassador in Bonn, Janusz Reiter, stressed that: “We both share a respect for human rights, which includes the rights of minorities”. On first appearance a minor difference, but in reality a fundamental one: Germans in Poland were given enormous privileges as a result of a formal legal minority status, including financial aid, lifting of the 5 per cent threshold to get into parliament, in addition to bi-lingual signs and plaques. Poles in Germany, on the other hand, were designated the role of beggars. This is because being stripped of the minority status means that you are not afforded any laws. I chose my words carefully when I say “stripped of the minority status”, as Poles were in possession of it up until Nazi Germany invaded Poland. The Polish minority was liquidated on 27 February 1940, on the order of Goering.

The “Good Neighbourship” treaty of 1991 did not change it. It distinguishes between the German minority in Poland and “people of Polish origin in Germany”. This was done with the acquiescence of the Polish politicians who negotiated the treaty at the time and was not challenged by subsequent governments. Attempts to correct this, which would be possible – changes were made to a similar treat between Germany and France, for example – have been rejected by Berlin. One of these attempts was made by the attorney Stefan Hambura who asked Merkel to give Poles back their minority status. And this was six years ago. During an interview I carried out with Cornelius Ochmann at the time, the political scientist said: “From a moral perspective the issue is very clear. One can also ask the question: why has the German state still not repealed this decree (…) There can be no doubt that the decree from 1940 regarding the dismantling of organisations belonging to the Polish minority in the Third Reich and confiscating their belongings was harmful and goes against contemporary democratic norms. No one can doubt this from a political perspective”.

And yet here we are. Both this appeal and subsequent ones were rejected. The only effect of the pre-jubilee storm was the creation of mixed committees and several cosmetic adjustments to Polish institutions in Germany.

The German side puts forward two arguments: first, the former Polish minority has died off, secondly, other nationalities – such as Turks – could follow the Polish lead and also make “claims”. One irrationality follows another. Based on measures presented by the Federal Government, one could assume that the German minority in Poland has also died out and that “only people with German roots” live in the country. Therefore, when it comes to the Turkish “argument”, as opposed to Poles, citizens originating from the land of Atatürk never had minority rights and never had them taken away. Poles have formed an ethnic group in Germany since the very beginning (even the word “Berlin” has Slavic origins). The territory of our countries switched hands not only, putting it delicately, during the first partition of Poland by Prussia in 1772. The Polish community, for example in the Rhineland, was established by the internal migration of the Polish population across modern Germany.

With regards to the final issue – about the impossibility of returning minority status: one of the four minorities recognized in Germany (alongside Danes, Frisians and Sorbs) are…Sinti and Roma, who came to the country from the Indian subcontinent and were designated minority rights 20 years ago.

Among those campaigning for the minority status to be given to German Poles is Konrad Morawiecki, the Senior Marshall of the Sejm. Attorney Hambura has made an appeal: if not now, during the lead-up to the 25th anniversary of the Polish-German treaty, then when will there an opportunity to “eliminate this problem”? Because the problem is a real one. I am not in favour of punishing the German minority for the position of the German government, even though its terms should be mutually binding. There are other channels that can be pursued, including through the European Human Rights Tribunal in Strasbourg, which has made judgments on similar cases in the past.

To conclude, allow me to answer the question that Director Ochmann asked himself five years ago: why has the German government still not repealed the Nazi decree? Because then the Polish minority wouldn’t have to ask for anything but rather make use of the obligatory privileges that it is afforded by the status. Furthermore, doing so could lead to the establishment of a strong political lobby that would be difficult to ignore…That is why it is better to make agreements informally, from one jubilee to another.