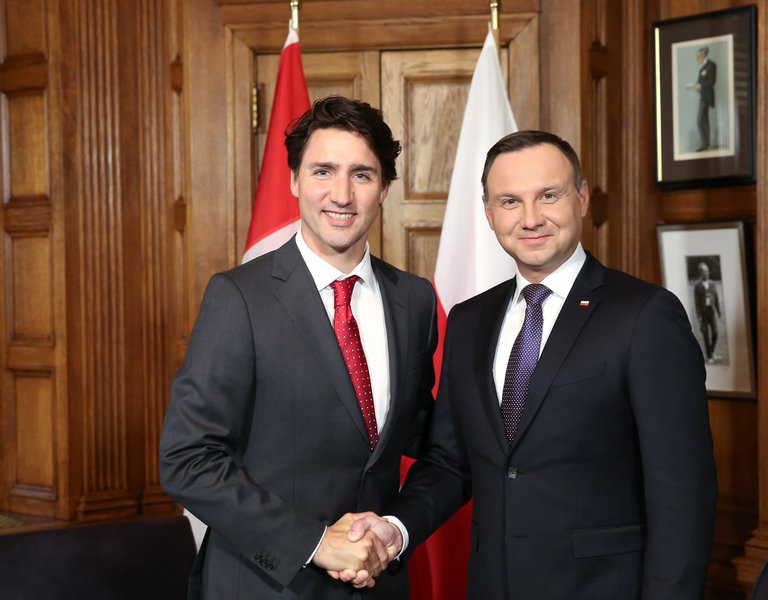 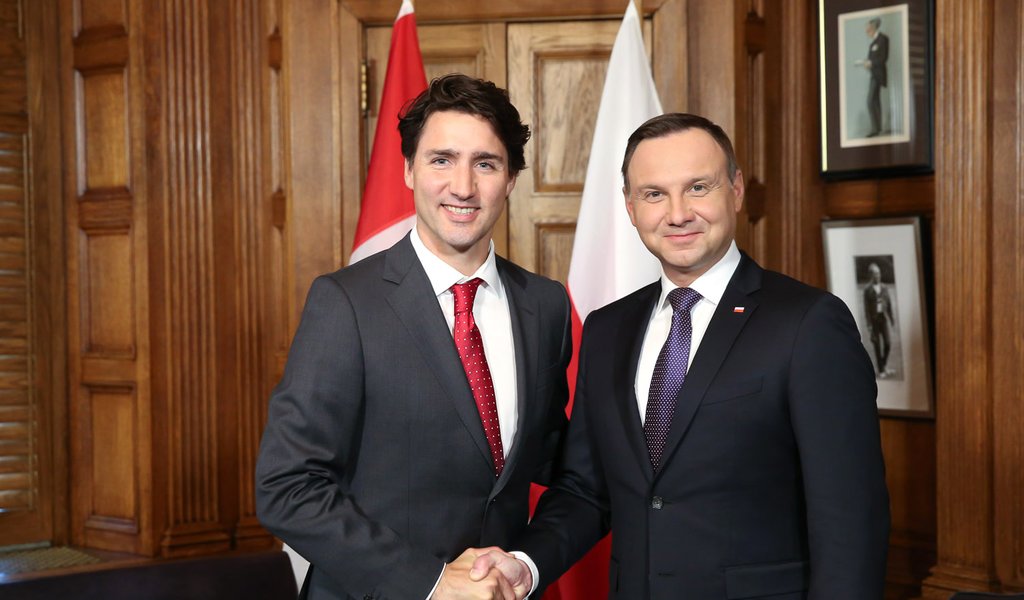 Canada will reiterate the need to strengthen NATO’s Eastern Flank at the NATO Summit in Warsaw, the Polish President Andrzej Duda was told by Prime Minister Justin Trudeau during talks in Ottawa on Tuesday, says Krzysztof Szczerski, the President’s foreign affairs advisor.

Krzysztof Szczerski, Secretary of State at the Chancellery of the President, told journalists that Prime Minister Trudeau confirmed his attendance at the upcoming NATO Summit.

“He also said that during the Summit, Canada will make the case for strengthening NATO’s Eastern Flank and the need for NATO to work on this together. He went on to say that the importance of unity within the Alliance needs to be stressed in Warsaw, so that all members of the Alliance respond together to the new threat that has come from the East,” Szczerski said.

Asked whether the Canadian Prime Minister made an announcement regarding the number of Canadian troops and type of military equipment that could be deployed to Poland, he said: “Negotiations are still in progress concerning the details of technical arrangements involving all countries taking part in decisions made at the Warsaw Summit.”

He said that “at this very delicate stage of negotiations on how to build the NATO presence on the Eastern Flank, it is important not to rush or announce anything, as ultimately the joint nature of the decision will be the most significant”.

“They agreed that one of the aims of the NATO Summit will be to reiterate the commitment of the entire Alliance to guarantee the security of the Eastern Flank,” he added.

According to the President’s Secretary of State, the two leaders also discussed Eastern policy. “They talked about how policy towards Russia needs to demonstrate a strong sense of unity in the West, it needs to show that laws cannot be broken, that the foundation of international relations is rooted in the observance of international law (…) At the same time, from this strong position of unity, it is important to have a dialogue with Russia, as no one is interested in isolating Russia,” he said.

He added that the dialogue would only be possible when the West assumes a common position that focuses on the need to restore order based on international law.

Szczerski said that President Duda and Prime Minister Trudeau discussed economic co-operation, “with a particular emphasis on the hope that Canada associates with the ratification of the free trade agreement”.

“President Duda announced that Poland will try to be the first EU country to ratify the agreement, as Poland and Polish companies are interested in free trade and co-operation with Canada,” Szczerski said, adding that the leaders also talked about two Polish companies in the Canadian market: Orlen and KGHM.

They also touched on the future of the EU and the migration crisis, the President’s senior advisor said. “Solidarity, human rights, and freedom are things that we share,” he added.

Andrzej Duda said on Monday that he hopes for closer military co-operation between Canada and Poland. “I am counting on Canada to increase its NATO military presence in Poland,” the Polish President said.

Two demonstrations took place in front of the Canadian parliament in which Andrzej Duda and Justin Trudeau met: groups expressing their support for the Polish president and government as well as a demonstration by the Committee for the Defence of Democracy (KOD) in opposition to the Polish President.