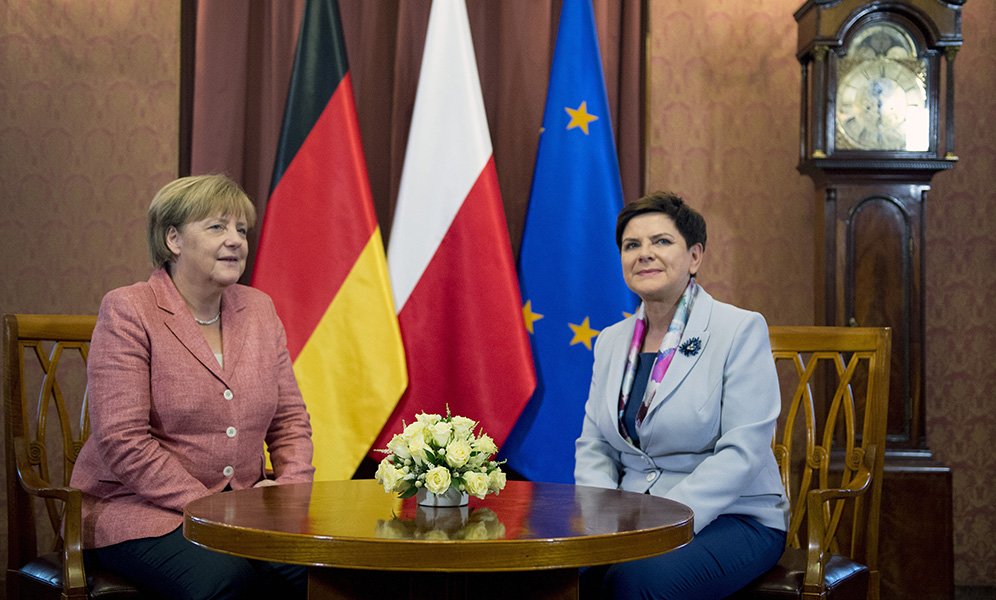 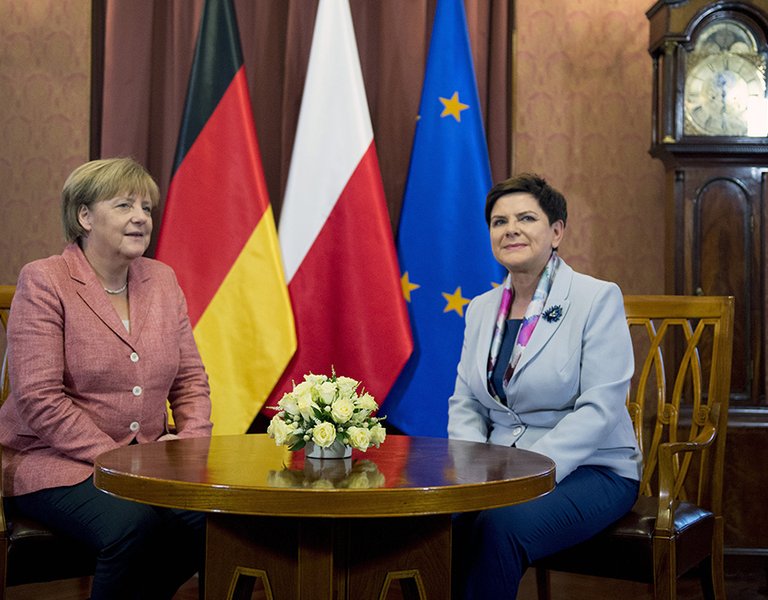 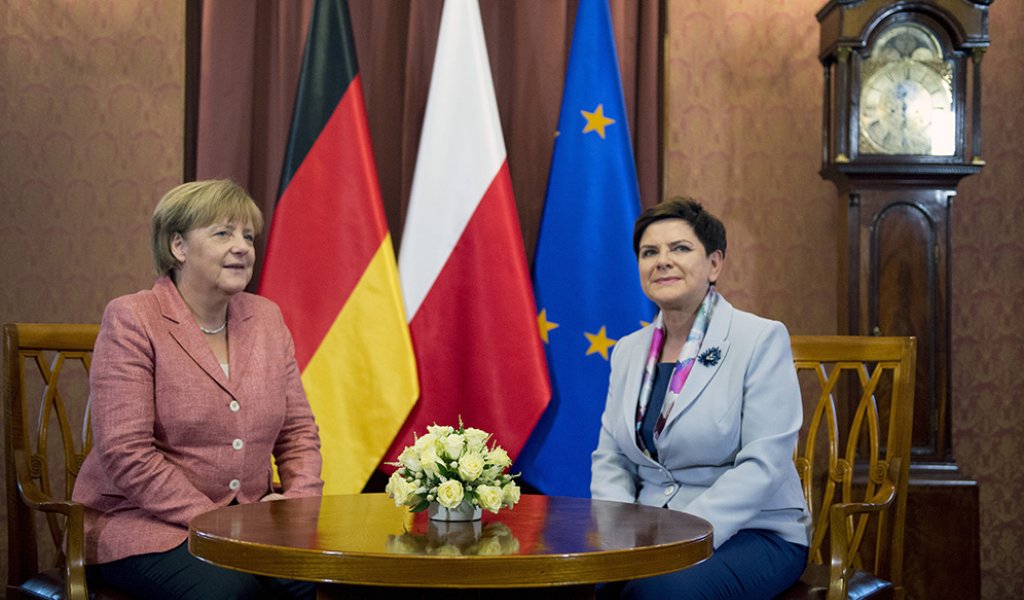 Chancellor Merkel, who visited Warsaw on Friday to meet with the leaders of the Visegrad Group, is unlikely to have expected the harsh criticism she received regarding her migration policies.

Prime Minister Beata Szydlo organised a meeting of the Visegrad Group (V4) in Warsaw so that Poland, Hungary, the Czech Republic and Slovakia would be able to agree on a shared position for the unofficial European Council session which is due to take place in Bratislava in mid-September. Poland assumed the one-year presidency of the Visegrad Group in July, while Slovakia currently holds the presidency of the Council of the European Union.

EU member states with the exception of Great Britain are due to use the event in Slovakia to discuss the future of the EU following Brexit, although there are other urgent issues on the table, including the migration problem and the on-going crisis affecting southern Eurozone members.

Chancellor Merkel was told in Warsaw that the V4 countries believe that the fight against excessive immigration should be pushed ahead by significantly strengthening the protection of the EU’s external borders as well as by increasing the level of aid provided to refugees in the first conflict-free country they arrive at.

Merkel also heard that in light of recent terrorist threats and the need to guarantee security for one’s own citizens, the countries represented in Warsaw refuse to take in migrants residing in refugee camps in Greece and Italy. Moreover, opinions were voiced that business can not return to normal following Great Britain’s decision to leave the EU – before this happens, it is important to ascertain the reasons for why the people of Britain decided to take this leap into the dark.

If the reasons behind Great Britain’s decision to leave the EU are not clarified and properly discussed, and if EU policy does not undergo any changes, then it could be that more countries will chose to go down this path in the not too distant future.

Let us not forget that the two central problems, that is the problem of mass migration to the EU (in 2015 the number of immigrants coming to the EU topped 1.5 million) and the terrorism linked to this trend, in addition to the problems faced by the Eurozone’s southern states, including the critical situation in Greece, are yet to be resolved. The problem of mass immigration caused by Germany’s – and Angela Merkel’s –irresponsible policies have led to serious divisions among EU countries. Some of them – Hungary, Slovakia and the Czech Republic – have protested against the Council’s decision to impose a national quota system for taking in refugees and have brought the issue to the Court of Justice in Luxembourg. Others have suspended elements of the Schengen agreement and have introduced controls on their borders (for example Denmark on its border with Germany and Sweden on its Danish border).

If Turkey does not receive 3 billion euros from the EU following the recent events related to the failed military coup, it will cease to control its border with Greece and immigration flows in 2016 will continue to increase on a mass scale as before, leading to the suspension of the Schengen zone, one of the main achievements of European integration.

Just as dire is the problem of terrorism related to the mass immigration flows – recently there has not been a week without a terrorist attack in Western Europe, and the reaction of the countries affected – as well as by European institutions – has been to “cover up” the problem rather than tackle its causes. Meanwhile, despite European institutions pumping over 300 billion euros into Greece, the crisis in the country continues to drag on, youth unemployment has surpassed 50 per cent and if the situation does not take a turn for the better then – as Greek MEPs across the political spectrum have warned – Greece could face a revolution.  Although slightly better, the situation is still difficult in Portugal and Spain, while the Italian economy is on the brink of a recession and its banking system is verging on collapse. In short, the foundations of the whole Eurozone are looking very shaky.

After hearing the V4’s clear-cut position in Warsaw, Chancellor Merkel will probably have to explain to President Hollande that it is unlikely that Germany and France will continue to be able to impose policies on the remaining 25 member states.

Furthermore, changes regarding the mechanics of the EU should not be dictated by bureaucrats in Brussels led by the President of the European Commission Jean Claude Juncker. If this is the case, more “exits” will be likely to take place. Instead, the changes should be proposed by the Union’s new member states.