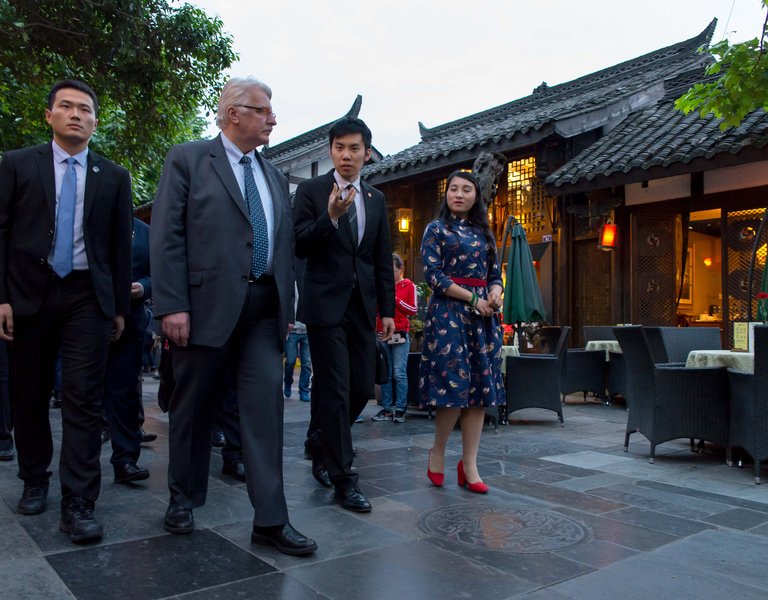 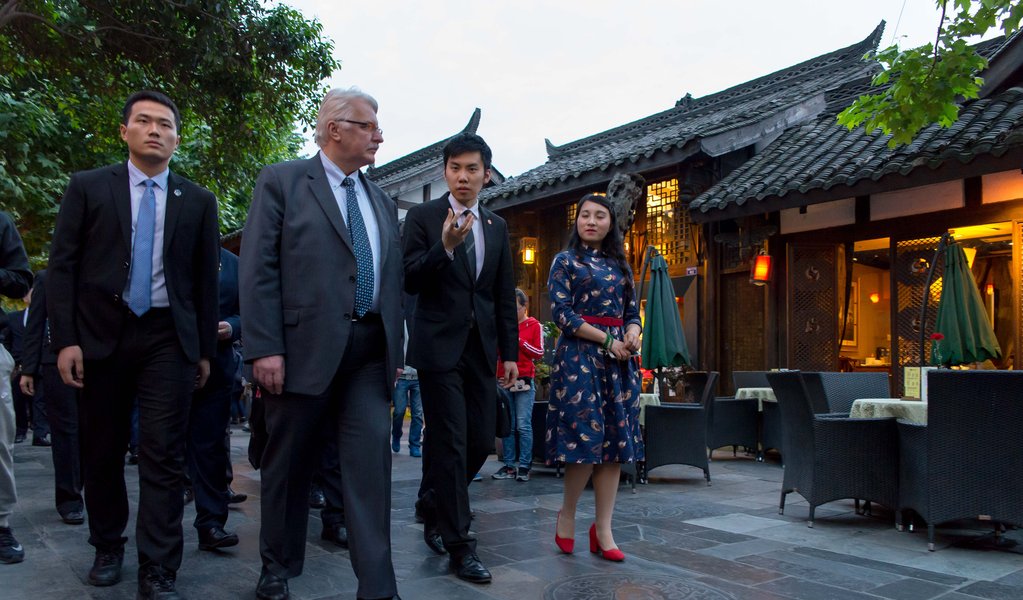 Close cooperation between Sichuan and Poland

The Chinese province of Sichuan is a region that has established close relations with Poland in recent years. Sichuan’s capital, Chengdu, has a direct freight train link with Lodz.

On his China trip, Polish Foreign Minister Witold Waszczykowski visited Chengdu, the capital of Sichuan province, where met with the authorities, saw a distribution terminal of a railway line linking China and Poland, and paid a visit to the newly opened Polish Consulate General.

The chief of Polish diplomacy underlined that it is his first trip to Asia since taking office. China’s Sichuan province has been chosen intentionally as it offers a large potential for economic cooperation with our country. The opening of a Polish consulate is a welcome improvement for the residents of western China. Previously, they had to file their Polish visa applications in the consulate in Beijing, which is almost 1,600 kilometres away from Chengdu.

Minister Witold Waszczykowski met with Wang Dongming, a local party leader of the Sichuan province, which has a population of 90 million. The minister said at the meeting that the Polish government’s priority is rapid economic growth. To meet this goal, our country has been seeking powerful partners, and the province of Sichuan has become one for Poland. In his talks with Sichuan’s top politician, Secretary of the CPC Wang Dongming, Minister Waszczykowski emphasised that Poland has the potential to become a major partner of China’s “One Belt, One Road” programme.

During his meetings in Chengdu, Witold Waszczykowski raised the subject of seeking business partners to boost Poland’s economic growth. In his view, China is the obvious choice when it comes to Asia. “Poland doesn’t match China in size, thus it can’t do business with all of China, it must pick individual provinces. We have recognised that Chengdu, and Sichuan, is a province that best suits our cooperation needs,” Minister Witold Waszczykowski told IAR.

Minister Waszczykowski also paid a visit to a Logistics Centre in Qingbaijiang, a Chengdu district. This rail distribution terminal operates regular freight services between Lodz and Chengdu. It is one of the few rail freight links between China and Europe. Cargo containers have been going between China’s Chengdu and Lodz since 2013.