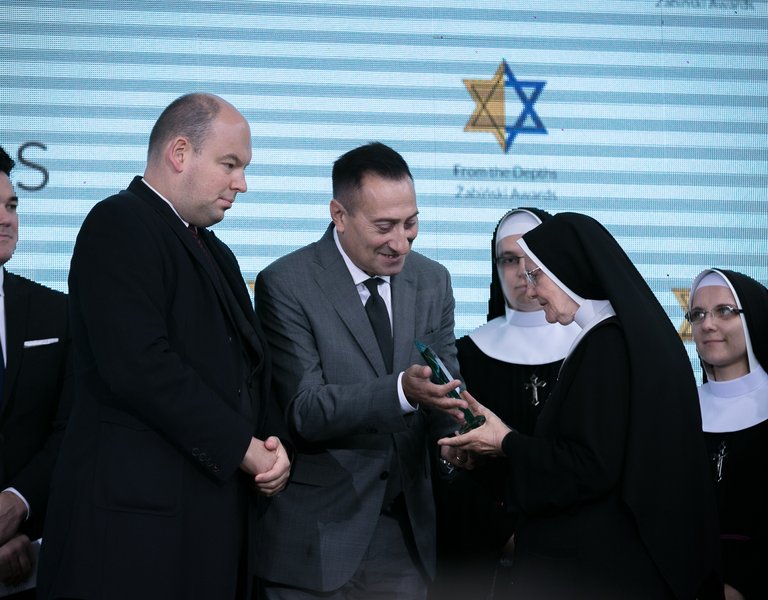 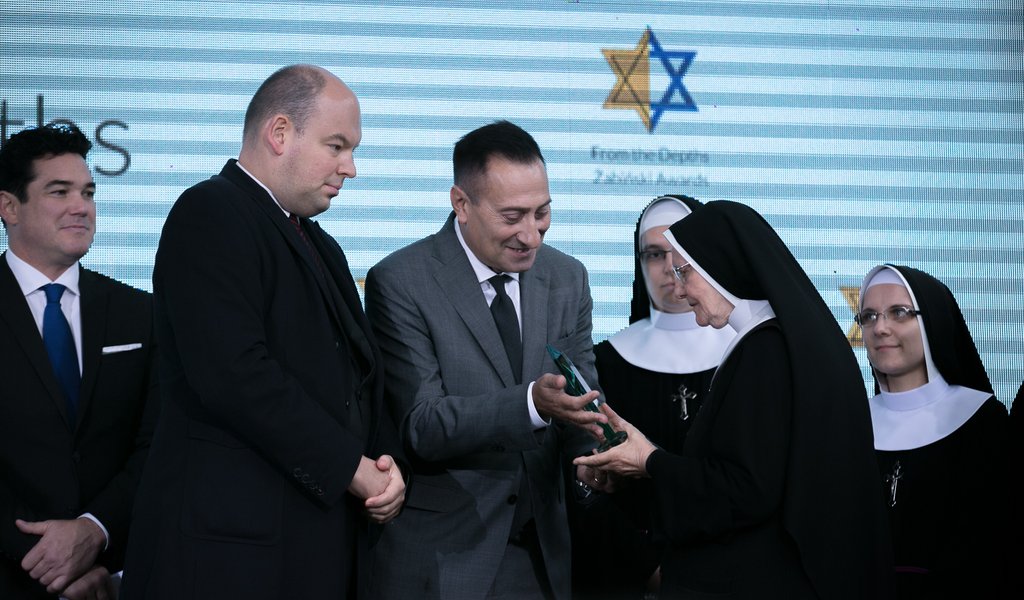 Courage of the Righteous

The Antonina and Jan Żabiński Awards are conferred by the From the Depths organization on Poles who saved Jews during World War. The distinctions are meant for Poles whom the Yad Vashem Institute has never awarded on formal grounds. 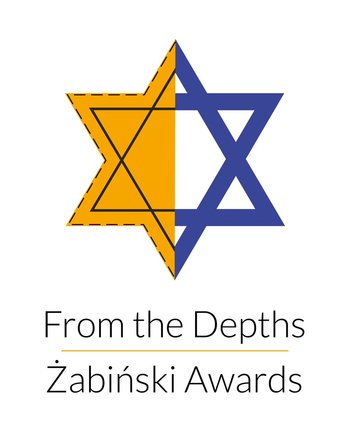 The award ceremony took place in Warsaw ZOO and was attended by Law and Justice leader Jarosław Kaczyński, and Deputy Prime Minister Mateusz Morawiecki. Other participants included a group of the Righteous Among the Nations, parliamentarians, central and local government officials, and NGO representatives. Warsaw Mayor Hanna Gronkiewicz-Waltz was absent, which did not go unnoticed. Warsaw ZOO was the place where its director at the time Jan Żabiński and his wife Antonina hid and saved more than 300 Jews from the Warsaw ghetto in 1943-45.

The award went to the Franciscan Sisters of the Family of Mary, who saved the lives of over 750 Jews. That number continues to rise, as more and more people who were rescued by the nuns or survivors’ relatives come forward. Out of the 120 sisters involved in helping Jews only a dozen or so were awarded the Yad Vashem medal.

The Żabiński award was also bestowed on Natalia Jakoniuk and her family. Risking their lives, they worked with other families in the village of Przeradz Mały in Mazovia region to hide Jews during  the war.

The award was also posthumously conferred on the family of Daniel Kawczyński, a British MP. Daniel’s great uncle Jan Kawczyński was murdered along with his wife Helena and their 10-year-old daughter Magdalena for helping Jews during the German occupation.

Speaking at the event, Deputy Prime Minister Mateusz Morawiecki underscored that while his family members managed to survive the German occupation thanks to the help of Polish families, none of those who risked their lives “was ranked among the most honoured great heroes, the Righteous Among the Nations.”

The deputy prime minister recalled that out of the twenty thousand or so recipients of the Righteous Among the Nations distinction, seven thousand came from Poland. “As a matter of fact, this doesn’t say anything, because it is completely incomparable when someone saves a life showing the utmost courage, to quote the Knesset speaker. We respect all the Danes, French and Dutch people who saved lives, sometimes receiving a fine or being put in jail by the Germans. But it’s completely different. I think that the Yad Vashem Institute should recognise this, and the whole Polish nation should have one big Righteous Among the Nations tree,” emphasized the deputy prime minister.

“The Holocaust was the ultimate crime, the most extreme form of evil. It was a manifestation of the ultimate evil, which had shown its face before, but not as heinous as the one revealed in the 20th century. The ultimate evil was opposed by something we might call the ultimate good, the highest form of courage willing to risk death,” Jarosław Kaczyński stressed in his speech at the Antonina and Jan Żabiński award ceremony.

“We have come here to honour courage, simple, plain and pure courage,” Deputy Knesset Speaker Yehiel Hilik Bar said at the event in Warsaw. “We have all gathered here in deep admiration and respect for these amazing Polish heroes,” he underlined. He added that today Poland is serious about “drawing lessons from its history, and respecting this history.” “That’s not something you can take for granted in every country,” said Yehiel Hilik Bar.

“A part of this history is the courage of the righteous heroes whom we are supposed to honour today. And that’s precisely the reason why we have come here today, to honour courage, simple, plain and pure,” said the Deputy Knesset Speaker. Quoting Nelson Mandela, he said that courage is not “the absence of fear” but “the triumph over it.” “We should remember the Holocaust when anti-Semitism is on the rise in the West,” observed Deputy Minister Jan Dziedziczak. He recalled that during World War, Poland lost over six million citizens, including three million Polish Jews.

“But Poland also lost three million Polish Christians. While these three million Polish Christians is a horrific number, it’s a completely different percentage compared with three million Jews, or nearly all of Poland’s Jews. The fact that some of them survived can be ascribed to Polish heroism,” said Mr Dziedziczak. “We should constantly remind people about the Holocaust, the things Germans did to Jews. Why? Because anti-Semitism in on the rise again. We may not notice it here in Poland. Warsaw is one of the few European capitals where a Jew can safely walk wearing a yarmulke without fear of being beaten or even killed. Unfortunately, that cannot be said about other capital cities, especially to the west of our borders,” added Mr Dziedziczak.