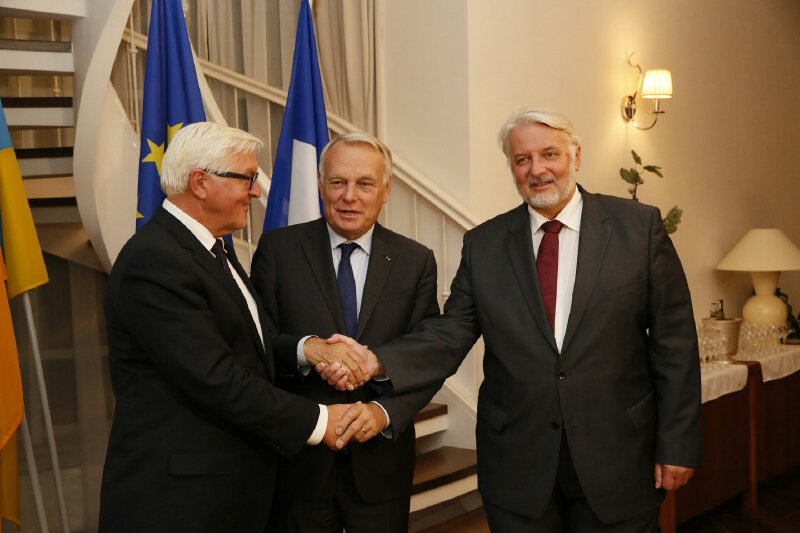 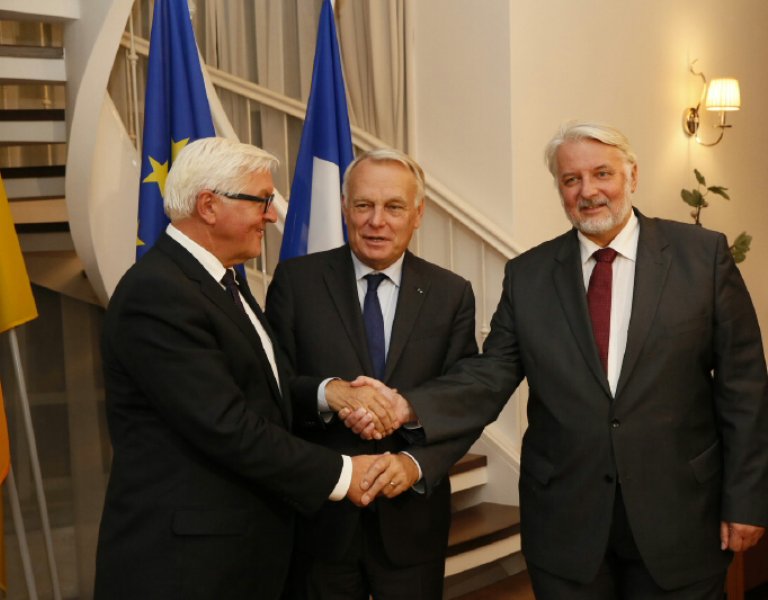 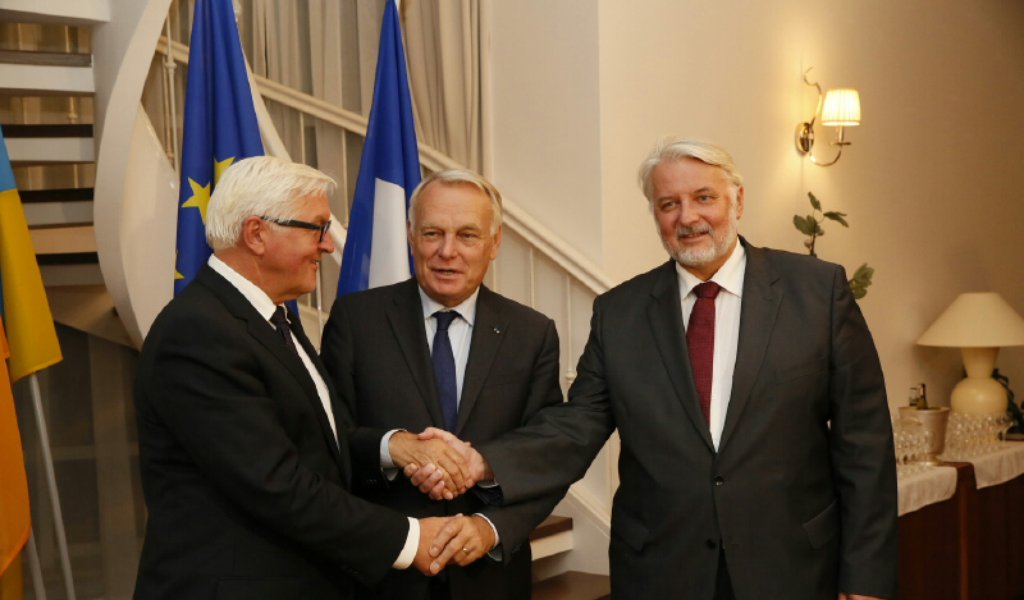 Diplomacy by the Dnieper

“Our Polish friends have one great advantage. Not only do they understand our fight against Russian aggression, they feel it in a special way. This is why the Weimar Triangle meeting is taking place,” said Ukrainian Foreign Minister Pavlo Klimkin.

“In Kyiv, it is now perceived that the inclusion of Poland in various formats, including the Normandy set-up, is in Ukraine’s interest,” says Olekiy Melnyk, an expert at the Razumkov Centre.

French and German foreign ministers have brought an offer to Kyiv to reactivate talks within the Normandy format, the main aim of which is to end war in eastern Ukraine. The fourth partner of these talks, Russian President Vladimir Putin, demonstratively broke off talks at the end of August. However, during last week’s G20 summit in China, French Foreign Minister Jean-Marc Ayrault announced that these talks would be continued soon.

Ukraine’s President Petro Poroshenko asked Ayrault and Steinmeier in Kyiv to “come up with means to exert pressure on Russia in order for it to abide with peace agreements signed by the Kremlin.” In the recent days, tensions in the Donbas have escalated.

“The separatists have stopped shooting for three days during the G20 summit in order to demonstrate that it is possible to reach an agreement with them. But what have we been witnessing these last few days? Shelling, casualties, wounded people,” says Irina Herashchenko, the President's Humanitarian Envoy at the Minsk peace talks regarding the conflict in the Donbas.

So far it is not certain whether Putin will agree to return to the negotiating table and – if he does – on what conditions. According to unofficial information, the Kremlin will push for a special status for the separatists’ quasi-states in Ukraine’s east and for holding elections there. Kyiv, on the other hand, wants to reclaim control over these territories and cut off Donbas from Russian supplies of weaponry, militants and equipment.

“In Ukraine, there is a common view that the so-called Normandy format should be expanded and three other states should participate. First, it should include the US and the UK as they were the signatories of the Budapest memorandum in 1994 which guaranteed Ukraine territorial integrity in exchange for the resignation from nuclear arsenal. Second, Poland – because of its understanding and shared interests,” Melnyk explains.

Apart from the French and German foreign ministers, British and Danish foreign ministers the chief diplomats of Great Britain and Denmark, Boris Johnson and Kristian Jensen, also arrived in Kyiv on Wednesday.