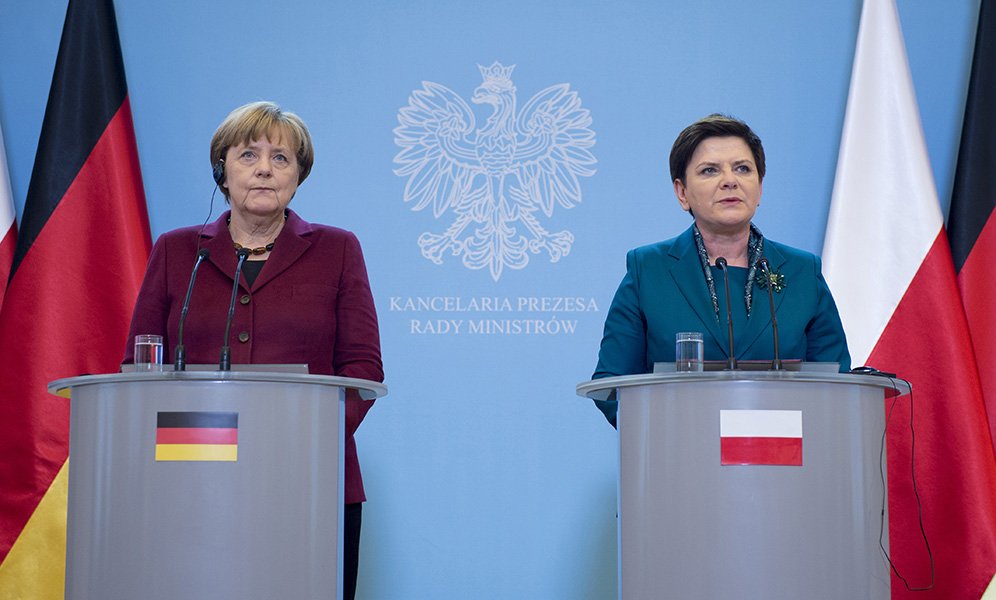 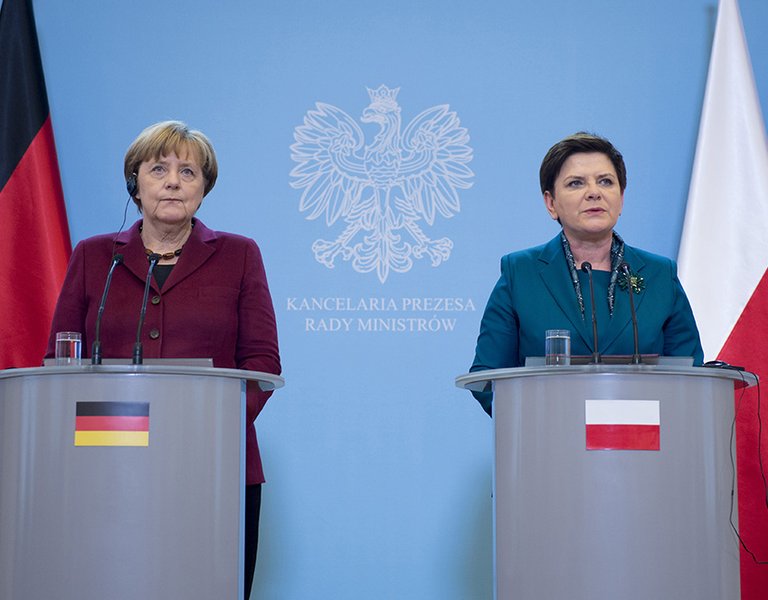 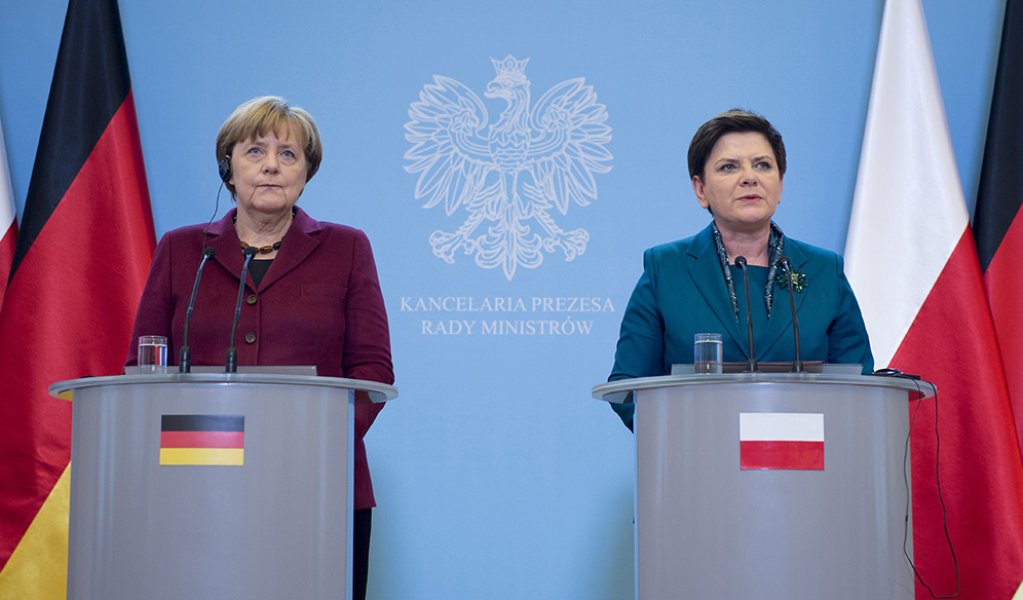 Szydło told reporters that strengthening the role of national parliaments and equal treatment for EU members were key concerns for Poland.

She added that the planned Nord Stream 2 pipeline between Russia and Germany, but bypassing Poland, is unacceptable to Warsaw.

She added that Poland, whose economy is coal-based, is “open to talks about an ambitious European climate policy, but taking into account the energy mix best suited to each country.”

Merkel, who was on a one-day visit to the Polish capital, was asked by reporters about the prospects of a two-speed Europe.

She said that EU treaties allow intensified cooperation between countries but indicated that she is opposed to "exclusive clubs which others cannot join."

The German Chancellor added that she also talked with Szydło about the future of the European Union after Britain’s exit from the bloc.

Both leaders agreed that sanctions imposed on Moscow after Russia’s 2014 annexation of Crimea should not be lifted.

Merkel also held talks with Polish President Andrzej Duda which focused on the EU’s links with the United States, the future of the European Union and the conflict in Ukraine, Krzysztof Szczerski, a senior advisor to Duda, told reporters.

Szczerski said reforms are needed for the EU to regain the confidence of its citizens and function effectively.