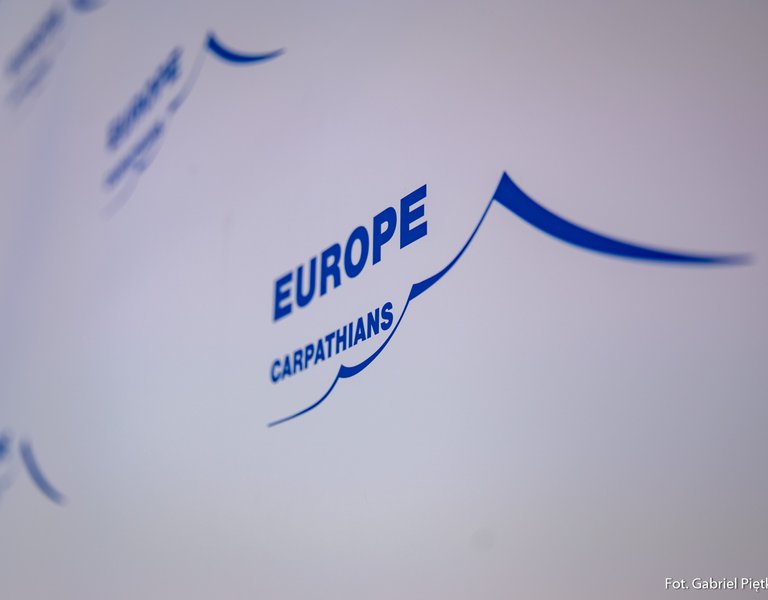 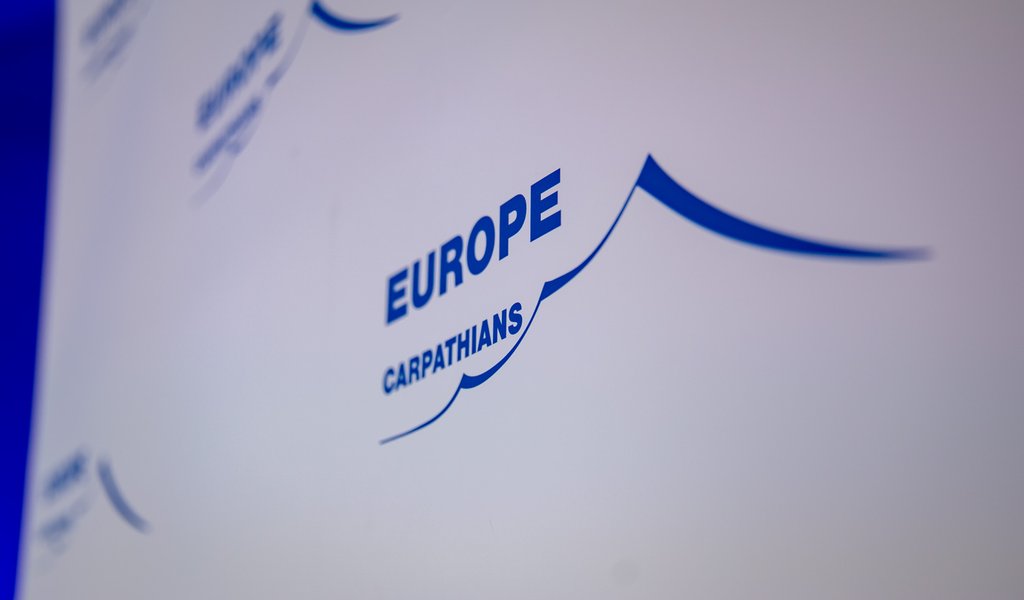 There is no Europe without the Carpathians. Polish policy in the region

At the Economic Forum in Krynica-Zdrój, parliamentarians, ministers, experts and local government representatives discussed security policy, infrastructure and development strategy in Central Europe during the latest edition of the Europe of the Carpathians Conference.

Europe of the Carpathians is an initiative of the Polish Sejm aimed at inspiring action for the sustainable development of the wider Carpathian region. The idea was born in 1999–2000 in the newly created Podkarpackie Voivodeship. Initially, the project focused on Polish-Slovak-Ukrainian cooperation but over time has grown as a result of which in recent years the "Europe of the Carpathians” format has become one of the most important platforms for the exchange of ideas between Carpathian countries. Politicians from Central and Eastern Europe, including thought leaders, Carpathian activists, experts and representatives of non-governmental organisations, meet on a cyclical basis. In addition to cross-border cooperation, also discussed are issues related to the governance of European regions, mountain policy, energy, tourism, communication (of the "Carpathian brand") and infrastructure. Declarations are also made to strengthen cooperation at the political level. The result of this cooperation includes projects focused on the construction of the Via Carpatia transport route, intended to be a contribution on the part of Carpathian countries towards the sustainable development of the continent’s infrastructure. As in the past, this year representatives of many institutions from dozens of countries met at the conference, including from Lithuania, Romania, Serbia, Spain, Hungary, Montenegro, Slovakia, Ukraine, the Czech Republic, Latvia, Bosnia and Herzegovina. Poland’s Minister of Foreign Affairs Jacek Czaputowicz was the special guest on the panel dedicated to security in the region. 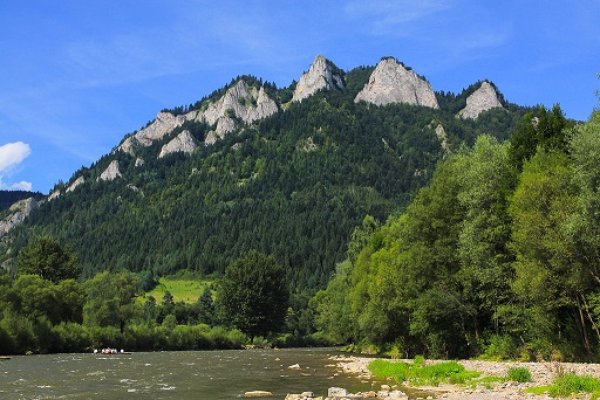 Although various kernels of thought about the identity of Central and Eastern Europe date back to the 19th century, this subject was reborn with the regaining of sovereignty in 1989-1991 by the countries making up the region. More than 150 million people live in the territory between Germany and Russia, whose productivity in 2014 brought in over USD 5 billion of the total value of GDP, which constituted around 27% of GDP of the entire European Union, making the region the second pillar of the European economy (after the Western pillar) .

The Carpathians form the heart of this part of the continent – covering the territories of different countries that share common features and problems. In addition to the cultural, environmental and social dimensions, it is necessary to stress the cross-border character and the communication role of the region. It is here that the North-South and East-West axes intersect. At present, as the region faces many challenges – the threat on the Eastern Flank (Russia's policy), in the south (the migration crisis), dividing the region into two zones of enlargement of the European Union and NATO, a widespread increase in Euroscepticism on the continent – close cooperation of the Central and Eastern European states is crucial to protect the region and preserve its identify. It is also necessary in order for individual nations to be able to pursue their interests.

Secure Poland in a secure region

Minister of Foreign Affairs Jacek Czaputowicz reffered to the idea of regional identity during Wednesday’s panel in Krynica-Zdrój, stressing the importance of political security in the region. He stated that the concept goes beyond the military, security sphere and includes tackling threats to the stability of societies, states and governments. It is conditioned on a network adapted to current needs, efficiently functioning connections, stimulating the development of the region, justifying Poland's involvement in the construction of the Via Carpatia international route. Another area is the development of energy connections, including investments in a network of gas inter-connectors with Slovakia and Lithuania as well as the expansion of connections with the Czech Republic.

An important form of Polish support for development and security in the region is Poland's participation in super-national formats. Almost 30 years ago, the Visegrad Group became a permanent part of the political architecture of the region. Its members, Poland, Slovakia, the Czech Republic and Hungary, speak with one voice about the future of Europe, which they believe should be based on foundations such as the single market and an efficient Schengen area. The common perception of threats, especially on the Eastern Flank of the continent, is also made evident by the so-called "Bucharest Format", which consists of the Visegrad Group, the Baltic States, Romania and Bulgaria. Moreover, in order to develop economic networks in the region, Poland together with Croatia conceptualised the Three Seas Initiative, which has a stronger economic emphasis. In a situation when the economies of Central and Eastern Europe are still catching up with the West, it seeks to contribute to the cohesion of the European Union and reduce economic disparities between countries. 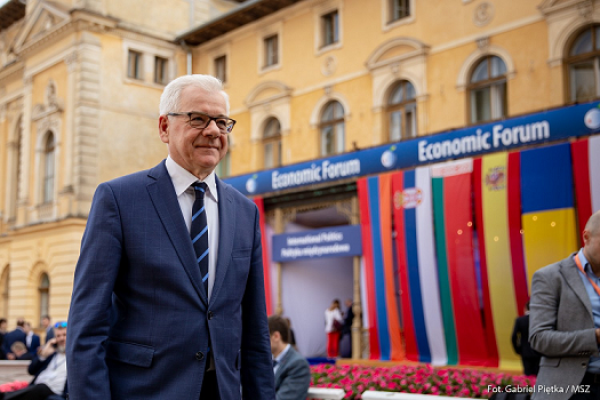 As far as military security is concerned, Poland is an active participant in military cooperation in the region. US troops are stationed on Polish territory: both under the NATO banner and the US flag. The countries of the region cooperate with each other in the military sphere: Poland hosts soldiers from Romania and Croatia, Polish soldiers along with the Czechs, Slovenians and Slovaks are hosted in the Adazi base in Latvia and co-create the Multinational Framework Brigade in Romania. Together with partners from the Czech Republic, Hungary and Romania and other countries in the Alliance, Poland helps secure airspace of the Baltic states within the Baltic Air policing mission. Furthermore, Poland aims to strengthen cooperation within the EU and North Atlantic structures. By supporting the EU’s efforts to act independently under the Common Security and Defence Policy, the Polish government stresses the need to maintain complementarity with NATO at the same time. A joint European initiative, implemented within the framework of the PESCO permanent co-operation mechanism and strongly supported by Poland, is the cross-border transfer of troops. It aims to improve the transport of military forces, which from the perspective of the collective defence of NATO, and especially its Eastern Flank, is extremely important. Minister Czaputowicz said that the immediate surroundings are unstable, as demonstrated by the annexation of the Crimean peninsula, the war in Ukraine and the tension in the Sea of Azov. “Allied solidarity with Ukraine is crucial for preserving subjectivity towards the greatest challenge currently facing European security,” the head of Polish diplomacy added.