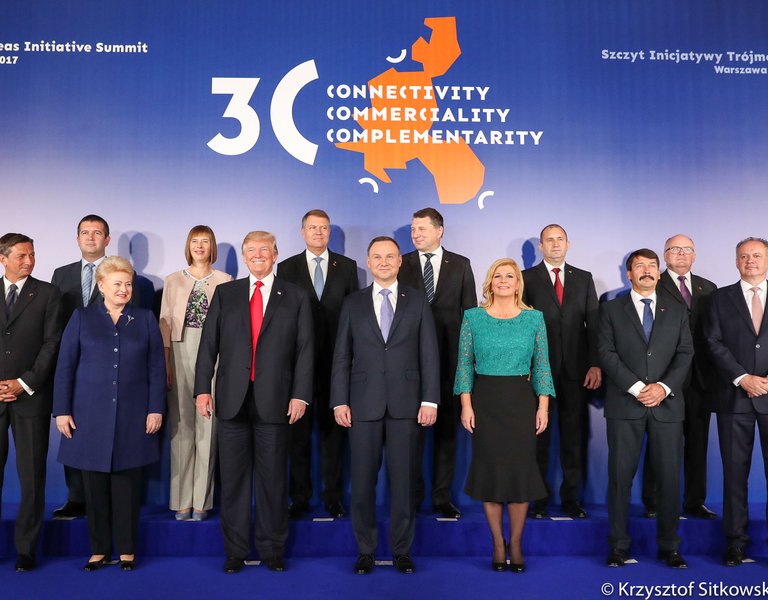 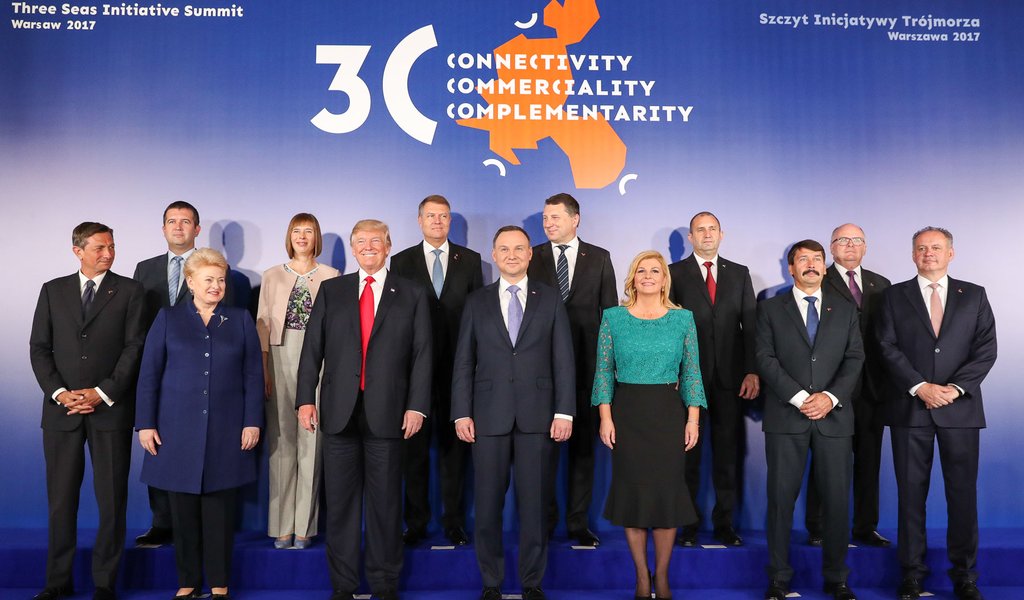 The Three Seas Initiative is a concept that is organically linked to European integration, Mateusz Gniazdowski, the deputy director of the Centre for Eastern Studies in Warsaw, tells Poland.pl.

Poland.pl: It has been almost a month since the Three Seas Initiative Summit was held in Warsaw, co-hosted by the President of the Republic of Poland. Could we ask for the first rundown of this meeting?

Mateusz Gniazdowski, OSW Deputy Director: It was not an easy undertaking. Interest in the region before the meeting was varied: from enthusiasm to a wait-and-see approach. None of the partners questioned the aims and needs specified in the Dubrovnik Declaration; they were confirmed in the declaration signed in Warsaw - the Initiative is meant to serve European integration, it is intended to strengthen sectoral cooperation between future EU members between the Adriatic, the Baltic and the Black Sea. Nevertheless, much energy - both during the preparation of the summit and at the meeting itself - had to be devoted to convincing what this initiative was not. It was designated a whole array of features that had nothing to do with the declared goals and intentions. It was pointed out that this is the construction of a "Plan B" towards the EU, in competition with Germany. These fears intensified as the Nord Stream 2 discussions became more heated, both in the EU and in transatlantic relations. Some feared that the visit of the US President to Warsaw would politically contribute to this split, further deepening the divisions within the EU. Let us remember, however, that it is not President Donald Trump, but rather the Nord Stream 2 project that has divided the EU. And it's not the Three Seas Initiative that is dividing the EU today. I believe that in Warsaw the scepticism regarding the political aspects of the initiative has been reduced - its aims have been highlighted and inscribed in the common concern for the unity of Europe and the efforts to strengthen it.

Some people have compared the Three Seas Initiative to the Intermarium, that is the concept of building a federal structure in the Central European countries, whose origin is attributed to Józef Piłsudski, the head of the Polish State in the 1920s. Do you see similarities between these two concepts?

Comparisons to the Intermarium are unprofitable and have brought more confusion than good. The similarities are superficial, and even one look at the map shows that the Three Seas Initiative is a concept that is connected organically to European integration and encompasses EU member states. Intermarium was an idea of ​​organizing a security system and strengthening the subjectivity of states between two revisionist states interested in the destruction of the European order - Soviet Russia and Germany. Today's Three Seas Initiative consists of countries cooperating with Germany - allies of Germany, interested in optimizing this cooperation, and not even fully in agreement on how to approach the revisionist policies of Vladimir Putin. In the case of the Three Seas Initiative, the focus is mainly on the economic integration of the EU Member States and the impetus for modernization. It is a political umbrella of presidents over sectoral cooperation aimed at strengthening the single market, the links between the states of our region and catching up more quickly with older EU members. There is no block. The Dubrovnik Declaration states that no parallel structure will be created for existing cooperation mechanisms. And both the EU and the regional ones - with the Visegrad Group at the helm.

How significant was the participation of the US president in the Summit?

Without a doubt, having President Donald Trump as a guest at the Three Seas Summit, and on one of his first foreign trips, briefly drew the world's attention not only to Poland but also to the eastern part of the EU. It turned out that President Trump did not come to shock and divide Europe, instead he pointed to the civilizational challenges that united Europe and America. For the countries in our region, the confirmation of transatlantic links is important, especially during the Brexit period. While the Three Seas Initiative is limited in scope in terms of addressing security issues, the strengthening of the US role in the gas market in the region is also linked to the prospect of enhancing energy security. Furthermore, possible involvement of US companies in the telecommunications and digital technologies sector is an area that is impossible to separate from security. Americans have expressed interest in creating a Three Seas business forum. One can assume that President Trump's visit will somehow translate into greater interest among American companies in our region.

And what is the significance of the Initiative for integration in the European Union? Some commentators believe that it can be treated as a threat to EU unity – others claim that regional blocs further strengthen European unity within the Union.

Indeed, it is sometimes asserted that the tightening of integration in the Three Seas region will deepen divisions within the EU and contribute to the emergence of a Europe of different speeds. Just in one respect the Three Seas Initiative seeks to achieve a higher speed - the aim is to bring the region’s development levels closer to that of the West. A Europe of different speeds is a fact, and the Three Seas Initiative brings together states belonging to different integration circles – both in and outside the Eurozone, in Schengen and still trying to join; it also brings together states belonging to different EU macro-regional strategies. Strengthening the cohesion of the region and the single market in this area of the EU does not create new dividing lines, on the contrary, it serves to decrease them. The Three Seas Initiative seeks ways to make better use of EU instruments to create "European added value" in our area. This was reflected in the idea proposed in Warsaw by the President of Croatia to create a special inter-regional Transnational Programme.

We can also speak of the implementation of the Three Seas objectives in terms of obligations resulting from our presence in the EU. Treaty responsibility for strengthening EU cohesion in Poland is related to the development of major routes between the Baltic States and the rest of the EU. Similar challenges are taking place in other countries in the region, especially those with access to the sea. The implementation of the Initiative’s goals also includes the development of corridors to Polish ports, the Via Baltica route, and the Via Carpatia connecting the Baltic and the Balkans. In the not too distant future, the challenge will also be to strengthen the digital infrastructure in the region. The development of modern industry will require new connections. It is also in the interests of Western European business and will serve to increase the competitiveness of our area and its attractiveness for serious investors, both within the EU and from other countries.

What is next on the agenda for the Three Seas Initiative? What can we expect in the near future?

In Warsaw it was agreed that the next summit would be held in Romania. This is a logical solution, after the Adriatic meeting in Croatia and the summit in Poland to host a meeting in a Black Sea country. Bulgaria is expected to hold the EU Presidency in the first half of 2018, so Romania was the natural candidate. The Three Seas Initiative is a political patronage of presidents over sectoral cooperation. It is therefore legitimate to question the ability to implement measures in areas where the powers belong to governments. Fortunately, this is a patronage of activities that are already under way and which need more impetus and political support. The need to strengthen infrastructure links on the North-South axis has been known for a long time, but there is still too much to do on this issue. For example, only one new motorway link, between Poland and the Czech Republic, was established between the Visegrad Group countries after 1989. The needs for the integration of our region are reflected by the Common Spatial Development Strategy of the V4+2 Countries adopted already in 2014. When our Czech friends ask about the added value of the Three Seas Initiative, I tell them that it is intended to foster the implementation of a strategy which was in large part conceptualised by the Institute for Spatial Development in Brno. Also with regard to gas, the Three Seas Initiative is strengthening cooperation already implemented in the "V4+" format. In this field, the flagship project of both the V4 and the Three Seas is the North-South Energy Corridor. By having an LNG terminal Poland can offer the region a delivery supply that helps strengthen the gas market in the region, including its competitiveness and security.

Will further integration initiatives not reduce the intensity of existing Visegrad Group cooperation?

I think that multidimensional co-operation in the Visegrad Group will not hurt it. On the contrary – one can talk of the complementarity of formats. The political patronage of the Three Seas’ presidents may be useful in the implementation of the "V4+" format, involving other countries in the region. There is a consensus that the V4 will not expand, while in the broader format launched by the presidents of Poland and Croatia, no countrt is an “extra hook", everyone has the same status, and thus may strengthen the sense of political participation in sectoral activities in the region. Such as Croatia or Romania, which will host the Three Seas Summit at the end of Hungary’s V4 Presidency. For Poland, the Visegrad Group will remain the main format for multilateral intergovernmental regional cooperation in the EU, as it connects us to the largest network of links, both politically and economically. 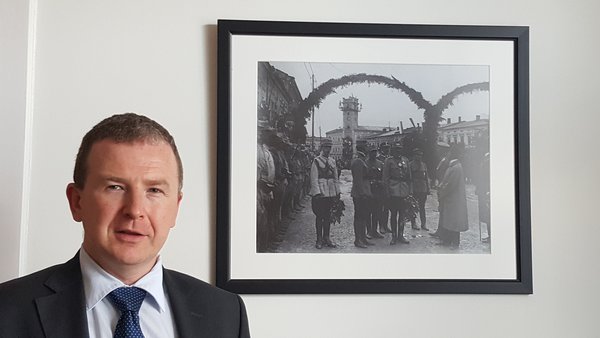 MATEUSZ GNIAZDOWSKI, PhD - Deputy Director of the Centre for Eastern Studies (OSW). He worked in the Polish Institute of International Affairs from 2004 to 2010. Later he became the head of the Central European Department in the OSW. He is the chairman of the council of Polish-Czech Forum and a member of the Polish-Slovak Commission of Humanities, as well as the co-coordinator of the “Think Visegrad” consortium.