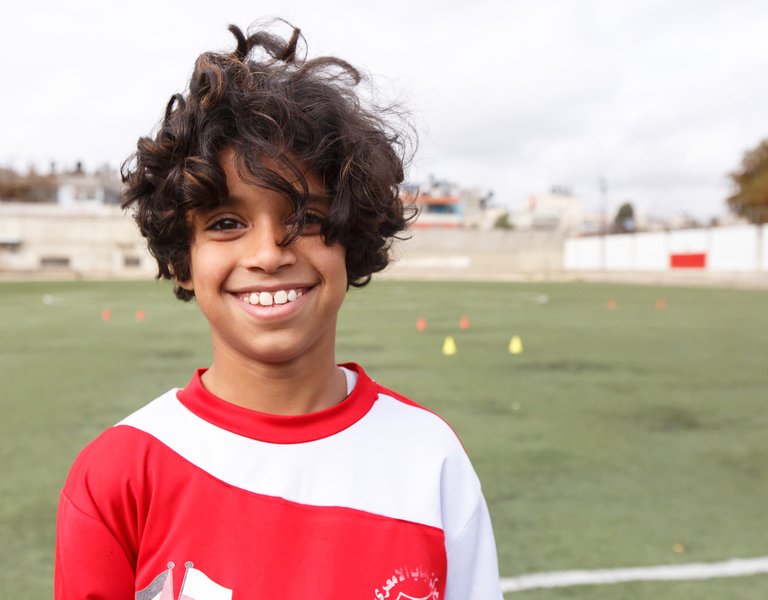 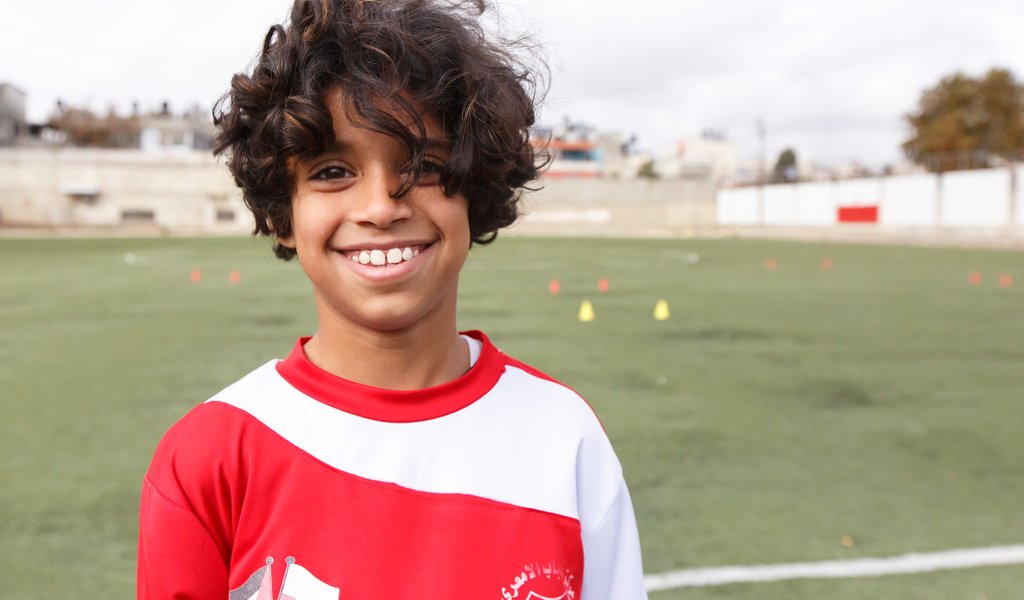 George Weah – Africa’s only Ballon d'Or winner and currently the president of Liberia – began his career in the slums of Monrovia, where as a young boy he played football for the Invincible Eleven. His story shows how sport can change the lives of people from marginalised backgrounds. Poland develops sports projects to improve their quality of life as part of its development assistance in many countries around the world. The goal is to support individuals, as well as entire communities.

Physical activity helps the overall development of the body, but it is also an important tool in educational work. Scientists stress the impact of movement on psychological development (sport teaches people how to set goals and overcome weakness, thus improving self-esteem) and social development (it helps build relationships, teaches cooperation and promotes fair play attitudes). All this, as well as the joy of having fun together and the passion that accompanies sport, minimises the risk of marginalisation. Many Polish Aid projects are aimed at counteracting exclusion among individuals and entire communities at risk of it. Sport is one of the tools used. 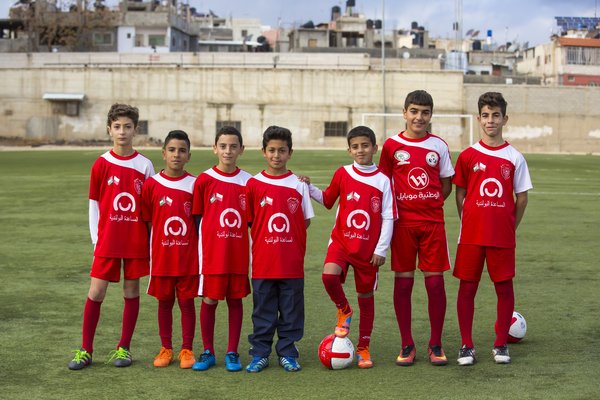 On the initiative of the Polish diplomatic mission in Ramallah, Palestine, and thanks to the financing of Polish Aid, in 2016 a football school for children from the al-Am’ari refugee camp was set up in which children (aged 5-10) are trained by professional trainers several times a week. The children, after passing health checks, also receive sports equipment, including kits. Three teams have been created: two for boys and one for girls, which promotes the idea of ​​gender equality. Children from the nearby districts of Al-Bireh and Ramallah can also join the school, allowing children from the camp to integrate with their neighbours. Regular friendlies help establish close relations between young footballers. In addition to being fun for the children, the school supports their psychological and social development.

The Polish embassy in Colombia has also responded to the problem of marginalisation – in this case among young people from regions affected by armed conflict. Polish diplomats showed teenagers how they can spend their free time in a different, more stimulating way than being involved in illegal armed groups and mafias. The highlight of the project was an eight-day training camp for a group of 20 young players organised in Poland. Specially tailored sessions were organised for them by the Józef Piłsudski University of Physical Education in Warsaw. 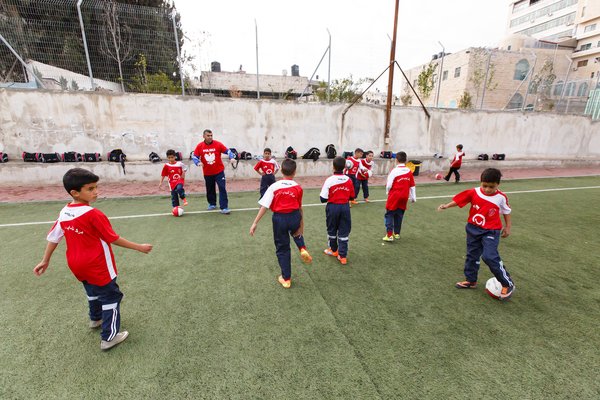 Sport was also a source of inspiration for the Polish embassy in Tunis, which supported the country’s government in tackling the problem of access to education for children who live far from schools. Although school education is compulsory in Tunisia up to the age of 16, 360,000 children aged 6-18 do not attend school. Poverty or a shortage of people to work on family farms are common causes, but poor infrastructure which makes it difficult for students to simply get to school also has an impact on these statistics. Polish Aid financed the purchase of 152 bicycles for schools. Children living far away from school in the regions of Gabes and Tataouine use them as a means of transport. They also train on them to keep fit and organise bicycle races among their peers. This simple idea proved to be an effective response to a serious problem for individual students and for the Tunisian education system.

Another way to improve the lives of people in difficult situations is to support their leaders, educators, and mentors, who, if they are appreciated, educated and inspired, can inspire change in their communities.

One of the Polish Aid projects carried out in Palestine by the Tischner European University was the “Fencers for Palestine” 2010 project. Fencing stimulates the imagination and develops concentration. It teaches competition in the spirit of fair play and, what is equally important, respect for the opponent. Therefore, the campaign aimed to raise the qualifications of Palestinian fencers and fencing instructors and to popularise the sport among those living in extremely difficult conditions.

As part of the project, a Polish trainer whose main task was to lead the Palestinian national team lived in Ramallah for almost six months. In addition, two Palestinian club trainers took part in an advanced training course at Polish sports clubs in Krakow and Katowice. In Jordan, a sports camp was organised, and sports clubs in Ramallah, Al Bireh, Jericho and Abu Miss were provided with training equipment. Around 250 people took part in the project, as well as 10 sports instructors and three fencing trainers.

A documentary Fencers for Palestine (dir. by Urszula Laskowska, Mateusz Mularski) was made about the project at the al-Amari refugee camp in Ramallah in the West Bank.

As part of an aid project in Nairobi, a youth football league – the Kibera Youth Football League – was organised, which has been operating successfully for several years thanks to the involvement of local trainers who received training within the same project in Amani Kibera. In 2016, matches involving 46 teams in all age categories were played over seven weeks. 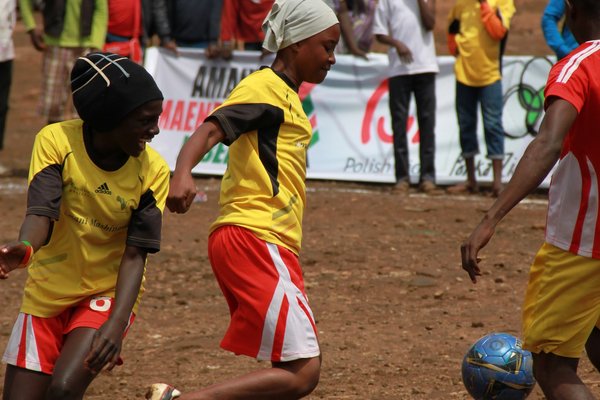 Also in Kibera, the Amani Kibera Peace Soccer Tournament was organised, which was watched by around 15,000 fans. It is worth noting that in 2016, 19 female teams also competed against each other. In addition, as part of the tournament, players and trainers took part in health and hygiene workshops.

Sports infrastructure raises the quality of life of entire communities, and often also drives the development of local entrepreneurship, an example of which is the project of the Polish embassy in Pretoria, which built a sports field using Polish Aid in the Lotus Park district in Cape Town. Among the poorest and most dangerous neighbourhoods in the city, Lotus Park is inhabited by about 5,000 people, 2,000 of whom are children, half of whom use the new sports ground, where they organise sports competitions and games. Increasing the quality of life of children and instilling sporting values ​​reduces the risk of them joining criminal groups, which are unfortunately popular in this region. Besides, who knows – maybe a future president of South Africa is kicking a ball there right now? Decades ago, in the slums of Monrovia, it was also not easy to believe that one of the young players of the Invincible Eleven would one day become the president of Liberia. In life – as in football – anything is possible.