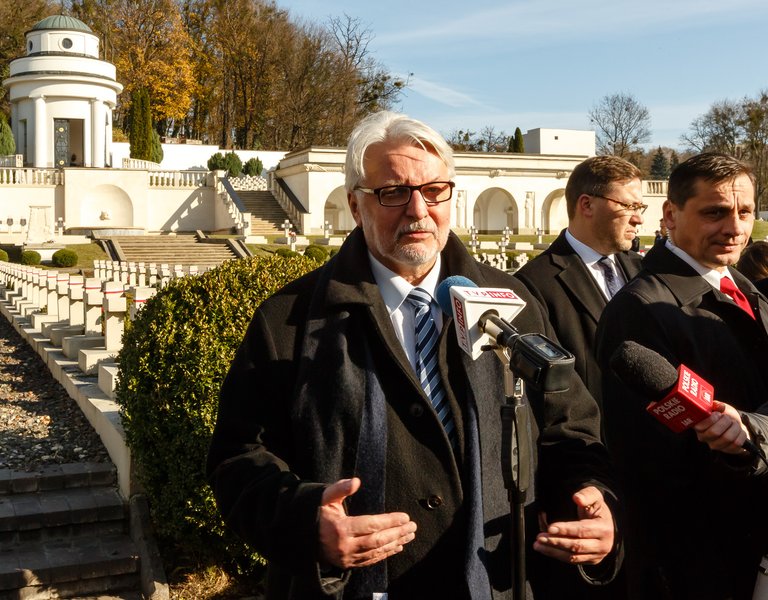 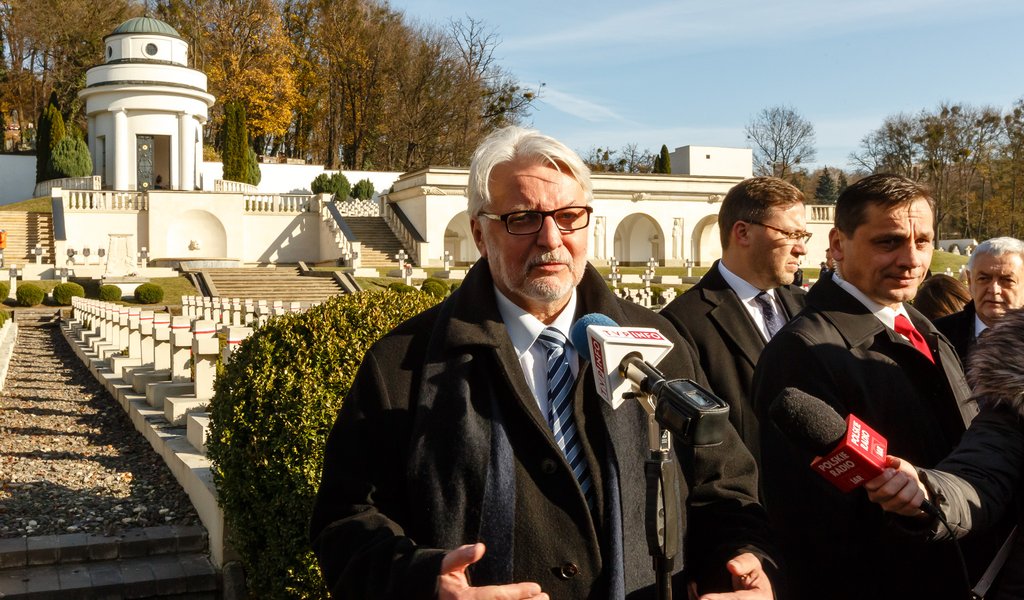 “I came here to talk to Poles in Ukraine and to our consuls,” Polish Foreign Minister Witold Waszczykowski said during his visit to Lviv.

On Saturday 4 November, Minister Witold Waszczykowski met with leaders of the Polish communities and heads of Polish consulates in Ukraine in the Polish Consulate General in Lviv. Poles living in Ukraine and their situation were also discussed by Senator Janina Sagatowska, Chair of the Senate Committee for Emigration and Contacts with Poles Abroad, and Deputy Beata Mazurek, Chair of the Polish-Ukrainian Parliamentary Group, as well as other officials who were part of Minister Waszczykowski’s delegation to Lviv.

“I want to thank you, consuls, for your dedication and work in this difficult security environment. You are effectively responding to a massive interest shown by Ukrainians who want to work, study and live in Poland. No other country makes such contribution to the social and economic stability of Ukraine. I also appreciate your dedication to Poles’ interests, which are a special concern of Beata Szydło’s cabinet,” underscored Poland’s top diplomat.

Asked by journalists about his reaction to the Ukrainian authorities’ decisions, which move back the Polish-Ukrainian dialogue on historical matters, Minister Witold Waszczykowski said “Deputy Prime Minister Piotr Gliński’s offer to resume work by the Intergovernmental Commission is still on the table. Stopping searchers and burials of Polish victims of wars and persecutions in the territory of what is now Ukraine, subjecting persons who do not share the Ukrainian authorities’ position regarding matters of history to administrative restrictions, promoting untruth about the history of mutual relations at state level – all this does not fall into the category of partnership, which remains an unchangeable goal of Poland’s policy."

On the second day of his visit, Polish foreign minister visited places of special significance for Polish-Ukrainian relations: the Lychakiv Cemetery, the Tomb of the Unknown Soldier at the Cemetery of the Defenders of Lwów, and the Polish House building site.

“Poland is astounded by the fact that, years after the fall of Communism, Catholic churches in Lviv still serve as concert halls, gardens are cultivated on cemeteries of 1939 heroes, and that under an invented pretext we are not allowed to search for and give a proper burial to the victims of wars and conflicts,” said Minister Waszczykowski following his meeting with members of the Catholic clergy during the second day of his Ukraine visit. “We have raised these issues in our dialogue with Ukrainian local and central authorities. Considering President Andrzej Duda’s and President Petro Poroshenko’s plans, we expect them to be resolved urgently,” added Poland’s top diplomat. On the second day of his Lviv visit, Minister Waszczykowski stopped at the Latin Cathedral and the Franciscan church of St. Antony of Padua and laid a wreath at the Monument to the Victims of Communist Crimes.

The chief of Polish diplomacy paid tribute to the Lwów Eagles, at the memorials to the Ukrainian Galician Army soldiers and to the fallen in battles against continued Russian aggression. “In our tradition, graves are sacred. We take care of the graves of Poles, Ukrainians, Russians and people of other nationalities who were buried in Poland,” the minister declared. “Standing here, we want to appeal to the Ukrainian side to allow us to carry out search and exhumation work so that we can give a proper burial to the nameless victims, which is a Christian duty,” underscored Poland’s foreign minister.

At the Lychakiv cemetery, the minister met with Władysław Kuczyński, a Polish scout from Lviv and a Ukrainian hero of the fighting in eastern Ukraine.