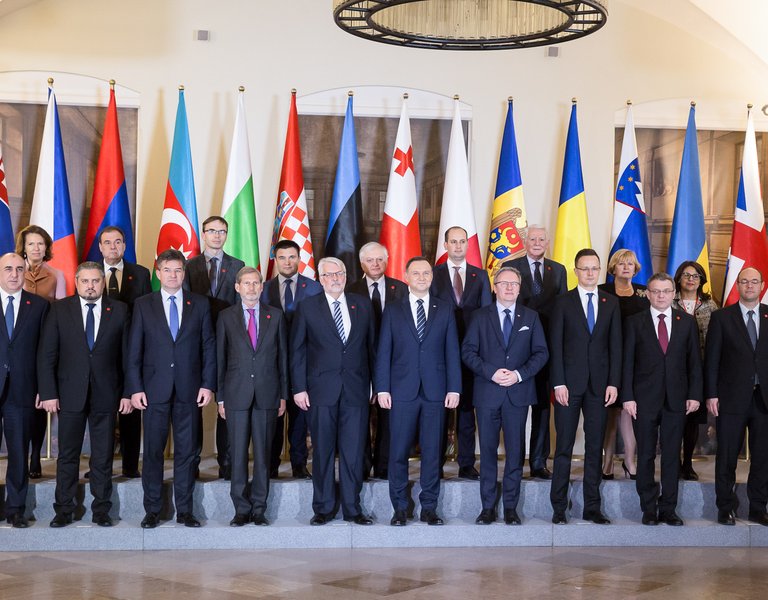 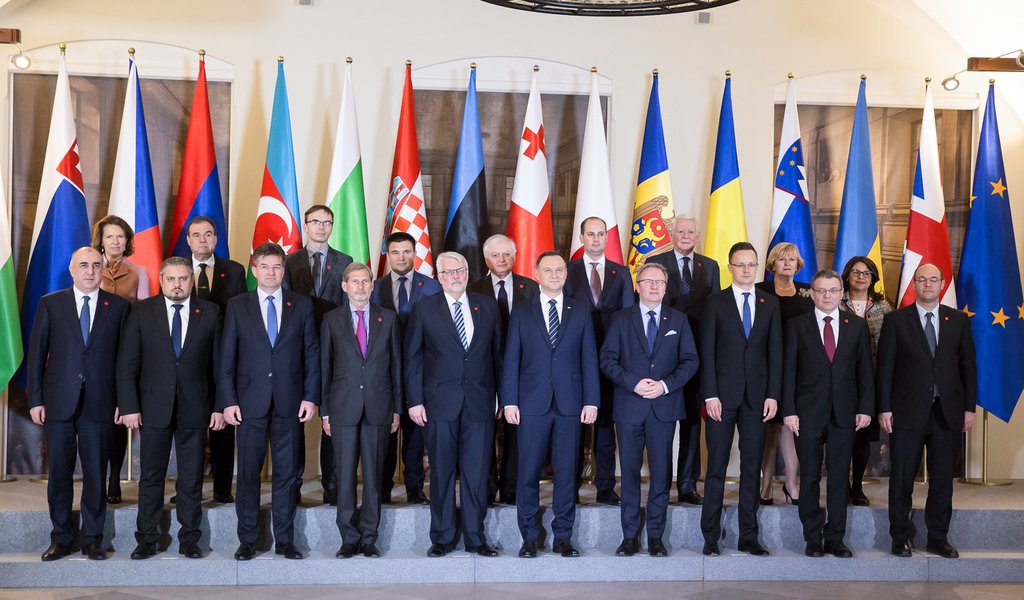 “We need to give the Partnership an ambitious political vision that will include concrete goals that are achievable in the near and foreseeable future. We must recognize the European aspirations and the European choice of our Eastern partners,” Minister Witold Waszczykowski said during today's meeting of Visegrad Group and Eastern Partnership foreign ministers in Warsaw.

At the invitation of Minister Witold Waszczykowski, the meeting of V4 and Eastern Partnership foreign ministers was also attended by the chief diplomats of Croatia, Estonia, Romania and Sweden, the secretaries of state in the Bulgarian and Slovenian MFA, as well as the EU Commissioner for European Neighborhood Policy and accession negotiations, Johannes Hahn. Also in attendance were high-ranking representatives from Great Britain, Malta and the European External Action Service.

“The Visegrad Group and Eastern Partnership meetings have become a tradition of each V4 Presidency. It is the first time that this meeting is attended by such a large group of countries of the region. This is proof that the Eastern Partnership programme is a priority for Visegrad, the whole region and the European Union,” the head of Polish diplomacy said. “The Eastern Partnership is the only EU policy instrument towards the Eastern neighbours. We appreciate this initiative and we want to strengthen it,” Minister Waszczykowski added.

The meeting was preceded by a coordinatory meeting of Visegrad Group foreign ministers. Minister Waszczykowski presented the current activities of the Polish V4 presidency, while Hungary's Foreign Minister Peter Szijjarto sketched out the preliminary assumptions of Hungary's V4 leadership beginning on July 1st. The ministers also agreed on further steps to strengthen the International Visegrad Fund. The plenary session was devoted to connectivity issues. During the discussion, Minister Waszczykowski emphasized that the Eastern Partnership must bring tangible benefits for EU citizens and the Eastern Partnership.

He also emphasized that the development of transport and infrastructure links is the most important contribution to their achievement. He also added that it facilitates not only interpersonal contacts but also long-term ties between countries, creating closer economic and political co-operation and as a result stabilizing the region.

“The removal of transport and infrastructure barriers between the Eastern Partnership countries and the European Union complements the process of bringing these countries closer to the EU, resulting from the implementation of association agreements, trade agreements and progressive visa liberalization,” the head of the Ministry of Foreign Affairs said.

The comments made by the foreign ministers of the Eastern Partnership countries show that connectivity issues are one of the main priorities that they would like to focus on within the Eastern Partnership framework, regardless of their level of interest with regard to integration with the European Union. V4 representatives and other EU Member States from the region, together with representatives from the European Commission and the EEAS, expressed their hope that, thanks to the newly created European External Investment Plan, the partner countries would also be able to benefit from the infrastructure investment. However, they noted that there is a need to invest in other European and international financial institutions as well.