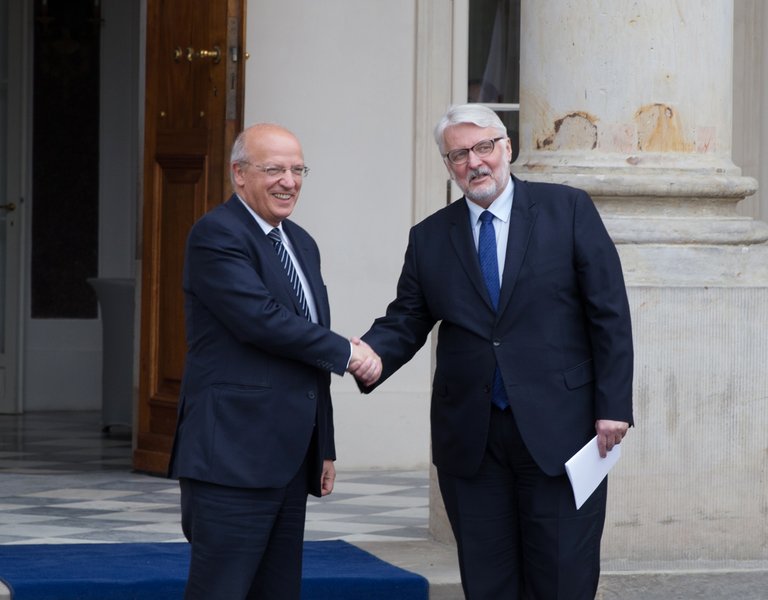 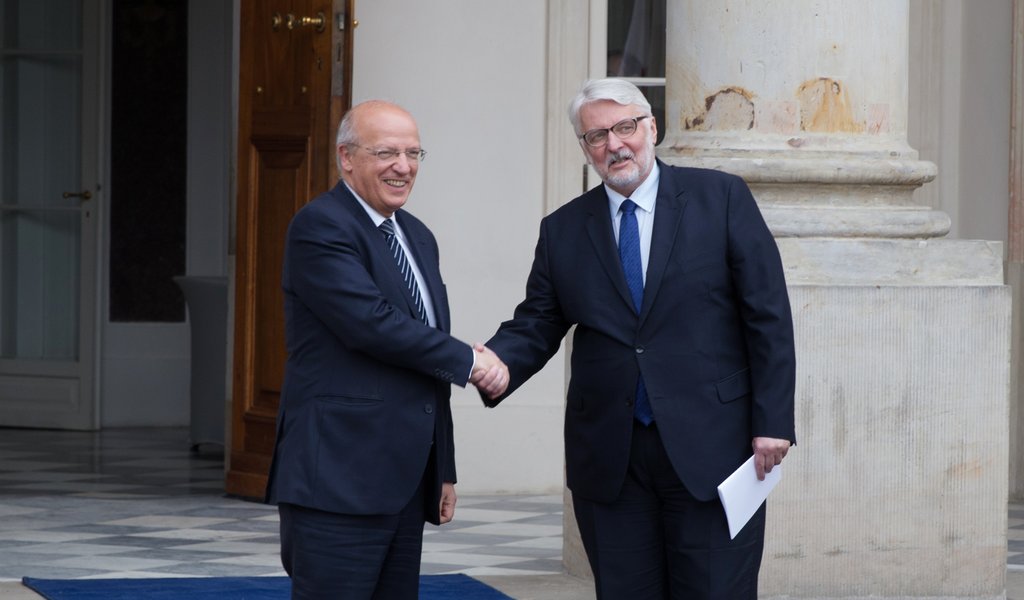 Foreign ministers of Poland and Portugal meet in Warsaw

“We have discussed our bilateral relations, which are strong also thanks to our economic ties. We are very glad to note the fast growth of trade between Poland and Portugal,” Minister Witold Waszczykowski said after his meeting with the chief of Portuguese diplomacy, Augusto Santos Silva.

The Polish and Portuguese foreign ministers discussed today prospects for bilateral collaboration, especially at the political, economic, cultural, and scientific levels. Also on the agenda were some of the challenges facing Europe, notably Brexit, the Russian-Ukrainian conflict, and the threats coming from the south.

The ministers highlighted the need for maintaining regular political dialogue, an important part of which are annual meetings of the heads of state of the Arraiolos Group, which includes the Polish and Portuguese presidents. The official visit to Poland by Portugal’s President Marcelo Rebelo de Sousa, scheduled to take place in 2018, will mark an important event in efforts to forge closer bilateral ties. The ministers also emphasized the importance of the forthcoming celebrations of the centenary of the Fatima apparitions, which will be attended by a Polish delegation headed by Deputy Minister Jan Dziedziczak.

Moreover, Minister Waszczykowski indicated Poland’s willingness to work closer with Portugal at the UN, especially given our bid for a non-permanent seat on the UN Security Council in the 2018-19 term.

The ministers welcomed the pace at which trade and investment cooperation are expanding. “One should stress the significant role Portuguese capital plays in the Polish economy. The Polish government will continue to encourage foreign investment in our country. We are also happy that Polish investors are increasingly interested in the Portuguese market. We are confident that once complete, the common market, including the digital and services market, in conjunction with the EU’s trade policy will give a boost to the economic cooperation between Poland and Portugal,” said the Polish foreign minister.

The talks also covered the opportunities for bilateral collaboration in science, higher education, and culture.

Portugal’s Minister of Foreign Affairs Augusto Santos Silva had been invited to Warsaw by the chief of Polish diplomacy. The last time a Polish foreign minister paid a bilateral visit to Portugal was in 2014.