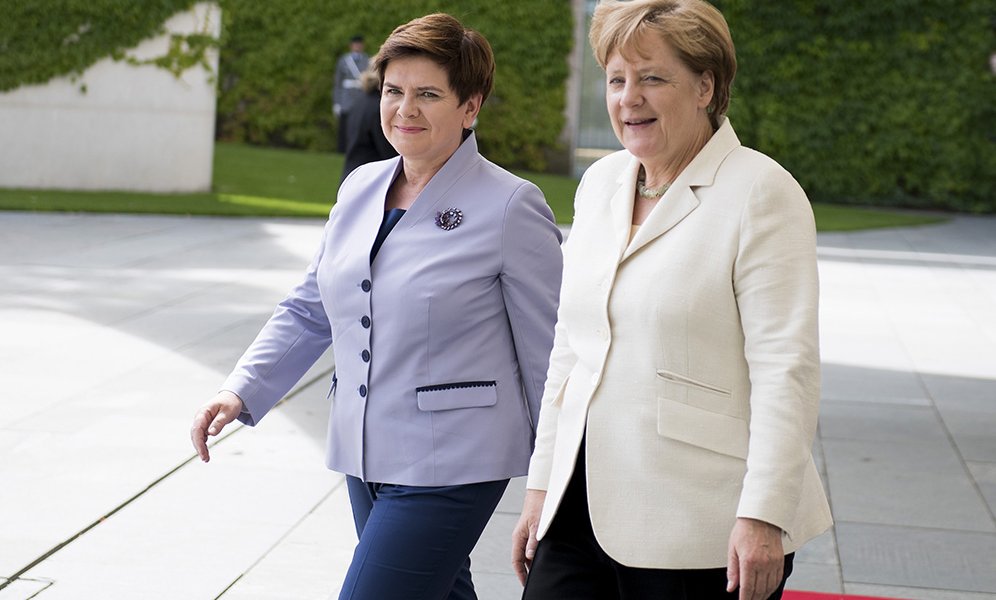 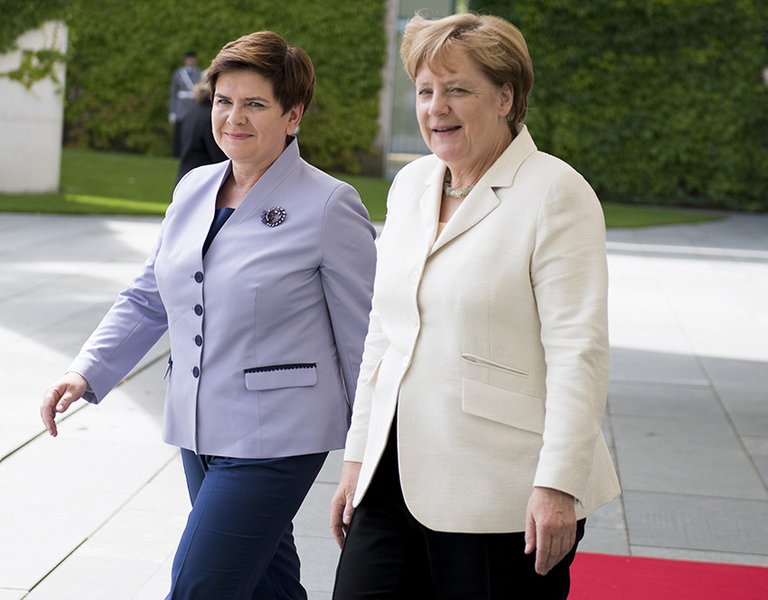 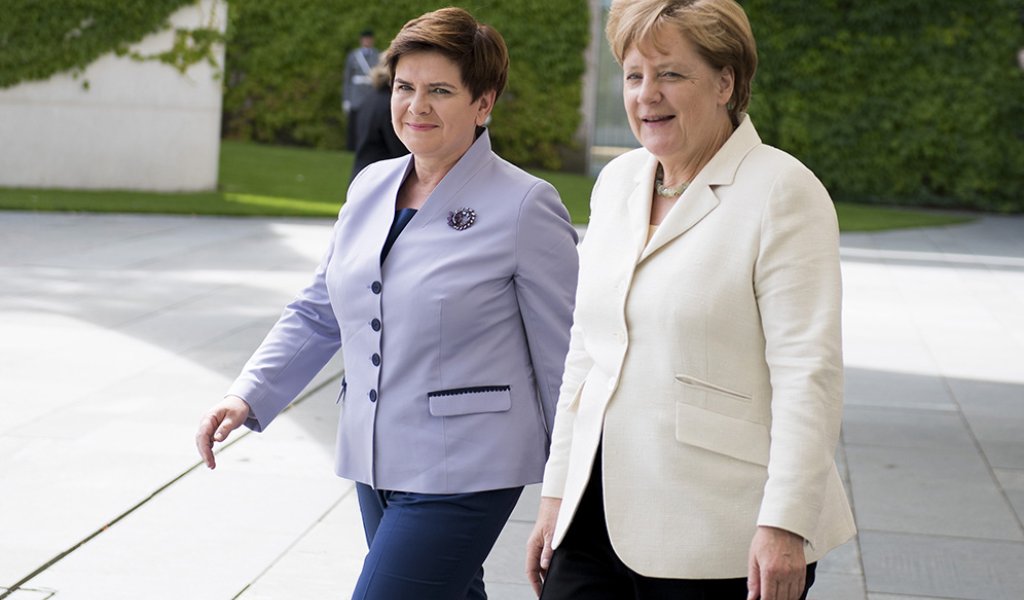 Germany’s Chancellor Angela Merkel voiced her strong support in Berlin on Wednesday for Poland’s efforts to strengthen NATO’s Eastern Flank. After the conclusion of intergovernmental consultations, Prime Minister Beata Szydlo thanked the head of the German government for her clear and strong support.

During a joint press conference, Merkel said that NATO is based on two pillars – “the readiness to defend, or deterrence, and dialogue”. “Both pillars are important,” the German chancellor stressed, reminding that “dialogue with Russia is underway”.

“Germany also sees the need to strengthen NATO’s Eastern Flank,” the head of the German government said. She stressed that Berlin will take on the responsibility for the defence of Lithuania. “That is why we took part in the Anaconda-16 exercises, which was approved by the whole government,” Merkel said.

In doing so, Merkel distanced herself from the comments made by her Foreign Minister Frank-Walter Steinmeier, who in an interview with “Bild am Sonntag” on Sunday warned of “rattling the sabre” and aiming “war cries” at Russia, accusing NATO of adopting a heavy-handed deterrence policy at the cost of dialogue with Moscow.

“I want to thank the chancellor for her clear and strong support for Poland’s efforts to strengthen NATO’s Eastern Flank and for the measures that we want NATO to lead on Polish territory,” Szydlo said. “Today, there is a war taking place on Poland’s eastern border,” she reminded.

“Dialogue is important but it cannot be based on concession,” the head of the Polish government warned. She added that during their meeting, Merkel recognised the Anaconda 2016 exercises as “important and necessary”. Szydlo also expressed her satisfaction regarding the extension of sanctions against Russia.

Merkel said that one of the issues discussed in Berlin was the upcoming NATO Summit in Warsaw. “We are co-operating well regarding the preparations (for the summit),” she stressed. She reaffirmed her declaration that Germany would increase its defence spending to the 2 per cent of GDP benchmark required by NATO. Berlin currently spends 1,2 per cent of GDP on its military.

In reference to the Treaty on Good Neighbourship and Friendly Co-operation between Poland Germany, the 25th anniversary of which is currently being celebrated by both countries, Szydlo said that she believes in the practical implementation of the Treaty.

“I believe that next year we will be able to say that all clauses of the Polish-Germany treaty, including on the Polish community, have been practically implemented,” Prime Minister Szydlo said.

Within this context, she spoke about the part of the treaty that related to the situation of the Polish community and Poles living in Germany. “We agreed that we would solve the problem and I am very grateful to the chancellor for her openness. I deeply believe that when we meet next year at the consultations in Warsaw (…) we will be able to say that the all clauses of the Treaty have been practically implemented. This is something that we still need to achieve,” Beata Szydlo said.

The Prime Minister pointed out that her talk with Merkel focussed on economic and infrastructure projects. “Poland and Germany are important partners, countries that share a lot of common projects, tasks (…) We are happy about the openness and that economic issues have been discussed so intensively and continue to be discussed,” she said.

Asked about Nord Stream 2, Merkel maintained her position, saying that this is a “business project”.

“I appreciate that the Polish side here has some concerns regarding to what degree this will restrict the diversification of supply sources. We have a lot of possibilities to diversify supply sources,” Merkel said. She added that it is important that Ukraine and Slovakia are not cut off from the transmission of gas, which is important for them economically.

Prime Minister Szydlo said that Poland has a clear position regarding Nord Stream 2. “We of course are of the opinion that this is an investment that divides Europe,” she said.