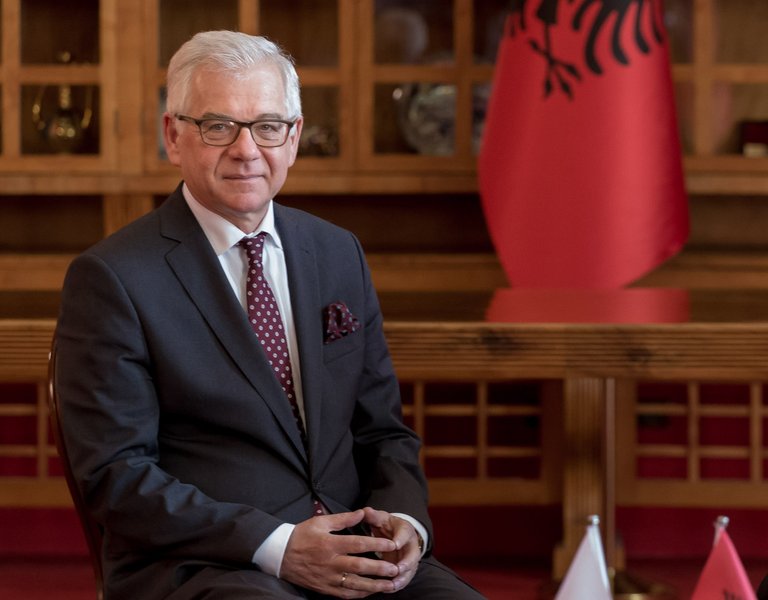 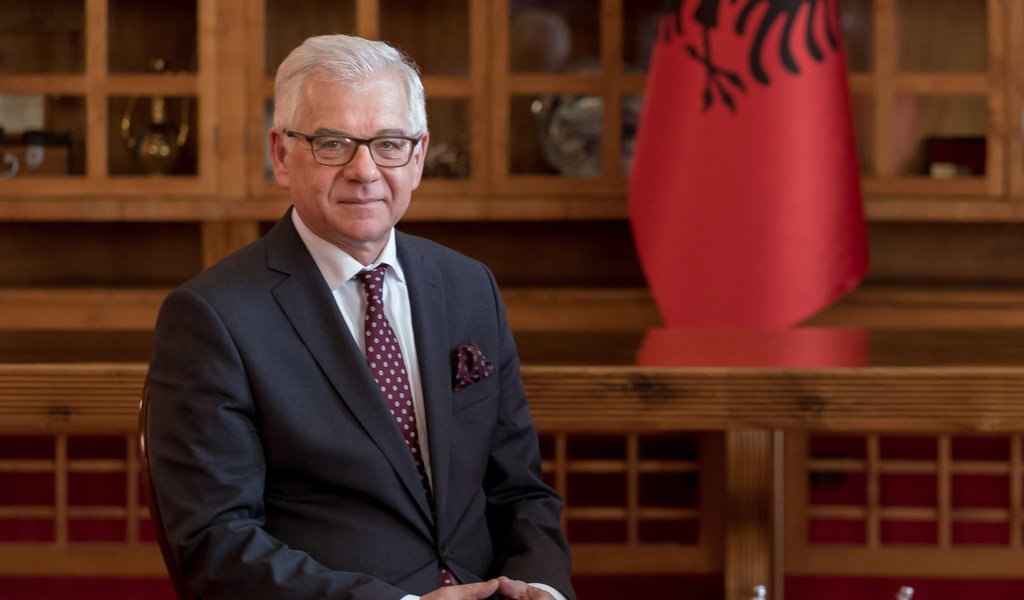 “I am glad that relations between our countries are getting ever closer, and I am especially happy that they develop simultaneously at many levels,” Poland’s top diplomat said on Monday after a meeting with Albania’s Minister for Europe and Foreign Affairs Ditmir Bushati.

“This month will see the 3rd Polish-Albanian Business Forum. The two previous editions, which accompanied prime ministers’ visits, brought together over 130 companies from both countries,” emphasized Minister Jacek Czaputowicz.

“Poland and Albania are both contributing to the security of the Baltic states. [...] Our two countries have deployed their soldiers as part of the battle group in Latvia. We are grateful to Albania for helping to make the countries at the Alliance’s eastern flank more secure. We are well aware that for years Albania has been an important NATO member that has contributed to security in this part of Europe. We hope that it will soon join the European Union,” said the Polish foreign minister, who also underscored Poland’s commitment to the EU’s enlargement into the Western Balkans.

“Poland strongly supports Albania’s membership of the EU, as well as the membership of other countries of the region. We make this position clear within the organization. We believe that the people of Albania should receive a clear message that the EU is open and awaits Albania, and that this membership would make the EU more culturally rich,” said Minister Jacek Czaputowicz. “We appreciate the Albanian government’s reform efforts; we are happy that they were noticed by the European Commission, whose report last April made an unconditional recommendation for the Council of the European Union to open accession negotiations. We hope that the Council will make a decision to this effect in June,” he added. The ministers agreed that the prospect of European integration is the only way to ensure the region’s security and stable growth.

Furthermore, Ministers Czaputowicz and Bushati inaugurated the Tirana Conference, which followed up on the announcement made by the Polish and Albanian prime ministers last December during Prime Minister Rama’s visit to Warsaw. The Conference’s aim is to share Poland’s pre-accession experience, which we believe can be instrumental in meeting EU requirements. The Polish side delegated experts in sectors which the Albanian partners identified as most relevant to future negotiations with the EU. These included institutional coordination of the negotiation process, the judiciary and fundamental rights, justice, freedom and security.

In his lecture at the Albanian Institute for International Studies, Minister Jacek Czaputowicz outlined the prospects of Poland’s and, more broadly, the EU’s policy towards the Western Balkan region, and spoke about the vision for Europe’s future.