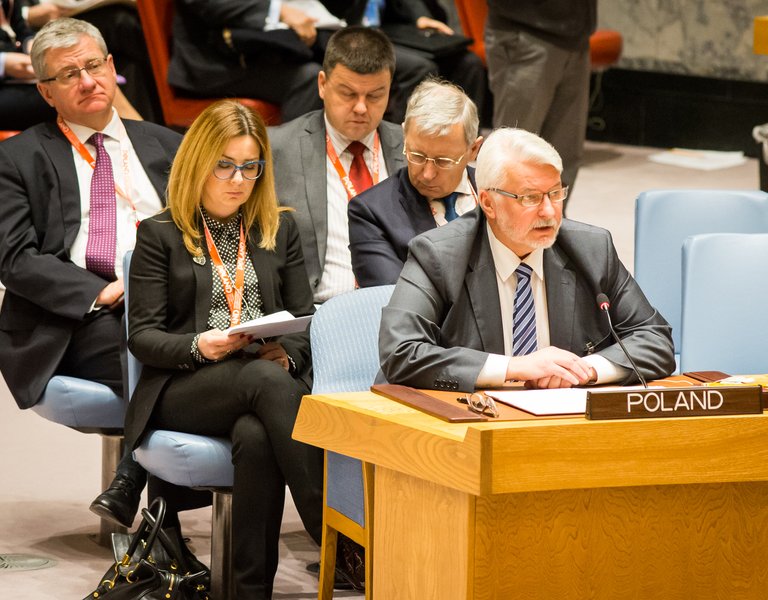 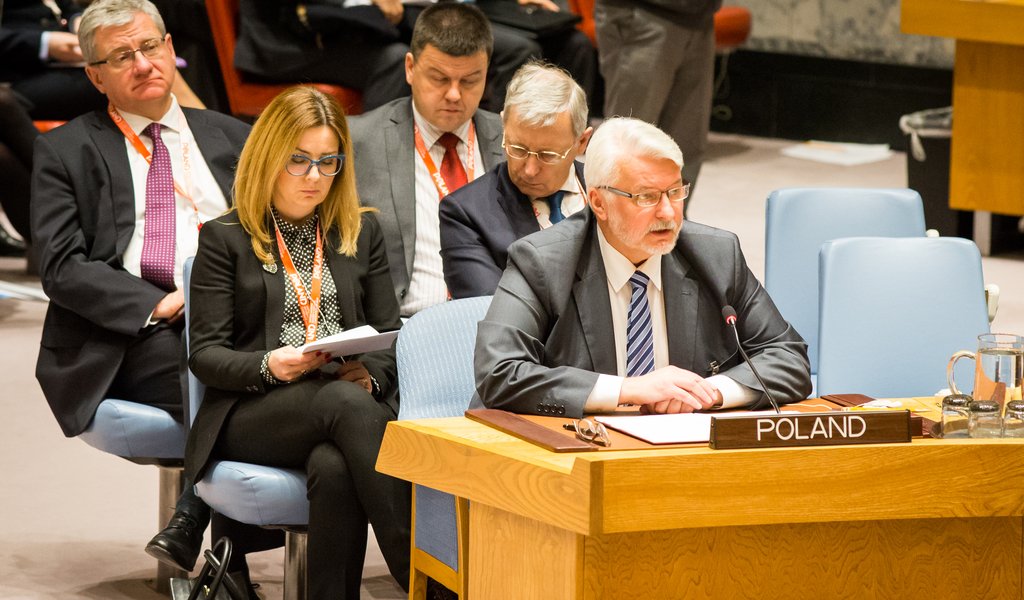 “Poland will continue its efforts to maintain international peace and security,” stressed the chief of Polish diplomacy during an open debate of the UN Security Council on conflict prevention and peacekeeping.

“Driven by the universal values of peace, stability and prosperity which lie at the core of Poland’s foreign policy, my country does not want to be considered a simple security consumer, but a reliable security provider,” Minister Waszczykowski stressed in his speech.

The chief of Polish diplomacy pointed out that, as one of the founding members of the United Nations, Poland has been involved in UN peacekeeping operations since as early as 1953. Minister Waszczykowski stressed that Poland has always been committed to helping those in need and restoring peace. So far, over 70 thousand Blue Helmets from Poland have served in different UN missions: from Haiti to the Middle East to the Balkans. “We are making efforts to increase our participation in UN operations,” declared the MFA head.

At the invitation of Swedish Foreign Minister Margot Wallström and the UN Secretary General António Guterres, Poland’s top diplomat also attended a meeting of foreign ministers and deputy ministers, held on the second day of his visit to New York. “We believe that the Security Council has a key role to play in conflict prevention and peacekeeping. We are impressed by the work and contribution of the Security Council and each of the countries to maintain peace and security,” said the minister.

During his two-day visit, Minister Waszczykowski received a lot of positive signals about support for the Polish candidacy to the UN Security Council. He also declared that in the coming months, Poland will continue an active promotional campaign to show that it attaches importance to international peace and security.

When in New York, the foreign minister also held a meeting with the former US national security advisor and Secretary of State Henry Kissinger. He also talked with General Michael Flynn, national security advisor candidate to the US president. The talks focused on US policy during the Donald Trump presidency and the most important challenges to international security. The meeting also provided an opportunity to present the Polish vision of transatlantic relations.

“I am satisfied,” concluded the minister. “Americans treat us as a reliable ally and promise to fulfil the decisions taken at the NATO summit. My interlocutors are aware of the problems in Europe. They confirmed that relations with Russia cannot be improved at the expense of the UE and NATO members, including Poland,” said the minister.