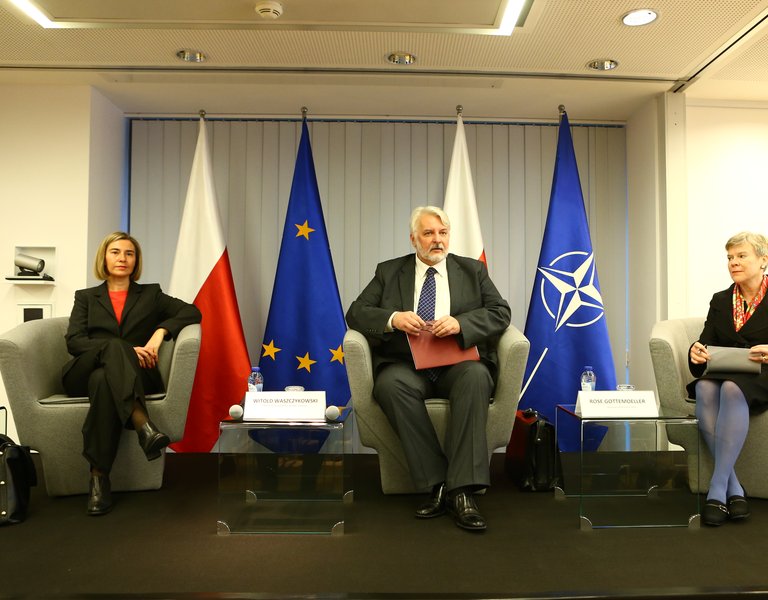 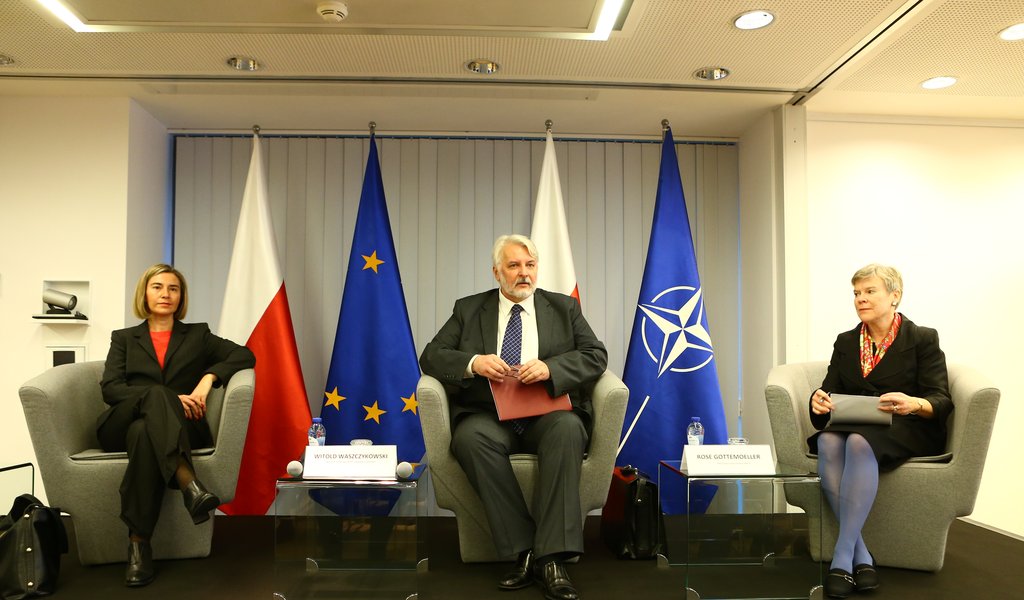 In his speech, the head of the MFA stressed that a closer EU-NATO cooperation is not a choice, but a necessity today, given the significant deterioration of security in Europe and its neighbourhood. “We are all aware that the image of Europe’s security is rather grim. Unfortunately, the open and optimistic Europe at the turn-of-the-century has given way to a soulless structure, uncertain of its identity and fearful about its future,” said Minister Waszczykowski. He noted that “it is high time Europe started to take its security and defence more seriously.”

Minister Waszczykowski said he supports the idea of a Common Security and Defence Policy (CSDP) that would make the EU a reliable and valuable partner for NATO. “Europeans need to invest more and better in their defence, while addressing the legitimate expectations of the United States that ask for a more balanced defence burden-sharing within NATO,” said the chief of Polish diplomacy.

The foreign minister recalled that “we will soon have a new US president.” “In this context, I think that we should not ask what America can still do for us, but rather to ask ourselves what we can do to help America remain our indispensable partner in security and defence in the coming turbulent times,” said Minister Waszczykowski.

In the context of the election of a new US president, NATO deputy secretary general underlined that “America has been engaged in NATO’s armed forces for 70 years now and changes of US Administration had not affected its engagement.” “We cannot afford to have separate armed forces for the EU and NATO,” Rose Gottemoeller added. She also thanked Poland for its “excellent preparation of the NATO summit in Warsaw.”

In his address, Minister Waszczykowski also commented on the recently adopted plan for strengthening EU’s security and defence that will be presented to the leaders of member states at the December summit in Brussels. At the same time he stressed that “in the future, there may be a need to create a European army; however, for the time being it is out of the question.” “It is obvious that NATO remains the cornerstone of European defence,” said the head of European diplomacy. She noted that “the EU and NATO follow separate paths, but we share the same goals.” “We want a more secure Europe,” stressed Federica Mogherini, adding that “The NATO defence planning process and the EU’s capability development plan should be harmonised.”

The conference, held at Poland’s Permanent Representation to the EU in Brussels, brought together a wide group of security experts from Europe and the United States. The event was co-organised by the German Marshall Fund of the United States.