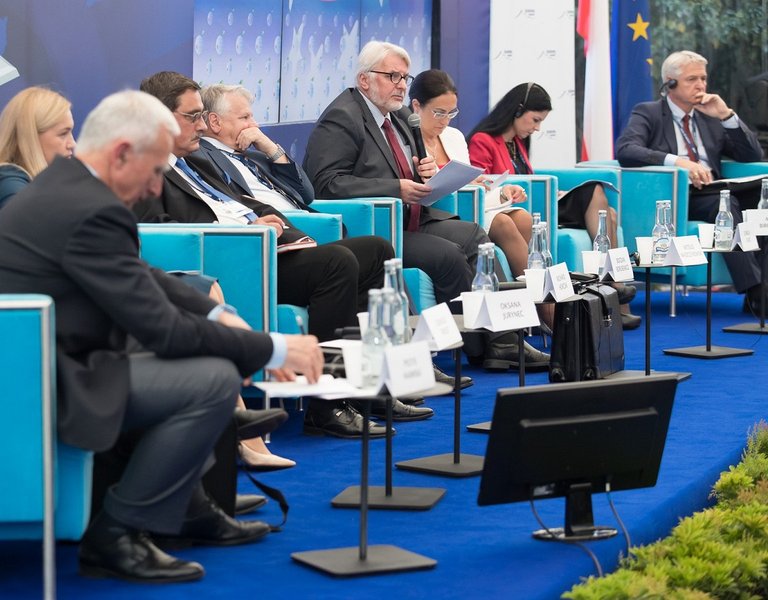 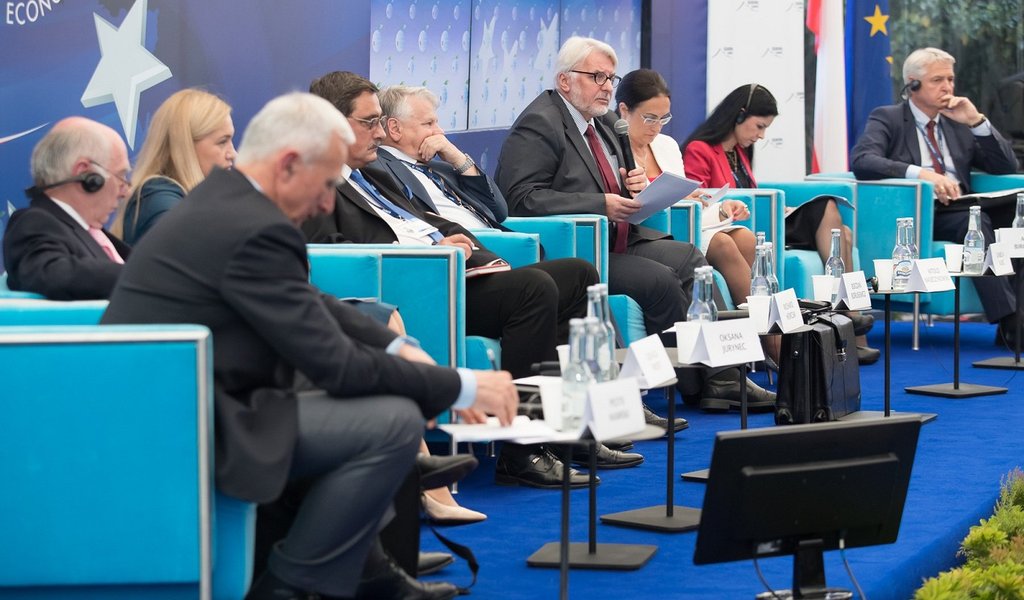 Minister Waszczykowski: the road to healing the EU runs through respect for member state sovereignty

Minister Waszczykowski: the road to healing the EU runs through respect for member state sovereignty and EU democratic procedures, Foreign Minister Witold Waszczykowski said at the Economic Forum in Krynica on Wednesday.

Speaking at a panel discussion dedicated to common values and common interests of the countries of the Carpathians, the head of the MFA said that states in this region are linked by their “attachment to democratic rules and the international subjectivity of sovereign nations, which is a result of our historical experiences”.

“This is a very relevant issue at the moment, in light of the crises facing the European Union,” Witold Waszczykowski said. He pointed out that the co-operation between Central-Eastern European countries is not aimed against anyone, it is rather aimed at strengthening the institution that they belong to.

“Our regional, Carpathian co-operation is a form of Plan B, not in order to oppose the European Union but something that within the EU helps us optimize our co-operation, our strengths and our ability to have greater influence on European policies, so that our region is important to Western Europe, rather than being merely a periphery for the centre of Europe in the form of the Berlin-Paris-Brussels triangle; a transitory area between East and West,” the minister stressed. He said that it was not a coincidence that one of the divides within the EU lay between “Brussels bureaucracy usurping various privileges and Central European states – our part of Europe, rooted in the respect of our rights”.

“On balance, we view our membership in the EU as positive for our economy and security, which is why the strategic aim for Polish foreign policy towards Central Europe is a continuation of our presence in the EU and completing its unification process,” Minister Waszczykowski said.

He added that Poland continues to use various forums to remind its foreign partners that the process of uniting the whole of Europe, a Europe that is free and democratic, is yet to be completed. “There are still many countries that are knocking on the gates of European institutions,” the foreign minister said.

“At the same time, we want European integration to remain a project that balances the path to unity with respect for diversity. That is why we expect that the integration process will maintain the balance between the competencies of EU institutions and the prerogatives of member states,” he added.

According to Witold Waszczykowski, respect for the equal status of all member states should also mean that the EU does have several different speeds of integration. “This is an important demand, not only from the perspective of member states but also for countries looking to join the EU,” the minister said.

He said that all countries of the region are interested in maintaining a high pace of economic development, which would in time allow them to match the prosperity and spending levels of Western European countries, as well as the competitiveness and innovation of their own economies.

This goal needs to be facilitated by a joint, and therefore more effective, position within the EU. It should, the minister said, aim to “maintain an active cohesion policy, which lies in the interest of the entire EU and boosts global competitiveness; climate policy, which will not reduce the competitiveness of European economies; energy policy, which will ensure the liberalization of markets and will act against blackmail attempts by monopolistic suppliers of raw materials and will provide transparent debate on the unification of the EU’s economic and fiscal policies so that they include the interests of our countries”.

Foreign Minister Waszczykowski said that countries in this part of Europe should make better use of the economic potential of regional co-operation. “Due to its location on the axis linking the countries of the Baltic Sea region, the Black Sea and the Adriatic, Poland lays importance on bolstering regional infrastructure in the area of energy and infrastructure,” he said.

Waszczykowski said that another issues that connects countries in the Carpathian region is “Russia’s aggressive revisionism, the effects of which have been painfully felt by countries such as Georgia and Ukraine”. “In this regard, our position is the same (…). It is incredibly important to strengthen the inner stability and resistance to external challenges faced by countries in the Eastern neighbourhood that have chosen to follow a European development path. This is, for example, the idea behind the Eastern Partnership,” Minister Waszczykowski said.