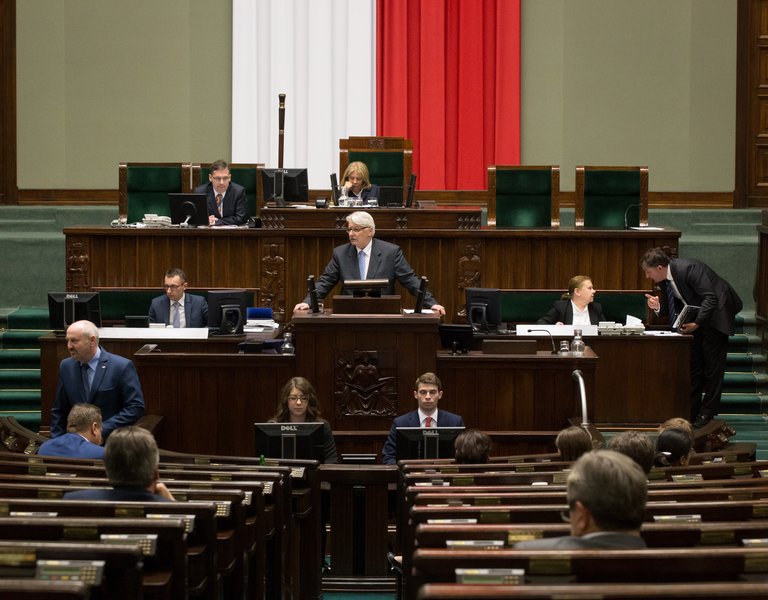 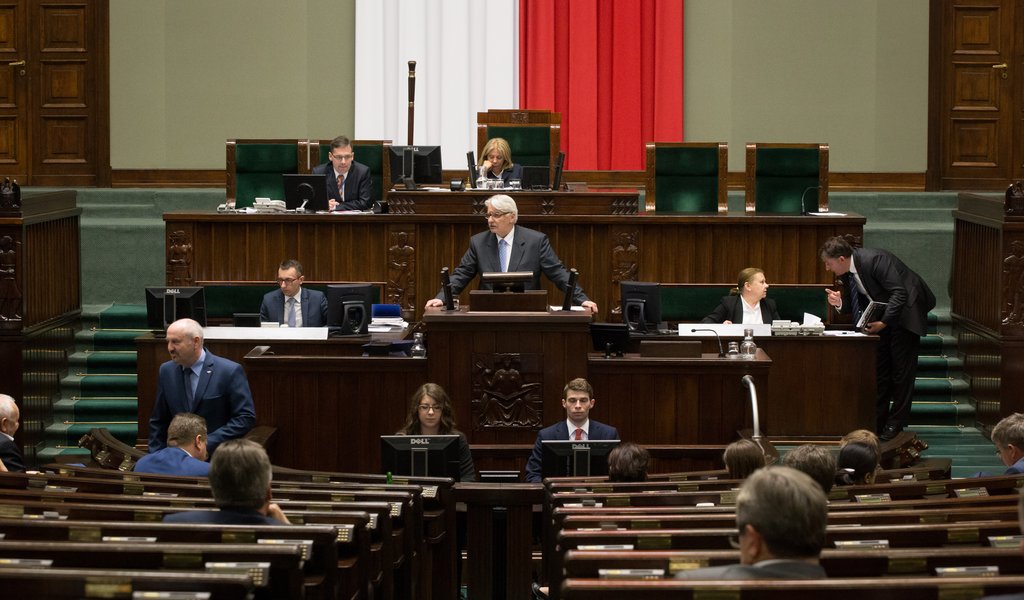 During a speech at the government’s session on Tuesday, Witold Waszczykowski said that the country’s foreign policy has had its subjective character restored over the past six months.

During this time, he said, the “region’s solidarity” has been rebuilt. “We are creating coalitions between Central-Eastern European countries, so that Poland can be the spokesperson for the region’s interests in the EU as well as NATO. In line with the late President Lech Kaczynski’s policies, we have built a big coalition of 16 countries that lies on the north-south axis of Central-Eastern Europe,” Poland’s chief of diplomacy said.

He also pointed to the Visegrad Group (composed of Poland, the Czech Republic, Slovakia and Hungary) and the Baltic States as important components of regional co-operation.

“Within the context of greater openness towards the East, we have held talks in Moscow and we are trying to maintain pragmatic relations. We have started a process of normalizing relations with Belarus,” Waszczykowski added.

“If the Prime Minister were to ask me about problems, then I would mention the fact that we did not foresee that our efforts to correct Poland’s foreign policy would be met so early on with such forceful and violent reactions, in particular abroad,” the Minister said.

He stressed that “in the months and years that we prepared to lead the country, we were set on enforcing a far-reaching correction of the Ministry’s diplomacy”.

“In our programme documents, which were created in 2014-2015, and later in various television programme during both parliamentary and presidential campaigns, we said that our way of leading diplomacy would be based on the sovereign will of the nation. We also believed that the foundation of our interests were rooted in the fundamental values of European civilization,” the Minister said.

“Without denying our international obligations, without denying our membership in the EU and NATO (…) we were open from the very beginning about our intention of implementing Poland’s national interest,” Minister Waszczykowski said.

The Polish Foreign Minister also said that his Ministry was honest in presenting the main dangers and challenges facing Poland, including “the crises that are taking places around Poland”.  “That is also why from the very beginning we made it our priority to ensure Poland’s security,” he said. He added that one of the means to improve Poland’s situation within this context was “evening out our security status within European institutions” and NATO.

Speaking about the situation in the EU, Minister Waszczykowski pointed to Poland’s participation in the “discussion on the European project”, which he said was connected to the “appropriation of powers belonging to governments through non-treaty bodies”.

Poland’s chief of diplomacy also spoke about the government’s strategy regarding the issue of immigrants and refugees. “We have made it clear that as a country in the East, neighbouring a big conflict between Russia and Ukraine that remains unresolved, we have to make it our priority to focus on the problem of refugees and immigrants in the East, in particular Ukraine,” he said.

Waszczykowski said that economic diplomacy was also one of his Ministry’s foreign policy priorities in the first six months. He reiterated statements made earlier by the Deputy Prime Minister and Minister of Development Mateusz Morawiecki about plans to create an agency promoting Poland’s economic interests around the world.

Minister Waszczykowski pointed out that Poland’s diplomatic activities went beyond Europe. He said that a visit by the Chinese leadership and a “large economic delegation” is expected in the near future.

He also mentioned the launch of the Poland.pl portal, as part of new public diplomacy efforts.