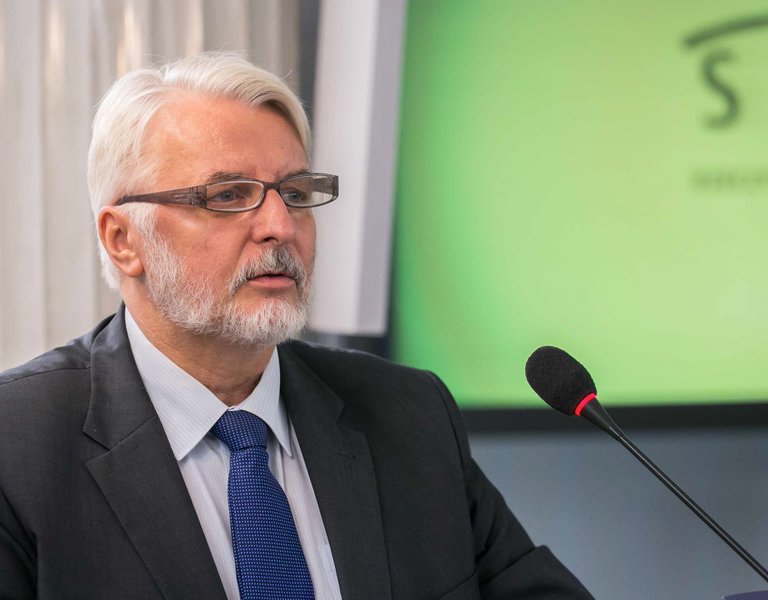 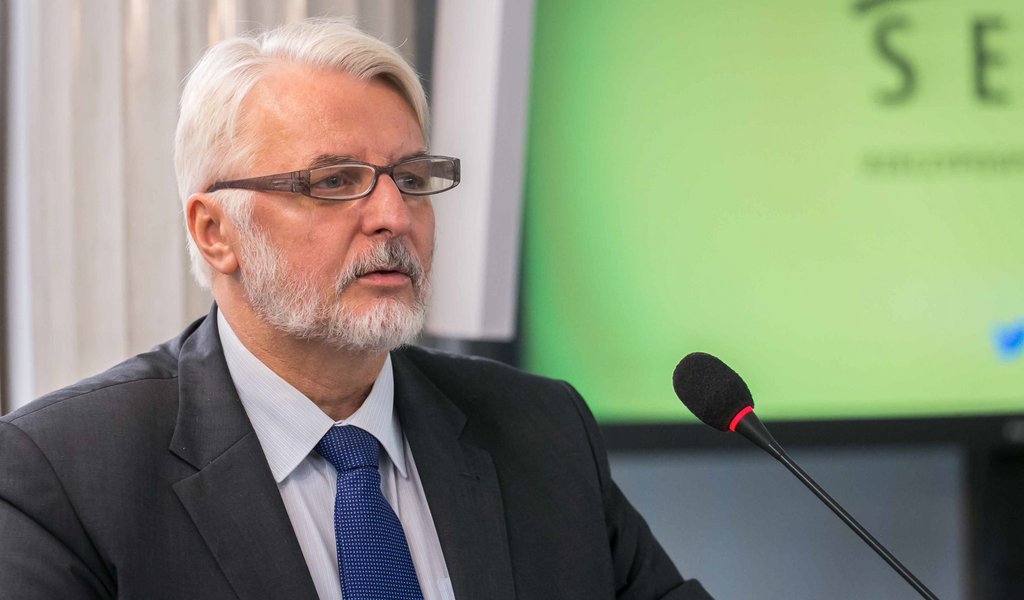 The tender for Caracal utility helicopters, the need to reform the European Union after Brexit, Poland’s vision of the functioning of the EU, and documents that could shed new light on the plane crash near Smolensk were covered by Minister Witold Waszczykowski who appeared on TVP Info’s 24 minuty anchored by Krzysztof Skowroński.

Commenting on the end of the talks with the French side on the purchase of Caracal helicopters by Poland, the head of the MFA stressed that he regrets that the talks stalled. “Too bad (...), because right now, when this contract has been suspended, (...), when the French president would come with at least a part of the government, perhaps his visit could be a breakthrough,” noted Minister Waszczykowski. He also said that in this situation another way of cooperation should be found.

“Even though this is the end of the talks concerning that particular number of utility helicopters, still, Poland needs different types of helicopters,” the minister told Skowroński. He added that Poland did not exclude the possibility of starting talks concerning the purchase of other types of military combat equipment. “Poland wants to purchase various types of weapons, even such big and heavy ones as submarines that are produced by France,” commented Poland’s top diplomat.

Minister Waszczykowski also said that on Monday, he met with Michel Barnier, a French politician and former minister of foreign affairs, who has recently been appointed the EU's chief Brexit negotiator. The talks focused on the need to reform the European Union which, as Brexit has shown, did not function properly. “Brexit is the result of certain mistakes made in the EU’s decision-making mechanisms and we want to fix these mechanisms,” said Minister Waszczykowski.

Minister Waszczykowski added that some European institutions need deep reform. “The European Council must be defined anew; the European Commission must be reinterpreted anew in terms of its activity which should be that of the guardian of the treaties rather than an initiator of new interpretations of the adopted European treaties,” said the chief of Polish diplomacy.

Asked about the attitude of other member states to Polish reform proposals, minister Waszczykowski assured Skowroński that he has heard both positive and negative comments. “We hear comments from which it transpires that other states care about this issue and see the need to sustain European cooperation. Today the negotiator Mr Barnier stressed that it would be good for the 27 member states to have a common position vis-à-vis the UK," remarked the chief of Poland’s diplomacy.

Minister Waszczykowski stressed that given the challenges facing the European Union, its transformation is unavoidable. “Europe must undergo a metamorphosis. Brexit cannot be just a divorce from the UK, a rearrangement of relations with this country. Europe must reflect on the mistakes it has committed. If the world’s fifth largest economy wants to get out of Europe, if we have to talk about new European reforms that means that mistakes are in the decision-making mechanisms,” stressed Poland’s foreign minister.

The plane crash near Smolensk was another significant issue covered during the interview. Minister Waszczykowski stressed that the Russian side still does not intend to return the wreckage of the presidential Tupolev. He added that his ministry continues to verify information about mistakes committed by the Polish side at the time the head of state’s visit to Russia was being prepared. “I have found documents that show that from 2008 until the time the plane crashed near Smolensk the interest of Poland, the interest of security was played with; efforts that were made to separate President Lech Kaczyński from Polish foreign policy, Polish security policy. This is something that we will be disclosing,” said the minister.

“There are also documents about the sometimes appalling conduct after 10/4, for example, many embassies informed me that for five years no contact was made with key international institutions, key countries, our allies for the purpose of requesting some kind of assistance in the investigation, not to speak of assistance to get back the wreckage,” stressed the head of Polish diplomacy.