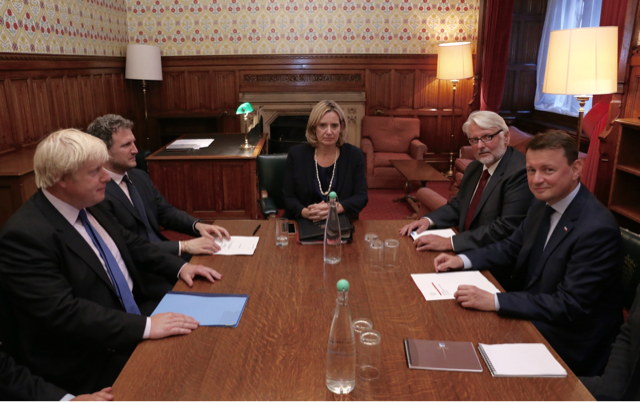 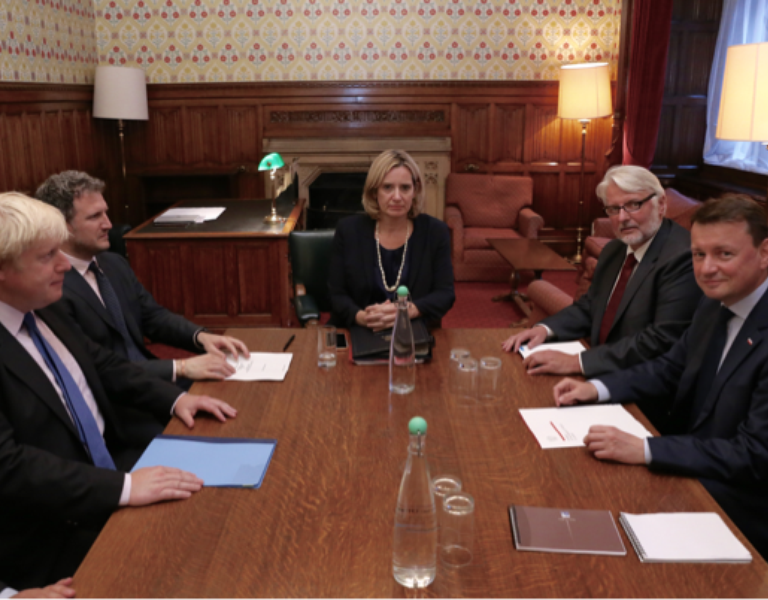 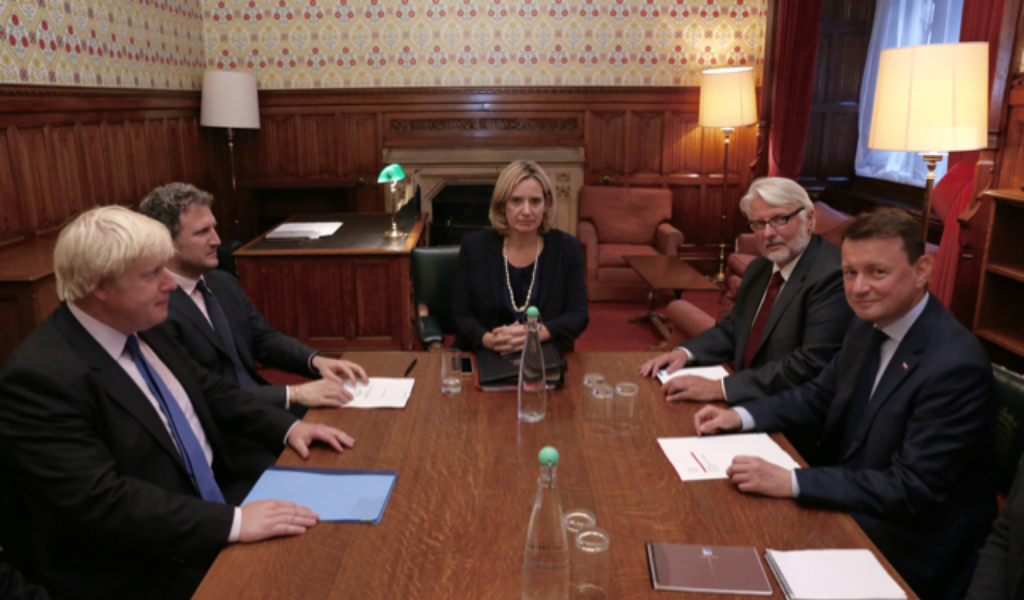 “We have come here with Minister Mariusz Błaszczak to find out on the spot what’s the situation and status of Poles living in Great Britain,” Poland’s top diplomat said during his visit to London.

Minister Witold Waszczykowski and Interior Minister Mariusz Błaszczak have gone on a quick visit to London to hold talks with British authorities about the recent incidents which targeted Polish nationals living in the UK. At the House of Commons, the Polish ministers discussed the matter with the UK’s Home Secretary Amber Rudd and Foreign Secretary Boris Johnson. The officials assessed the current situation, and considered methods of preventing similar incidents from happening in the future.

“For dozens of years, a sizeable population of Poles in the UK experienced no problems, suffered no harm. Incidents targeting Poles began to occur several months ago, in the margins of a heated campaign before the Brexit decision and after the referendum,” noted the chief of Polish diplomacy.

Following his meetings with UK cabinet members, Minister Waszczykowski said that the Polish public was concerned about the acts of violence against Poles. “We are obliged to the many British politicians who condemned the attacks,” stressed Minister Waszczykowski. As the Polish foreign minister observed, Prime Minister Theresa May, Foreign Secretary Boris Johnson and other leading British politicians condemned the recent incidents. “Today we have talked in detail about how to get out of this situation, how we can help, what we can expect, and how British authorities can ensure the safety of Polish nationals,” he added. At the same time he expressed his belief that cooperation among the competent British services, the Polish embassy in London, the British public, and the Polish community will promptly put an end to acts of aggression, which unnecessarily overshadow good relations between Poland and the UK. “We have reminded the UK government that the Poles integrate well with British society, work hard, pay taxes, and deserve safety and protection,” emphasized the chief of Polish diplomacy.

In Minister Waszczykowski’s view, measures to prevent similar tragedies from happening in the future should include as their important element a long-term campaign raising British society’s awareness of the Polish contribution to its social, economic and cultural life, and of the common Polish and British fight for freedom during the Second World War.

At the Polish Embassy in London, the Polish delegation also met with representatives of the Polish community in the UK, assuring them of the importance that Prime Minister Beata Szydło’s government attaches to the safety of Polish citizens abroad.