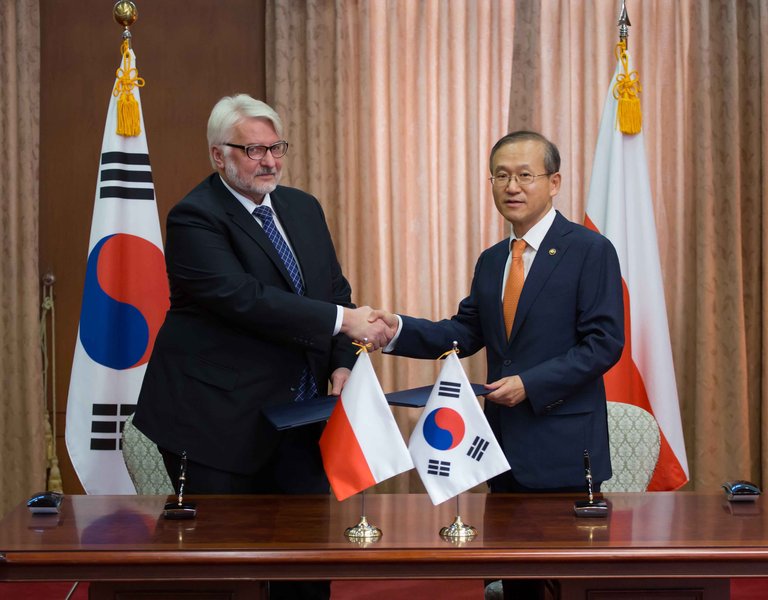 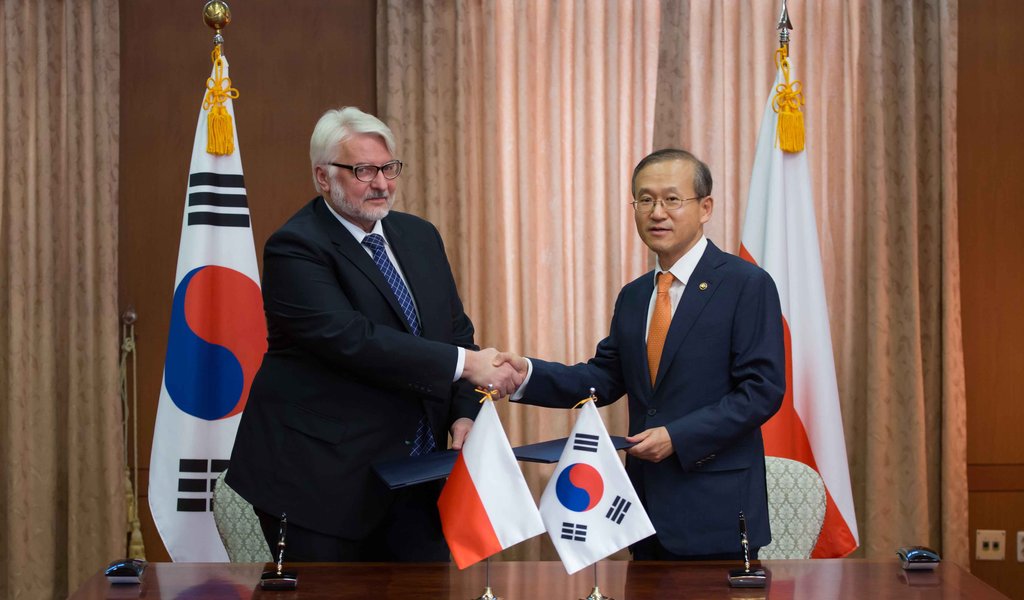 On 18 October, Minister Witold Waszczykowski has begun his visit to the Republic of Korea. The chief of Polish diplomacy is accompanied by Deputy Economic Development Minister Tadeusz Kościński, Deputy Treasury Minister Mikołaj Wild, and Polish business leaders. The visit began with a symbolic inauguration of the Warsaw-Seoul direct flight service, to be operated by LOT Polish Airlines.

The Polish national carrier’s third direct link with Asia, after Beijing and Tokyo, is proof of Poland’s opening to the Asian continent. “After our direct flights to China and Japan, we are now launching a direct service to the Republic of Korea. This goes to show the political and economic importance we attach to cooperation with the Republic of Korea,” said Minister Waszczykowski.

On Tuesday, Minister Waszczykowski met in Seoul with the First Vice Minister of Foreign Affairs, Lim Sung-nam, and the Unification Minister, Hong Yong-pyo. The discussions were devoted to Polish-Korean strategic cooperation, and economic relations.

“We’ve had good and fruitful talks with Vice Minister Lim, which confirms the potential of our relations. At the meeting we signed the Action Plan for the Implementation of the Strategic Partnership for the Years 2017-20, which lays out a roadmap for further actions. I forwarded to Minister Lim President Duda’s invitation for Korean President Park Geun-hye to visit Poland. As the Visegrad Group presidency, we would like Madam President’s visit to Poland to coincide with a Visegrad Group – Republic of Korea summit,” underscored the Polish foreign policy chief.

Poland-Korea economic cooperation was high on the agenda of Tuesday’s talks. “Polish businesspeople cannot miss the chance that’s arising for them in Asia. Poland’s diplomacy will be helping them. We’re aware of the growing political, economic and demographic potential of Asian countries, notably the Republic of Korea,” observed Minister Witold Waszczykowski. “We look forward to the Korean industry becoming more engaged in Poland, and hope this will translate into new technology centres that will ensure the transfer of modern technologies. The Polish government will be supporting such investments,” added the minister.

Other topics raised during the talks included security on the Korean Peninsula, the latest developments in eastern Ukraine amid the conflict with Russia, and Poland’s candidacy for a non-permanent member of the UN Security Council in 2018-19.