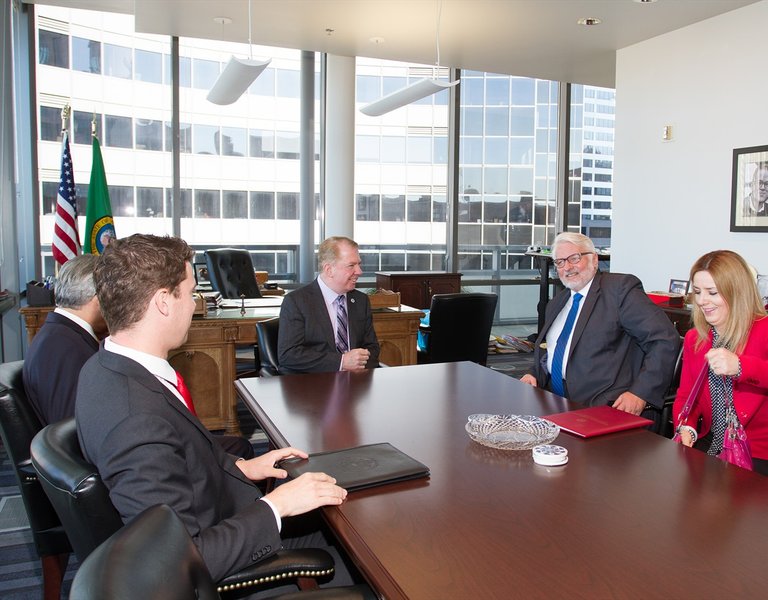 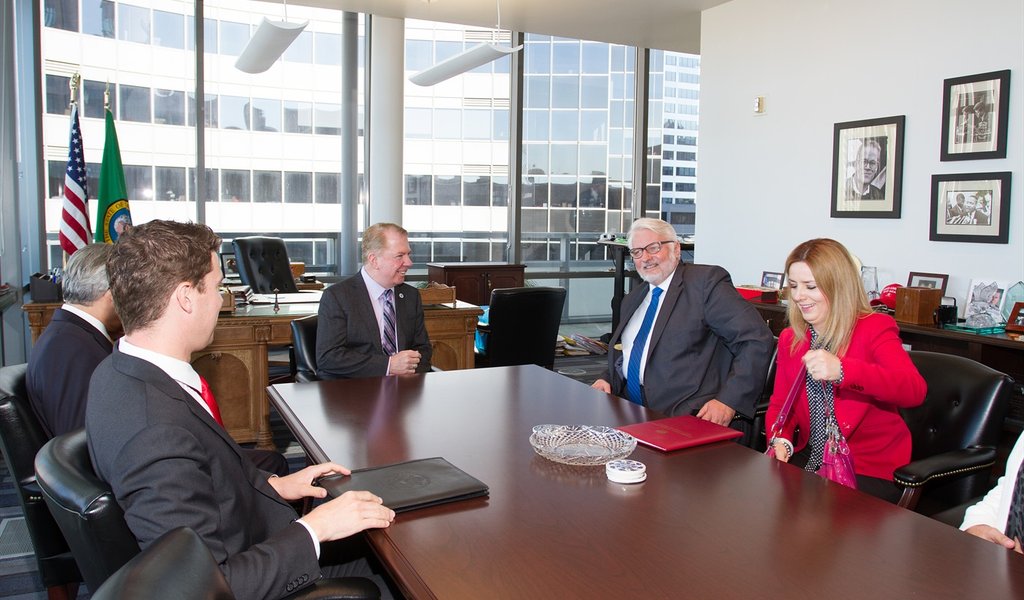 The strengthening of economic and political ties between Poland and the United States was the main topic of a visit to Seattle by the chief of Polish diplomacy. Minister Witold Waszczykowski discussed the issue with American politicians, business leaders, and Polish community members.

In a meeting with Mayor of Seattle Ed Murray, Minister Witold Waszczykowski noted that security and the economy are the priorities of bilateral relations. “Poland advocates US presence in Europe, which is necessary to maintain security,” declared the Polish foreign minister, who also expressed his hope that fruitful cooperation will continue with the next administration in Washington after the presidential election on 8 November.

Moreover, Minister Waszczykowski met with representatives of Microsoft and Boeing and their Polish staff. He was also hosted by the Polish-American Chamber of Commerce Pacific Northwest. Poland’s top diplomat encouraged the Polish community and US investors to invest in Polish start-ups and high-tech companies. “Poland is a major destination for investment in Europe, with a well-educated, flexible and relatively young workforce that follows high standards of work ethics,” argued the minister. He went on to say that “Polish-American relations can be held up as an example of excellent strategic relations, which are founded on shared values and mutual respect, and make an important contribution to European and transatlantic stability.”

At a meeting with Polish community members hosted by the Polish Home Association in Seattle, the foreign minister stressed that maintaining close ties with the Polish Americans continues to be a priority for Polish diplomacy. “We want the Polish community to be an influential and noticeable national group in the United States, and to help develop economic cooperation between Poland and the US,” said the chief of Poland’s diplomacy. At the same time he underscored that economic cooperation, which is going from strength to strength in Seattle, the business capital of the US West Coast, is the second major objective of collaboration with the Polish diaspora. “We are proud that so many Polish specialists work with some of the world’s biggest companies, such as Boeing and Microsoft, which are headquartered in the State of Washington,” said Minister Waszczykowski. ‎