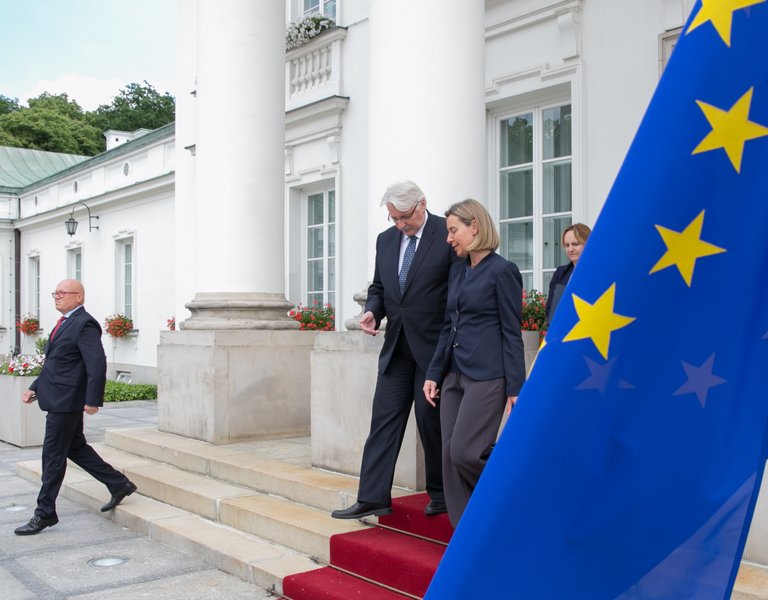 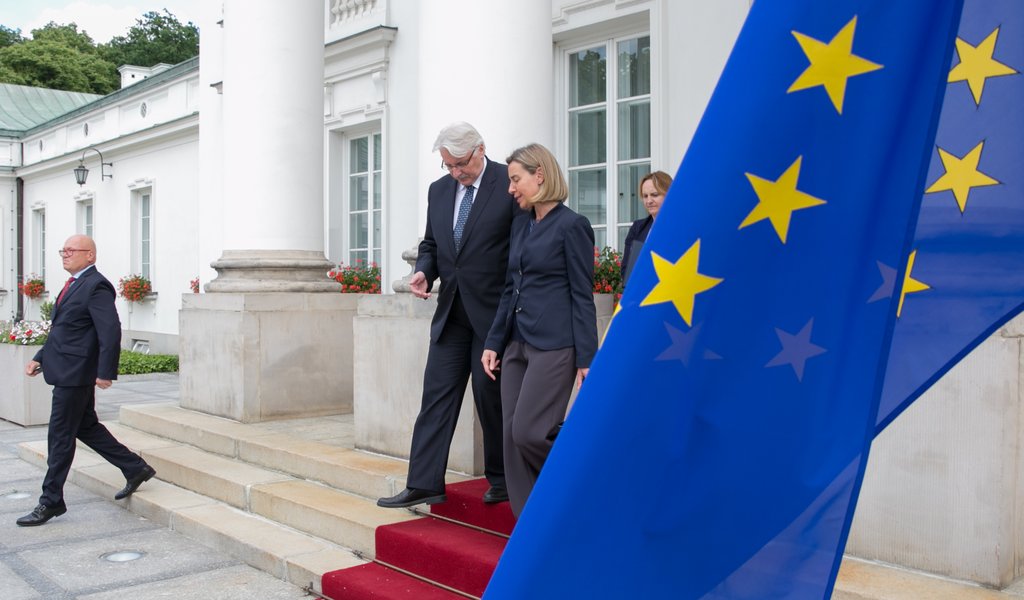 Mogherini in Warsaw on EU Global Strategy and NATO-EU relations

The EU High Representative for Foreign Affairs and Security Federica Mogherini met with representatives of the Polish government on Thursday, with whom she discussed her EU Global Strategy document, relations with NATO as well as the future of the Eastern Partnership.

Mogherini was in Warsaw on a one-day visit. In the morning she met with President Andrzej Duda. The EU High Representative then met with Polish Foreign Minister Witold Waszczykowski. Mogherini’s visit to Poland was concluded with a meeting with Prime Minister Beata Szydlo.

During their meetings, the EU’s head of diplomacy and Polish officials discussed the EU Global Strategy, a document prepared by Mogherini.

Poland’s head of the MFA said that Mogherini would publish the document in a few weeks time, just before the July NATO Summit in Warsaw. He stressed that the document is important as it “describes the world, Europe and presents us with the instruments that are at our disposal”.

The EU High Representative said that Poland provided her with “very strong support” in helping her putting together the document. She added that she is personally counting on Poland’s help in implementing and supervising the strategy. According to Mogherini, the EU Strategy is not only a piece of paper but also an important indicator of EU policy.

Mogherini: work on the declaration is “progressing well”

The EU High Representative also talked to Polish politicians about NATO-EU relations within the context of the upcoming NATO Summit in Warsaw. President Duda said that a joint EU-NATO declaration was currently being worked on. He said that it would focus in particular on “hybrid and cyber threats, as well as security co-operation in Southern and Central-Eastern Europe”. 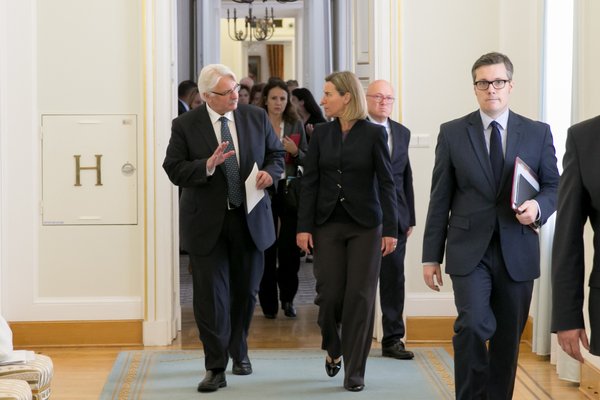 Mogherini said that work on the join declaration was “progressing well”, and President Duda pointed out that the final consensus regarding its content would be reached in Brussels during meetings between foreign ministers and the NATO Secretary General. Duda also said that both he and the High Representative hoped that the document would be signed “in conjunction with the NATO Summit in Warsaw”. Waszczykowski said that NATO-EU relations would be the subject of one of the sessions at the Summit. He added that the EU Global Strategy would be one of the central points of debate.

Mogherini: “all sides must fully implement the Minsk Agreements”

Waszczykowski and Mogherini also pointed out that relations between the EU and NATO were being tightened. The EU’s head of diplomacy also said that the Warsaw Summit will be “a great opportunity to stress all the areas that the EU and NATO can co-operate in and create added value”. She also pointed out that NATO and the EU are “two different organisations, with different reasons for their existence”. Another issue covered during Mogherini’s meetings in Warsaw was the EU’s eastern policy, in particular the Eastern Partnership. Within this context, Mogherini talked about the conflict in Ukraine, emphasising that the EU maintains the position that “all sides must fully implement the Minsk Agreements”.

She also spoke out in favour of  “active support for Ukraine” in its “efforts to implement reforms”. The President said that both he and the EU High Representative agree that the fundamental element of Russia-Ukraine relations should be the respect of international law and for Ukraine to regain control over its borders. “It is also within this context that we should approach the issue of sanctions against Russia,” he added.

Konrad Szymanski, Deputy Foreign Minister and Secretary of State for European Affairs, who also attended the meeting with Prime Minister Szydlo, said that Mogerhini and the Polish government “were of the same mind” regarding sanctions against Russia. Mogherini also emphasised Poland’s positive contribution to the EU’s foreign and security policies.

During her meeting with the EU High Representative, Prime Minister Szydlo brought up the issue of lifting EU visas for citizens of countries that fulfil all technical conditions (in particular Ukraine, Georgia and Kosovo). According to Szymanski, Mogherini and Szydlo agreed that countries that fulfil the technical conditions for visa-free travel “should not be faced with any political obstacles in obtaining visas”.

During her press conferences on Thursday, Mogherini underlined Poland’s positive contribution to the EU’s foreign and security policies as well as its role in resolving and preventing crises in the EU neighbourhood. In particular, the EU High Representative pointed to Poland’s role in shaping the EU’s eastern policy as well as its good relations “with all partners in the East”.

“The fact that Poland is contributing to the development of the EU in such a determined fashion, is something that we value very highly. We look forward to continued co-operation in the lead-up to the NATO Summit and after it, when we will present Europe’s Global Strategy,” the EU High Representative said.