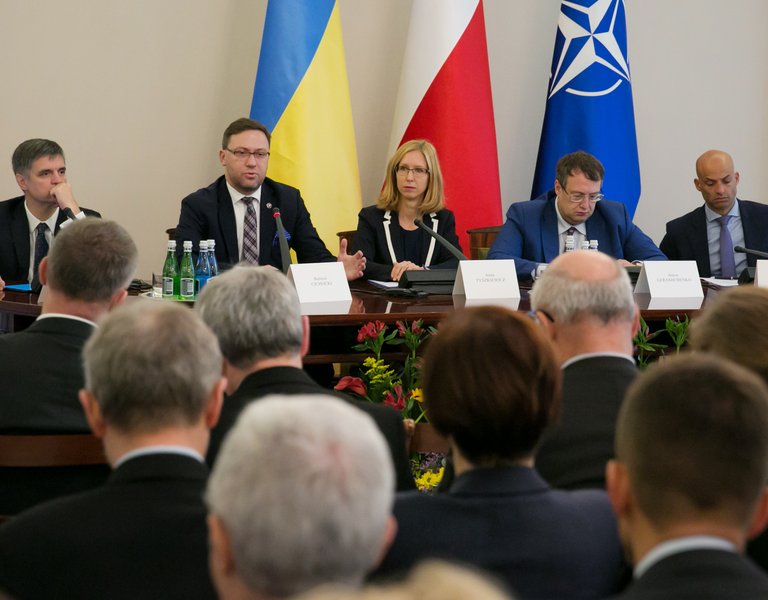 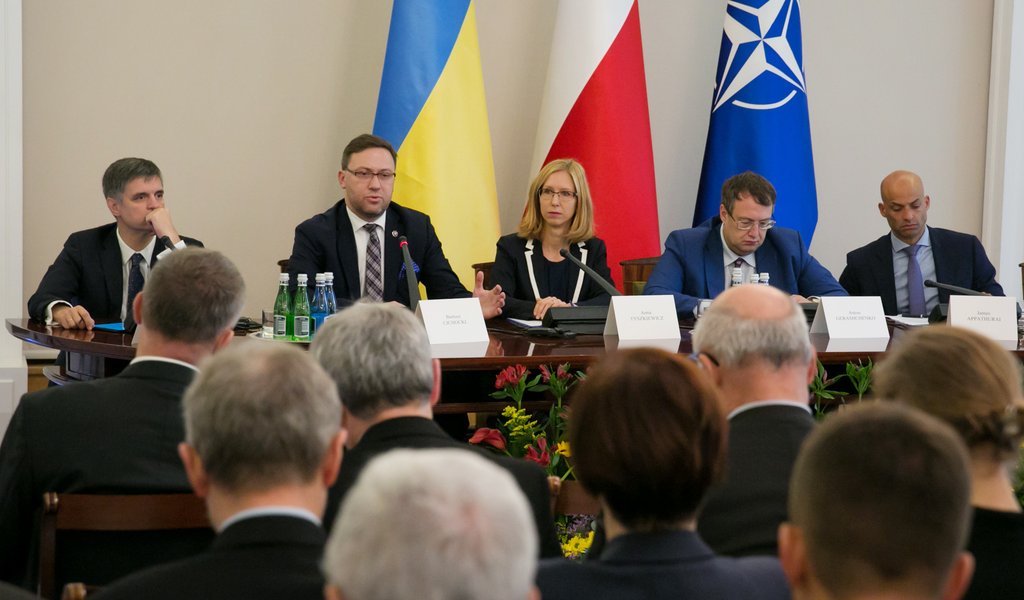 NATO-Ukraine cooperation in the face of hybrid threats

The "Crisis Management and Strategic Management in the Hybrid Warfare Environment" seminar was jointly organized by the Ministry of Foreign Affairs, the National Security Bureau and Ukraine’s National Institute for Strategic Studies.

Deputy Minister Bartosz Cichocki stressed the importance of the NATO initiative in the face of the growing threat from Russian hybrid activities. He pointed out that it covers a wide range of instruments – from media campaigns, hacking and terrorist attacks, to operations carried out by intelligence services. The deputy head of the Ministry of Foreign Affairs presented proposals for future projects of the NATO-Ukraine platform. He expressed his hope that it would become an important forum in finding active ways to counter hybrid threats.

More than 100 experts took part in the Warsaw meeting. These included staff from NATO Headquarters, 21 NATO member states as well as a dozen members constituting the Ukrainian delegation. Also represented was the Helsinki-based European Centre of Excellence for Combating Hybrid Threats, of which Poland is a member.