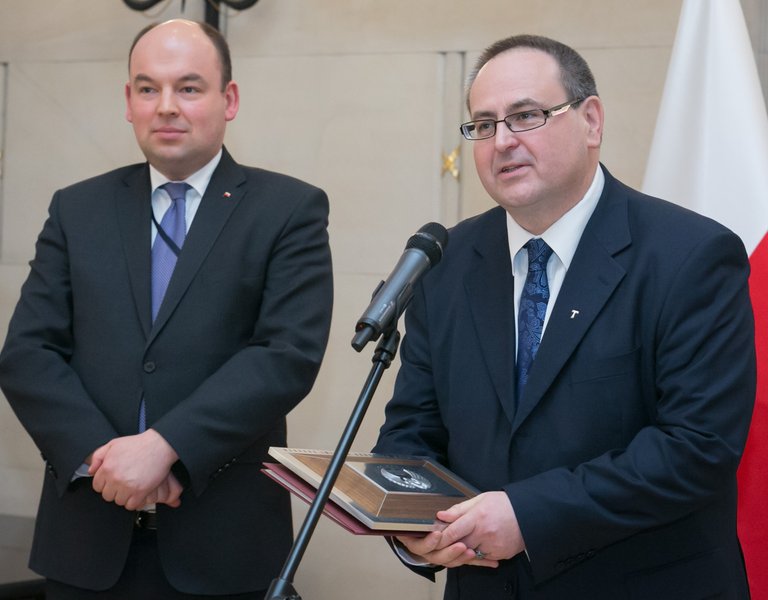 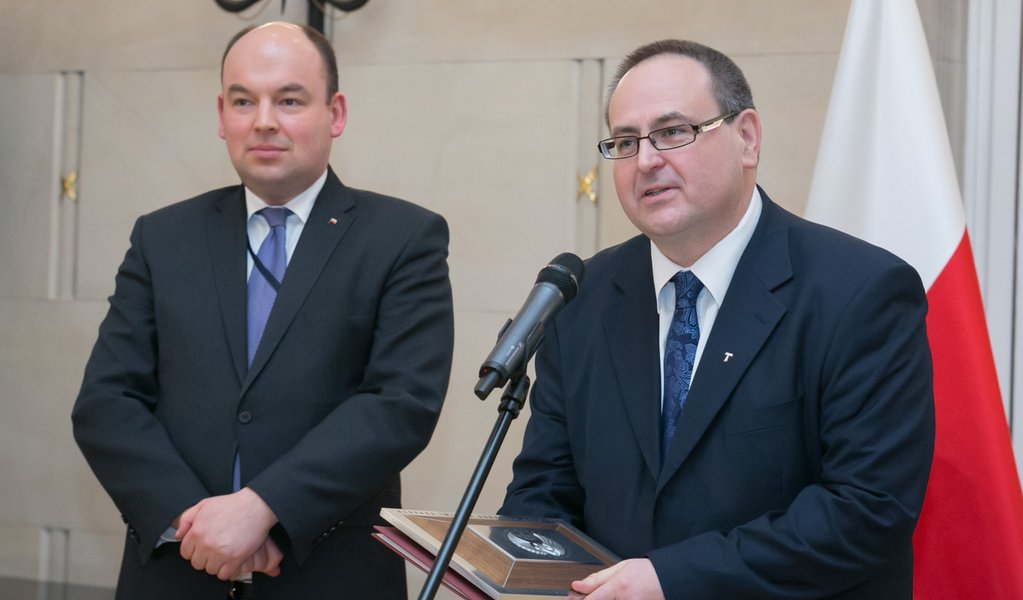 People’s gratitude is the biggest reward

“I think that this award is not so much an award for me personally, as for the whole office. The work of a consul consists not only of individual work, it requires teamwork,” Slawomir Kowalski, the Polish consul in Norway and the winner of this year’s Andrzej Kremer “Consul of the Year” Prize, told Poland.pl. The prize is awarded by the Ministry of Foreign Affairs to a member of the Republic of Poland’s consular staff in recognition of his achievements.

The "Consul of the Year" Prize was established in 2010 in commemoration of the distinguished service to Poland’s consular structures by the Undersecretary of State in the Ministry of Foreign Affairs Andrzej Kremer, who died tragically on 10 April 2010 in the plane crash near Smolensk.

Slawomir Kowalski was awarded the "Consul of the Year" Prize for his competent work and skillful co-operation with the local authorities regarding issues pertaining to Polish minors in the care of the Norwegian social services.

Poland.pl: What are the main challenges facing a Polish consul in Norway?

Sławomir Kowalski, Polish consul in Norway: Firstly, there is a large number of Polish citizens residing in Norway. There are around 100,000 Poles, whilst the population of Norway is a little over 5 million. Poles make up the largest immigrant group in Norway. Of course, this means the consular service has a large workload.

This applies not only to the issuing of passports or officiating marriages, but also to many other issues including in particular the provision of various types of assistance to migrant workers in their dealings with the Norwegian authorities. On top of this, we deal with various life situations of people whose job-oriented move to Norway did not produce the results they were hoping for.

In addition, there is a whole series of matters related to social policy, which is different in Norway and Poland. Poles often come to Norway unprepared, without the knowledge of the differences between Poland and Norway, including differences in the law. These contrasts can sometimes be very difficult, especially in cases relating to underage Polish citizens in the care of the Norwegian social services.

Which issues are the most difficult to deal with?

The most difficult cases are those related to social issues. Some of them go on for many years. One case concerning the care of a Polish minor has lasted for over five years now. Our efforts are therefore long-term in nature.

These are difficult issues because they require the consul to be able to work with others, including psychologists, lawyers. A consul has limited legal instruments at his or her disposal in these matters, which is why the ability to enlist the help of others is very important.

Which specific achievement helped you win the “Consul of the Year” prize?

I think that this award is not so much an award for me personally, as for the whole office. The work of a consul consists not only of individual work, it requires teamwork. I do not feel that I have distinguished myself in any special way. However, if it is indeed possible to pinpoint something of the sort then it is the specific nature of the workplace, in which care of minors is the dominant challenge. The problems that I'm talking about, are themselves recognized along with the solutions applied to resolve them.

What is the concrete nature of the problem regarding care of underage Polish citizens in Norway?

It usually applies to families who have lived in Norway for several years. The Norwegian institution dealing with the care of minors is an institution that was specially established for this purpose. The consul intervenes in a situation in which national or international rights have been violated. These rights are not properly observed when the Convention on the Rights of the Child is not applied as it should be.

Above all, I have in mind here the fact that forced separation from family leads to irreversible trauma for the child. The opinion that one sometimes hears that "it is better to separate the child preventively" before it is too late, is an approach adopted by a person that has no idea what a child’s separation from his or her family actually entails.

Unfounded separation from parents is one of the greatest forms of violence that a child may experience when it comes to psychical violence. These are situations that should really be used as a last resort.

Poland’s large immigration waves have, unfortunately, meant that Poles in some countries, such as the United Kingdom, have fallen victim to crimes based on their nationality. Are Poles in Norway also victims of such attacks?

There are no attacks on Poles in Norway. However, difficult relations leave its mark on human psyche. The most serious problem for Poles living in Norway is depression. This is indeed not only a Polish problem, it just as much concerns Norwegians. This is no doubt influenced by external conditions such as the short day. However, cultural differences, with which some migrants cope better than others, also play a role.

What are these differences?

These are mainly differences of a historical and geographical nature. Poland lies in the middle of Europe. Contacts with various neighbours are natural to us, even if they are sometimes problematic. Norway is a country situated on the northern frontiers of Europe, which has a significant impact on its relations with other countries. In fact, historically Norway mainly had relations with the other Scandinavian countries.

Interestingly, Stanislaw Przybyszewski, the Polish writer, poet, playwright and novelist, who was married to the Norwegian pianist Dagny Juel, is a very important figure in Norwegian culture. His views landed on very fertile ground in Norway, as can been seen in Norwegian art from this period.

What gives you the most satisfaction in your work?

The gratitude of people and the fact that helping others is the greatest satisfaction that a consul can have in his professional life. It is a very specific kind of tangible reward.

It is often the case that by acting accordingly we manage to transform a hopeless situation in such a way that we gain control over it or find a way out of it.